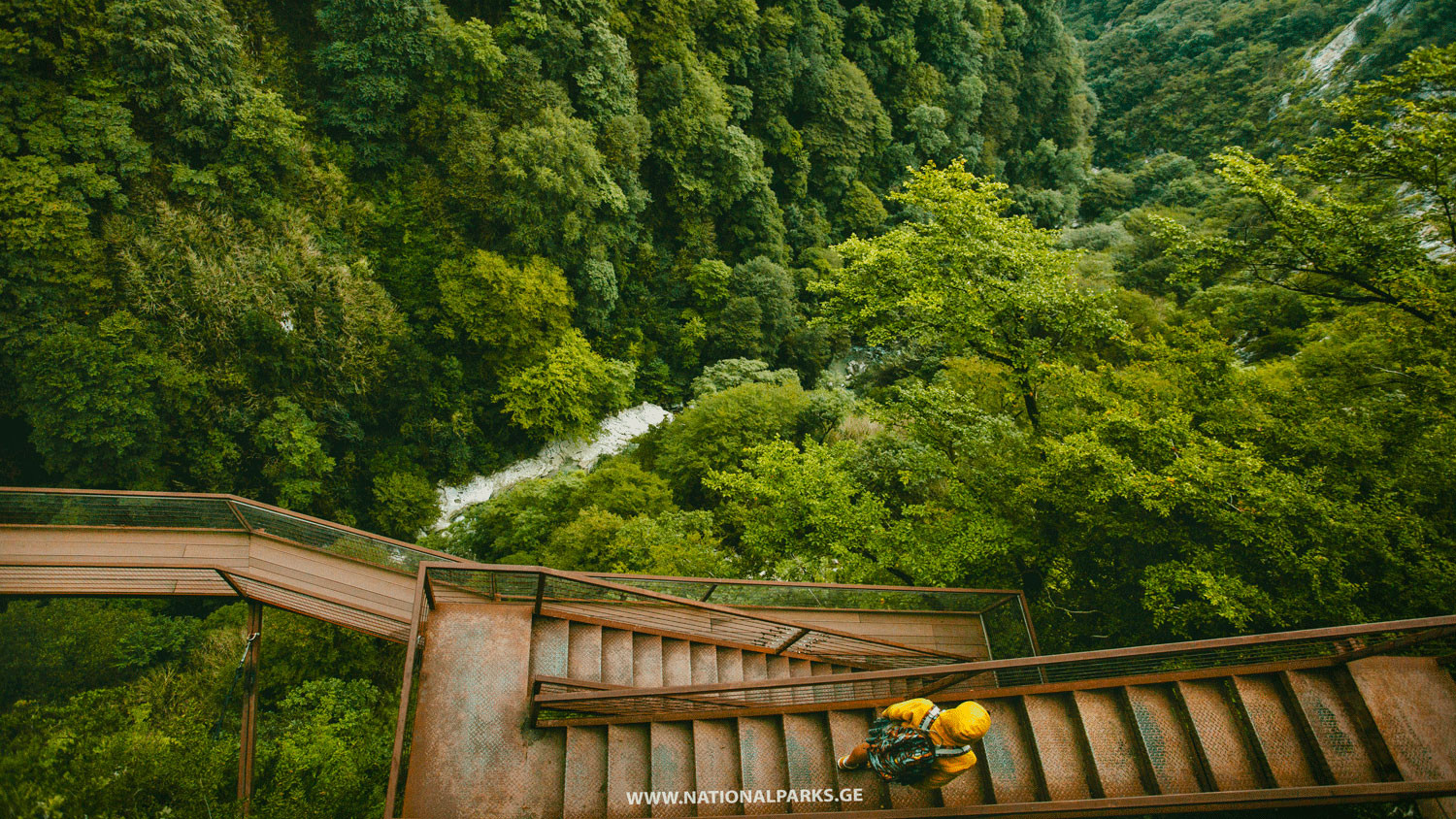 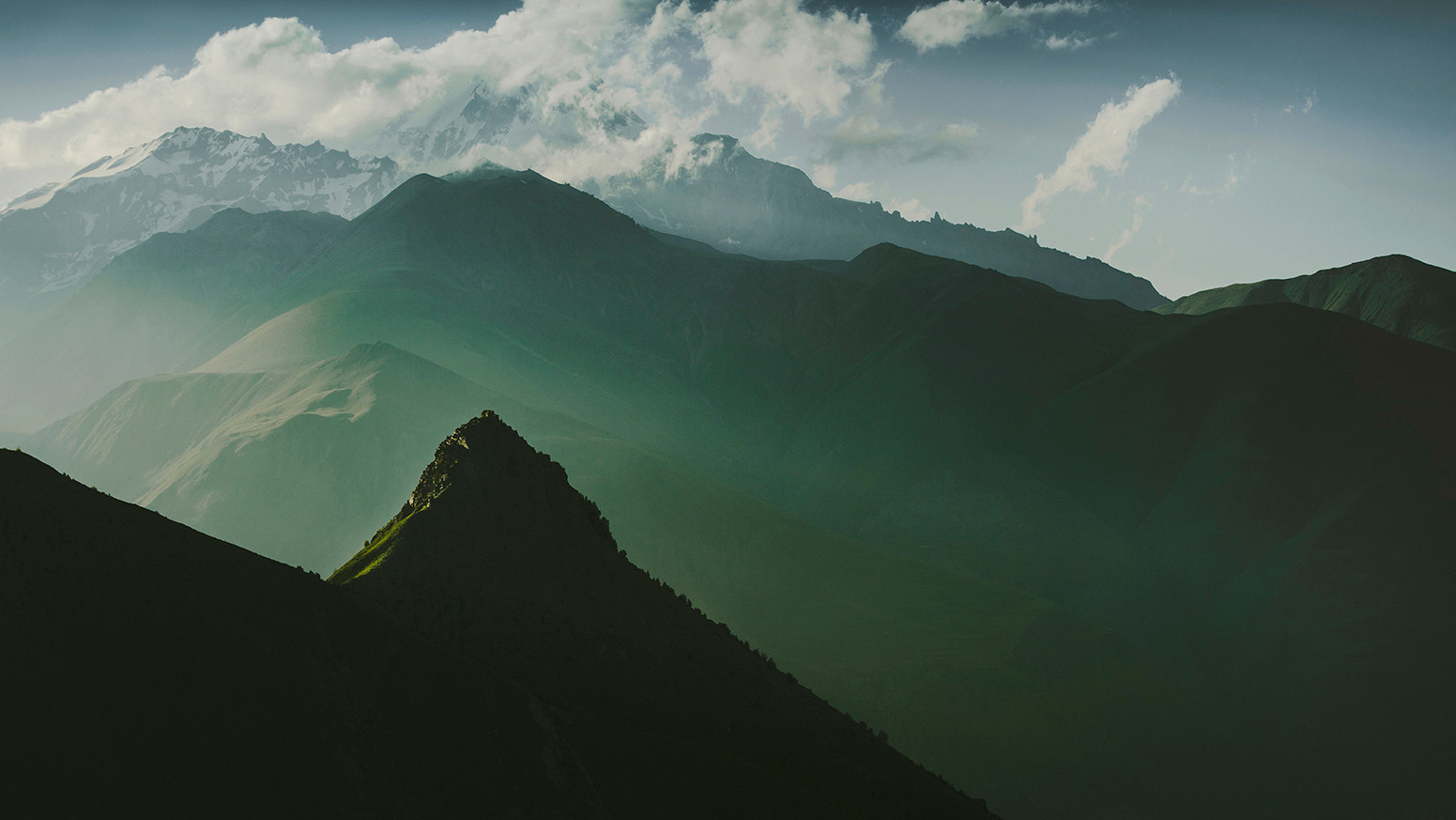 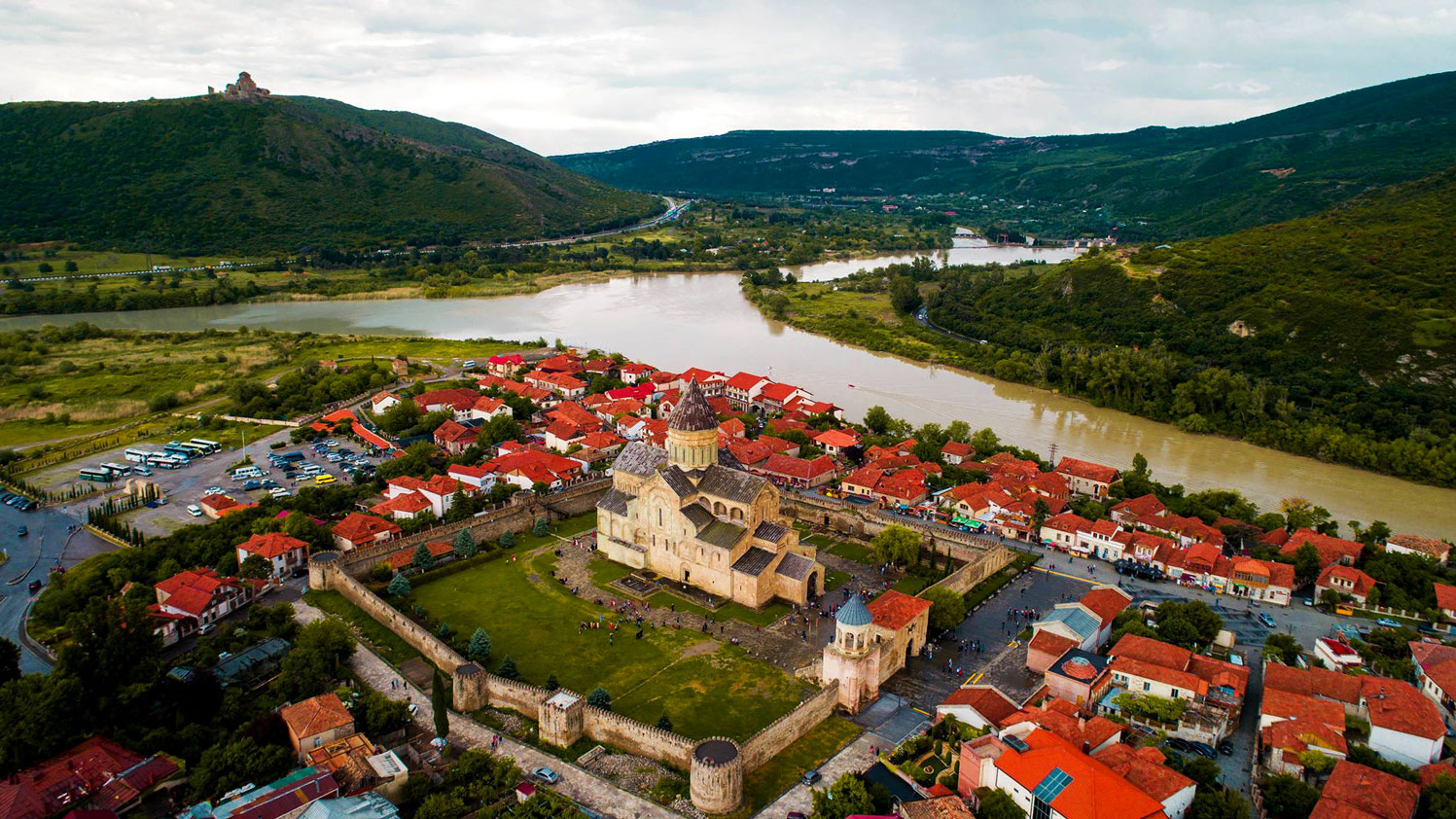 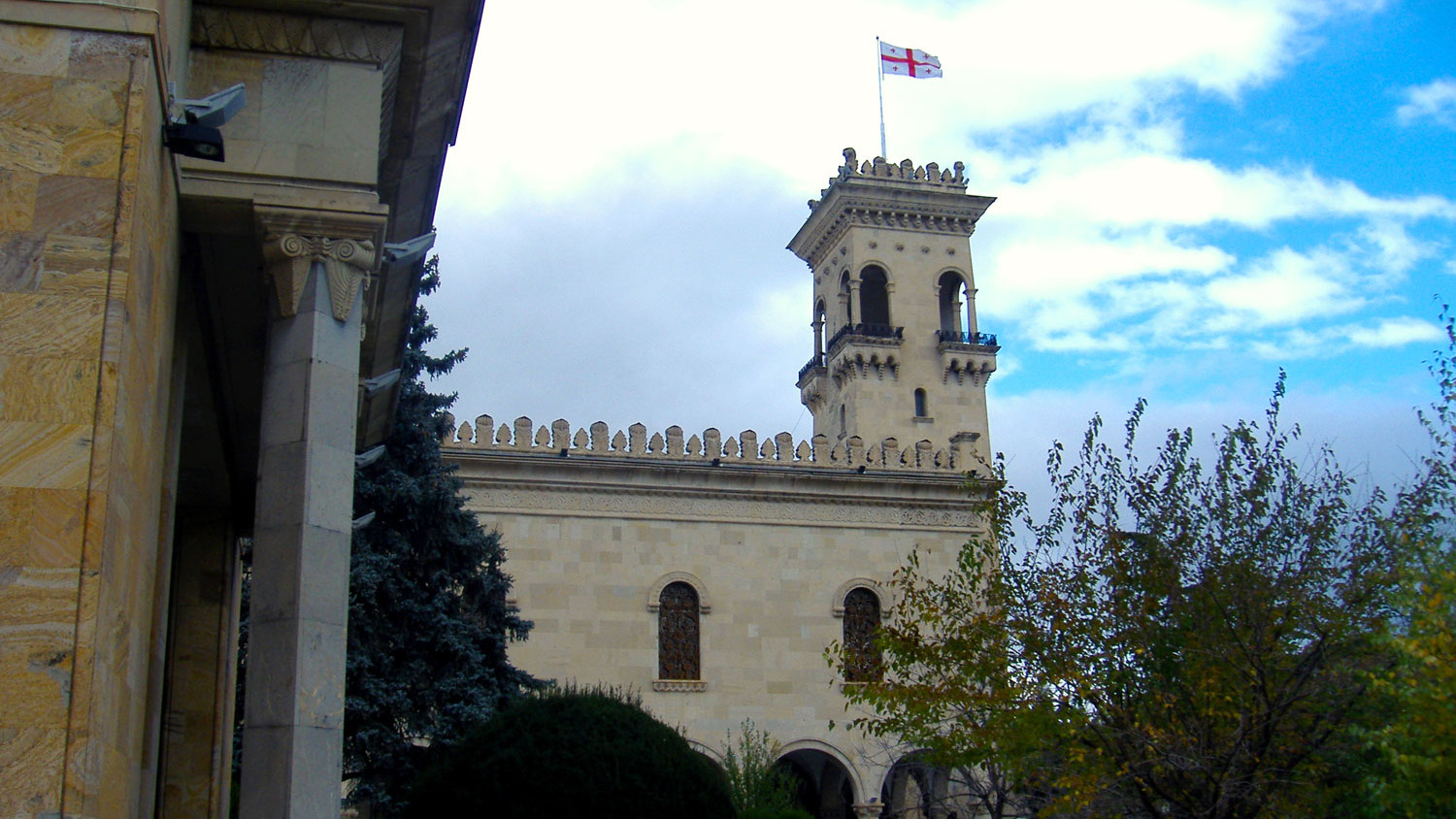 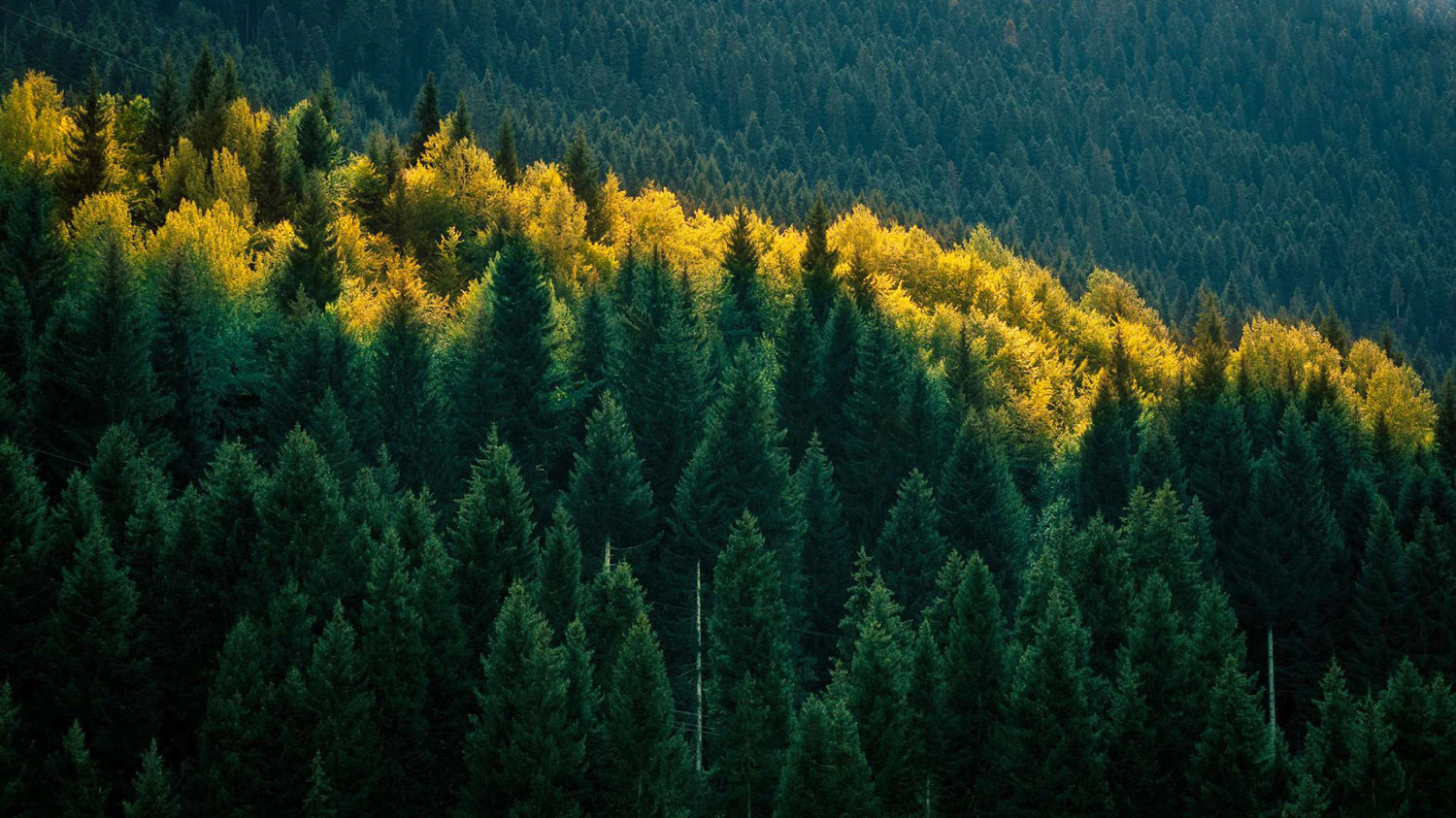 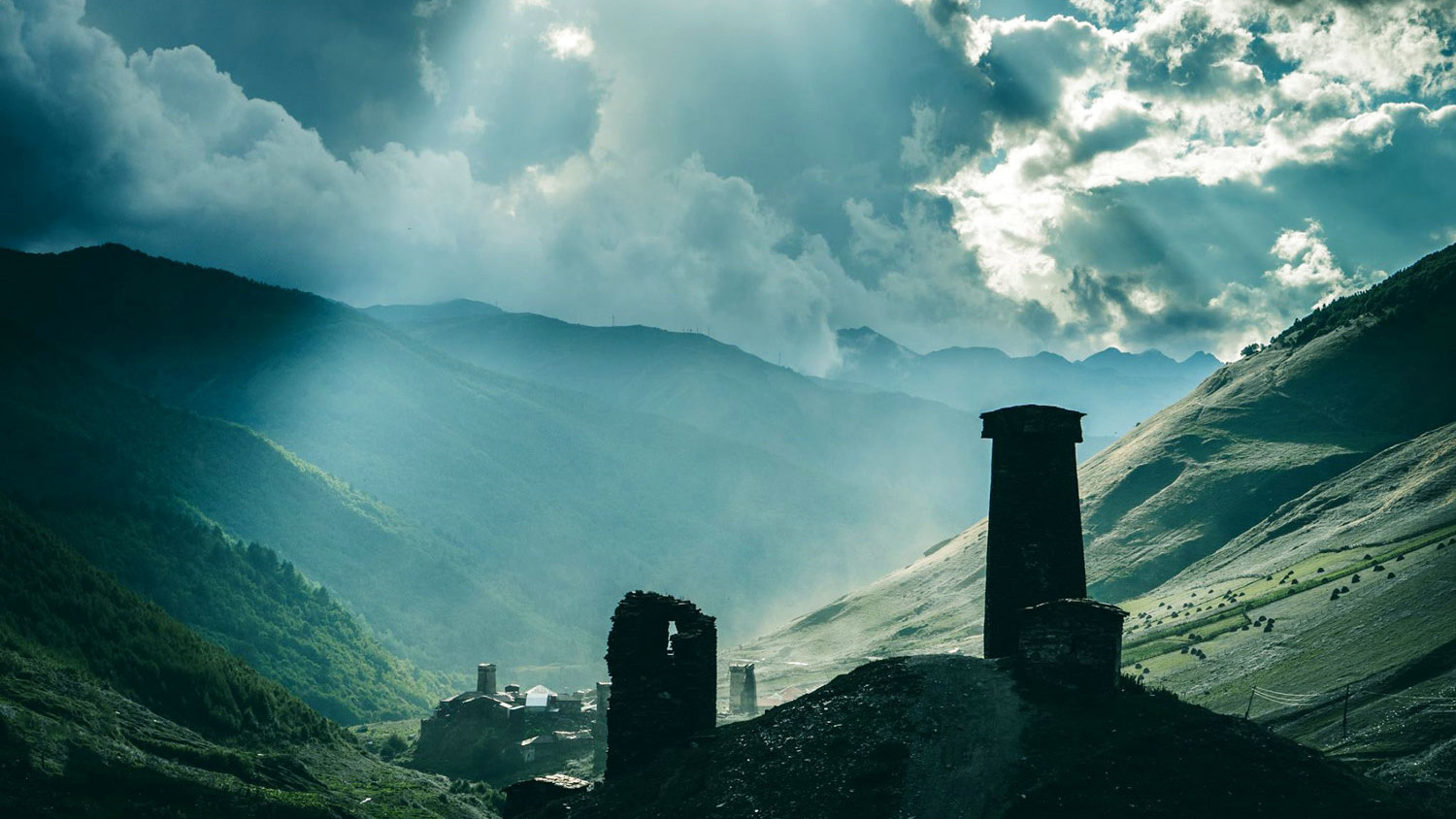 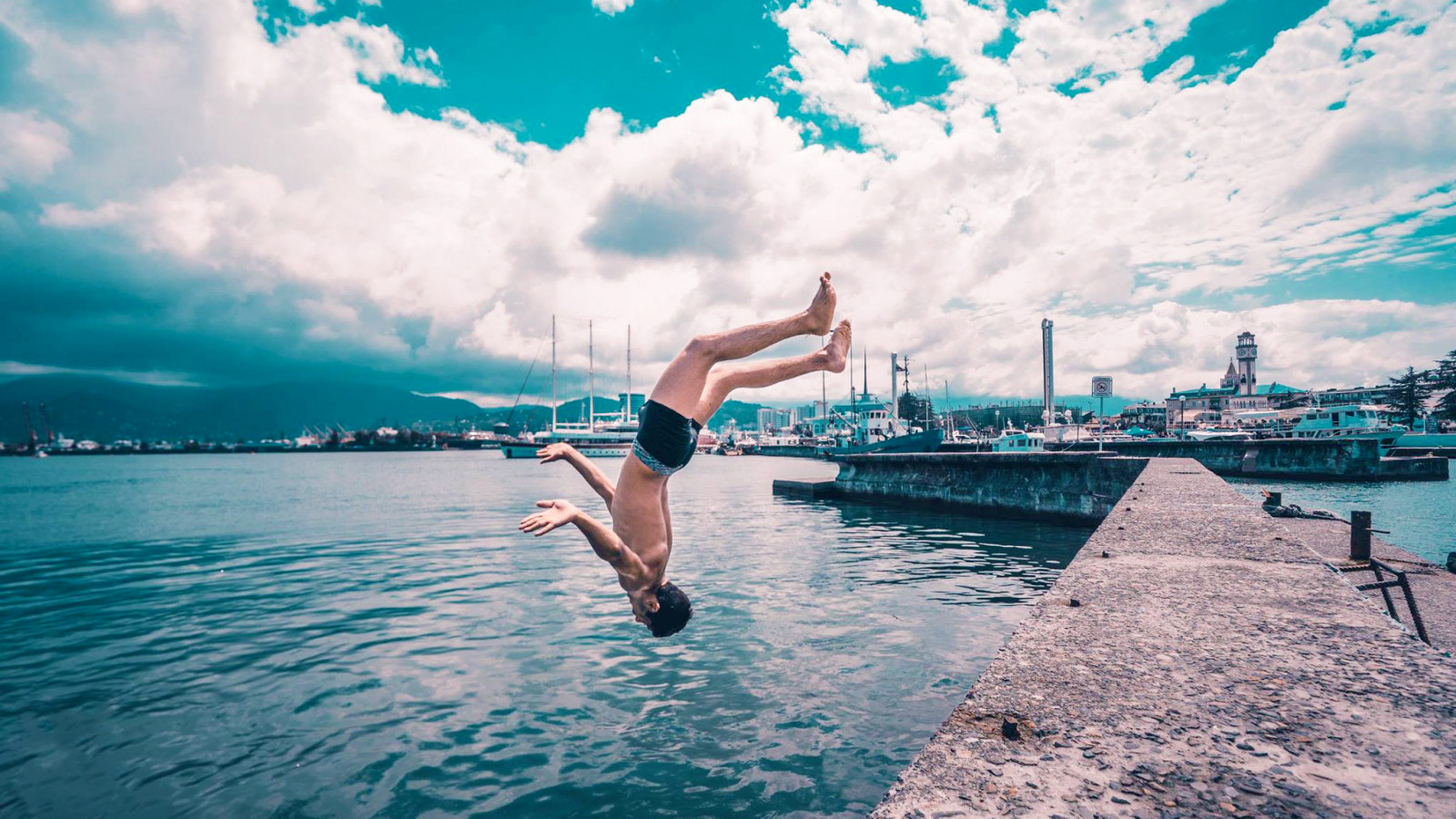 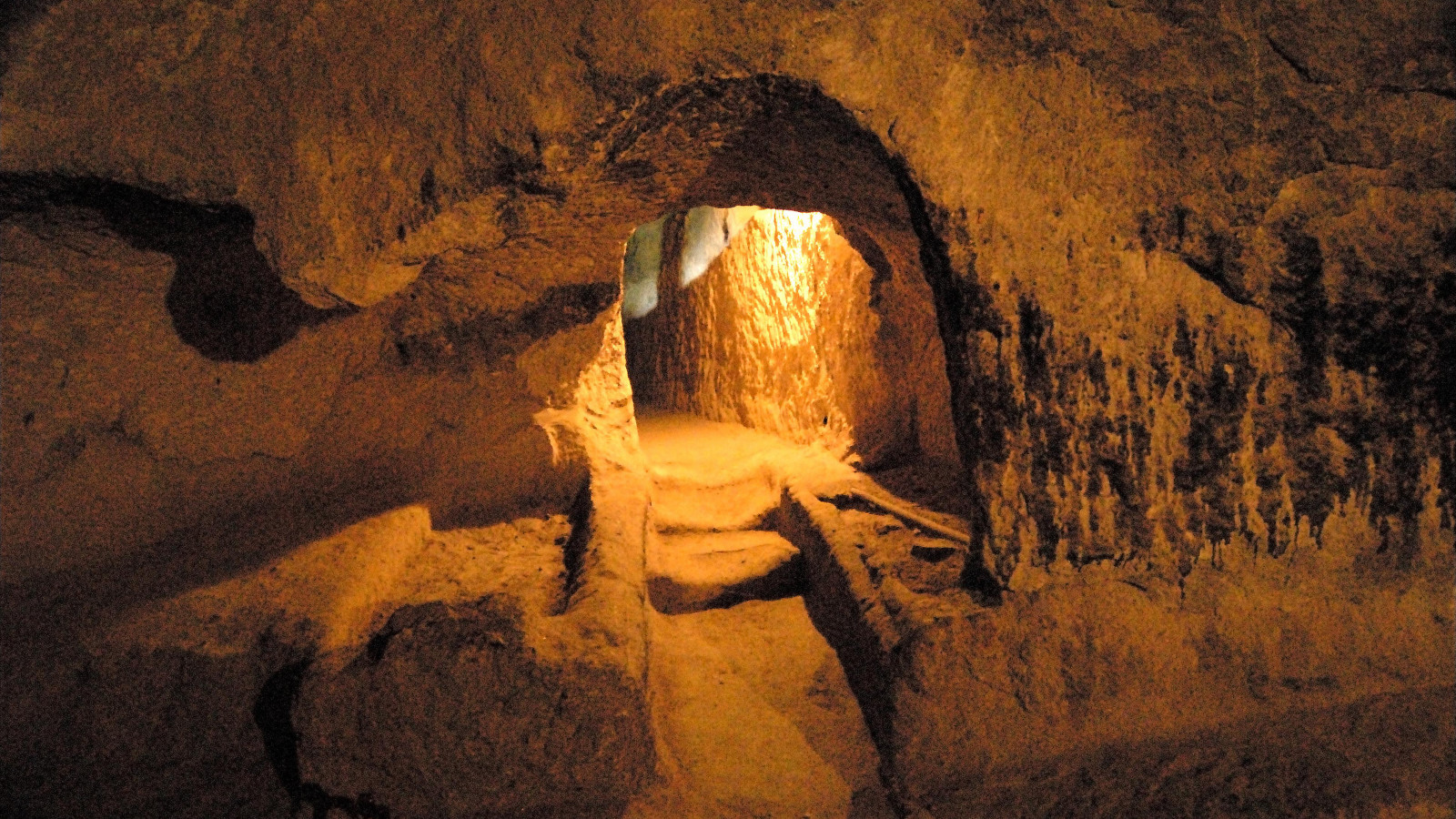 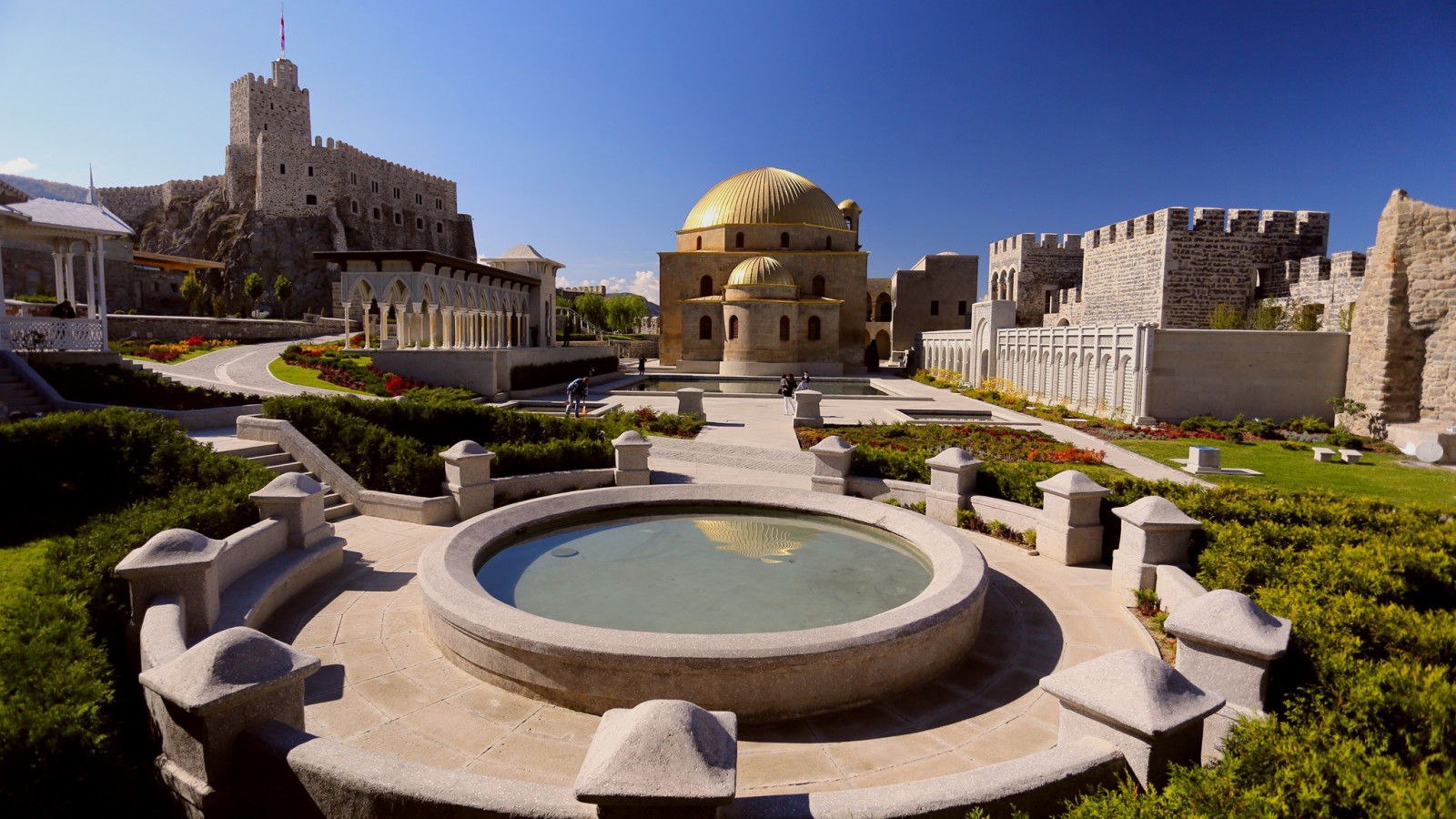 The Beauty of Caucasus


The private tour to Caucasus mountains and Black sea beautiful shores, covers the major cultural, historical and natural landmarks on the territory of Georgia. Visit seven regions of Georgia: Kartli, Imereti, Samtskhe-Javakheti, Samegrelo, Svaneti, Adjara and Guria; the main cities and mountainous towns of the country: Tbilisi, Mtskheta, Gori, Kutaisi, Zugdidi, Akhaltsikhe, Mestia and Batumi; explore the ancient caves and canyons in Vardzia, Martvili and Okatse, and the medieval historical monuments in Mtskheta, Gelati and Ushguli recognized as world heritage sites. All the beauty of Caucasus is right here, enjoy your trip!

“Beauty of Caucasus” is accompanied by professional and experienced staff that will make your journey smooth and pleasant.

Meet at the airport. Transfer to the hotel. Relaxing evening. Explore the city independently.

Next town is Gori. Optional visit of Joseph Stalin Soviet-era museum, which consists of Stalin’s memorial house, museum building with tower, and personal train with his study belongings.

Continue to the western part of Georgia for the third largest city – Kutaisi. On the way through Rikoti Pass make a few stops at local pottery and farmers’ markets.

Before entering Kutaisi, visit and sightsee Gelati Academy and Monastery and Bagrati Cathedral, both of them were built during the Georgian Golden Age and listed as World Heritage by the UNESCO.

On day 3 after breakfast is at the hotel we head to explore Prometheus Cave – one of the most popular and largest caves in Georgia. Cave has 1.8 km long trail open for visitors, full of various types of stalactites, stalagmites, underground rivers and lakes.

From Prometheus Cave we continue our trip to another natural landmark – Martvili Canyon, created over millions of years by the Abasha river. It is possible to make a boat trip and get to the 7-meter high waterfall of the canyon. From the canyon we drive to small town Martvili.

After breakfast is at the hotel we leave for Svaneti – a mountainous region in the Caucasus. Before our arrival, we make a stop at the Enguri Dam – hydroelectric dam in Georgia built on the Enguri River, which is one of the highest concrete arch dams in the world. Afterwards we arrive in Mestia, administrative center of Svaneti.

Overnight is in Mestia.

After breakfast at the hotel we start Svaneti exploration tour. First we pay a visit to the Margiani Museum that presents authentic local way of life of Svan people.

Next visit Svaneti Museum of History and Ethnography in Mestia. Museum has a rich collection that includes unique medieval icons, ancient manuscripts and other ethnographic artifacts associated with local Svan people.
Overnight in Mestia.

Optional: MESTIA – USHGULI – MESTIA
Driving distance: 100 km
It is possible to make an additional trip to Ushguli community, from May to October on a 4 x 4 Jeep. Ushguli is a community in Svaneti that consists of 4 different villages. Situated on 2200 meters above the sea level, Ushguli is one of the highest continuously inhabited places in Europe. For its remote location and well-preserved authentic way of life, Ushguli has been included in the World Heritage List by the UNESCO.
The road to Ushguli passes through Svan villages of Ipari and Kala, where we can make a stop and take a look at the local medieval churches with old frescos and murals. A short and easy hike to the foothills of Shkhara Glacier is also possible. Shkhara (5068 m) is the highest peak in Georgia and third-highest in Europe. In the evening we come back to Mestia.

Day 6 begins with breakfast at the hotel. In the morning, we drive to Zugdidi – an administrative center of Samegrelo region, where we are going to visit Dadiani palace and History museum. Palace once served as the residence of Mingrelian noble house of Dadiani. Nowadays complex has museum, court church and botanical garden.

From Zugdidi we get to Batumi – the capital of Adjara, located on the shore of the Black Sea. On Batumi city tour we are going visit following attractions and places: Piazza square, statues of Jason & Medea from Greek mythology, moving sculpture of Ali and Nino by Tamara Kvesitadze. Finally, we take a walk along the Batumi Boulevard and enjoy the lights of dancing fountains in the evening.

After breakfast at the hotel we drive to the place called Green Cape, where Batumi Botanical Garden is located. The garden is unique for its combinations of species from completely different climatic zones. Walk about 1 hour and enjoy amaising views on Black Sea coastline.

Continue to the Gonio Fortress – a well-preserved Roman fortification dated back to the 1st c. AD, located 10 kilometers from Batumi. Excursion will take about 30 minutes.

Next visit is ethnographic museum Borjgalo on the way to Khelvachauri. Private owned folk crafts museum displays lifestyle in mountain villages of Adjara.

In the evening we return to Batumi.
Overnight in Batumi.

On day 8 after breakfast in the hotel we depart to Borjomi spa-resort. We can make a short Borjomi tour, visit Borjomi National Park and taste famous local natural mineral water ‘Borjomi’ from the springs. Mineral waters of Borjomi have been famous since 19th c. and are exported to different countries of the world.

After breakfast at the hotel we leave for Akhaltsikhe to visit Rabati Castle. Rabati comprises of a castle from the 14th century, several churches, a mosque, synagogue and a museum. Museum presents old printed books, manuscripts, archaeological and numismatic collections, photographic collections, etc.

We continue exploration of Samtskhe-Javakheti and head to Vardzia cave monastery, located at the bank of Mtkvari River. Vardzia is a medieval rock-hewn monastery, established in the 12th c. by the famous Queen Tamar of Georgia.

On day 10 after breakfast at the hotel drive back to Tbilisi and start the city tour. First we are going to visit the Holy Trinity Cathedral of Tbilisi (Sameba), one of the tallest Orthodox Christian churches in the world. From Sameba, we move to Metekhi Plateau and Metekhi Church built in the 5th century, located on the elevated cliff over the river Mtkvari and the old Tbilisi district. Next, we move to Narikala – ancient fortress overlooking Tbilisi from the mountain that can be reached by an aerial cable car from the Rike Park.

From Narikala Fortress we stroll down to the old city full of attractions and landmarks: National Botanical Garden of Georgia, Jumah Mosque, Legvtakhevi canyon and waterfall, Abanotubani – historical sulfur bathhouse district of Tbilisi.

On day 11 we continue Tbilisi sightseeing tour. After breakfast we take a tram and go up to Mtatsminda Mountain, and pay a visit to the Mtatsminda Pantheon of Writers and Public Figures, largest necropolis in Tbilisi where many famous writers, scientists, national heroes and other public figures are buried. From Mtatsminda we continue to the Georgian National Museum on Rustaveli avenue. Museum has numerous different collection that house artifacts of natural and human history, rich ethnographic and archaeological collections from different historical periods etc.

We can take a walk along the Rustaveli Avenue, and take a look at the buildings of the Parliament of Georgia, Rustaveli National Theater, and Georgian National Opera and Ballet Theater of Tbilisi. We can also visit the glass Bridge of Peace, Shardeni street and Maidan square, that are full of outdoor cafes, bars, restaurants, souvenir shops and art galleries.

In the evening you may go shopping to Tbilisi Mall – one of the biggest shopping centers in Caucasus. Located in the center of Tbilisi on Rustaveli avenue, Tbilisi Mall offers a broad range of shops from many famous international brands. You can also find fruit and vegetable market, banking facilities, a multi-screen cinema and a family entertainment center in the mall.

After breakfast check-out from the hotel and transfer to Tbilisi International airport.