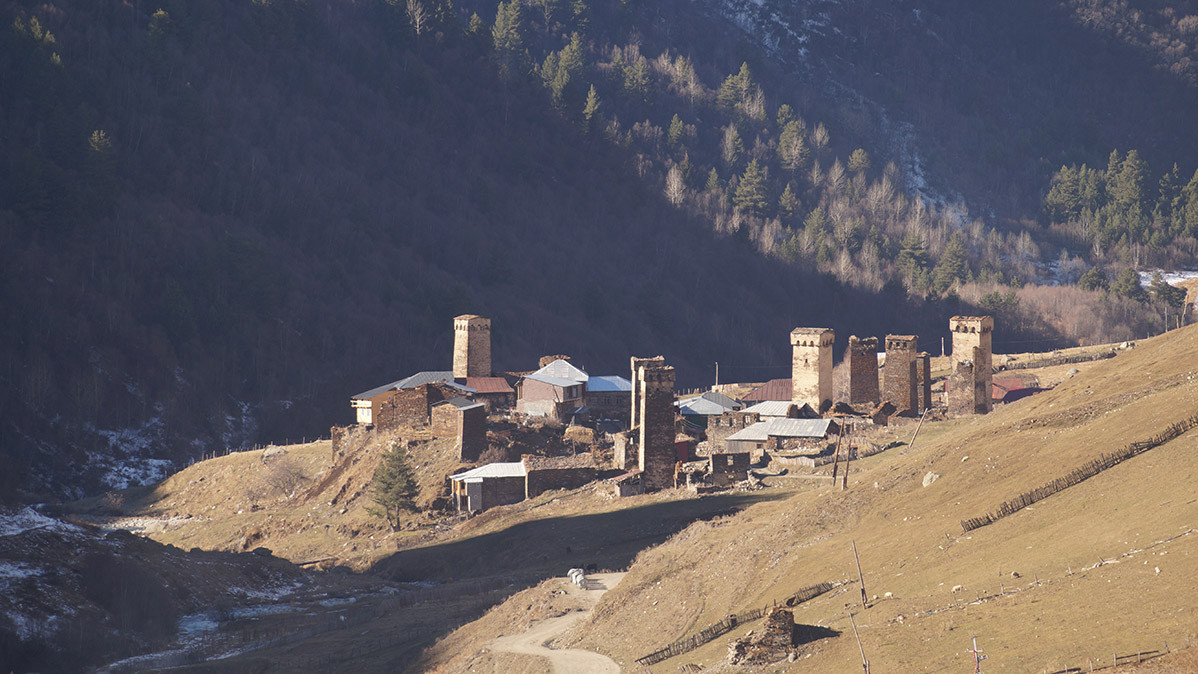 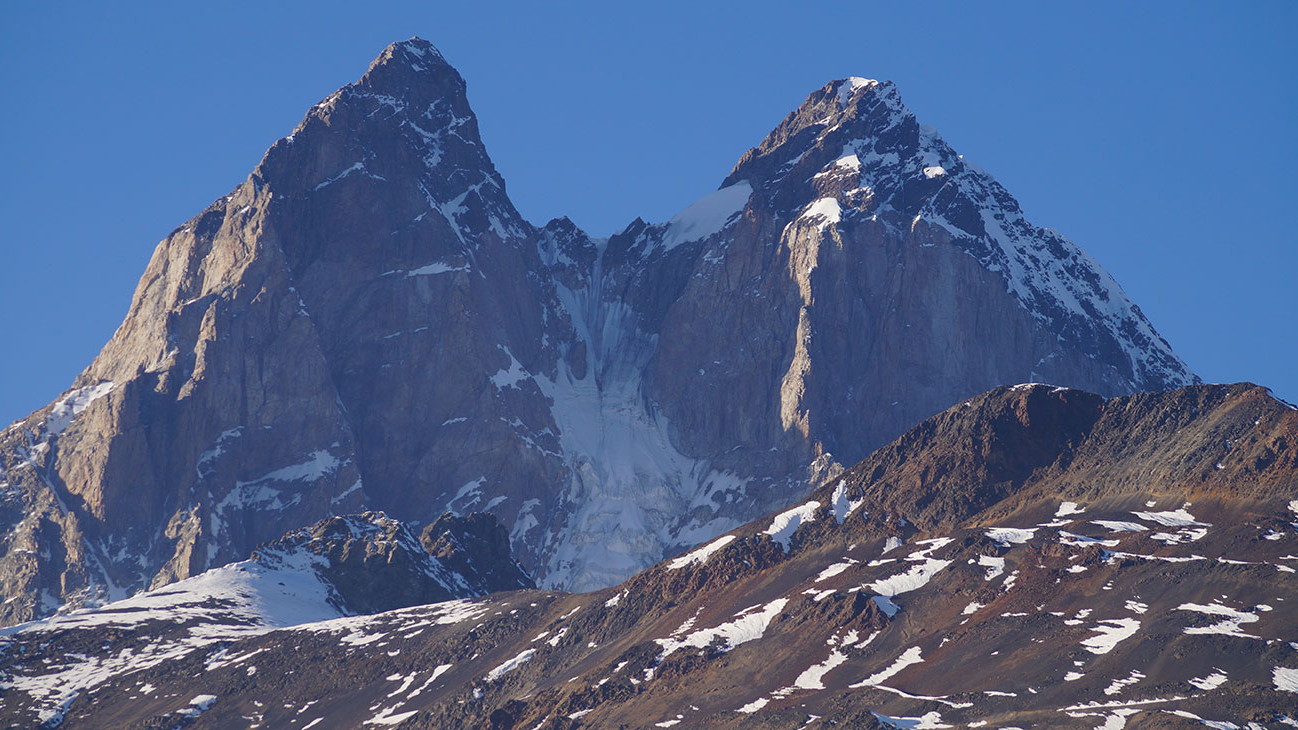 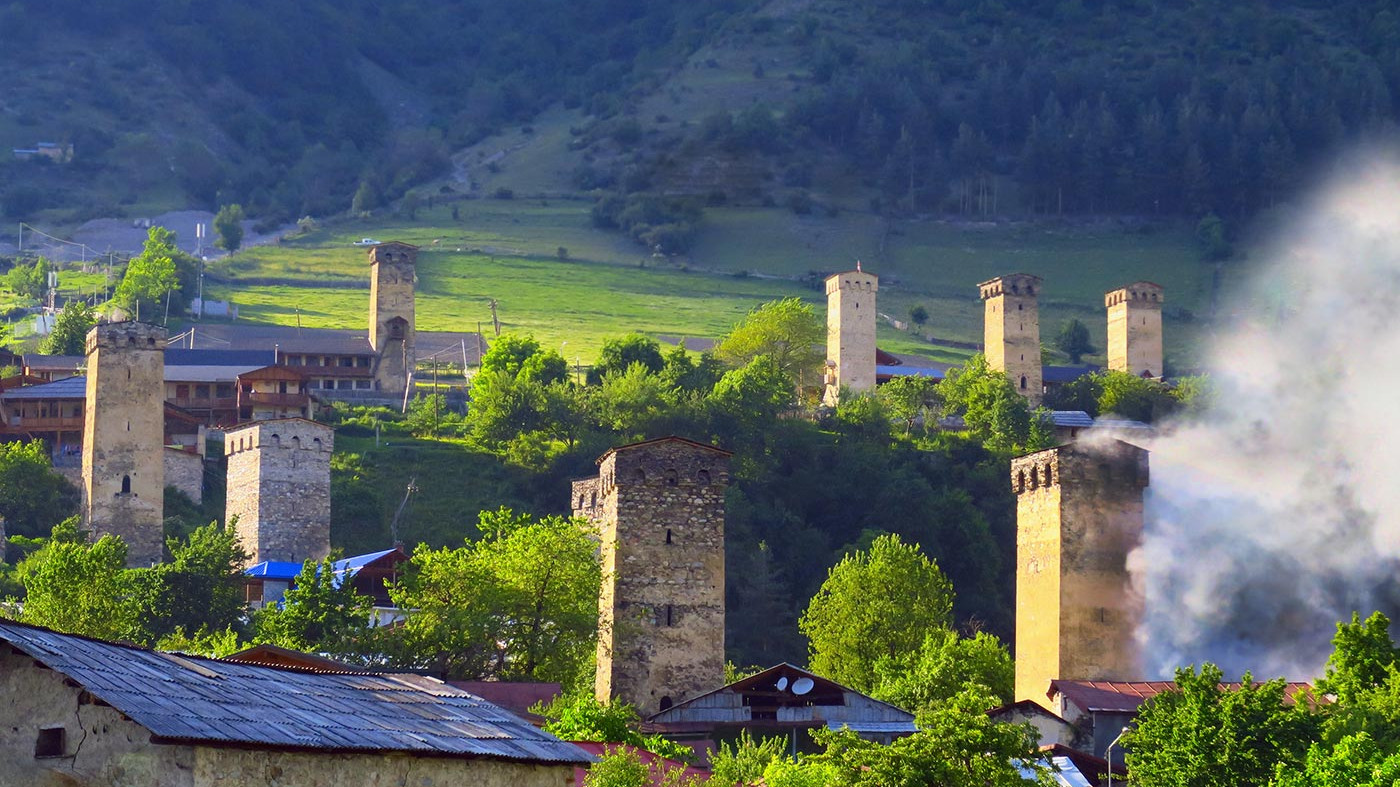 One of the most attractive destinations of mountainous Georgia, Svaneti is situated on the southern slopes of Greater Caucasus mountains, along the rivers of Enguri (Upper Svaneti), Tskhenistsqali (Lower Svaneti) and borders Russia from South. Population 311,113 (2020)

Svans are an ethnic subgroup of Georgians with distinctive language and traditions. Most population lives on the land of their ancestors and cultivate family farming.

The Svans (the Soanes) are mentioned first time by Strabo (Greek geographer) as a dependency of Cloches. Later, its successor kingdom was Lazica (Egrisi) until AD 552. Then, the province joined the Kingdom of Abkhazia (John and Adarnase of the Shavliani dynasty 871–893) which was incorporated into the Kingdom of Georgia in the early 11th c. Svaneti became a saeristavo (duchy) within it, governed by an eristavi (a duke). The Orthodox Christian culture flourished under Queen Tamar (1184-1213), who was respected almost as goddess by the Svans. The period was called as a Georgian “golden age” .

The marauding Mongols never reached Svaneti and, for a time, the region became a cultural safe house. The Svans had been known as fierce warriors. Their inflatable war banner was named Lemi (Lion) because of its shape.

Mestia is located at an elevation of 1500 meters. The former name of the townlet is Seti. It has been an important center of Georgian culture for centuries, it is home to a number of medieval monuments – churches, towers and forts. Most comfortable hotels and guesthouses are located in Mestia. You can get any travel support here: fly to Tbilisi or Kutaisi, find a mountain or cultural guide, get 4x4WD transportation with driver, book paragliding or climbing adventure, visit neighboring villages and taste local cuisine.

Medieval Svan towers are probably the most iconic and authentic local symbols of the area. Traditionally, each Svan house had a tower that served as a shelter for the local population during the invasions or natural disasters. All Svan towers look indistinguishable - a square decreased about 28-meter tall stone structure. Each tower is four or five storied with a windowed upper section. The greatest number of Svan towers are still present in Mestia, Latali, Lengeri, Nakipari, Mulakhi, Kala and Ushguli villages. The newest is no less than 200 years old. Presently the towers are not used, their wooden floor partitions had fallen long time ago so it is difficult to climb majority of them.

Svaneti Ethnographical Museum -The extraordinary remoteness of Svaneti communities throughout centuries allowed locals to preserve traditional ways of life, as well as many unique historico-archaeological artifacts and keep them away from the various conquerors. Medieval Gospel books, icons, ethnographic materials and pictures are very nicely displayed here.

Wondering in the old district of Mestia don't forget to visit Museum of Michael Khergiani, located in the medieval dwelling of the famous hunter and Alpinist Besarion Khergiani, father of a seven-time national champion climber Michael Khergiani. Michael was named an Honoured Master of Sport of the USSR in 1963 for his achievements and granted the nickname the "Tiger of the Cliffs".

Don't miss out to visit Margiani's House Museum on Lanchvali str., in Mestia. This 12th c family house, tower and yard now belong to the Ethnographic museum and works every day from 10:00 till 18:00

The community of Ushguli with its distinctive ancient towers is one of the highest permanently populated places in Europe (located at an elevation of 2200 meters). Ushguli and Lamaria church are among the UNESCO World Heritage Sites since 1994.

Don’t skip to visit Ushba Valley, village Mazeri and Becho Community. The area reveals wonderful surprise in every turn: the one- or two-day trails go to the Shdugra waterfalls, Guli pass, and to the Mestia town. The highest point of the trail is 2961m altitude.

The trails to Chalaadi, Tetnuldi and Shkhara glaciers are very popular. They are spread in different directions and can be done in various ways. To know more, or to book trekking tour, please, contact travel expert here.

Local food stands out, with a variety of its unique local spices, like Svan salt (mixture of dried garlic, salt, pepper and other herbs), that make the local dishes quite a culinary experience. One of the most famous Svan food is Kubdari – beef filled bread pie, sometimes mixed with hemp. There is variety of vegetarian options as well, like Tashmidjabi made of potatoes and cheese, or Knashi – made of grounded squash seeds.

To book a private trip to Svaneti, please check the detailed itineraries below: