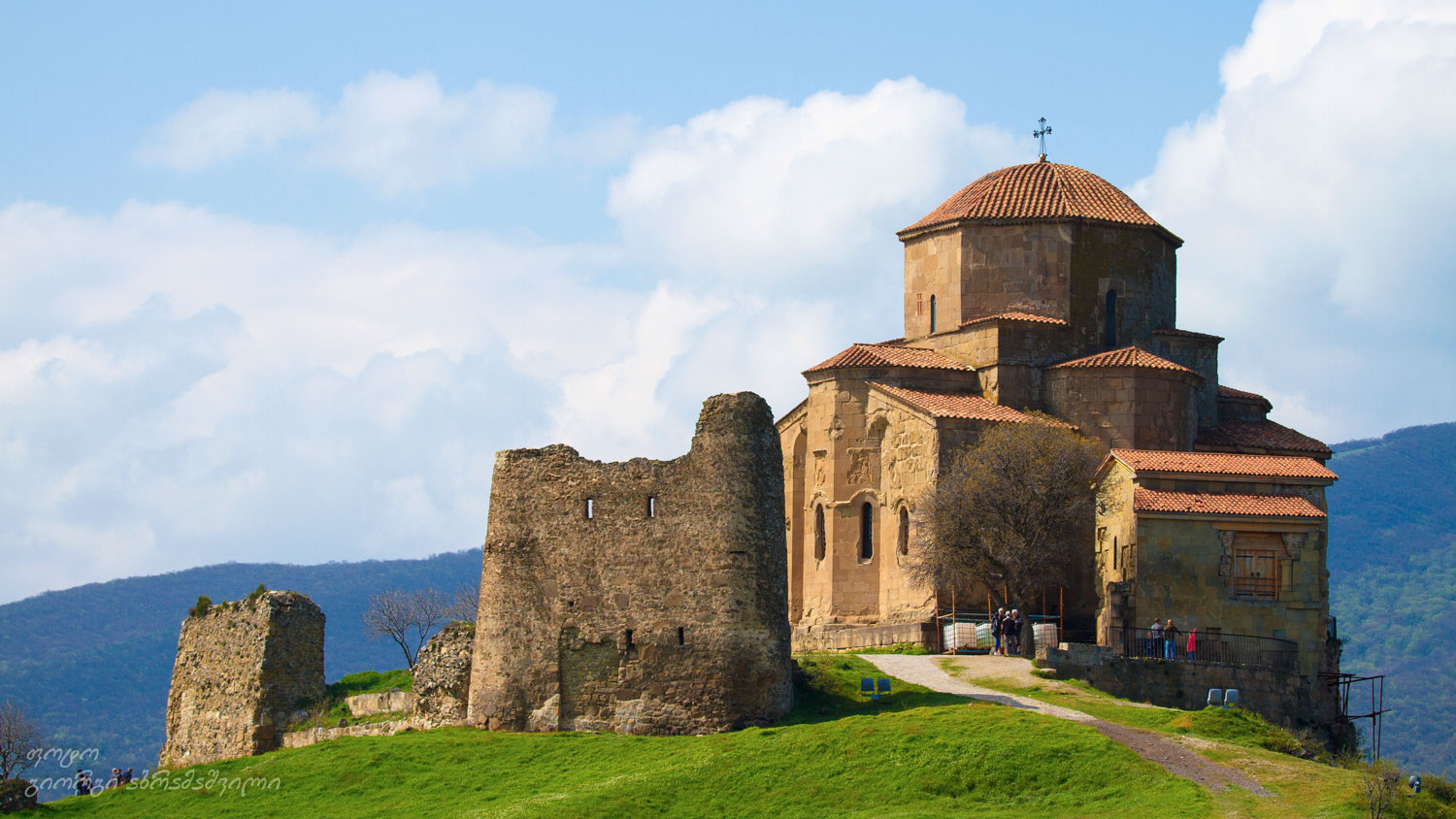 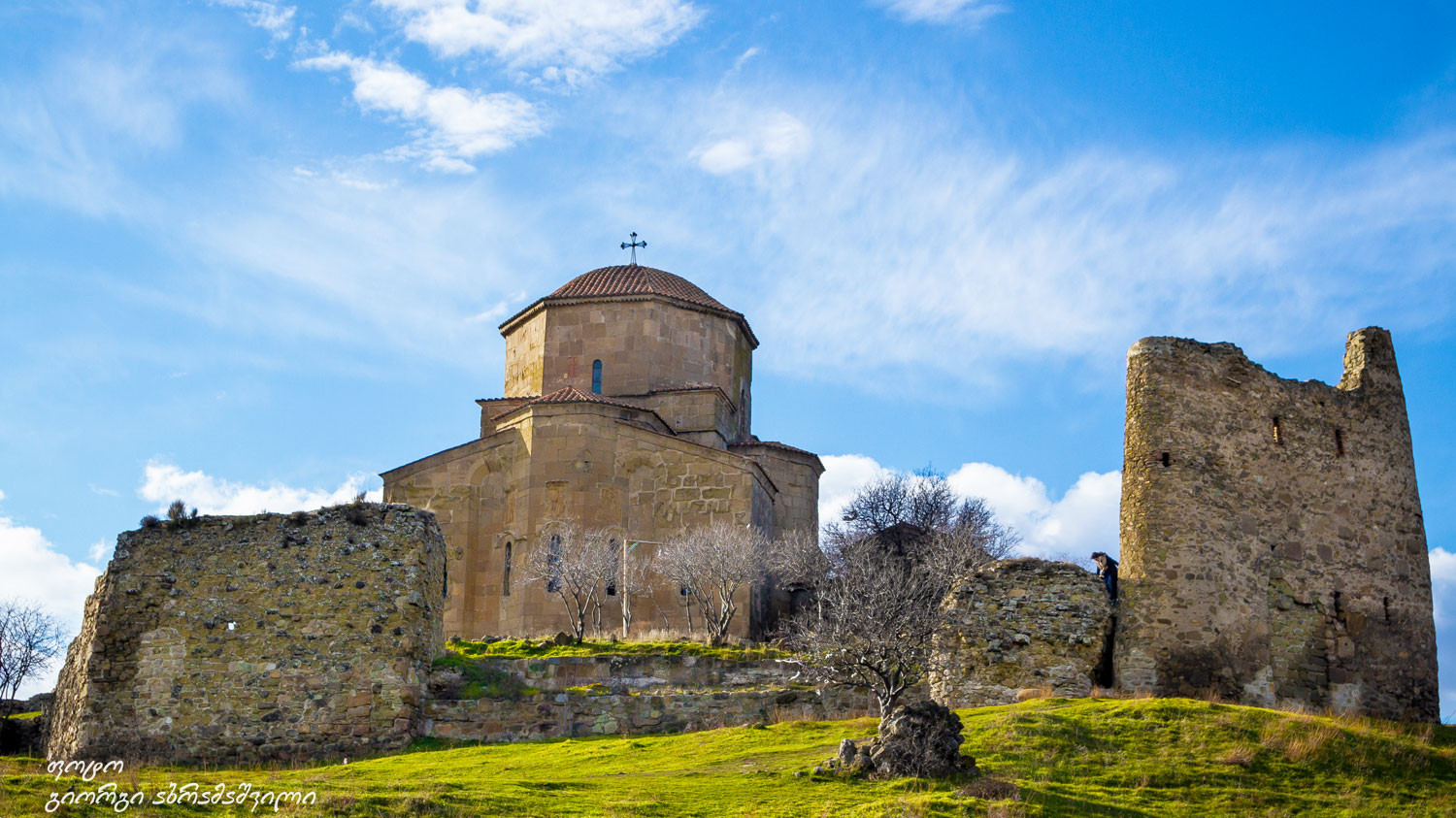 The name Jvari is translated as the Cross. According to traditional accounts, in 337 Christianity was declared as the state religion by royal couple King Mirian and Queen Nana. Young lady Nino, who brought new faith from Cappadocia and cured the queen, was invited for prayer to bring back sun, which disappeared during the eclipse. She erected first wooden cross on Mtskheta’s highest hill, at a confluence of the rivers Mtkvari and Aragvi, overlooking Paganic Pantheon of Armazi Idols from the opposite side of the river and prayed. Since that times the place became the main sanctuary. Pilgrims visit the site. Stone church was built later in 585-604 cc AD on the crest of this cliff covering the cross. Inside the church the original stone octagonal pedestal from 6th c survived. The modern wooden cross erected on it, is symbolizing the First one.

Jvari served as a model for many other churches in the country. It is a representative of the tetra conch architectural type that was popular not only in Georgia but also in Byzantine world. Unusual and varied relief sculptures decorate its façades.

The importance of Jvari complex increased over time and attracted many pilgrims. According to the legend pilgrims visiting the site shed tears while praying and the nearby natural lake was named the Lake of tears.

Harmonious relationship between the landscape, architectural forms and divisions, the well-thought-out disposition of decorative elements and splendid relieves carved on big slabs of a stone give the south and east walls special expressiveness. Among the reliefs of the east wall are found the portraits of the kings who built the church. The monument is listed as UNESCO world heritage site and still used for major celebrations.