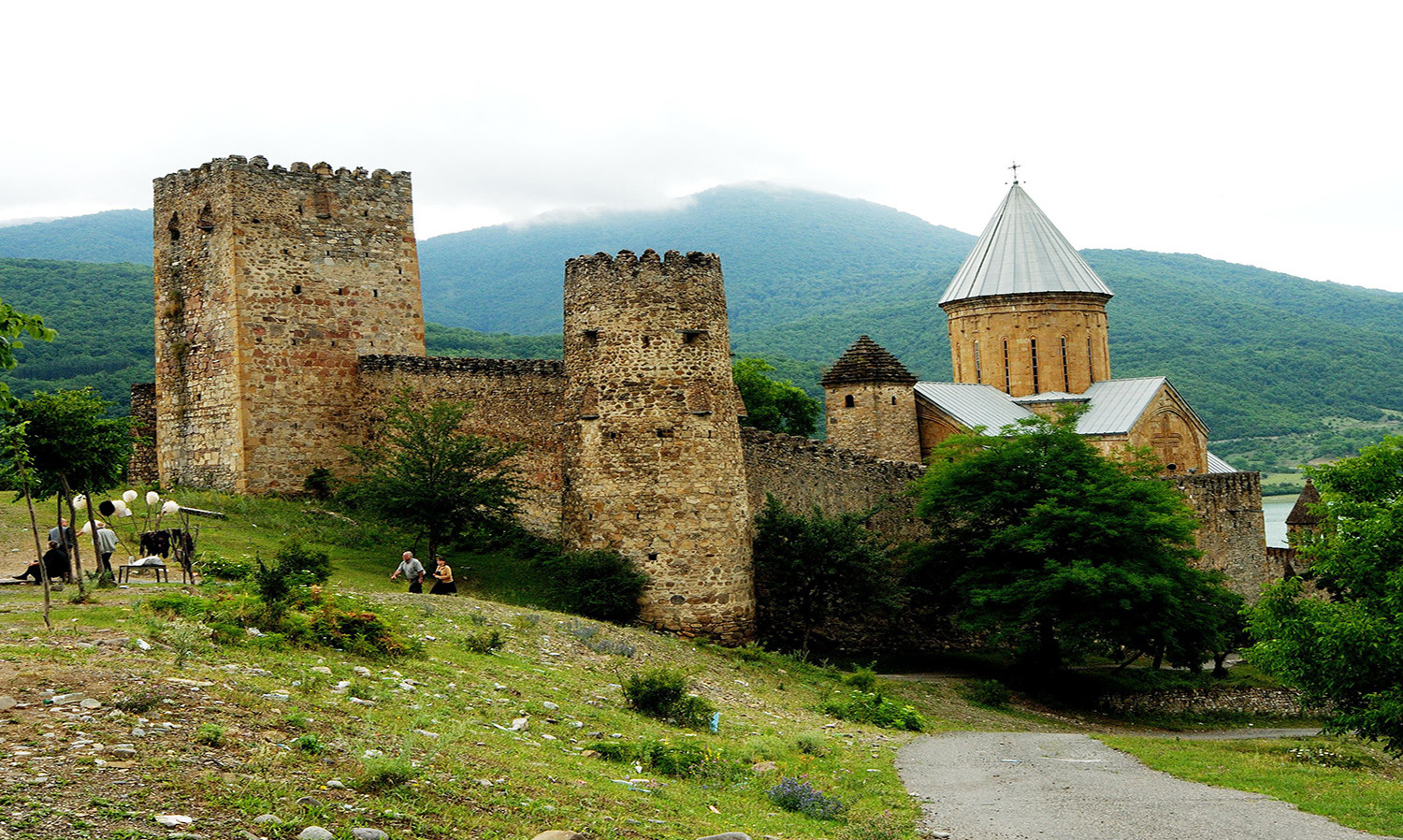 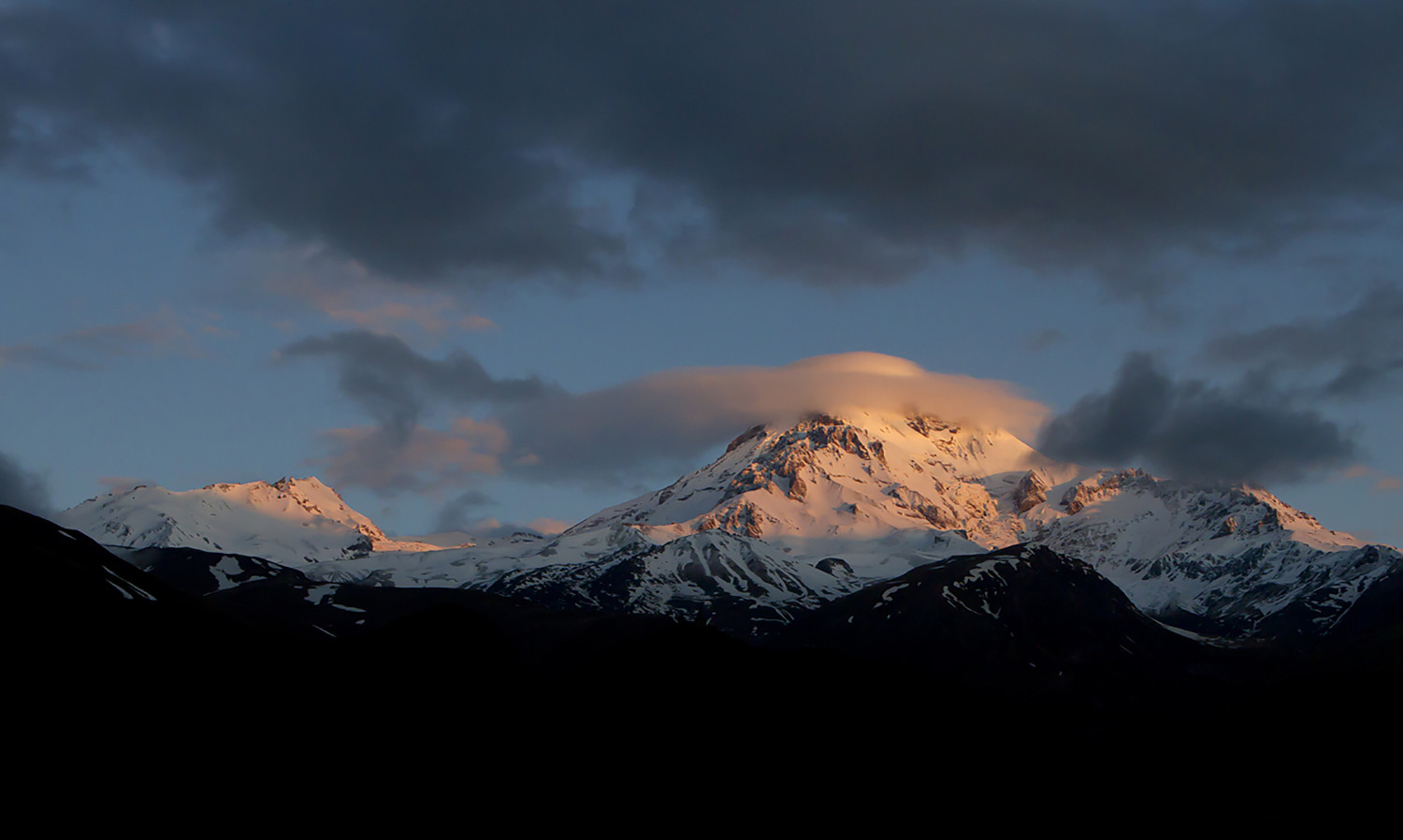 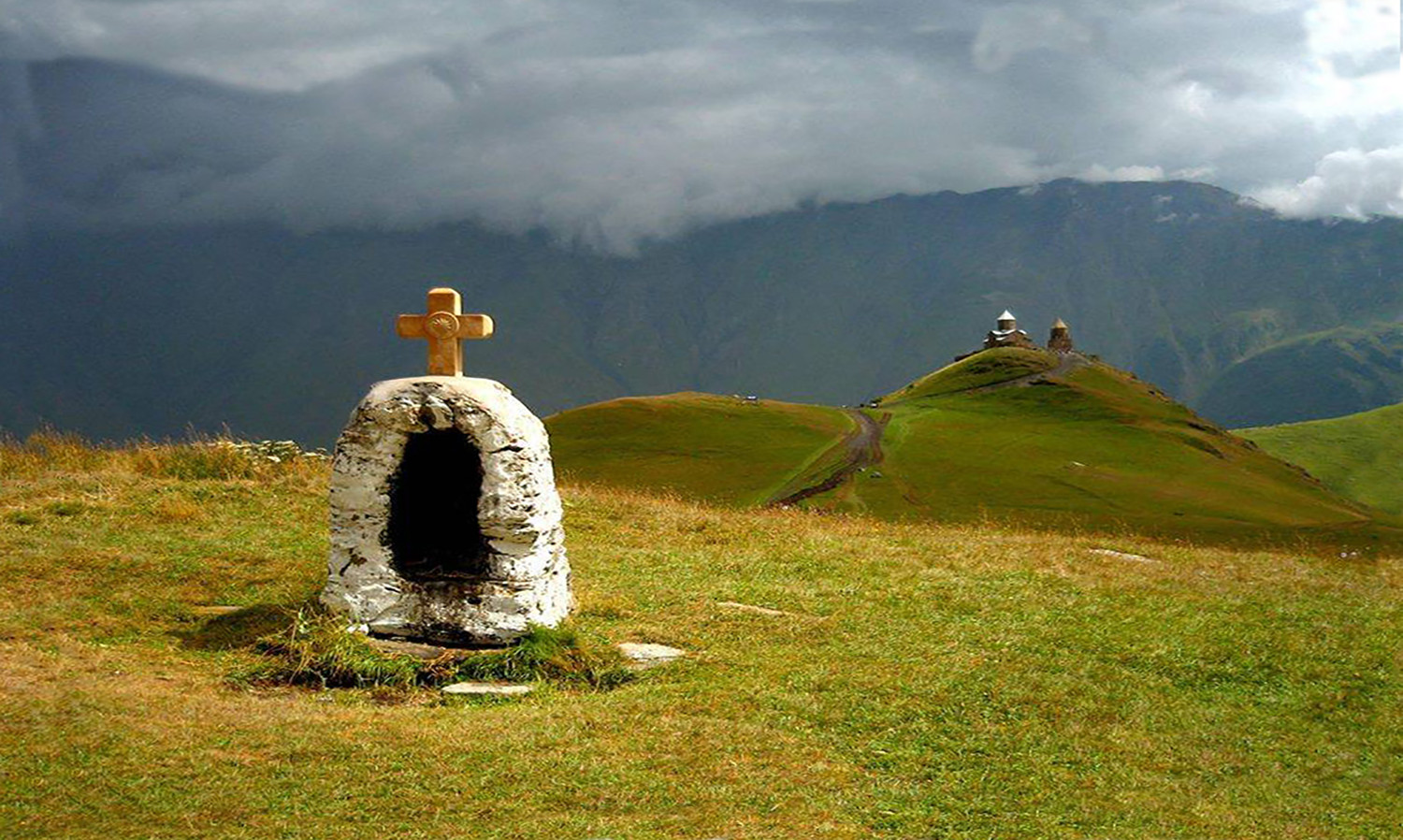 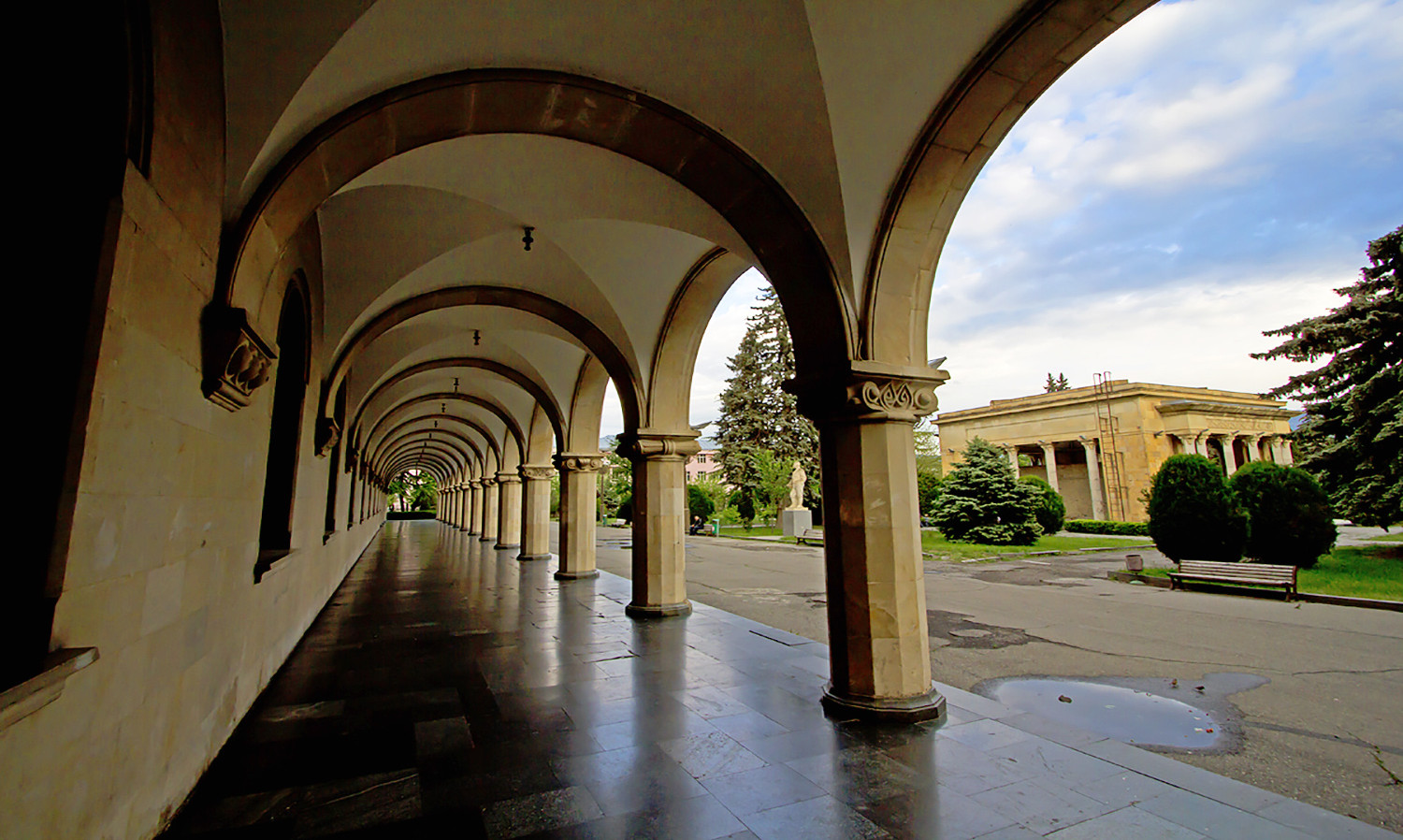 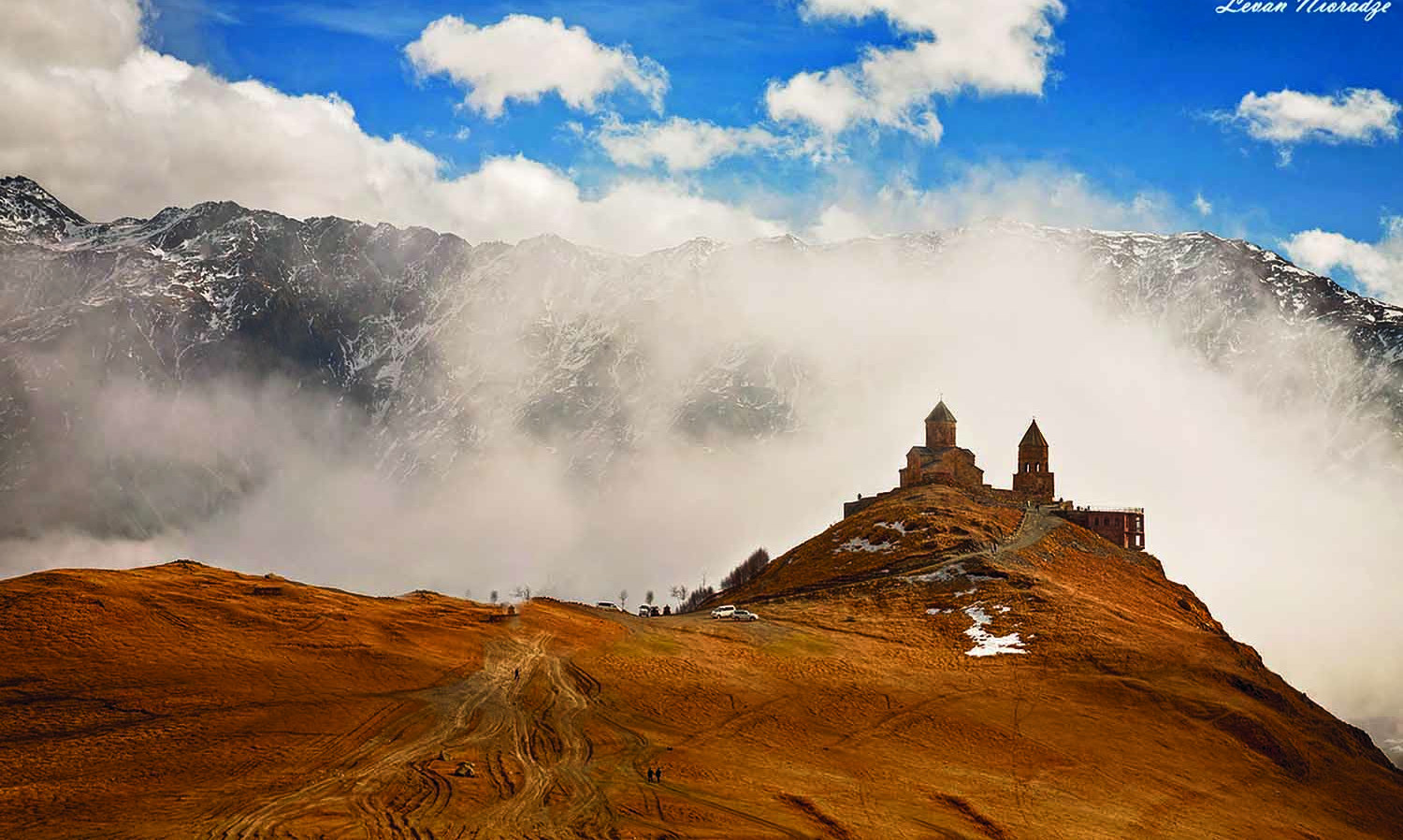 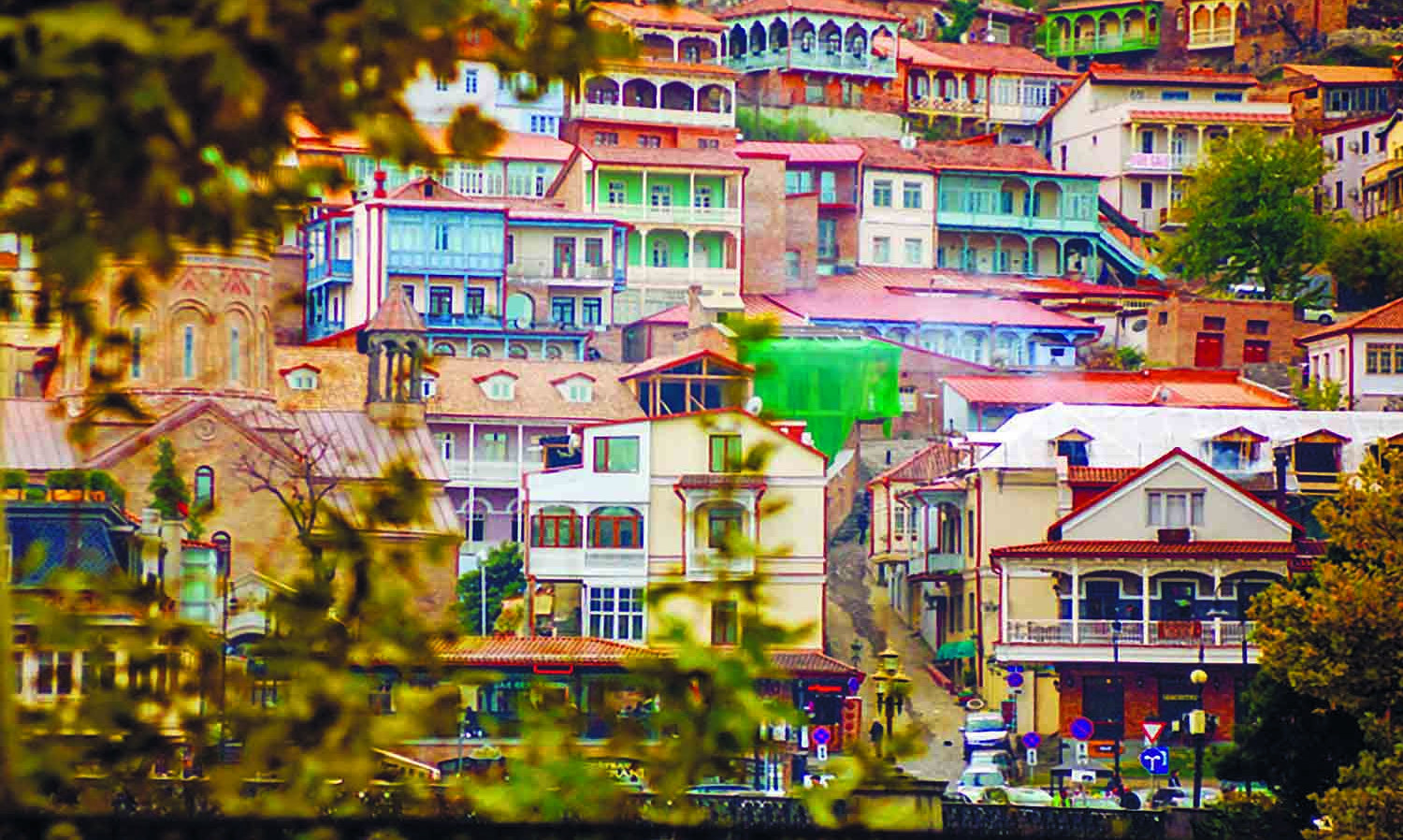 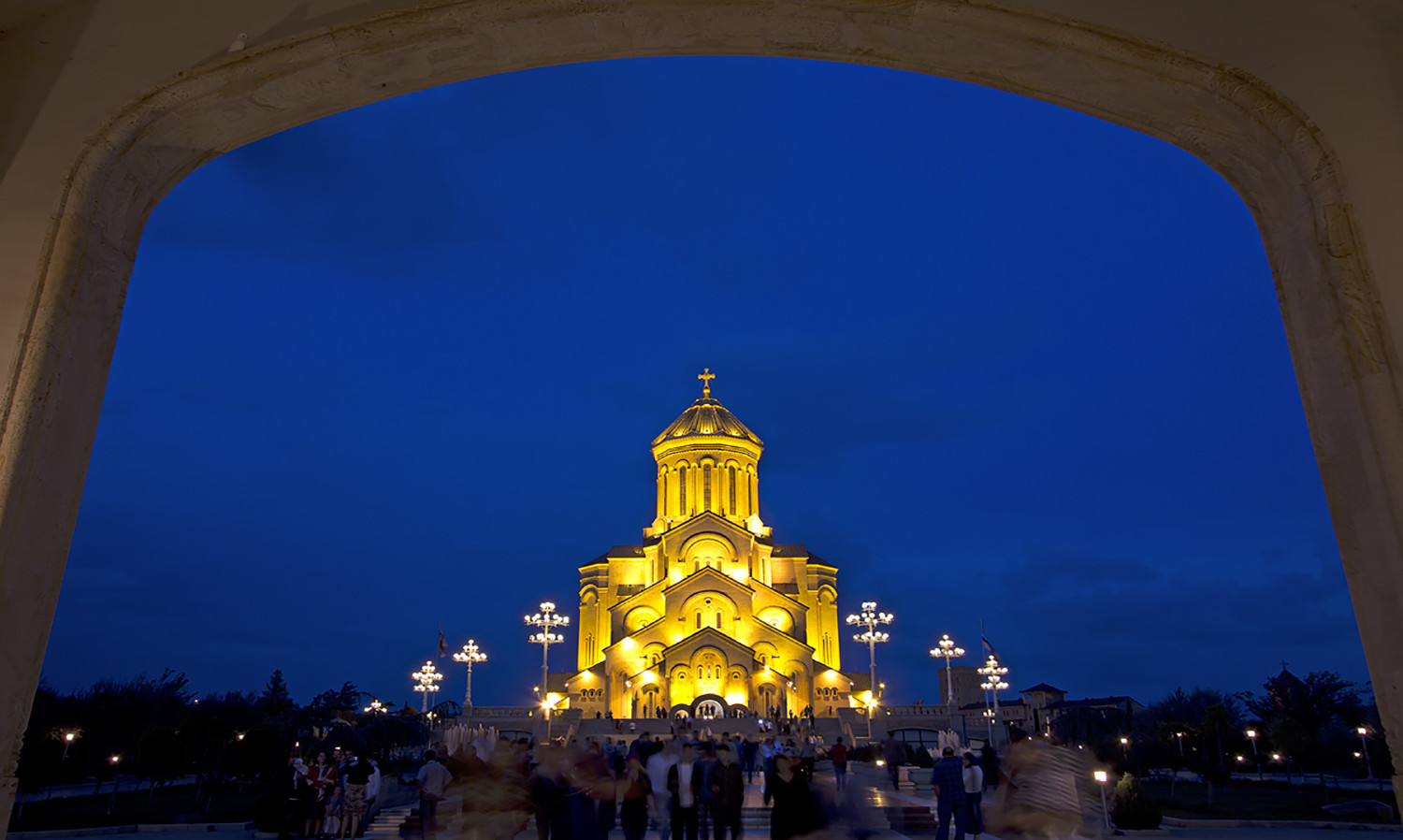 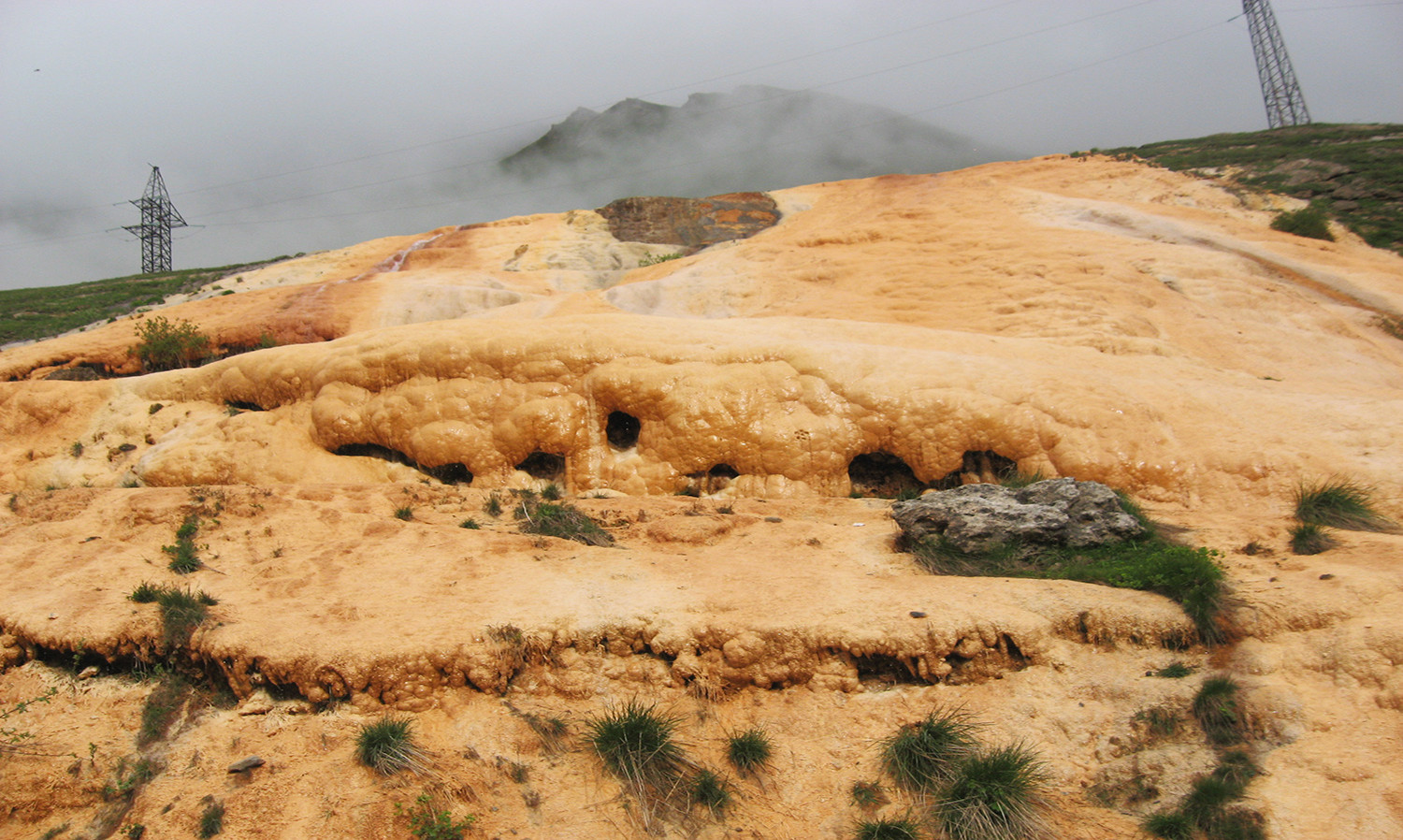 Starts from: TBILISI every second Saturday

Small-group tour Visit Georgia is an escorted tour with fixed dates. In a 7-day time period tour explores different regions, cities, and towns, such as the capital Tbilisi, ancient town of Mtskheta, mountainous regions of Khevi and Samtskhe. Therefore, 7-day Visit Georgia manages to cover contrasting environments and sites: from the old downtown of Tbilisi to the high mountains of Caucasus, from medieval churches of Mtskheta to the memorial house of Joseph Stalin, from the forests of Borjomi-Kharagauli National Park to the ancient cave complexes of Vardzia and Uplistsikhe.

After breakfast at the hotel, Georgian Holidays will organize your pick up, and the tour takes off on Saturday, at 10:00 AM. Participants will join the group for the full-day Tbilisi city sightseeing tour.

It starts from the Holy Trinity Cathedral of Tbilisi (Sameba), one of the tallest Orthodox churches in the world and the tallest in Georgia.

From the cathedral, we take a walk through Shardeni and Erekle II streets, where you can spot many cafes and bars with lots of foreign visitors. On our way to the old town we will see the Sioni Cathedral as well, built in the 13th c.

From here we are going to cross the glass Bridge of Peace and take the cable car from Rike Park to drive up on the hill to Narikala fortress, built-in 4th c., where we can enjoy panoramic views of the city. From the fortress, we will go down to the old city to see the mosque, little canyon and the waterfall in the Legvtakhevi area.

From Legvtakhevi, we continue to sulfur bathhouses Abanotubani. Tbilisi city tour ends at the Maidan square.

On day 2 we go to Mtskheta – the ancient capital of Georgia.

From Mtskheta, we drive towards the Caucasus mountains through the Georgian Military Highway. On the way to Gudauri ski-resort, we have a short stop to see the Ananuri Architectural Complex, built in 16-17th cc. The complex that stands near the Aragvi River and Zhinvali Reservoir, is comprised of churches, fortifications and residential buildings of the local feudal Eristavi dynasty of Aragvi.

From Ananuri we drive towards the Greater Caucasus mountains and arrive at the ski-resort Gudauri, which lies at an elevation of 2196 meters.

Dinner and overnight in Gudauri.

After breakfast at the hotel, we start a full-day exploration of the Caucasus mountains. The road reaches 2395 m level on the Cross Pass, where we make several stops to taste mineral waters, as well as to observe waterfalls and snowy peaks of the mountains around.

We visit the peak of the Mount Gergeti and the Holy Trinity Church 14th c – located above Stephantsminda town and under the Kazbegi glacier (5033m) at the same time. The panoramic view from here is emotional.

Finally, after our trip to the mountains we drive back to Tbilisi.

After breakfast, we will drive towards Samtskhe passing through the Kartli region. On our way, we will make several stops in Kartli.

First, at the Gori town, the heart of the Kartli region and the birthplace of the Soviet leader Joseph Stalin. Stalin museum in Gori consists of the memorial house with a collection of Stalin’s personal belongings.

From Gori, we head for an excursion in the ancient Uplistsikhe cave complex. Uplistsikhe is one of the oldest rock-hewn urban settlements in Georgia dated back to the 1st millennium BC. The town is cut in rock and has many secret tunnels and passes connecting ancient chambers and halls.

Our next stop is at Borjomi – a town famous for its mineral sparkling water. Here we can taste Borjomi mineral sparkling water and take a walk through Borjomi-Kharagauli national park – one of the largest protected areas in Europe, which covers 5300 sq. km. The park is unique because of its wildlife, interesting historic sites, and different ecological and geographical zones.

In the evening we arrive in Akhaltsikhe.

The Castle is a mediavel fortress in Rabati district in Akhaltsikhe. Established in the 9th century and later rebuilt by innumerous times, today it represents the favorite venue of festivals and events. Amphitheater, fountains, gardens, museum, castle, hotel, souvenir shop and courtyard overlook the city from the hilltop and you can observe beautiful panorama of lesser Caucasus mountains. Excursion takes about one hour.

After the excursion at Akhaltsikhe Castle, we drive to Vardzia– a rock-hewn cave monastery on the left bank of the river Mtkvari. Initially planned as a town-fortress in the 12th -13th c.c., during the reign of Giorgi III and Queen Tamar, the complex became a well-fortified monastery, which had a significant role in political, cultural, educational and spiritual life of the country. We follow the rocky steps upwards to the main cave hall beautifully painted in 12th c and well preserved up to the modern dates. Some hidden tunnels connect 5th floor to 8th, some goes deep to the spring. there is one long and half-ruined downhill tunnel, which goes out of the town to the riverside. Excursion takes about one and half hours.

From Vardzia we drive back to Akhaltsikhe.

On the final day of the tour, after breakfast at the hotel, we will depart for Tbilisi.

On our drive back to Tbilisi, we will pass through the Javakheti Plateau. Along the way towards Tbilisi, we will make several stops at the alpine lakes of Sagamo and Paravani and Tsalka reservoir. In the evening we arrive in Tbilisi.

Those taking an extension trip to Armenia will be transferred to Gyumri after visiting Vardzia.

Those taking extension trips to Georgia will start their tour the next morning after breakfast.

Breakfast at the hotel. Check out untill 12:00 pm. End of service.

Additional cost for Single room is 148 €

Private drop off service from Tbilisi hotel to Tbilisi airport: 20 €

To arrange airport transfers and additional hotel overnights, contact us trips [at] georgianholidays.com

7 years and over - Adult price

Cancellation is free of charge prior 31 days of the starting day.
- The booking deposit 200 Euro is non-refundable in case of cancellation of the tour after booking has been confirmed. The fee is kept as a deposit on the Tourist’s account for future booking.