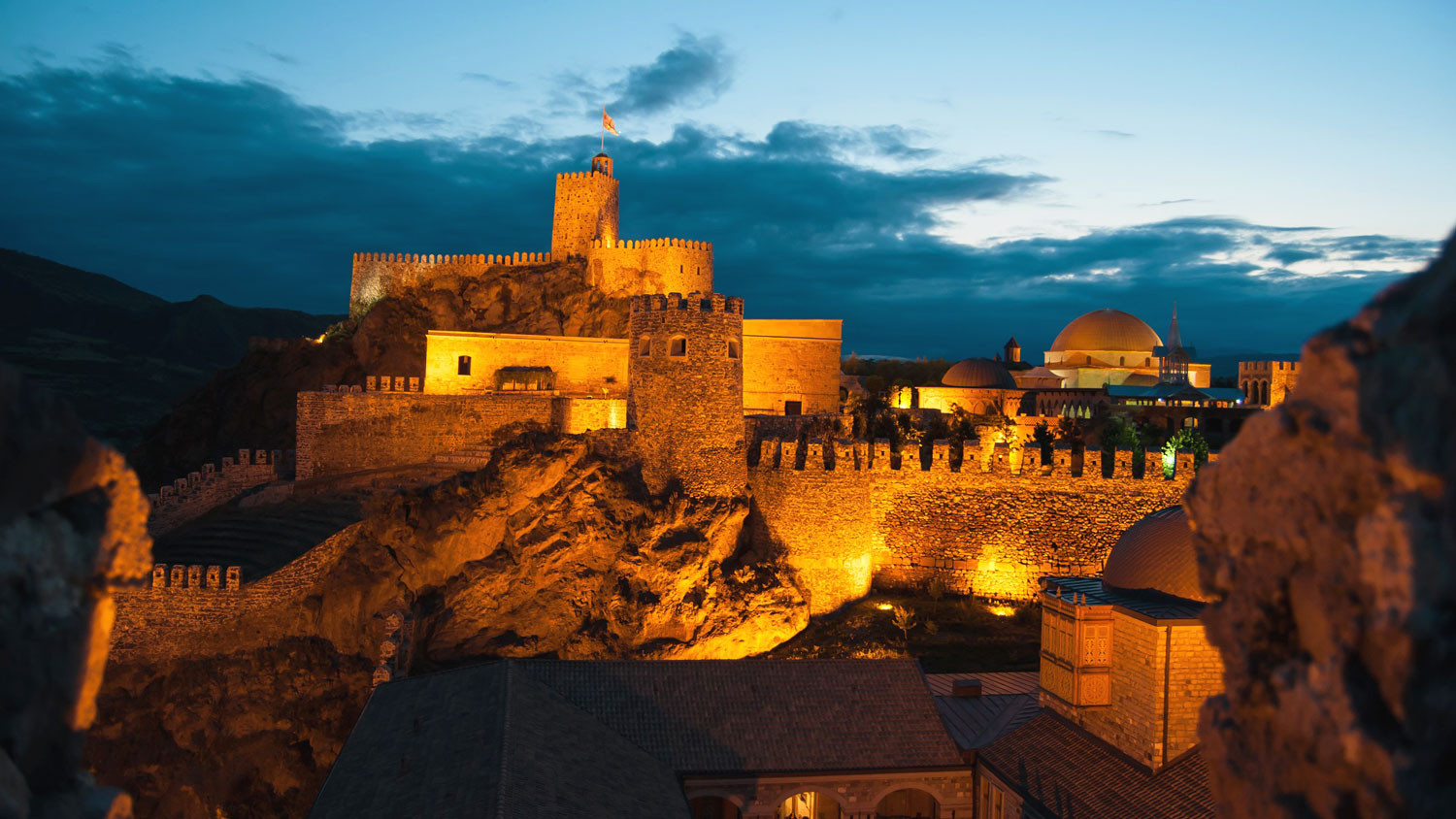 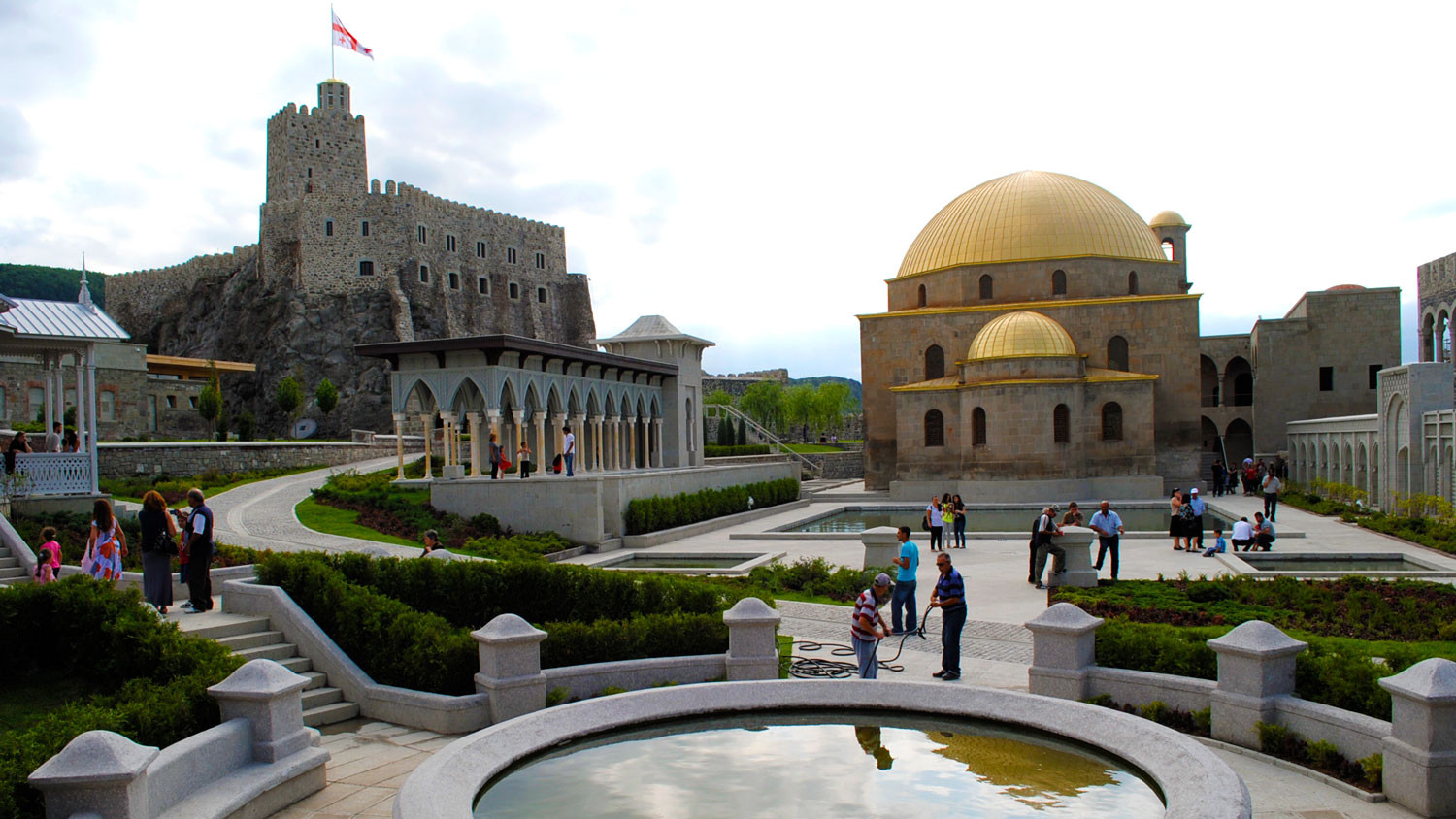 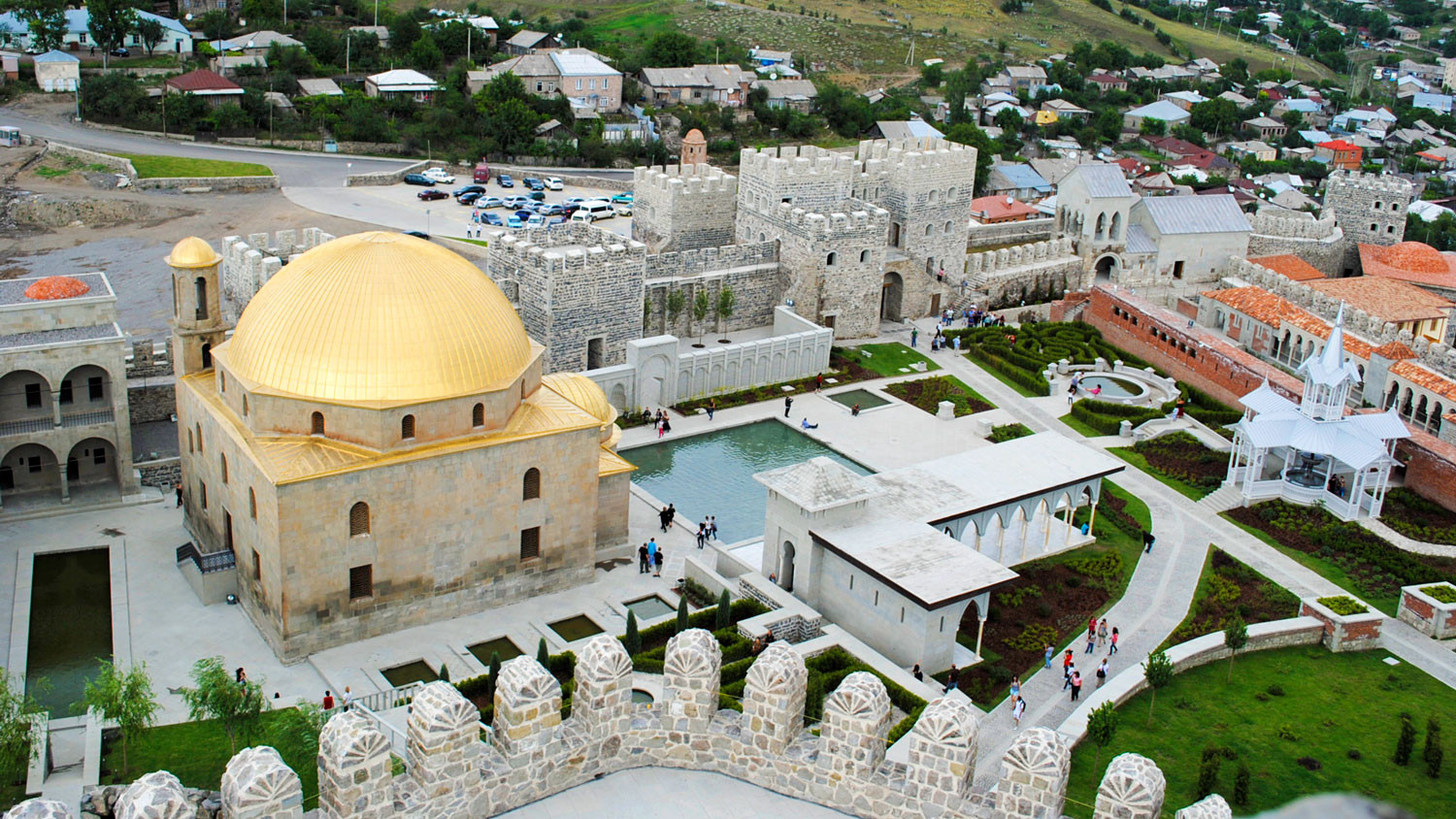 Rabati fortress is situated in the center of Akhaltsikhe, at a distance of 207 km from Tbilisi on the left bank of the river Potskhovi. The old part of the town so-called Rabati is situated on the rocky inn. Ensemble comprises: Sargis Jakeli castle of 14th c., Fortress Church (late Middle Ages), Palace 18th century and the Church of Saint Marine (1865) with built-in relief works.

Ivane Javakhishvili Samtskhe-Javakheti History Museum in 1972 moved to two buildings at the Rabati territory in Akhaltsikhe and it was named after Ivane Javakhishvili. Today, the Museum houses the significant part of the region’s cultural heritage. Totally it preserves over 25,000 objects. They include manuscripts and old printed books (parchments dating to the 11th, 12th, 15th, and 17th cc.), photos, archaeological, numismatic, and ethnographic collections, etc. The Museum’s textile collection (rugs and carpets of the verge of 19th-20th cc.) as well as collection of ancient inscriptions cut on stone are of high importance. Since December 2004 Ivane Javakhishvili Samtskhe-Javakheti History Museum is a part of the Georgian National Museum. Apart from two main buildings that display permanent exhibitions - the Castle that surrounds it, Administrative building, Mosque built in 1752, Ruins of a medresa (Islamic school) - belong to the Museum. Total size of the Museums open air territory is 27.500 square meter. From this territory 3.978 square meters is occupied by buildings, 23.522 square meters is a yard inside the citadel.