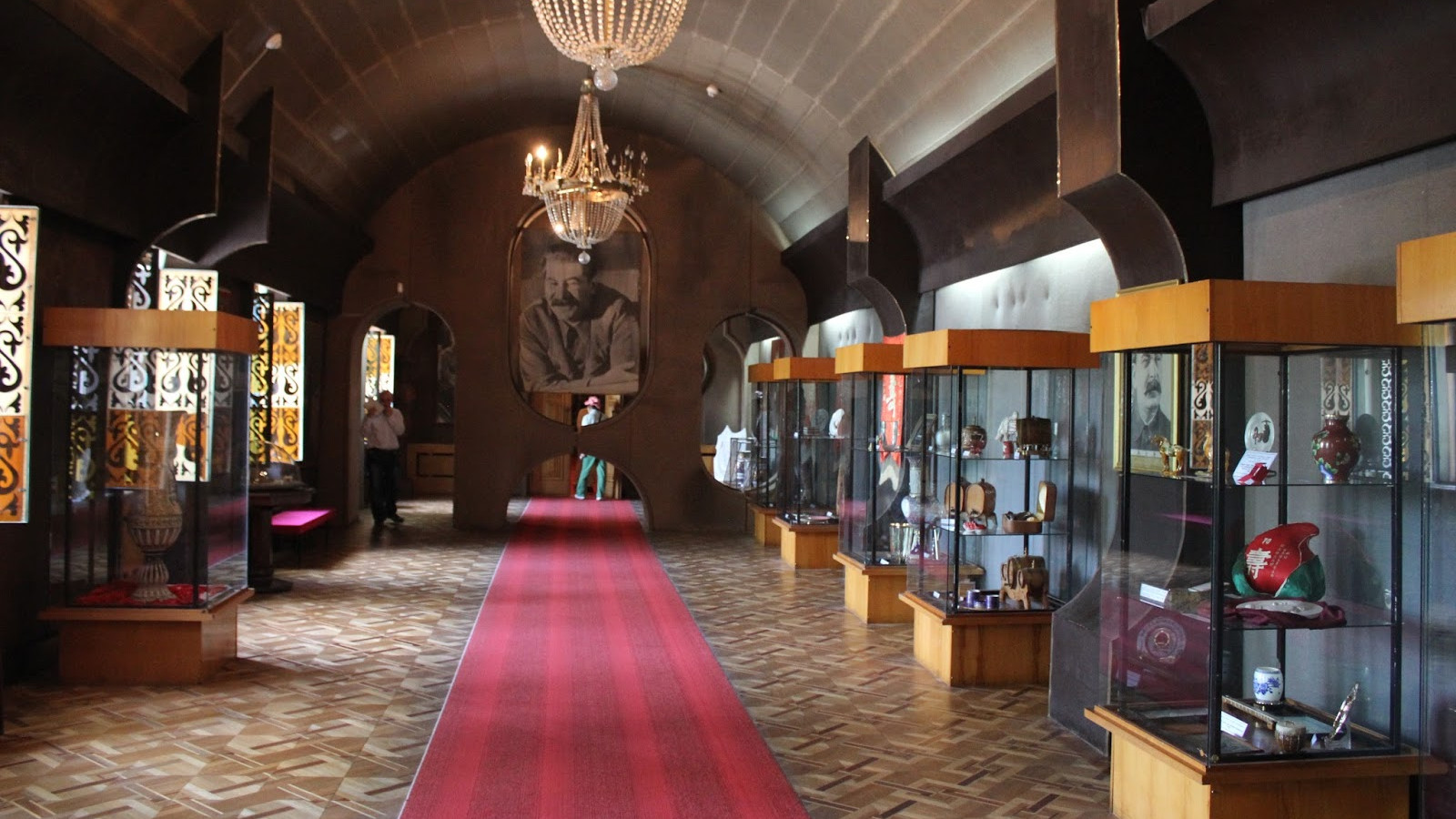 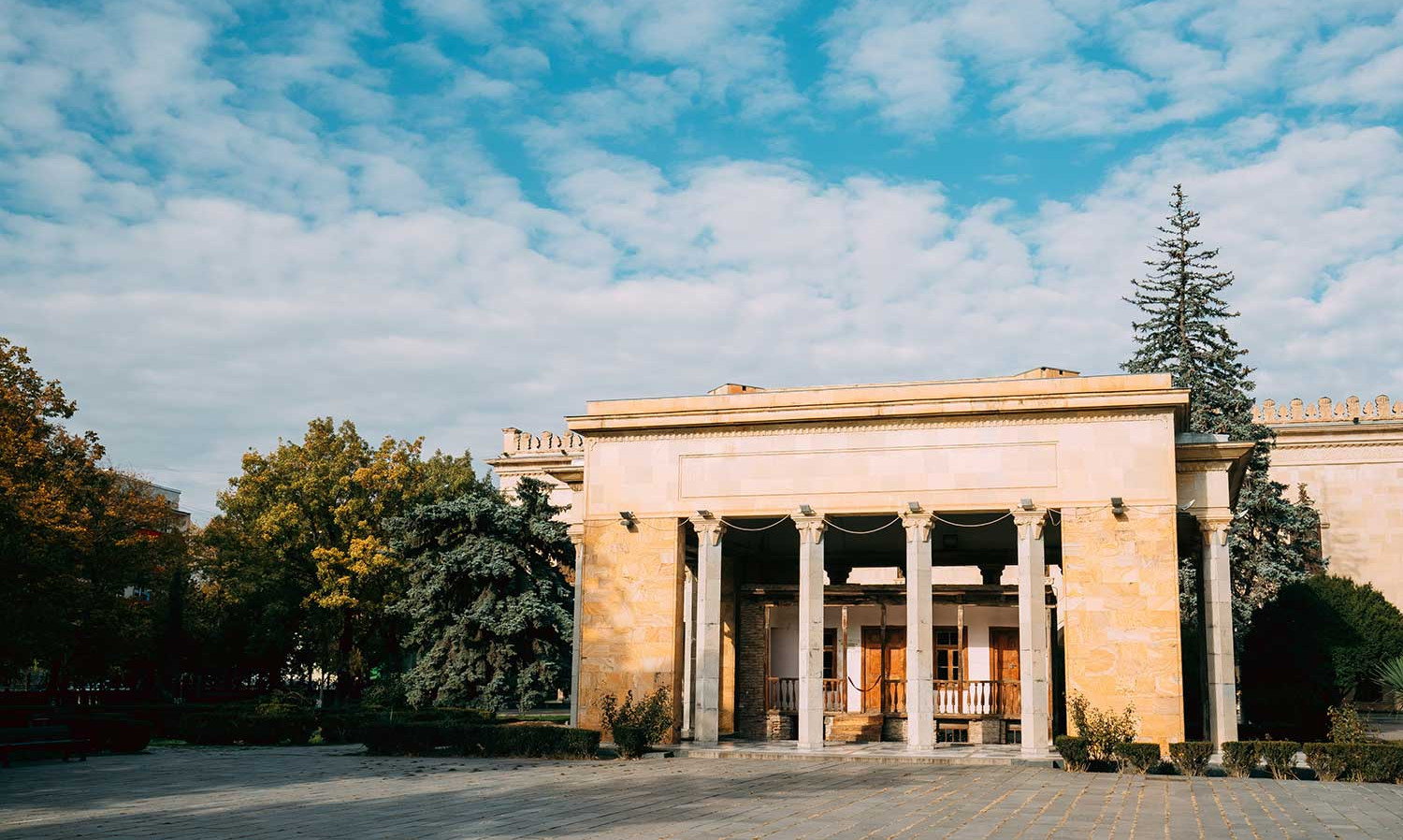 The museum, originally founded in 1937, is a must-see for history buffs or anyone interested in Soviet history. The museum is telling a story of a young boy from the provincial city, who became the leader of the Soviet Union through a collection of unique photos, gifts, furniture, personal items, and even his face mask. His humble beginnings are illustrated by the basement hut where Joseph (Ioseb) Jughashvili started out his life, it was rented by his father who used to be a shoemaker. There is also Stalin's own personal train carriage, complete with well-equipped sleeping quarters and a writing desk. Keep in mind that despite the history of the brutality of Stalinism, local population of Gori have mixed feelings on Stalin and in many circles, he is still respected as a renowned leader.