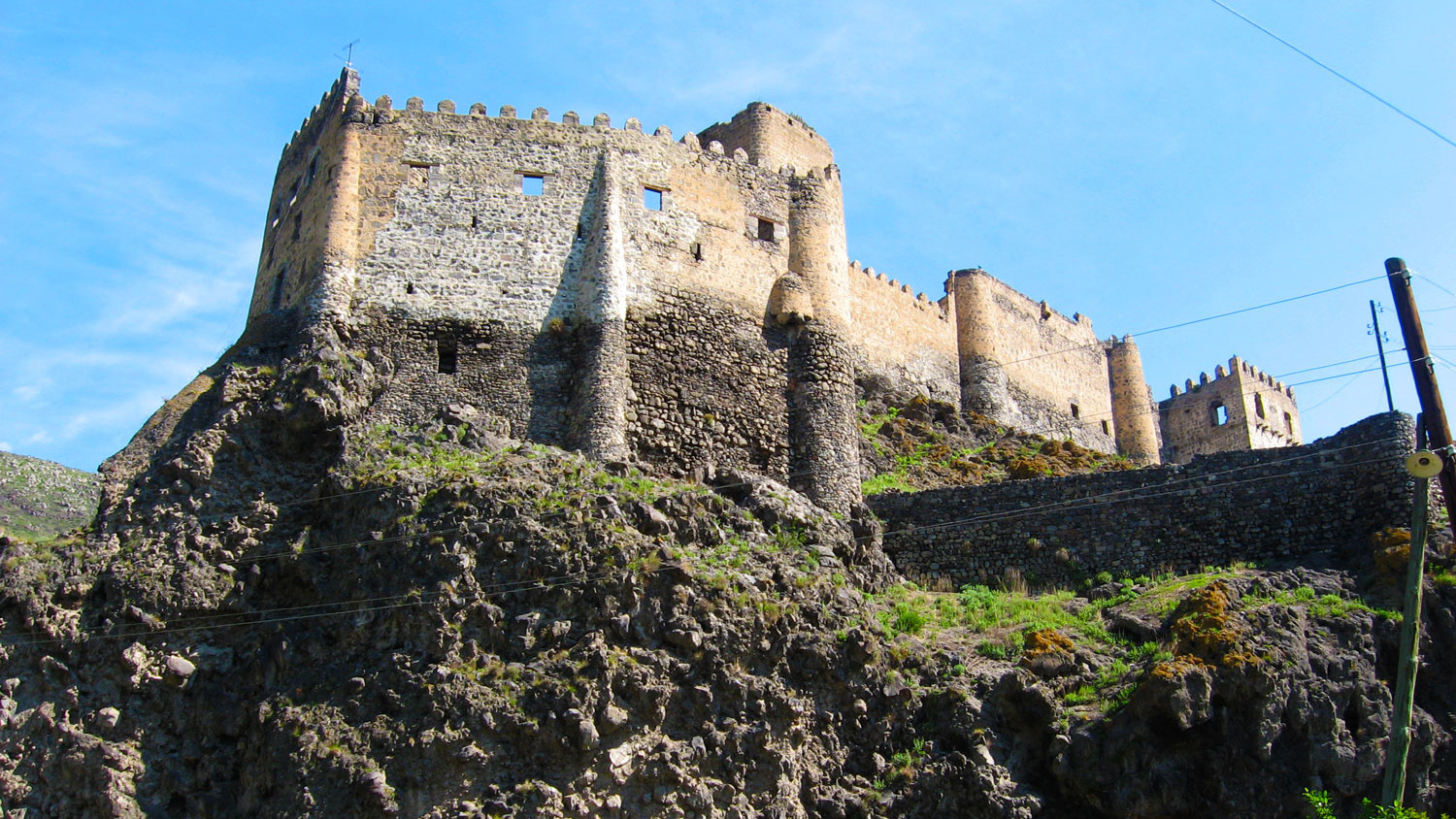 Located in historical Meskheti, Aspindza Municipality, Samtskhe-Javakheti region, the gorge of the river Mtkvari - Khertvisi is arguably one of the oldest fortresses in Georgia. Fortress is erected on a cliff near the confluence of the rivers Mtkvari and ParaVani, historically guarding the important roads leading to the territory of modern-day Turkey.

11th century Georgian chrOnicler Leonti Mroveli dates it back to the antique period and argues that Khertvisi used to be one of the earliest towns on Georgian territory. There is little known about Khertvisi until the medieval times though. Structures that have survived up to this day are dated to the 10th-14th centuries.

Khertvisi was under House of Jakeli in the middle ages, a noble family that ruled Samtskhe-Atabegate, after the disintegration of the united Kingdom of Georgia. From 16th to 18th centuries these areas, including Khertvisi has been conquered by the Ottoman Empire. Khertvisi (and historical Samtskhe) was returned to Georgia in 1828, as a result of the decline of the Ottoman Empire and series of Russo-Ottoman Wars.

Fortress stands on a high rocky hill overlooking canyon of the river. Complex is composed of a citadel with towers and lower yard. There are two tunnels from the north leading down to the river.

Since 2007, Khertvisi- Vardzia are included in UNESCO world heritage the tentative list.