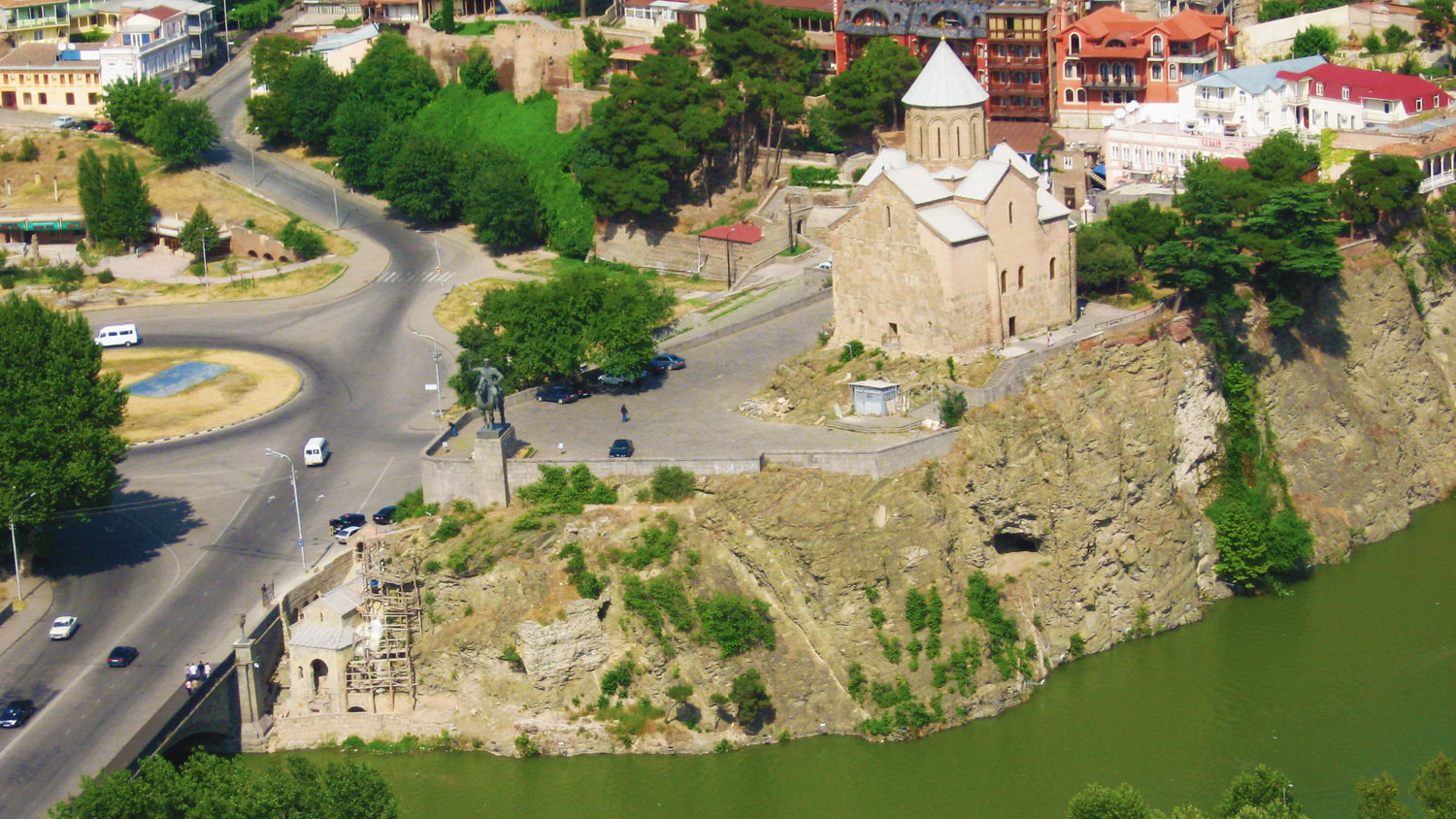 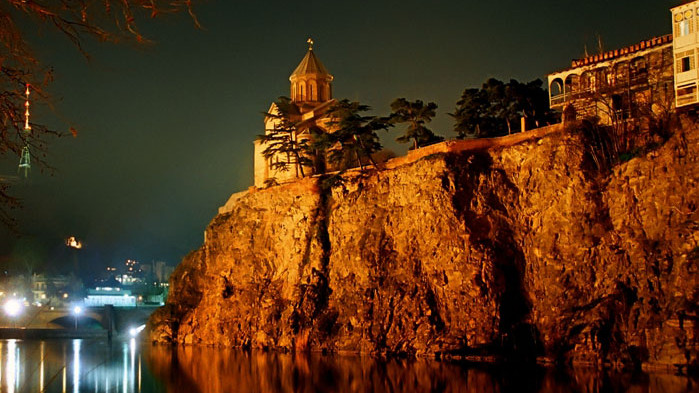 According to the annals, in the 5th century, the king Vakhtang Gorgasali built here the first church and a fort of Tbilisi, which also served as the royal residence. The first church symbolically resembled the church built on virgin Mary’s tomb in Gethsemane garden in Jerusalem. The church was burnt as a result of Mongol invasion in the 13th century. It was ruined and restored many times since then.

In early 20th c, Soviet authorities planned to remove the church together with other additional buildings built by Tsarism regime in 19th c  - jail and living quarters of Russian troops -garrison, but faced a great resistance from Georgian intellectuals led by the Georgian artist Dimitri Shevardnadze. The artist was purged executed during Joseph Stalin's repressions, but the church was preserved. Later, it functioned as a theater. In 1961, the equestrian statue of King Vakhtang Gorgasali by the sculptor Elguja Amashukeli was erected in front of Metekhi church. The church resumed functioning in 1988.