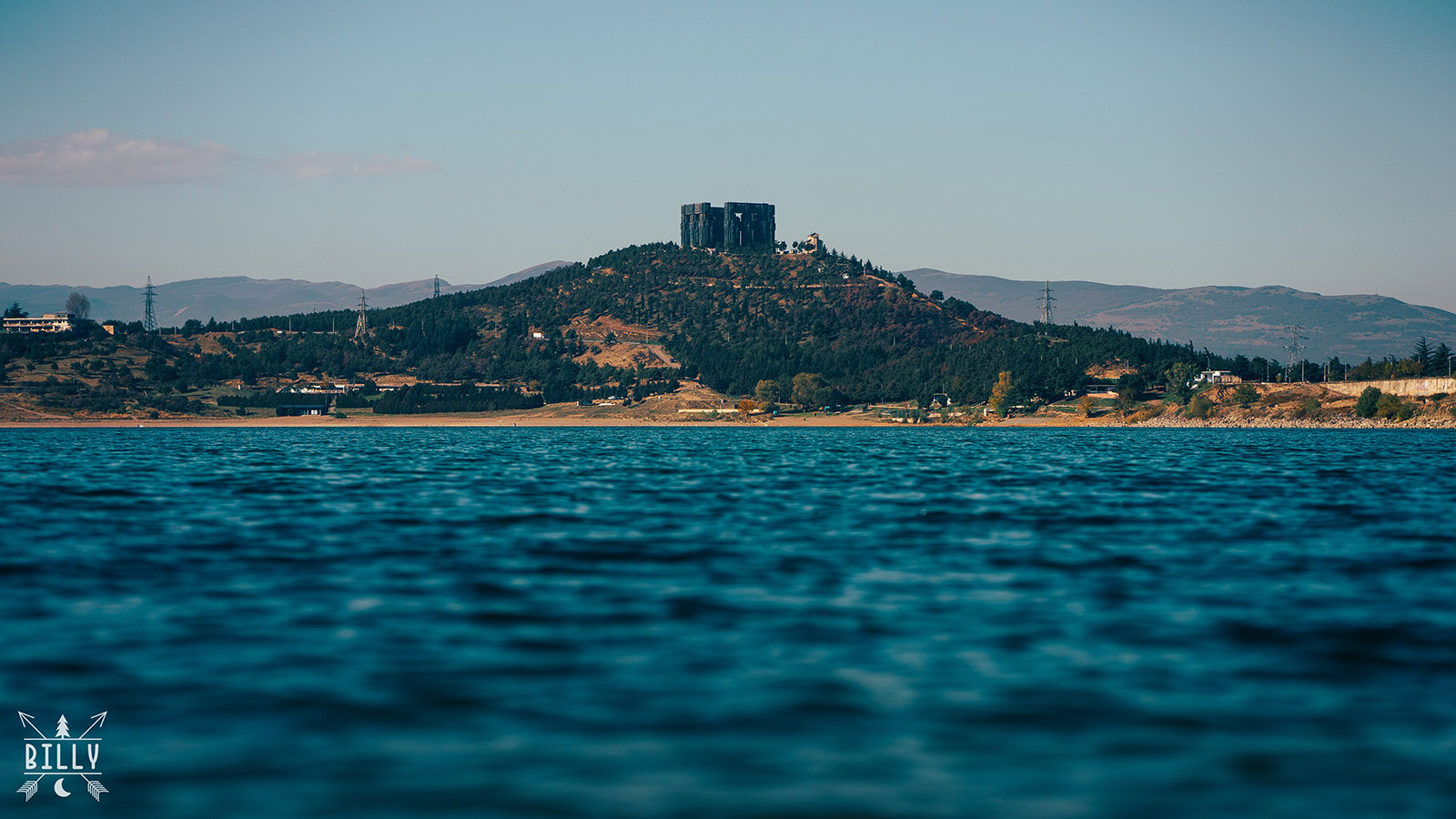 Chronicle of Georgia - the monument is located in Temka area, not far from Tbilisi nature reserve. Created by Georgian-native Soviet / Russian sculptor and architect Zurab Tsereteli in 1985, this immensely impressive structure was never fully completed as funding ceased after the collapse of Soviet system.

The monument consists of a large staircase that leads to a huge colonnade covered with monumental bronze bas-reliefs.

The 16 pillars are built into a square with a height of 30 to 35 meters, the upper half depicts kings, queens and national heroes. On the floor there is an engraved name list of Georgian Kings and Queens, on one big burial stone. Royals were killed and burred out of Georgia because of historical circumstances. The lower part depicts stories from the New Testament. A chapel and bronze cross in the shape of vine is erected here - the so-called cross of St. Nino.

We remember that all topics of any religious content were banned in Soviet times.

To book private tour, please, check itinerary below or contact us here