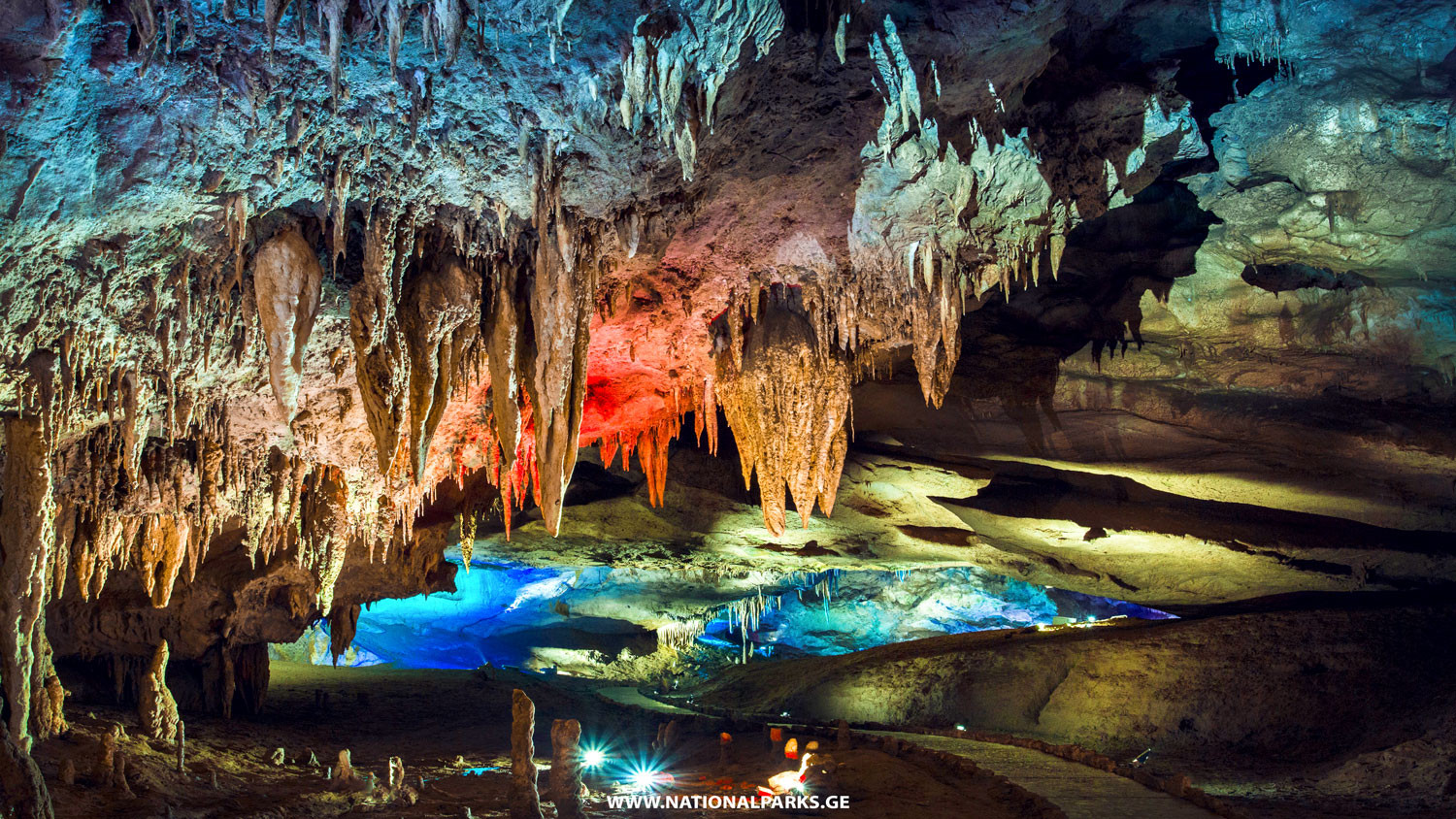 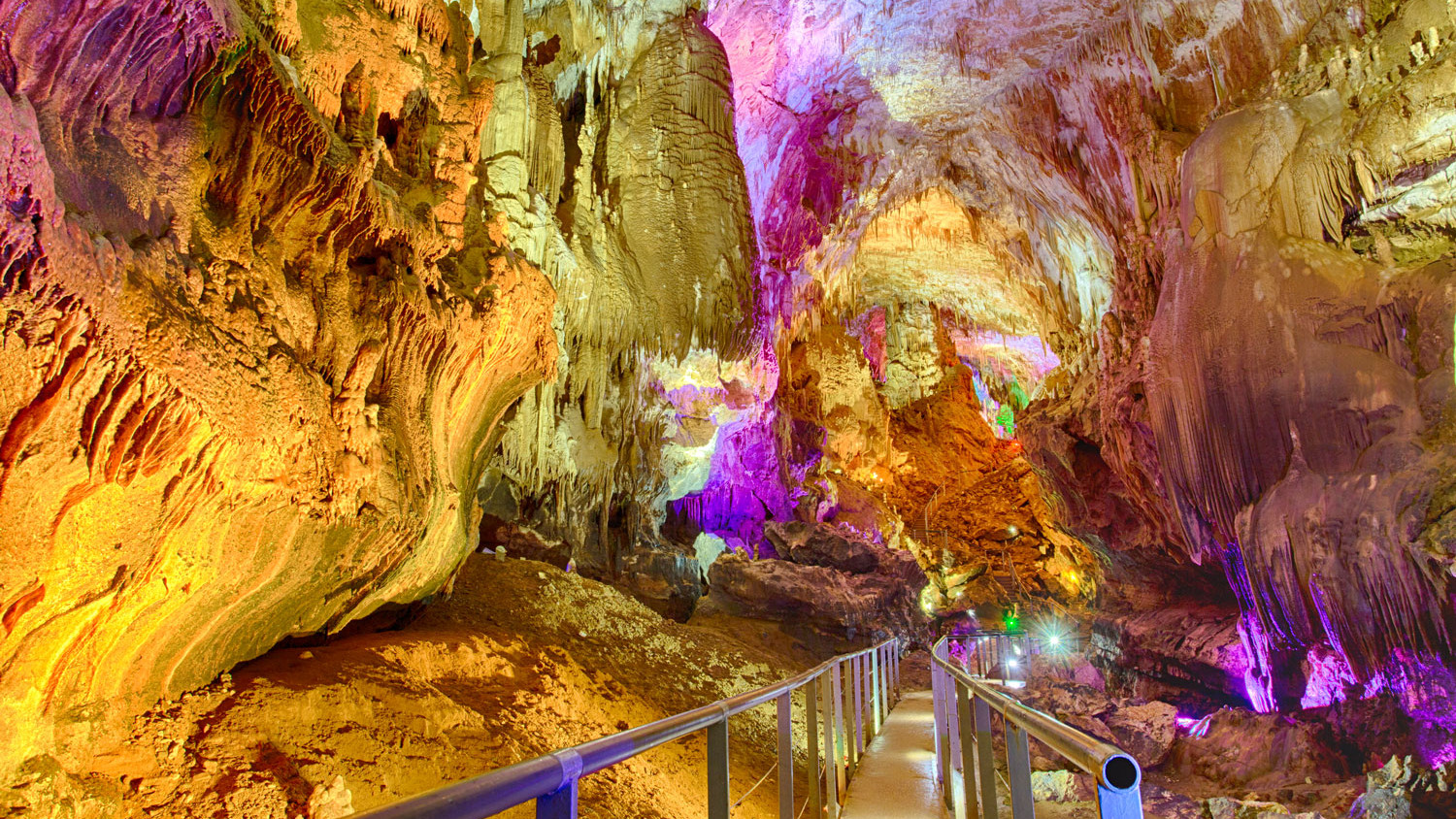 Prometheus Cave, named after the greek hero Prometheus, who was changed on the south Caucasus Mountains  was discovered in 1984, it is the longest cave of such kind open to the tourists.  Four distinct layers were formed during different stages of the Earth’s development and tourists are able to journey through the historic territory by foot or in boats. The cave was renovated in 2010 and features underground light system filled with LED lights along with  soothing classical music tunes, the temperature inside the cave  is a constant comfortable 14 degree Celsius. The cave is open to the tourist year around.