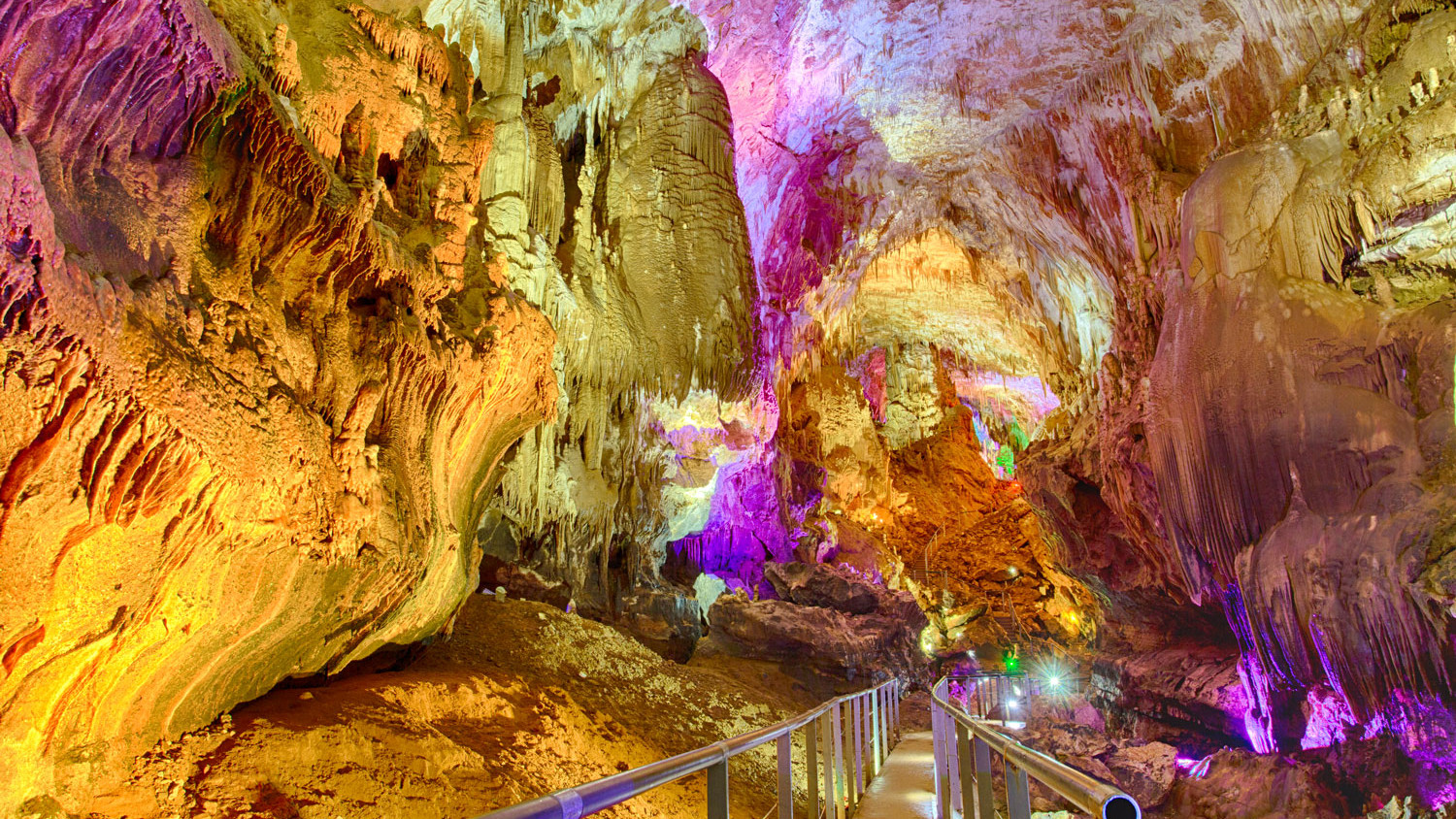 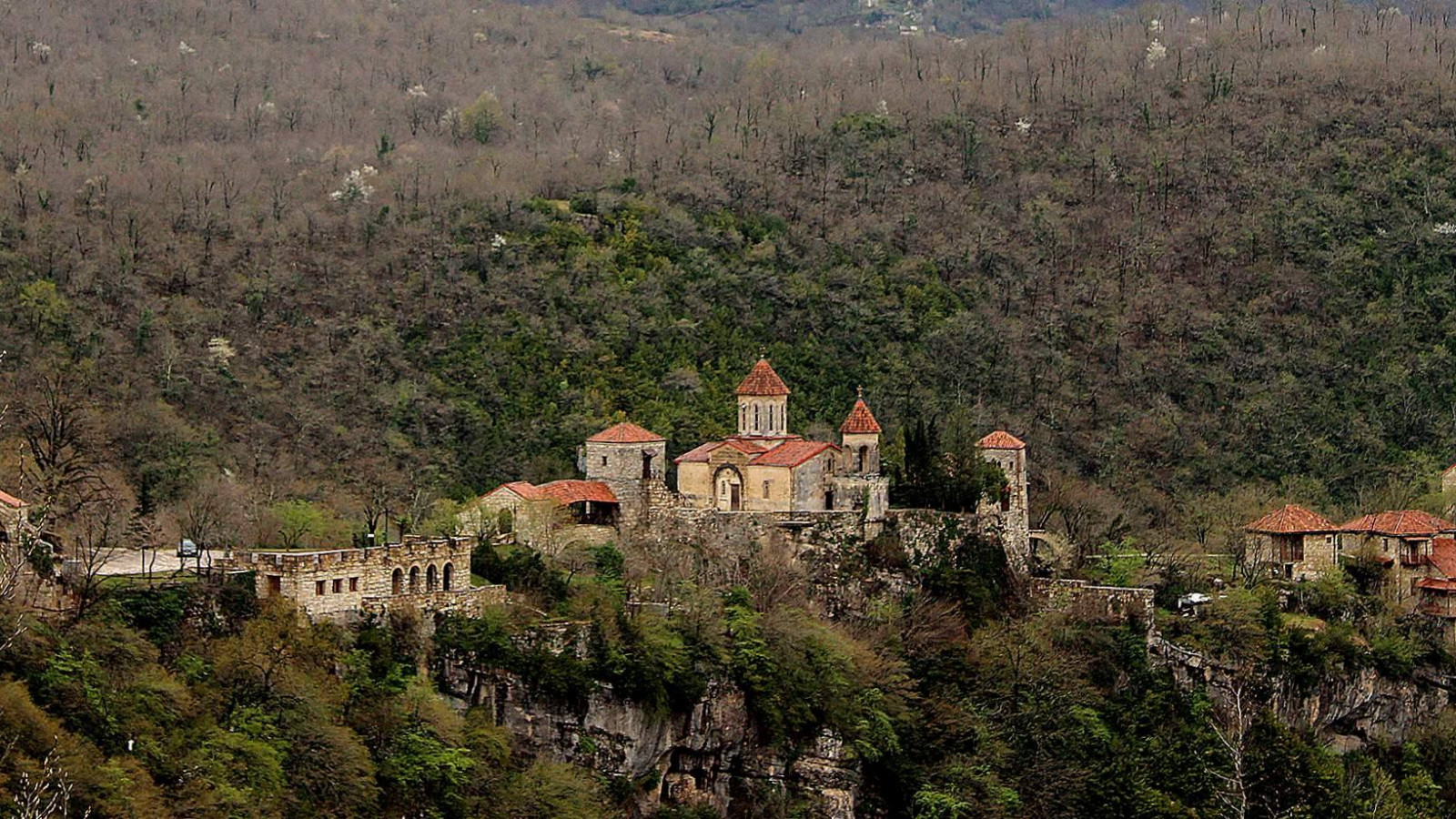 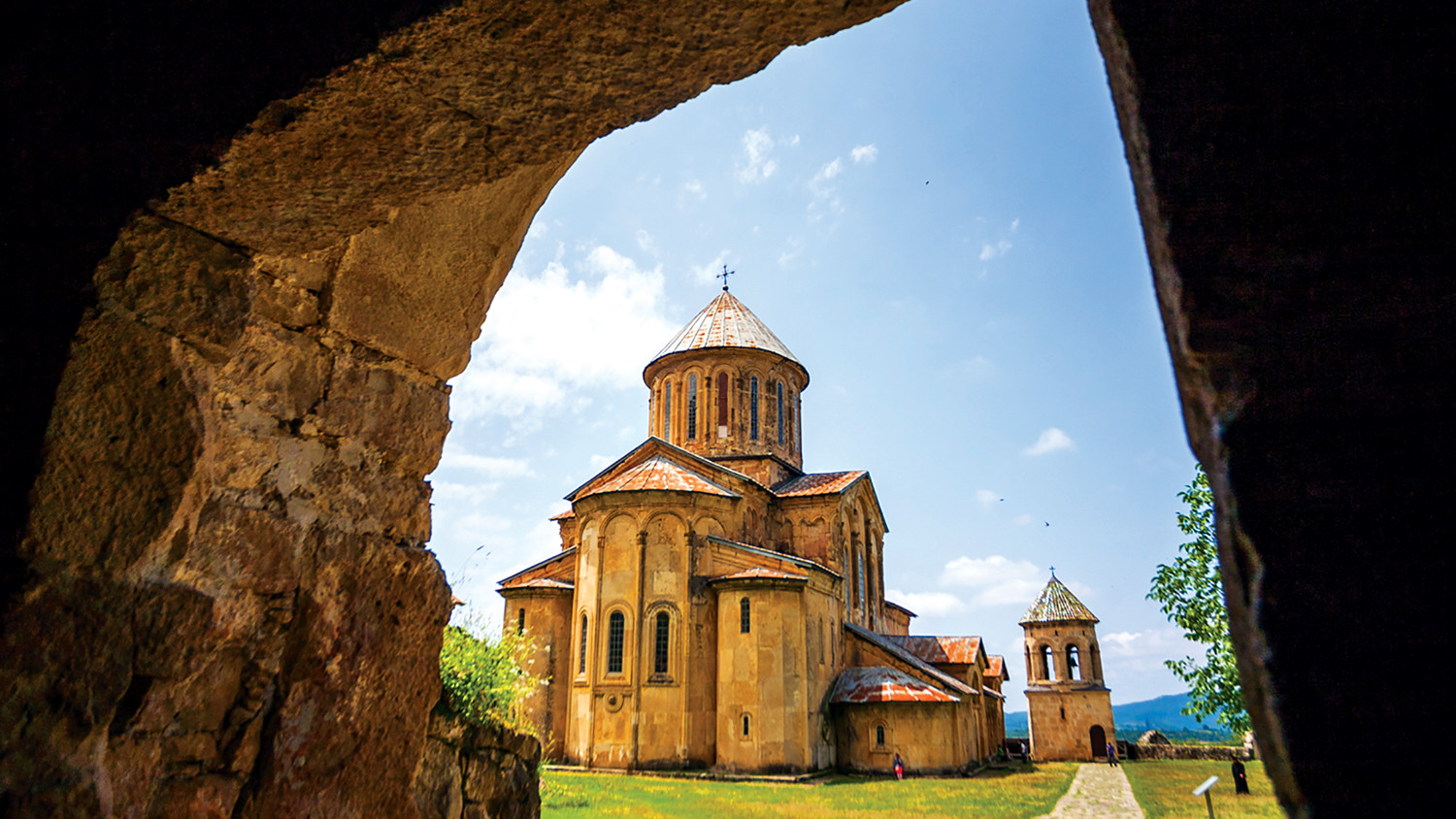 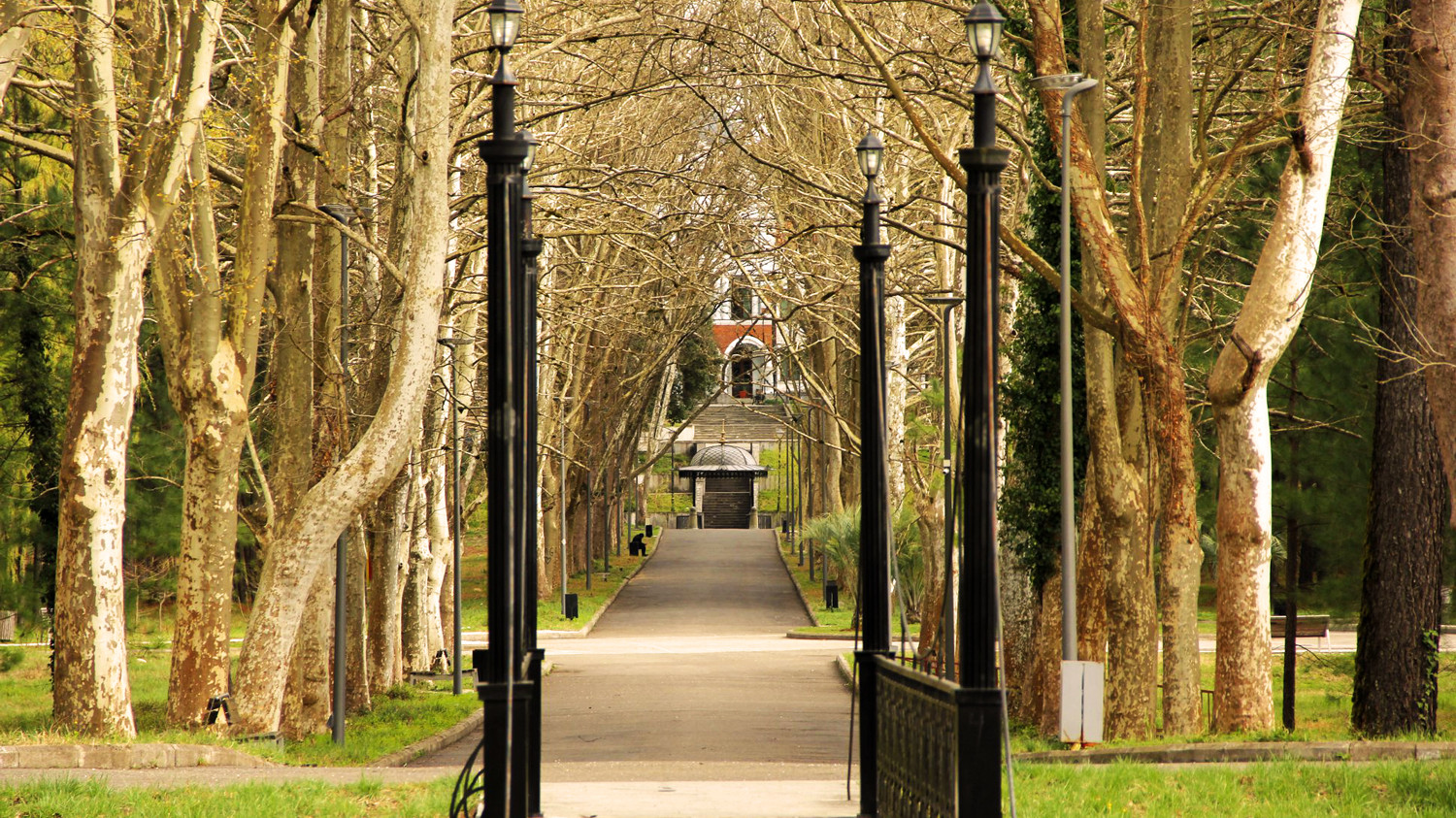 The guide will meet you at Kutaisi hotel. As the tour is private, we start upon your convenience.

Have a nice day!

Meet your guide at the hotel lobby in the morning.

First place to drive today is Prometheus Cave (22 km from Kutaisi) - one of the longest karst caves in Georgia, discovered in 1984. The total length of tourist route inside the cave is 1300 meters long. Stalactites and stalagmites are lighted beautifully and classic music sounds along the way. Boat trip in underground river is available at the exit stage (depending on the water level conditions).

Next stop is spa town Tskaltubo, located in 17 km from Kutaisi. Tskaltubo is a balneological resort. Have a nice walk through the city and visit unique sanatoriums and spa centers, as well as the famous Soviet-era bathhouse, often referred as "Stalin's Bathhouse".

Lunch will be served at the house-museum of the writer Otia Ioseliani.

Continue the tour to Motsameta Monastery, located 7 km from Kutaisi. The Monastery stands above the Tkaltsitela River and is buried in coastal vegetation. Monastery was built in the 11th century by the king of United Georgia Bagrat III. The Monastery is named after Georgian noblemen, brothers David and Konstantine Mkheidze.

The final attraction of the tour is the UNESCO world heritage site - Gelati Academy and Monastery complex, established in the 12th century, during the Georgian Golden Era.

In the evening return to Kutaisi.

NOTE: Tour is ready to run every day, except Tuesdays.

To arrange airport transfers and hotel overnights, contact us info[at]georgianholidays.com