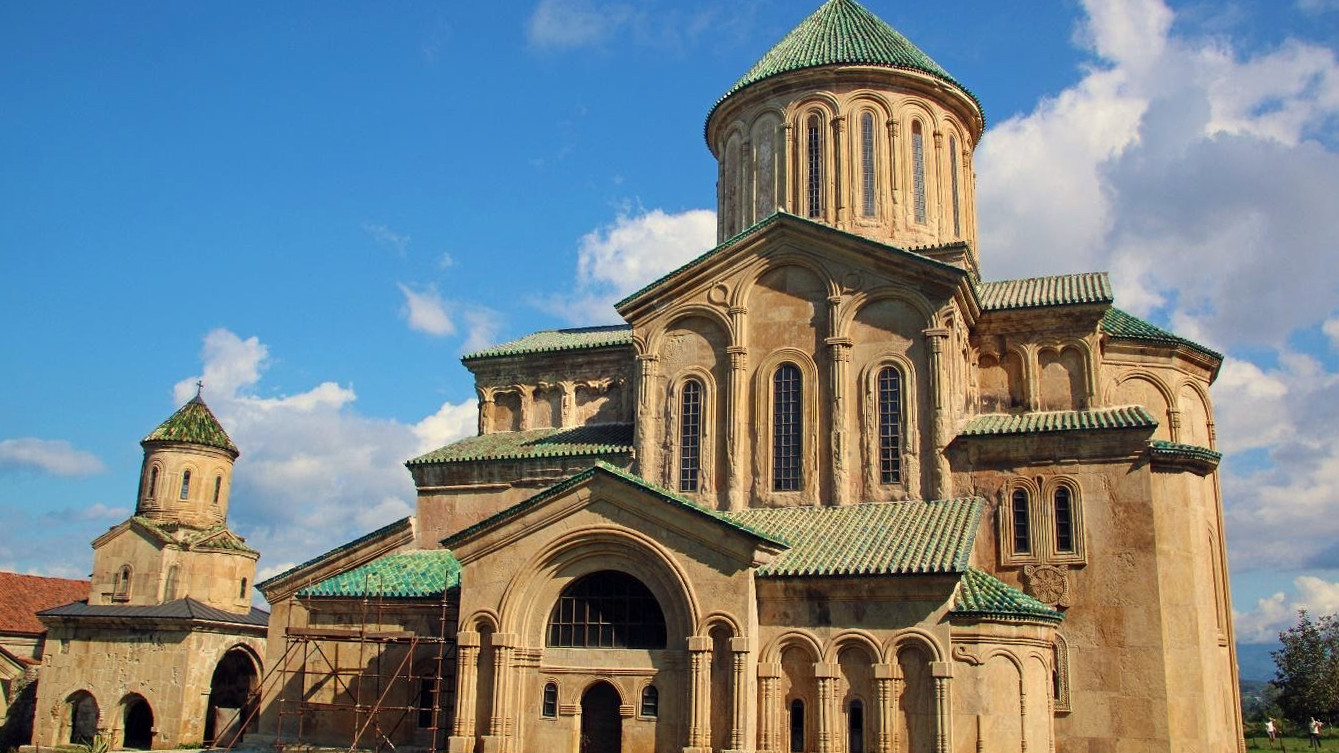 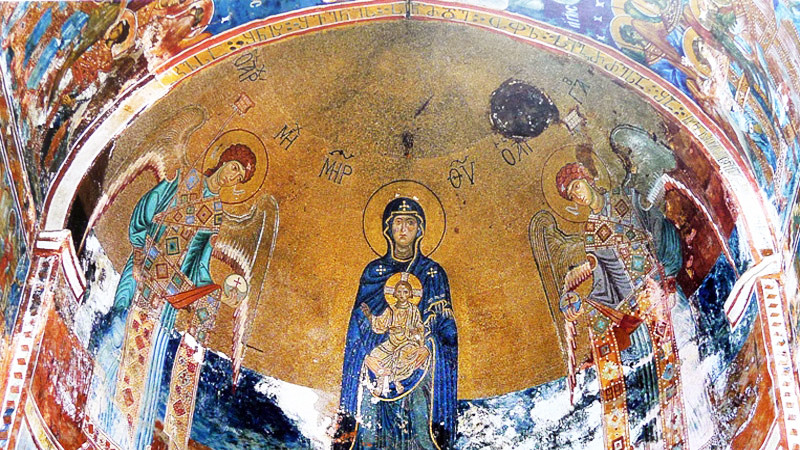 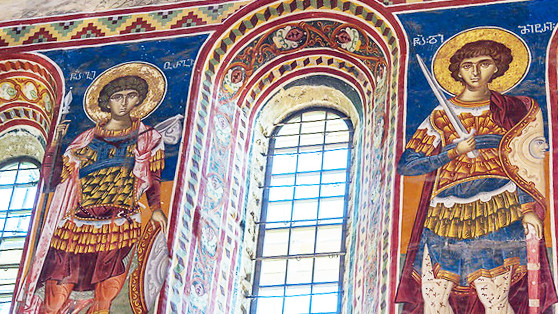 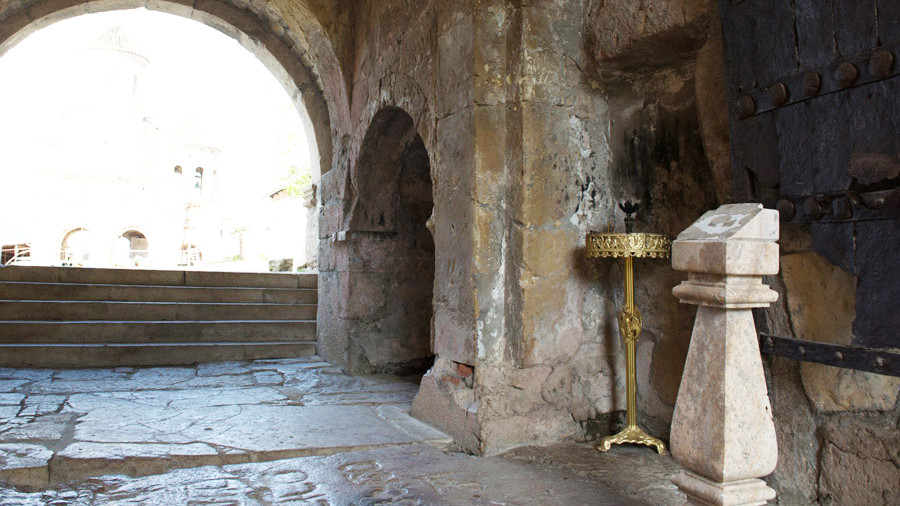 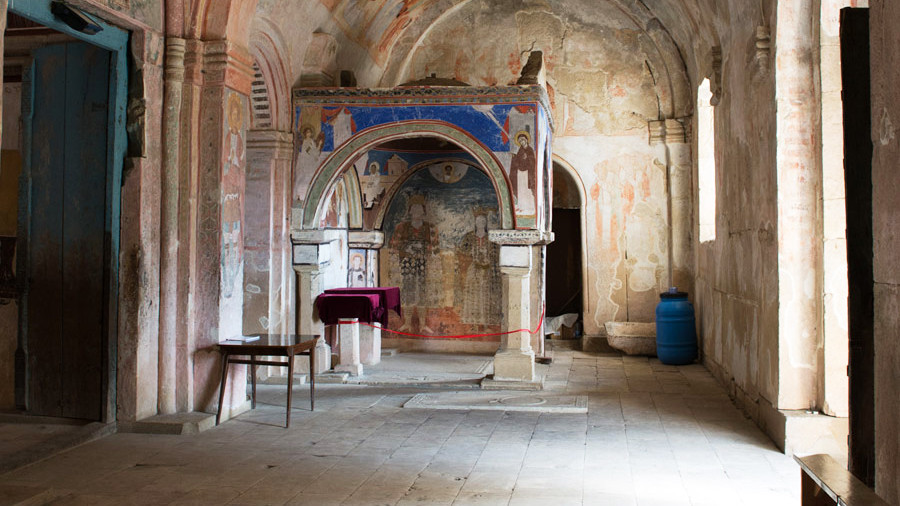 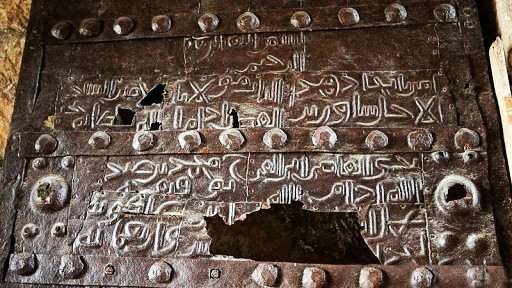 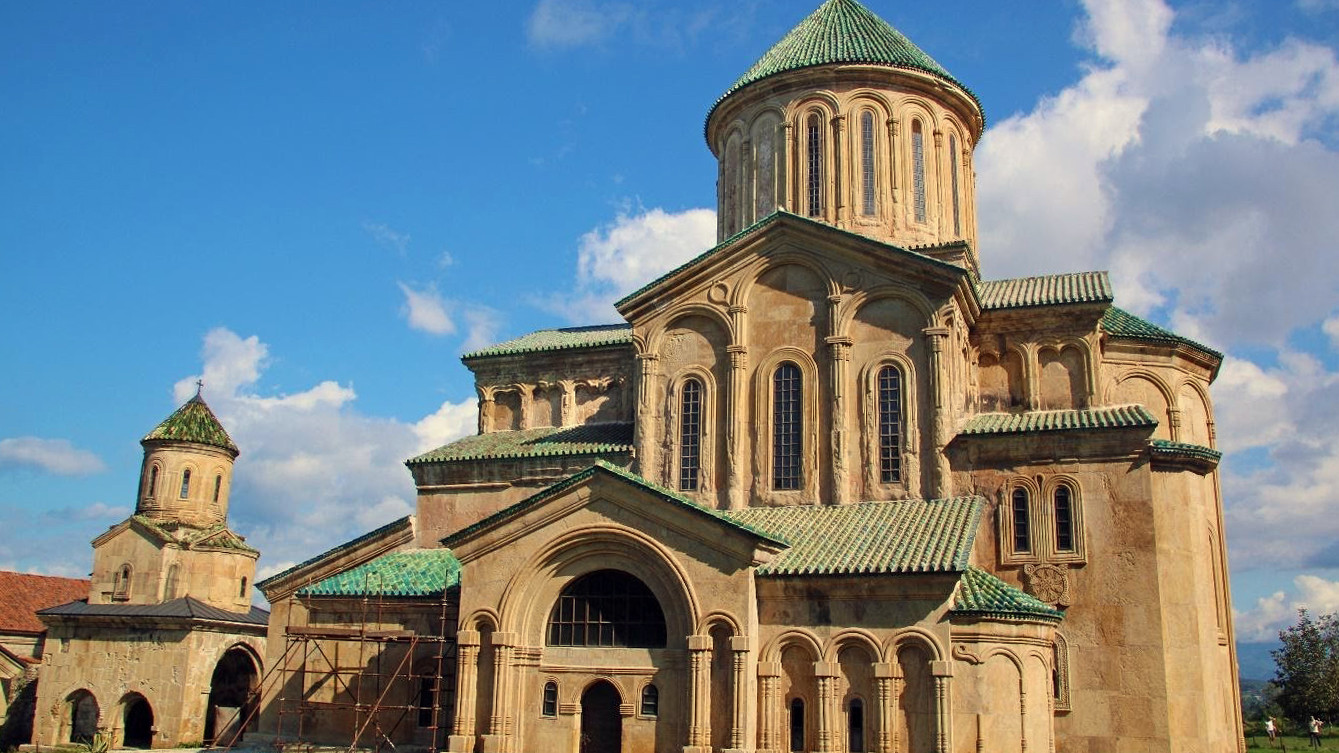 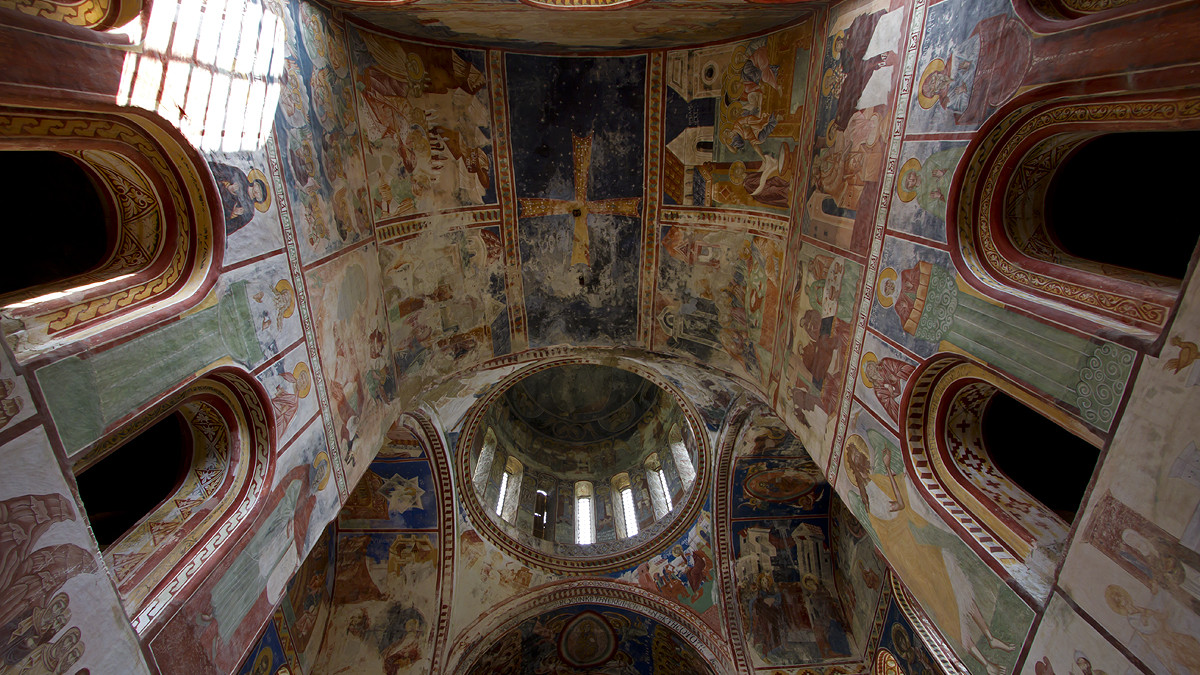 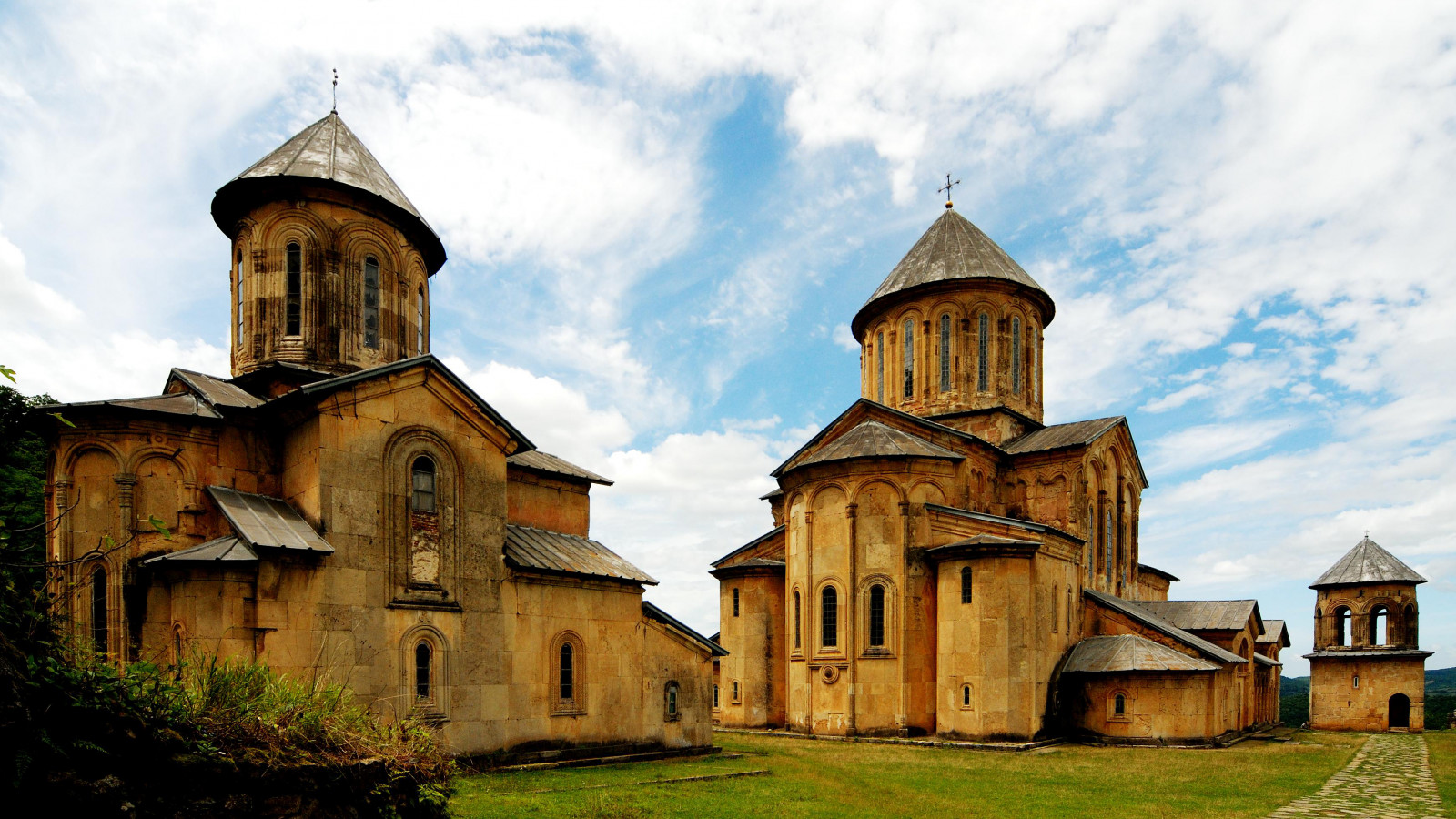 Gelati Monastery and Academy, is a historical monument from 12th c. The complex was founded by an iconic king of Georgia – David IV the Builder in 1106, during the period of the most flourishing historical period in medieval Georgia-the Golden Age. Gelati used to be the center of Georgian monastic and educational life through centuries. It also became the burial ground for Georgian kings: David IV, Demetrius I, kings of Imereti, Bagrat III, Giorgi II, Giorgi III, Alexander V, Solomon I. Many icons and artifacts, previously housed at the Gelati sacristy, are now kept and displayed at the Georgia Museum of Art and Kutaisi State Historical Museum.

Gelati is situated 9 kilometers from city Kutaisi, bordered by a beautiful ravine from the south-east snow-capped peaks of the Caucasian mountain ridge. Being surrounded by a stone wall, the complex can be broken down in several major pieces: the main Church of Dormition of the Mother God, Church of St. George, two storey Church of St. Nicholas, a bell tower over the spring, and Gelati Academy building. There are two gates: the south-west –within whose passageway is preserved the slab over the grave of David the Builder. Another gate is on the east side of the monastery. The Gelati Monastery has preserved a great number of murals dating back to the 12th -18th  c.c. They adorn both the main Cathedral consecrated to the Nativity of the Virgin and the Church of St. George.

The Main Church of Dormition is a central-domed structure. The interior of the main church of Gelati complex is especially impressive as it preserves unique samples of Georgian monumental painting: The conch in the Cathedral's chancel is adorned with a 12th century mosaic of Virgin Mary and child Christ and Archangels. Frescoes depicting first seven ecumenical councils as well as various biblical scenes are later period. Other murals show historical figures, such as David IV, David VI Narin, and members of Imereti royal family.

Church of St. George is a 14th century building, located west of the main church. The interior has frescoes depicting famous historical figures, such as king Bagrat III and his wife.

Church of St. Nicholas is a small two-storey structure with ornamented windows and a door.

Gelati Academy building stands in the western part of the complex, on a steep slope. The structure has a square form with a decorated, four-column gate at the entrance.