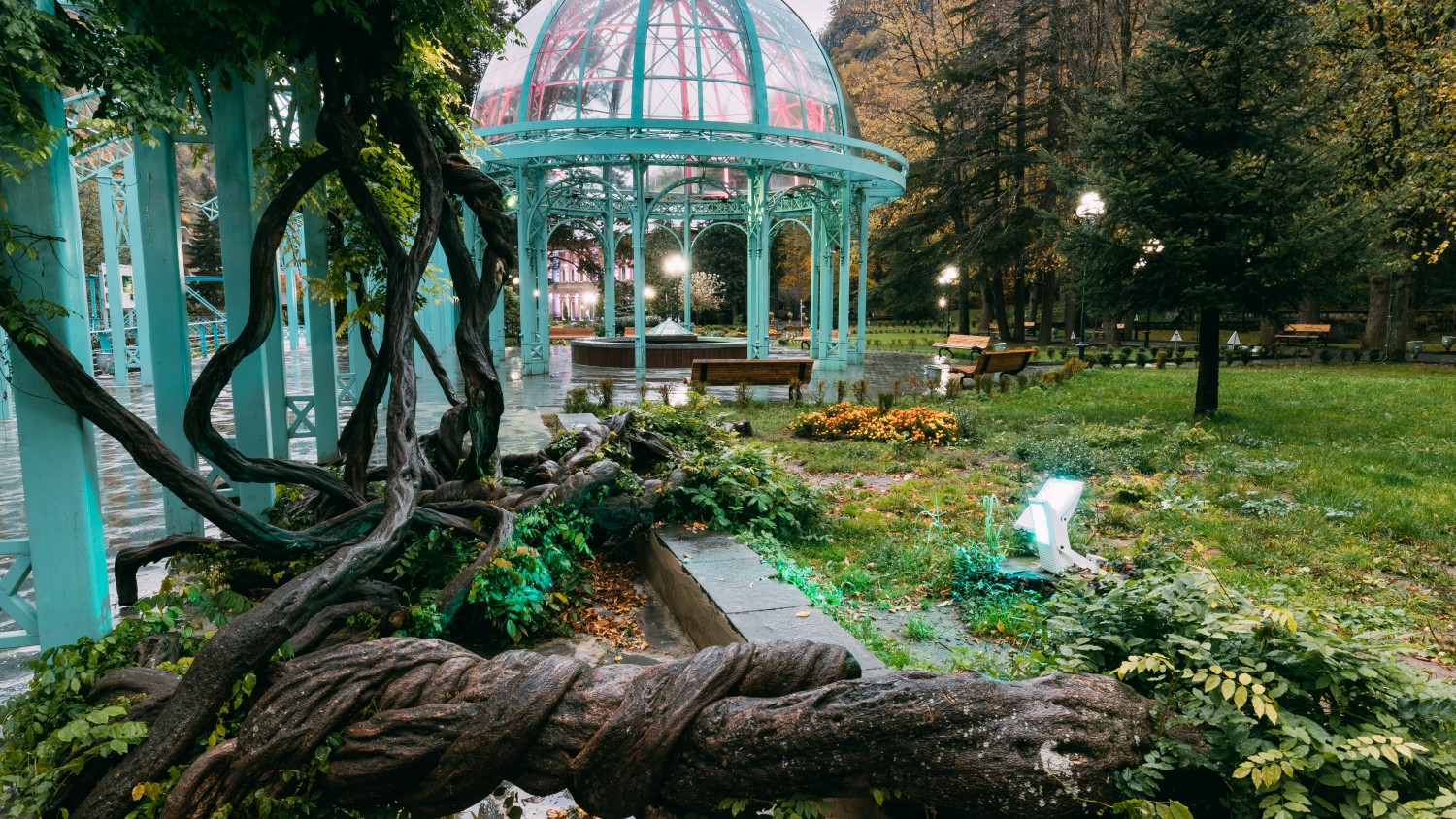 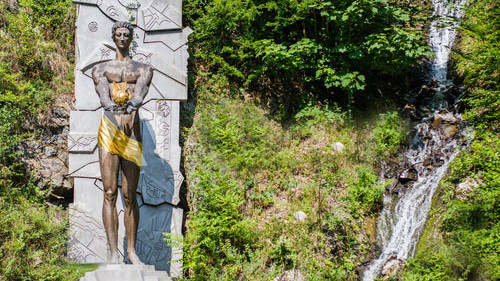 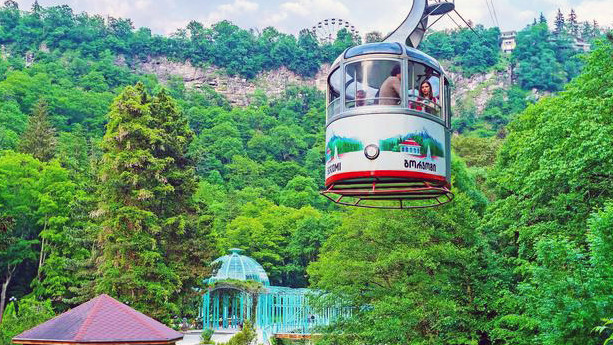 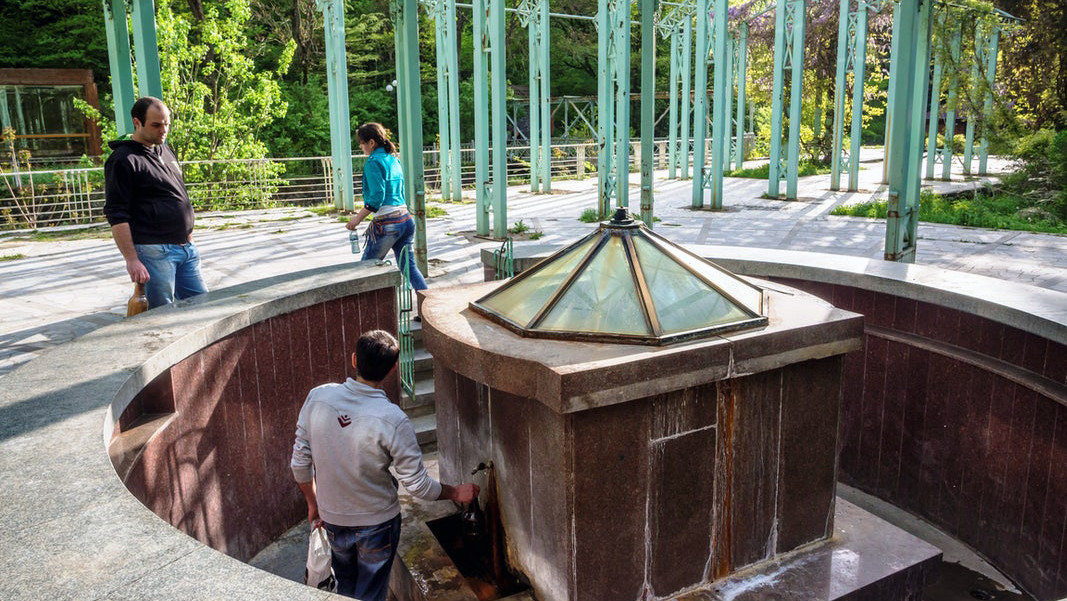 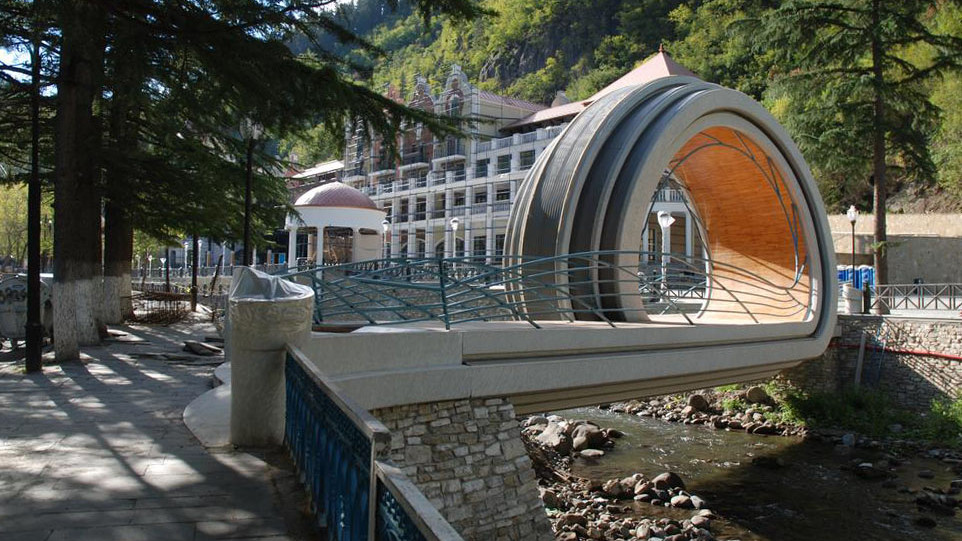 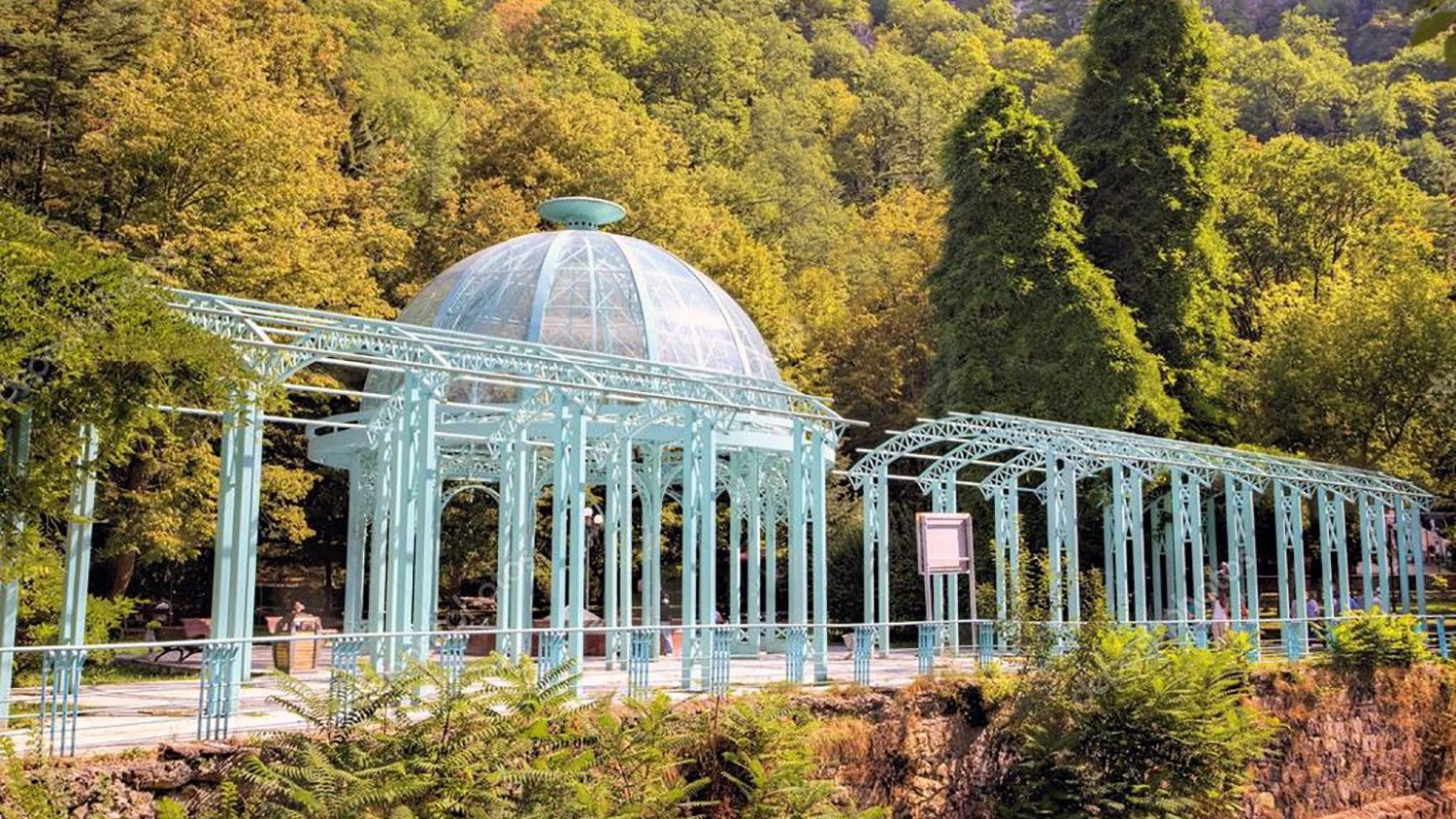 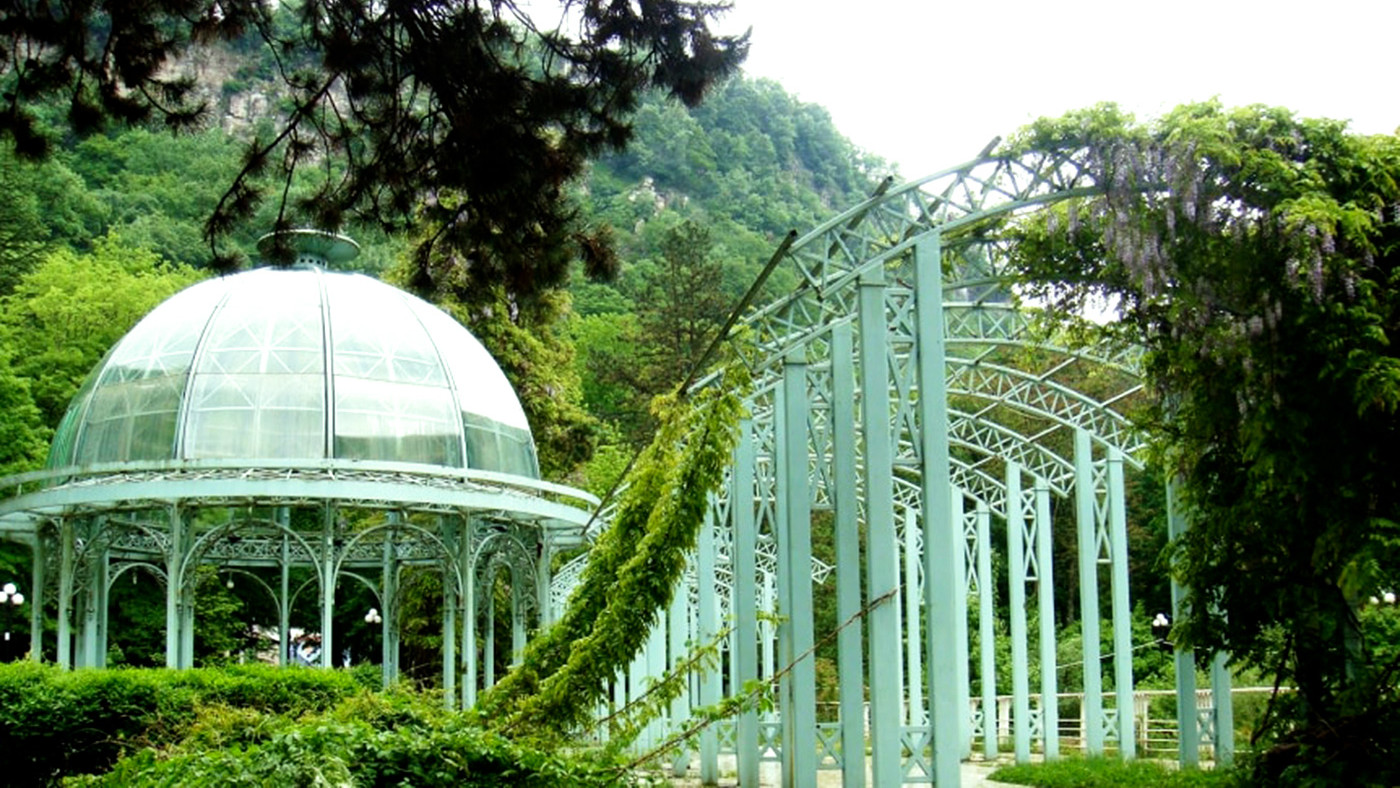 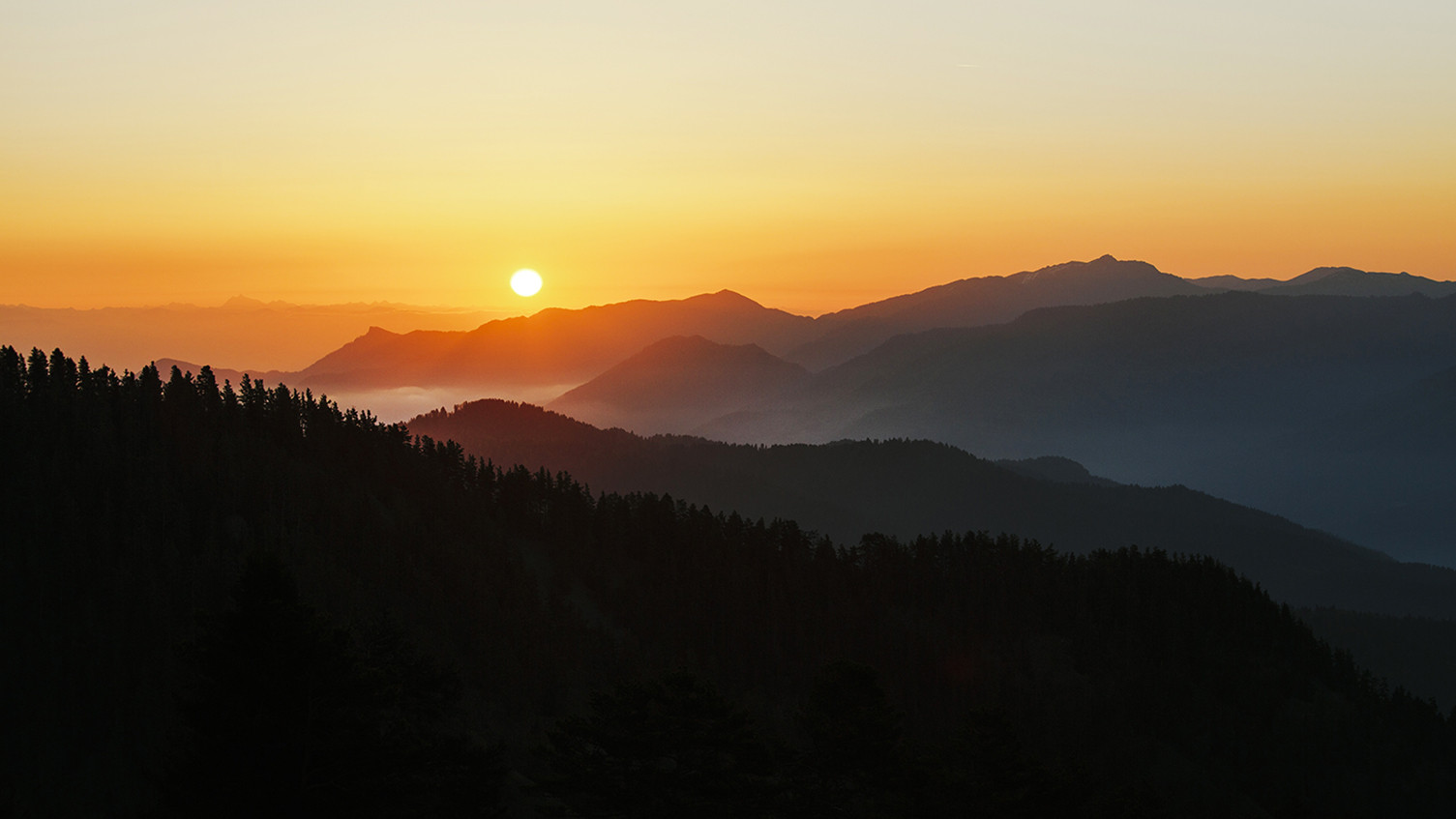 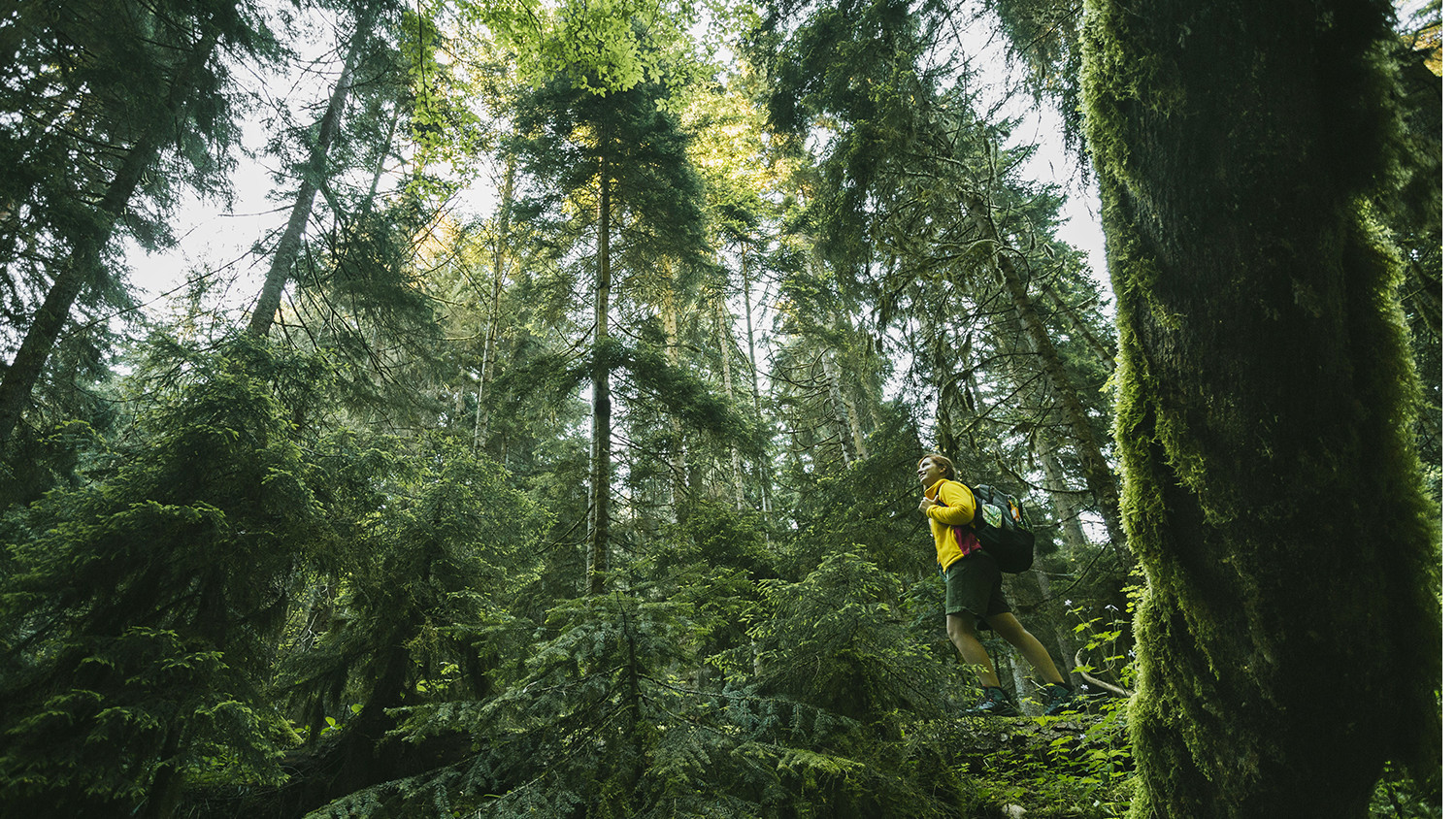 A popular resort town in the Samtskhe-Javakheti region of South-Central Georgia, with a population of 10, 546 people, Borjomi town is located on the slopes of Meskheti mountain range at the edge of Borjomi-Kharagauli National Park. The town is surrounded on all sides by mountains covered with dense forests of broadleaf and coniferous trees, which is ideal for treating respiratory diseases. Borjomi is also home to the most extensive ecologically-themed amusement park in the Caucasus.

During the 15-18 centuries, there were villages named Chala, Nua, Phahpa instead of the town. In the same period in Uraveli valley was a small village named Borjomi. It’s believed that this name was brought by refugees from a place conquered by the Ottomans.

Borjomi town is internationally renowned for crystal fresh air saturated with the aroma of pines and for curative mineral springs of volcanic origin, which by archaeological excavations are over 1,500 years old. Mineral springs were accidentally found by Russian soldiers and officially opened in 1830, production of Borjomi water began in 1890. The city got town status in 1918 and turned into an international resort and summer residence for the Romanov Royal Dynasty. It has often been used as a recreation place by state and cultural figures of foreign countries: Russian Czars, political leaders like Maxim Gorky, Pyotr Tchaikovsky, Joseph Stalin, and others.

Today, Borjomi is an internationally acclaimed brand, National pride of Georgia, and visiting card of the country.

Top attractions of the Borjomi town include:

Borjomi-Kharagauli National Park-first protected area in the Caucasus holding this status and one of the largest National parks in Georgia, established in 1995 with the support of the World Wildlife Fund and the German government. The park covers 85,083 ha of native forest, subalpine and alpine meadows, housing rare species of flora and fauna. Visitors can enjoy here hiking, bird-watching, horse-riding, and various cultural/educational tours.

Borjomi Central Park-the park has an ecological theme and it features: mineral water bottling plant, a green pavilion with a transparent dome and mineral water fountain where you can fill up your own bottle, a peculiar statue of Prometheus which stands at the base of a small waterfall, a cable car leading up to a scenic overlook, children’s amusement rides, a swimming pool, a cinema.

Museum of the Study of Local Lore-one of the oldest museums in Georgia, constructed in 1890 and officially opened in 1926, is unique both in its architecture and building materials used.

Green (Mtsvane) Monastery the same Chitakhevi St. George's Monastery - a 9th century active monastery located 8 km away from Borjomi, in the village Chitakhevi. The monastery is named “Green” because of the green stones with which the church was built and all the trees in the valley being of a special green color.

Cultural Heritage Monument Firuza - one of the most important historical buildings and a unique cultural monument in Borjomi, built-in 1892 by Mirza Reza Khan-the consular of Iran in Russia, as a summer residence with spa facilities. The building combines characteristics of Georgian, Persian, and European styles.

Borjomi-Bakuriani Railway (Kukushka) - is a 37.2-kilometer narrow-gauge railway line linking Borjomi town to Bakuriani ski resort. In 1897 the first brother of Russian Tsar Mikheil Romanov assigned French constructor Alexander Gustav Eifel to construct the rail. The construction continued for four years due to difficult terrain. The first train ran in January 1902. Since 2017, the Borjomi-Bakuriani railway holds cultural heritage status, as one of the first railway lines in Georgia.

Timotesubani monastery also called Cathedral of the Holy Virgin-one of the most important religious and cultural landmarks in Georgia. The medieval Orthodox Christian monastic complex was built in 12-13th century during the “Golden Age” of Georgian history and contains a unique cycle of mural paintings (1205-1215).

Gogia Fortress - the historical monument was built around the 14th century and it had an important strategic position in the middle ages. The fortress stands on top of the mountain in the town of Borjomi overlooking the town.

Romanov’s Palace also referred as Likani Palace and as the Fourth Department-was built by the Russian architect Leontin Benua in 1892-1895 under the order of Nicholas Romanov-the last Emperor of All Russia and served as a summer holiday residence for the legendary Russian Royals’ Dynasty. It is interesting to note that Joseph Stalin had also visited Likani Palace periodically.

The general architectural style of the Palace is described as Mauritian, with each of the sides of the villa having a different form and shape and presents a stunningly beautiful example of architecture.

The Romanov's Palace houses unique exhibits of different Royal antiques, such as the table given to the Romanovs by French emperor Napoleon, a chair presented by the Shah of Iran, a historical hand-made walnut table carved personally by the Russian Emperor Peter I, a porcelain parrot, who starts movement upon opening the door, Romanov era billiard table in the billiards room, a private office of Grand Duke which was later occupied by Joseph Stalin, a double-sided armchair called a “couple in quarrel” and one of the major attractions within the palace- the “butterflies” bedroom.

A wonderful garden completes the magic impression that visitors get from exploring Romanov’s Palace. Thanks to the year-round pleasant mild climate, Borjomi town is a great place to visit regardless of any season.

To book private tours, please, check detailed itineraries below or contact us here.