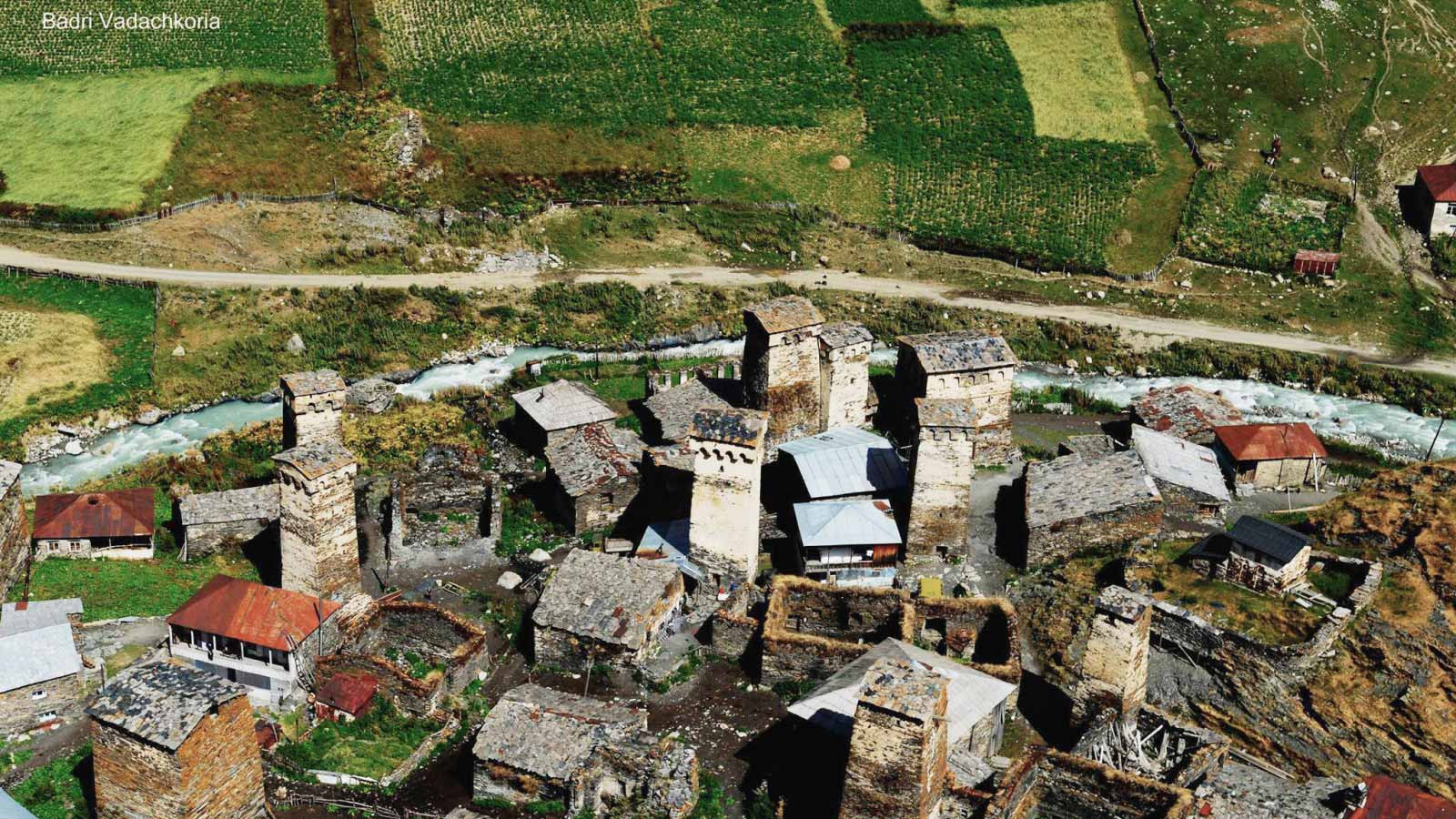 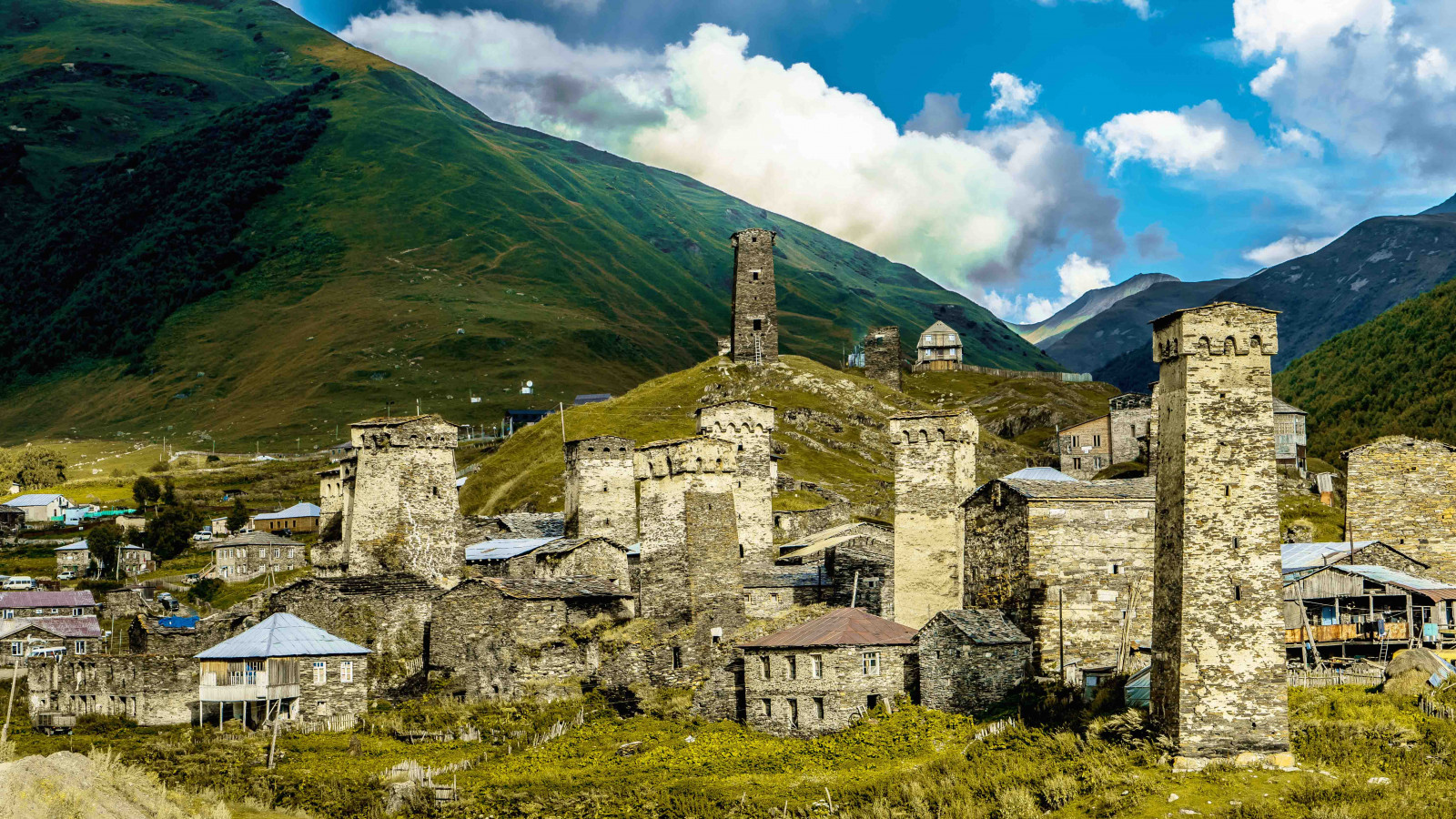 Ushguli is a community located at an elevation of 2060-2200 meters above sea level in 45 km from town Mestia, Upper Svaneti province, mountainous parts of western Georgia. Ushguli is part of UNESCO World Heritage Sites list, due to its remote location, preservation of its unique medieval-style villages with Svan architecture and local lifestyle. Ushguli was the highest permanent settlement in Europe until village Bochorna, located at 2345 meters in Tusheti, East Georgia, registered one permanent resident in 2014.

Svaneti is one of the most remote and inaccessible provinces of Georgia. Local population – Svans, are indigenous Georgian ethnic group that speak Svan language. Svaneti is unique for its distinctive architectural forms (e.g. Svan defensive towers) and traditional ways of life, as well as magnificent nature. Upper part of the province is located in the valley of river Inguri. Ushguli settlements are located at the foothills of Shkhara Glacier, where Inguri is born. There are in total four villages: Murkmeli, Zhibiani, Chvibiani and Chazhashi.

Chazhashi is arguably the most popular among the visitors, as it has over 200 well-preserved traditional Svan buildings from the middle ages: towers, churches, castles.

There is an ethnographic museum at the center of Ushguli settlement, which displays local artifacts from medieval till modern times.

Lamaria Church of the Mother God is another highlight of Ushguli. Lamaria is a goddess of motherhood from local folklore, which later became identified with Mary, the mother of Jesus. Church stands on top of a hill, at an elevation of 2100 meters, north from Zhibiani. It dates back to the 9th-10th centuries. Chapel has fragments of beautiful medieval frescoes.

Check detailed itineraries below and book the tour: