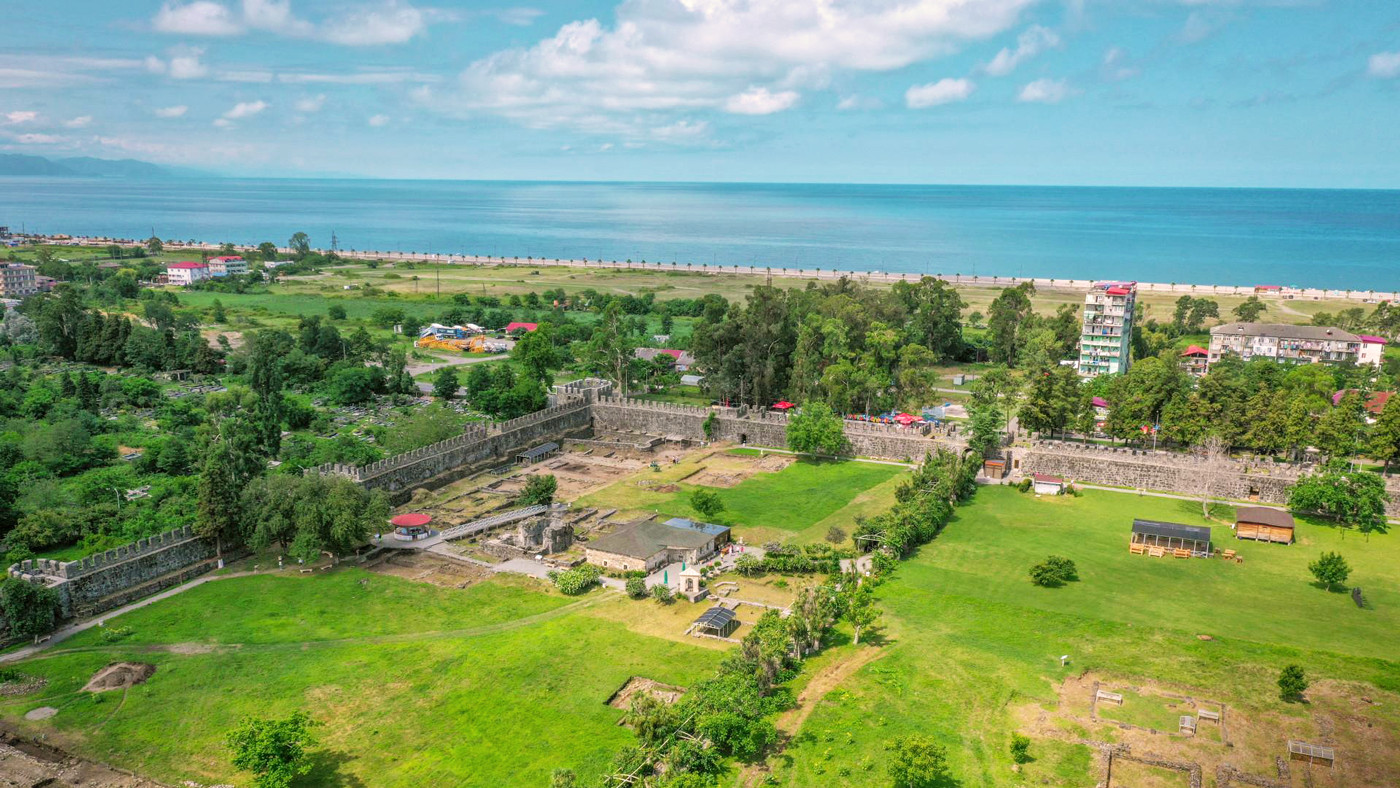 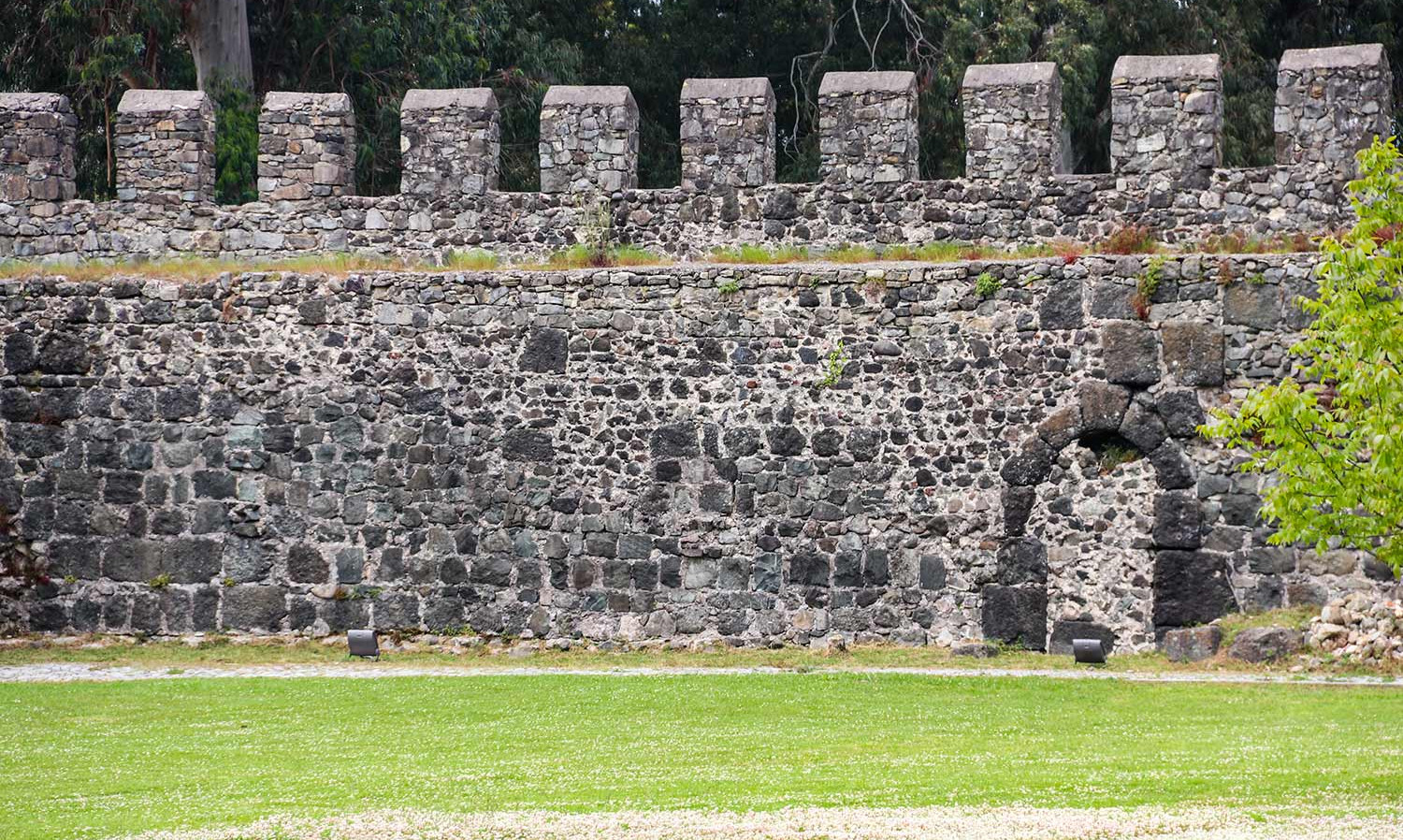 Curtain wall of the fortress

Gonio is a settlement 12 km from Batumi to the direction of Turkish border. Today it is one of the most popular Black Sea resorts in Georgia as quiet, cleaner beaches with combination of subtropical mountain vegetation is developing rapidly.

Even in 7th-8th centuries BC there was a settlement here. A cemetery of the 5th century BC, on the south of the castle from Colchic kingdom (one of the ancient kingdoms of Georgia) was discovered.

Plinius II was the first to mention Apsirtus in the 1st century AD. In the second half of the 1st AD, the high walls were built. Gonio became a center of roman imperial power holding up to 1500 soldiers until the 4th century. In the mid-6th century, Gonio became a byzantine stronghold, in the 12th century a part of the Georgian kingdom. Later, in the 16th century, the place was conquered by the Ottoman Empire until the end of the 19th century.

The oldest writings about the fortress date back 1st century AD. It is believed that Saint Andrew the first preacher of Christianity in the territory of Georgia came here.