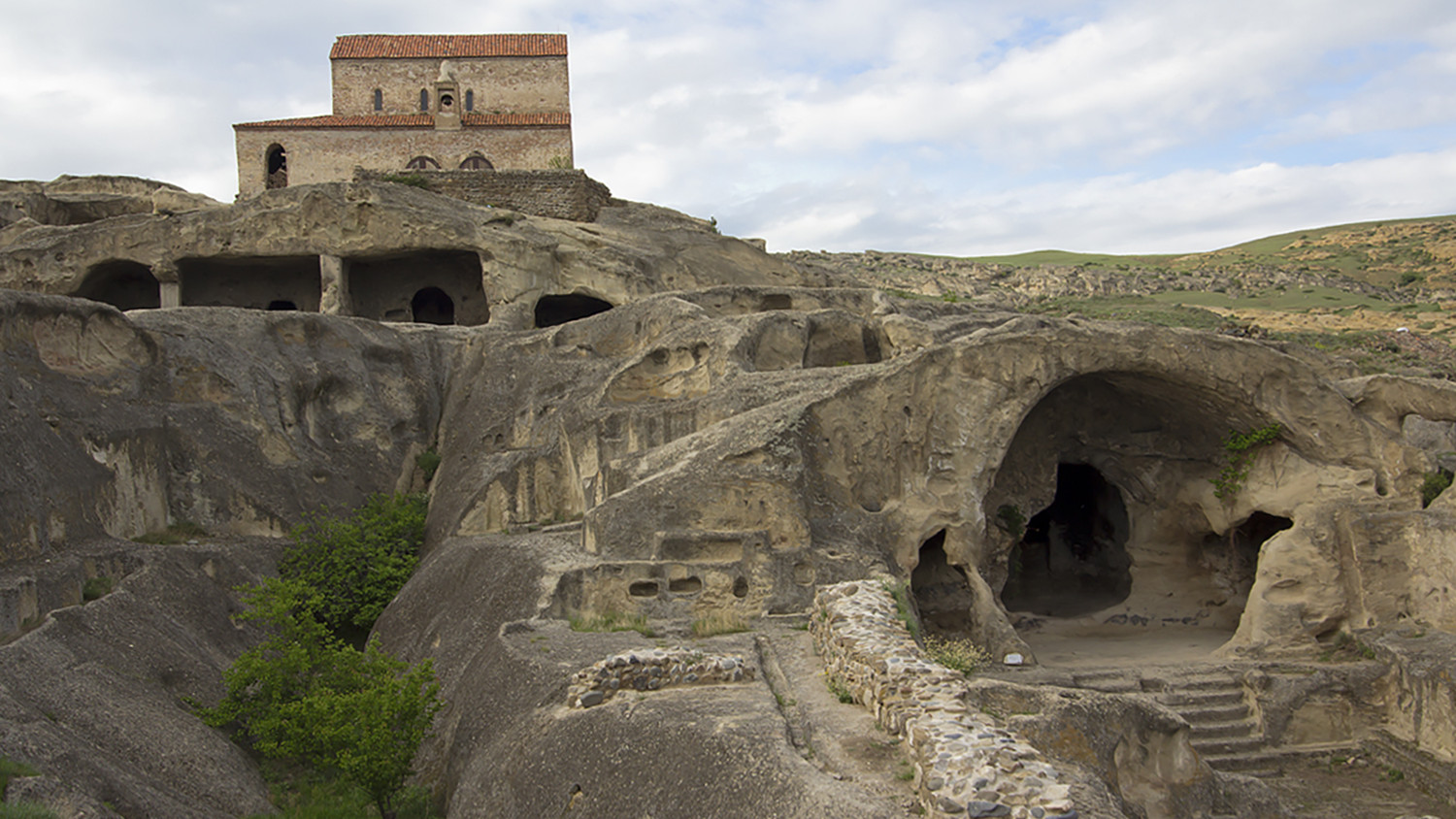 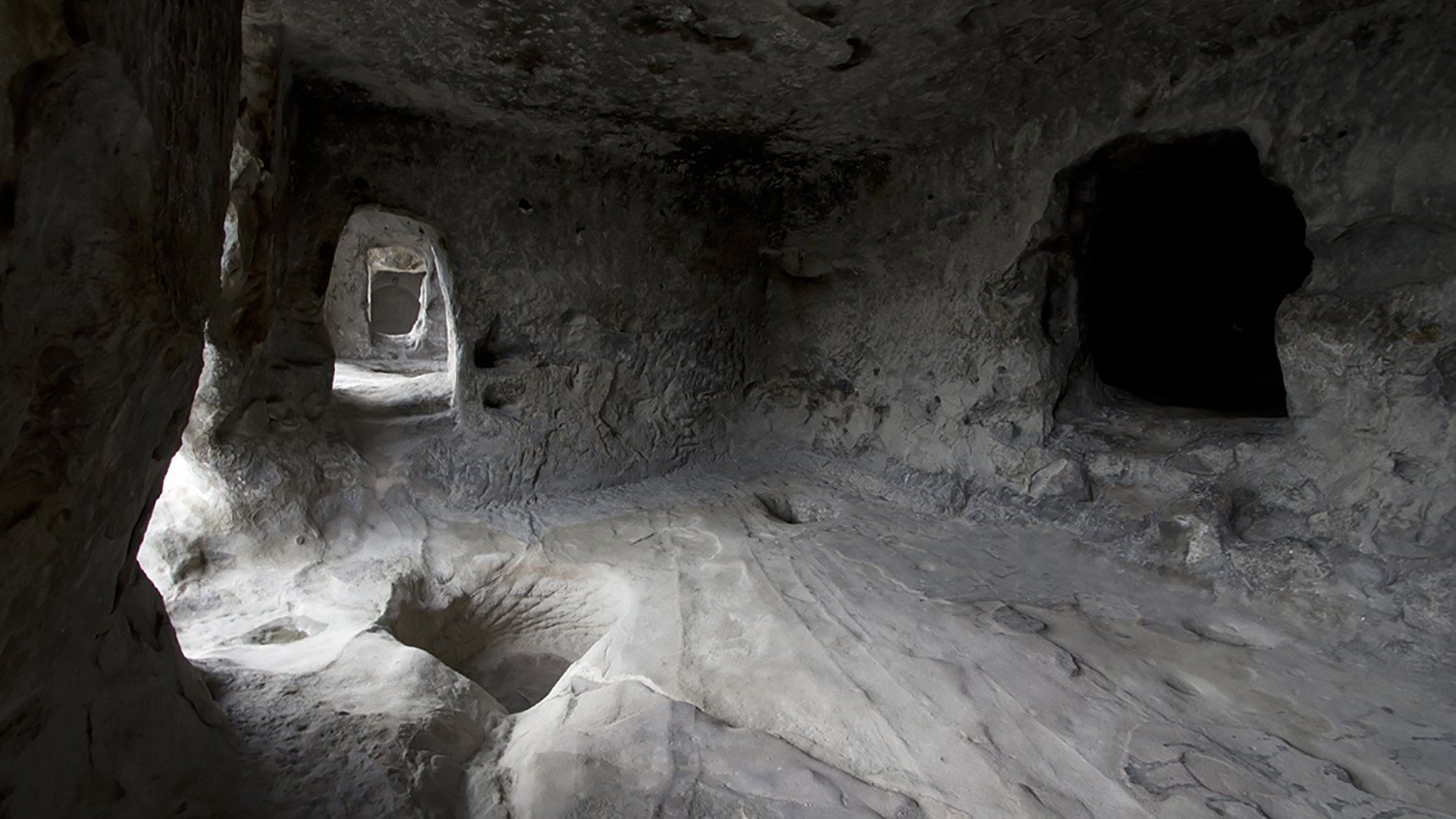 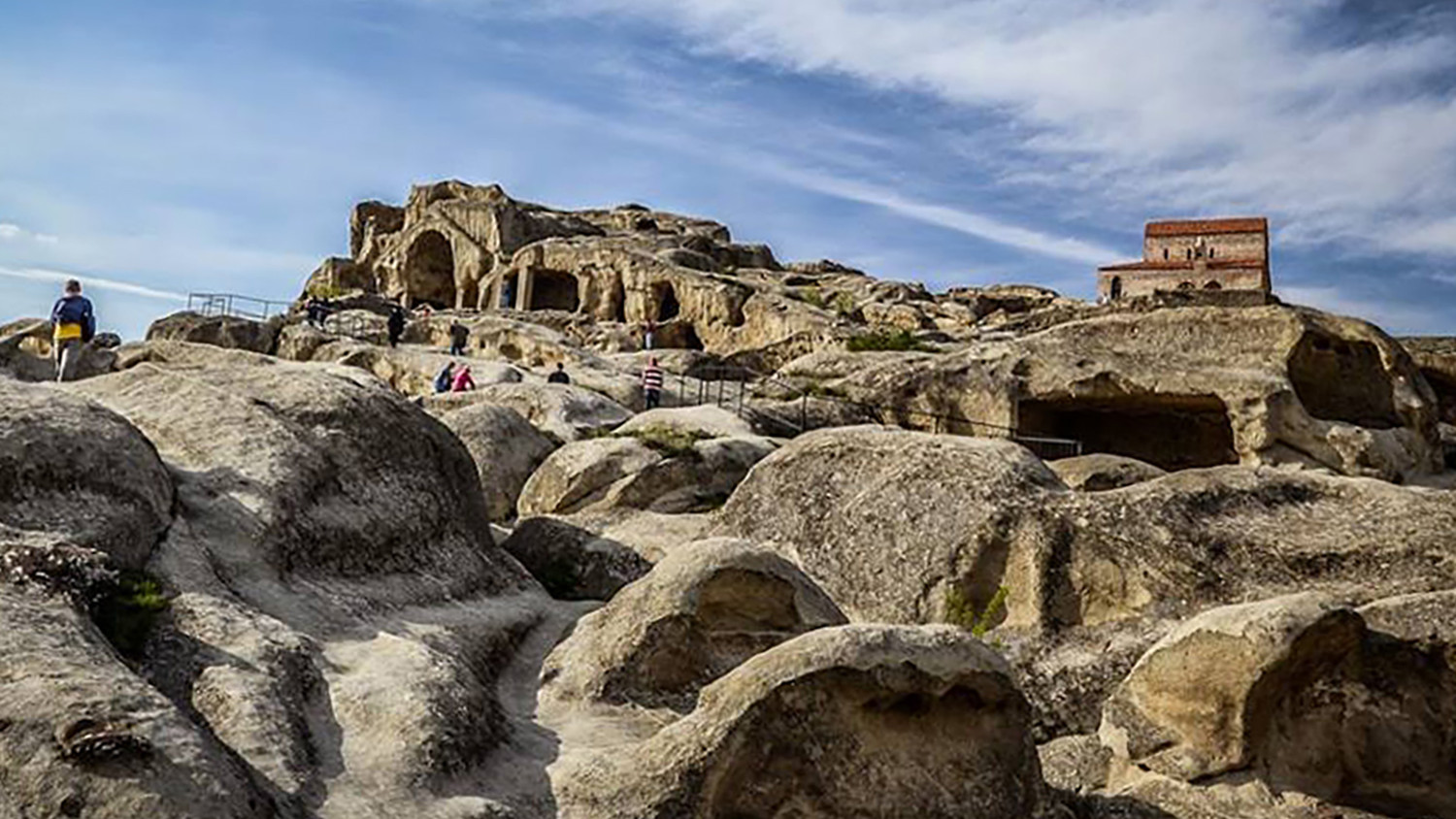 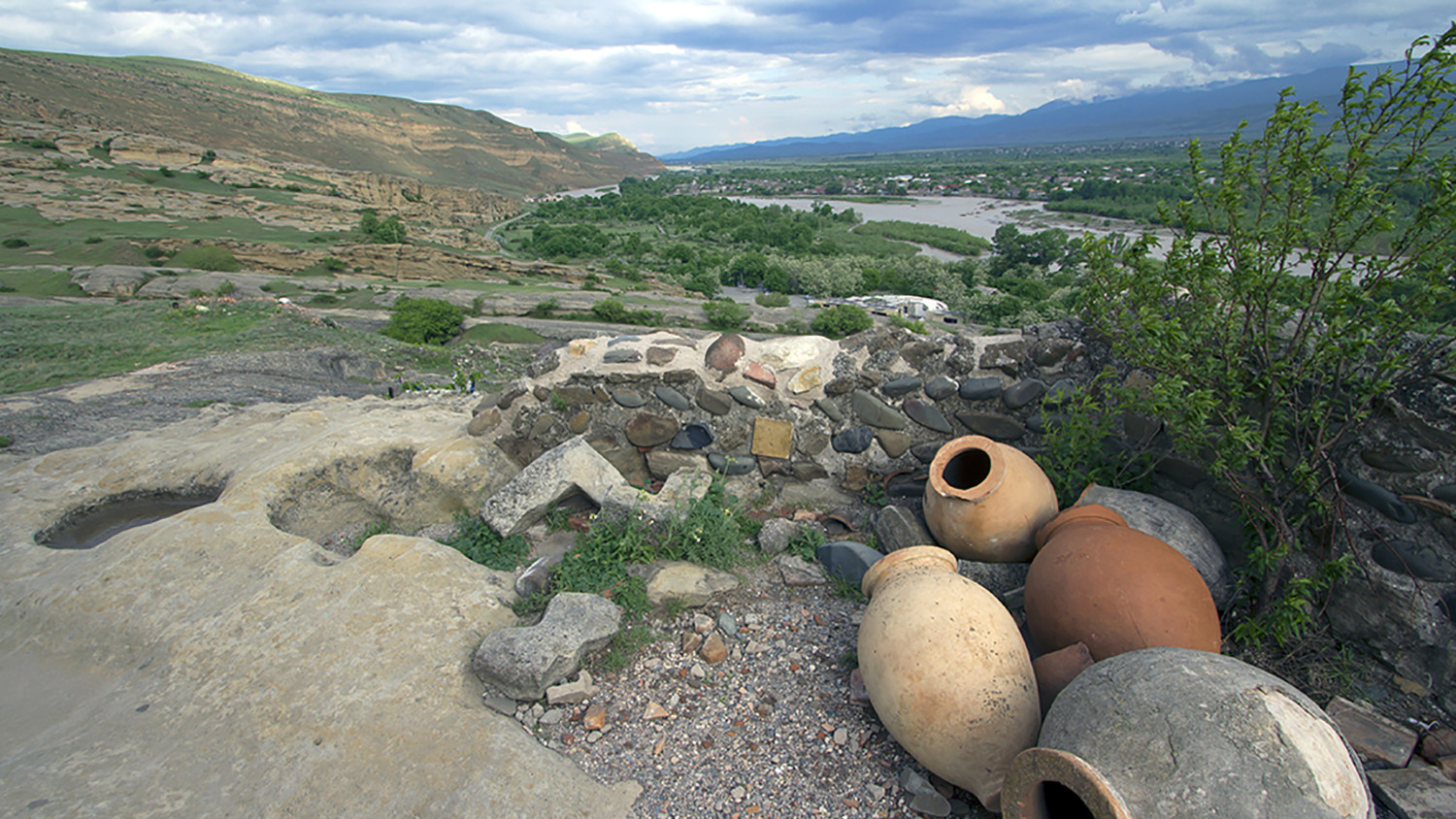 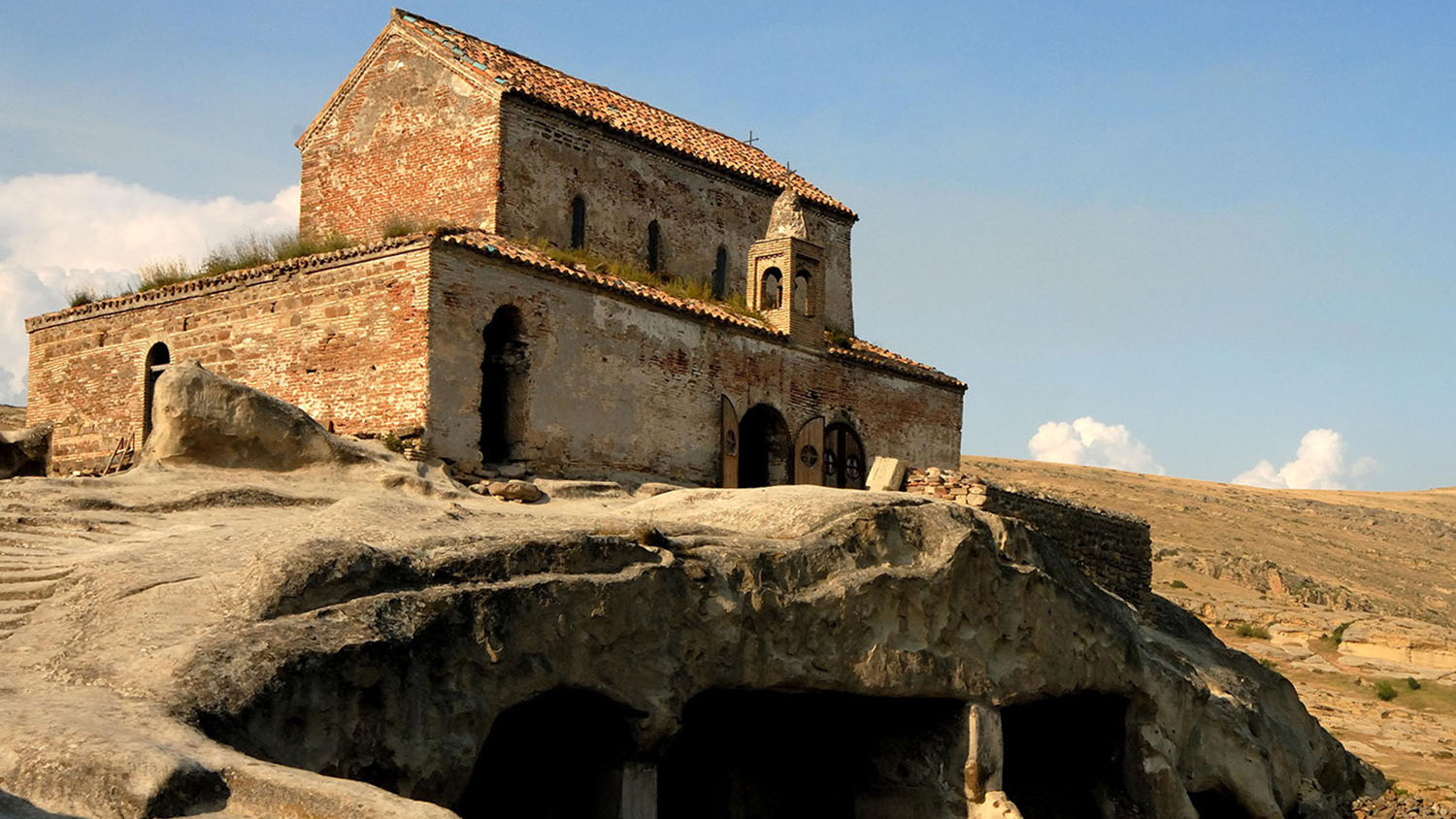 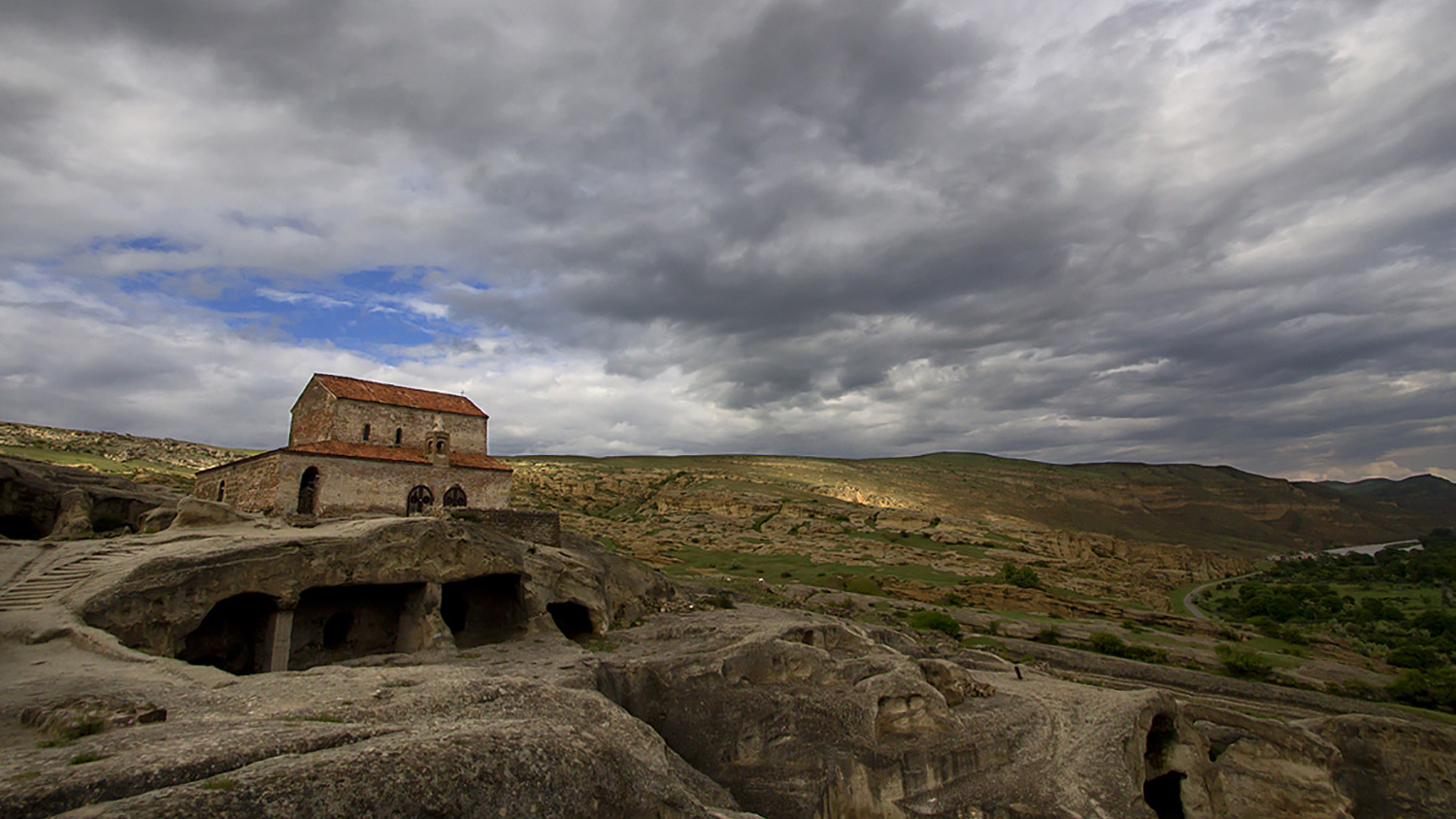 In just an hour drive away from the capital, Uplistsikhe is located in 7 km southeast from Gori, Shida Kartli region, East Georgia.

Uplistsikhe translates as "the lord's fortress" from Georgian. It represents an ancient city complex carved in the sandstone massive, south slopes of Kvernaki Mountain Range. Uplistsikhe occupies about 9,5 hectares and can be broken down into three main districts. It has a components of a typical ancient urban settlement, such as multiple entrances, defensive walls, various water systems. Complex has multiple churches on its territory, as well as numerous different houses, building, backyards, streets, tunnels.

Cave city of Uplistsikhe had crucial strategic location and became one of the region's strongest political, cultural, economic and religious centers. Uplistsikhe maintained its status for many centuries, from the 10th century BC, until the unification of the Kingdom of Georgia. Its downfall started from the 11th century, and especially, after the Mongol Invasion in the 13th century. Later, in the late medieval period, Uplistsikhe was fully abandoned. After that, Uplistsikhe used to become a shelter for surrounding villagers from time to time, during the wars.