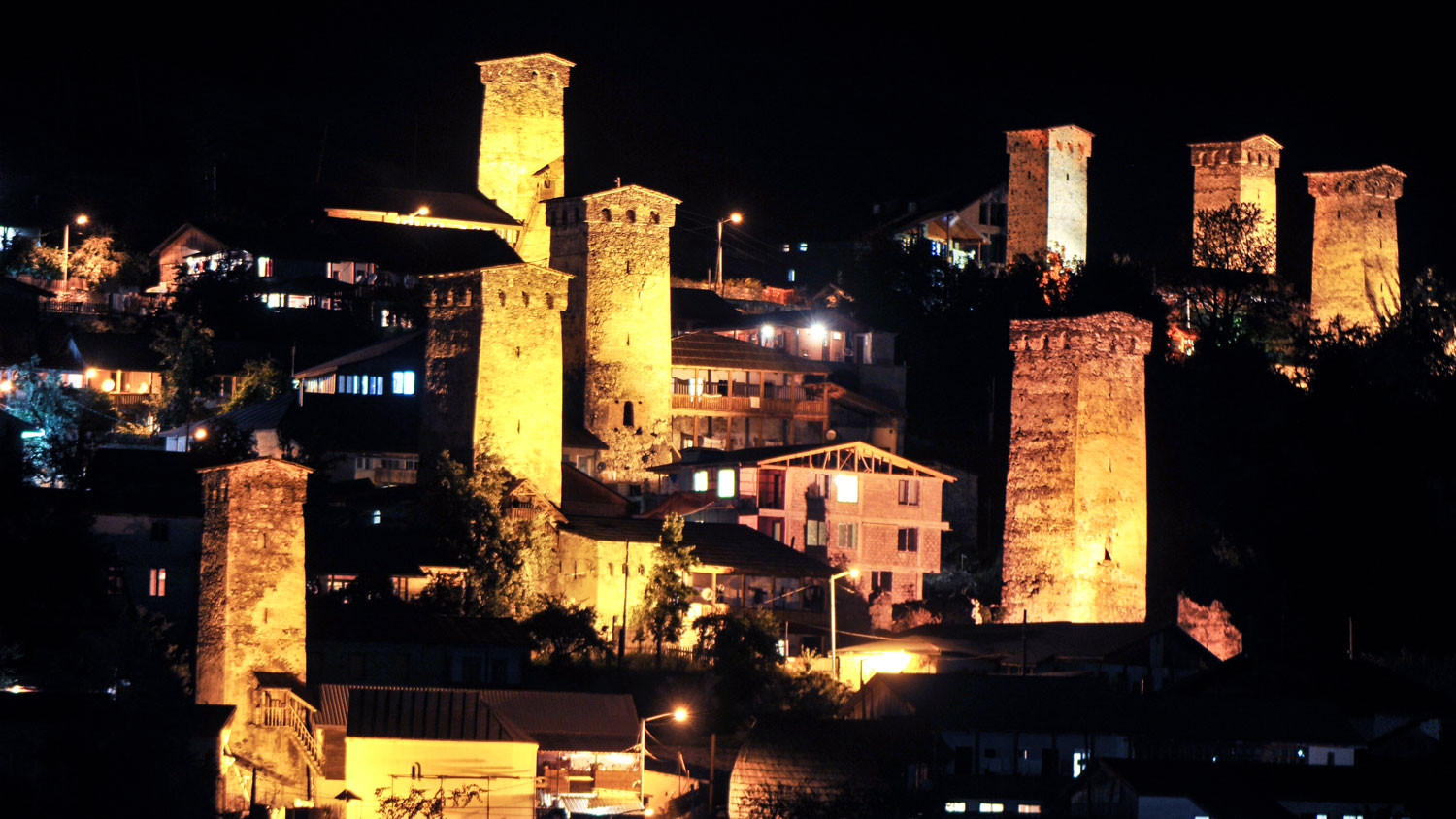 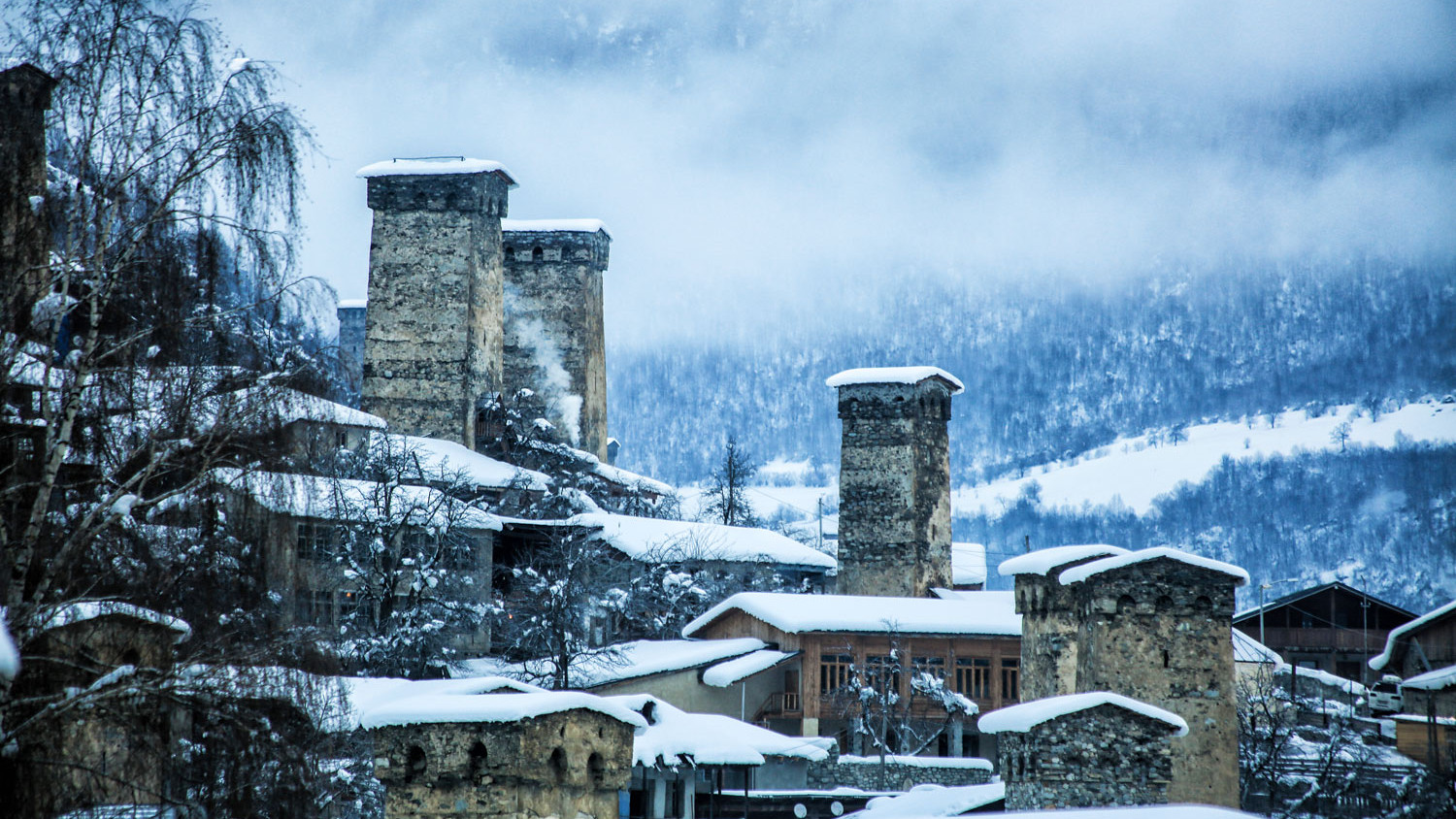 Mestia is a town located in the historic region of Georgia, Svaneti. It is a part of Samegrelo-Zemo Svaneti province. Town is situated at 1500 meters above sea level, in the Caucasus Mountains. Distance from Mestia to Zugdidi (the administrative center of Samegrelo-Zemo Svaneti) is 128 kilometers. This area is mountainous, with almost 200 different glaciers. The highest peak of Georgia is situated on the territory of Mestia, the name is Shkhara and the height is 5201 meters. One of the highest permanent settlements in Europe – Ushguli is located in Mestia district. Ushguli is recognized as the UNESCO World Heritage Site. The climate is humid here, winters are cold and long, and summers are short.
Despite its small size, Mestia has always been an important center of Georgian culture. Like everywhere in Svaneti, one can see Svan defensive towers in Mestia.
One of the most famous churches in Mestia district is situated in Ushguli. Lamaria church was built in the 10th century. It is possible to see astonishing view over Shkara glacier from there.
Recently, Mestia has become one of the most visited places in Georgia. Queen Tamar Airport was opened in 2010 in the town. It is named after a famous medieval Georgian queen. Most of the tourists have heard of Gudauri and Bakuriani ski resorts, but one should take into consideration the fact, that it is also possible to ski in Mestia – Hatsvali and Tetnuldi are two new ski resorts in Svaneti. The former one is also opened when the season is over, so the visitors can enjoy the spectacular views of the forests and the snowy mountains around from the cable car.
Chalaadi Glacier has a perfect route for those who enjoy trekking activities. The distance from Mestia to Chalaadi glacier is 12 kilometers.
There are several museums in Mestia as well, such as: Svaneti Museum of History and Ethnography, Margiani House Museum, and Mikheil Khegiani House Museum.