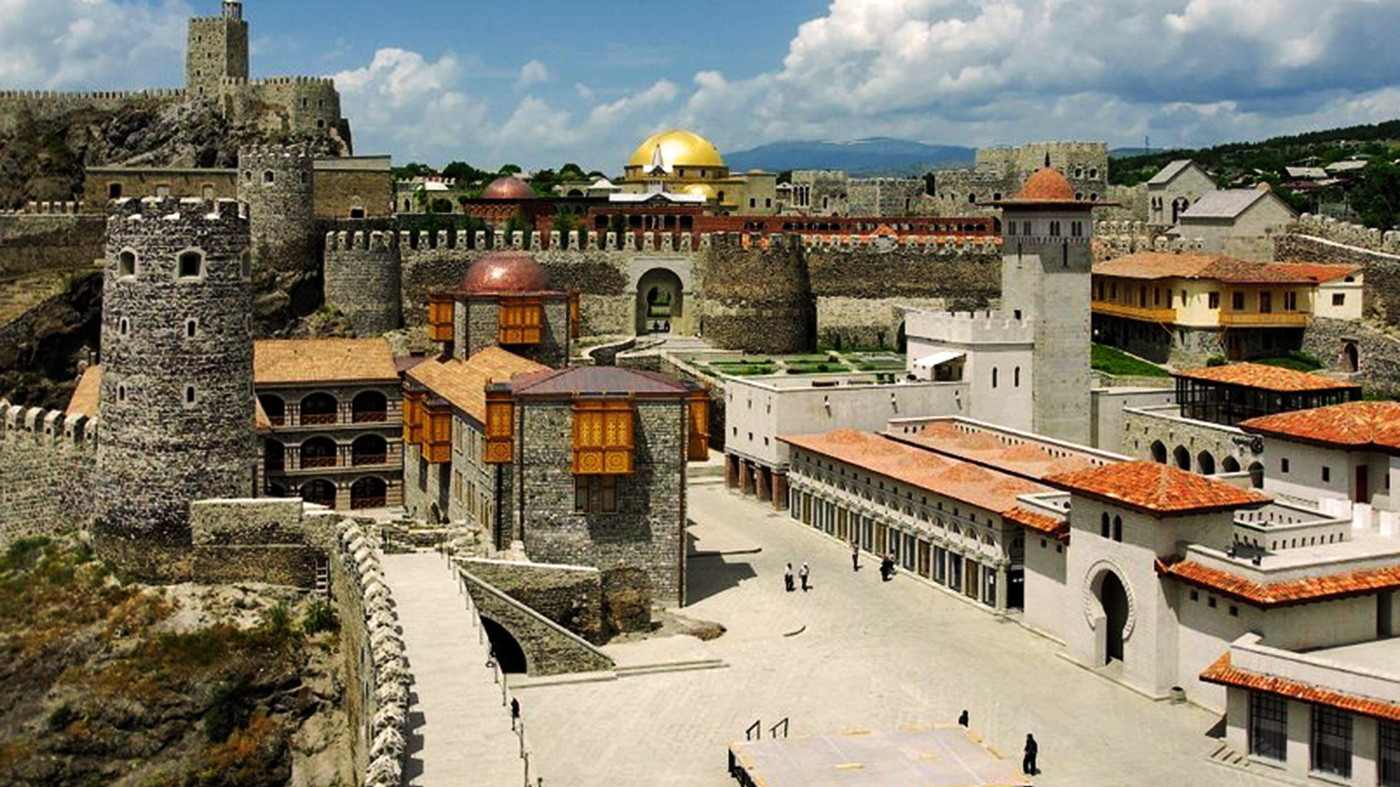 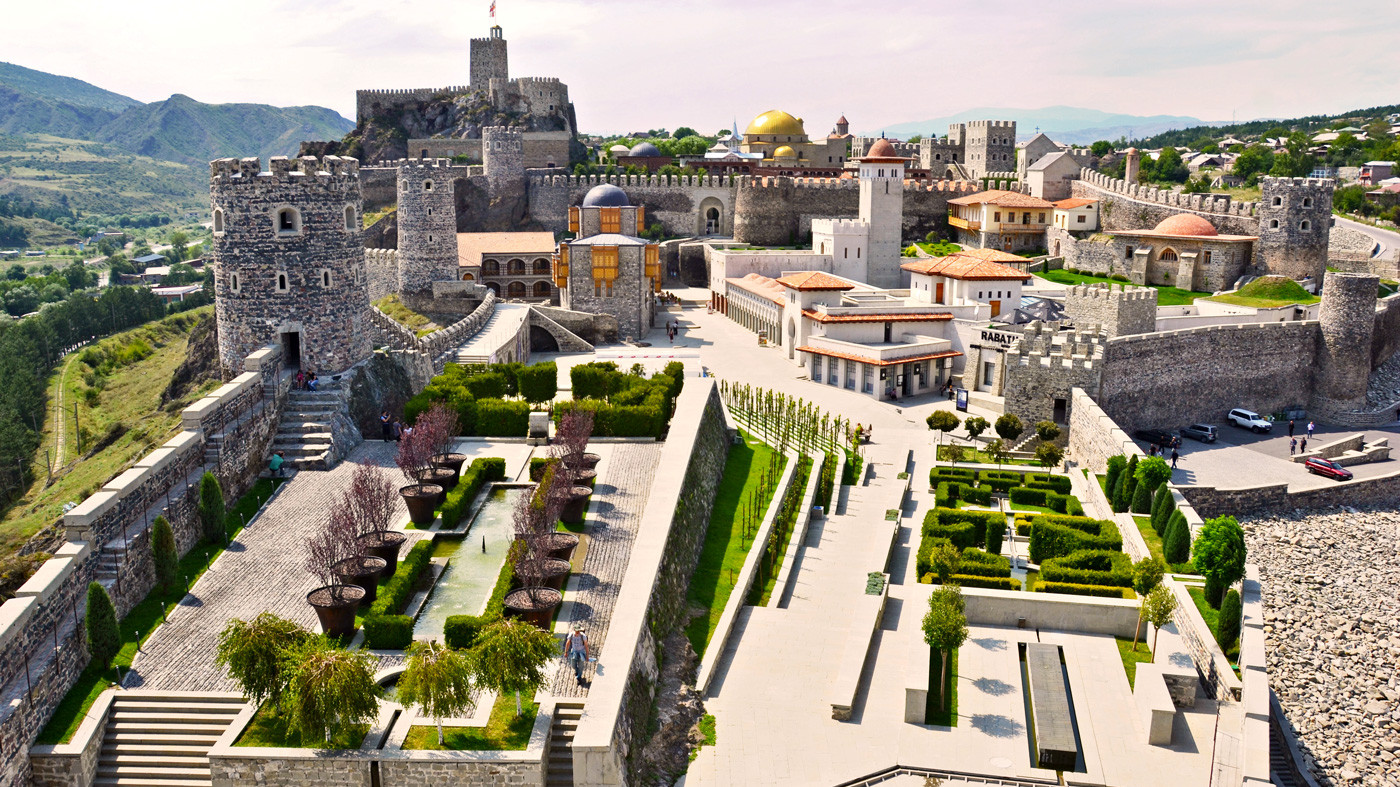 Traveling to the major cities from the Vale Turkish border to Tbilisi, Kutaisi, Batumi, Borjomi, Gori involves passing through the town Akhaltsikhe which is only 12 km away from the Turkish border. Distance to the Armenian border Ninotsminda -Bavra 89 km, to Batumi - 168 km and to Tbilisi - 207 km.

The name Akhaltsikhe is translated as a New Fortress indicating its strategic significance in the past. Population of the town is 17,903 (2014) and represents self-governing city with 6 municipalities. Akhaltsikhe is municipality city of Samtskhe-Javakheri region including historical provinces of Meskheti, Javakheti and Tori. The Baku-Tbilisi-Ceyhan oil pipeline, the South Caucasus natural gas pipeline, and the Kars–Tbilisi–Baku railway pass through the region.

According to researchers, the original name of Akhaltsikhe - Lomsia was mentioned in historical sources from the IX century, but some archaeological evidences goes back to the stone age. Later, dozens of tombs, metal and ceramic agricultural tools and buildings, few high masters of the craftsmen of feudal time were discovered. Lomsia was destroyed during the wars of the XI century. At the beginning of the XII century, by the order of The King David the Builder, local Duke Beshken II Jakeli the city was reconstructed, created fortification defense systems against the Turk-Seljuks and granted new name Akhaltsikhe and up to the 17th century, the city and Samtkhe were ruled by the House of Jakeli.

Land-trade-caravan roads passed through the city of Akhaltsikhe: Adjara-Shavsheti, Imereti, Kartli, Akhalkalaki-Kars-Artaani. These roads connected Georgia with Byzantium (later Turkey) and Eastern countries. In the 13th and 14th centuries, the political importance of the city of Akhaltsikhe increased. Despite many attempts by the Mongols, the city was not taken. In 1579 Akhaltsikhe served as a center of the Ottoman Empire and only during Russian – Turkish war in 1828-1829, it rejoined Georgia.

During the following years in the 20th century, Soviets made Akhaltsikhe as isolated, a basic provincial buffering town with limited excess. The area was considered as the border of the Capitalism World. Behind this iron curtain, locals had special permit for living and traveling inside the USSR only.

May 2011, the Government of Georgia started a large-scale reconstruction project of Akhaltsikhe fortress (Lomisa Castle) in Rabati district, accompanied by the restoration of several historical landmarks destroyed during past military battles: the Jakeli castle, a Mosque and Minaret, an Orthodox Church, the Madrasah, Turkish baths. Additionally, two main streets of the fortress were repaired, the pavement was equipped, and the facades and roofs of old buildings were restored. The renewed Rabati complex includes an information center, a historical museum, restaurants, caffes, shops, spa-hotel Gino-Rabath, parking and bus stations. Hotels and guesthouses were built nearby and Akhaltsikhe quickly became one of the most popular tourism destinations of Georgia.

Here are some of the most important historical and cultural landmarks in Akhaltsikhe worth a visit:

Two Synagogues & Jewish Graveyard – Akhaltsikhe has a long history of Jews living in the city. The first sources could be the tombstones of 400 years old Jewish Cemetery on the hill overlooking the town and 300 m away from the Great Synagogue. Synagogue was built in 1863 and it is active since now. Another sources, belongs to historical book written by Prince Vakhushti Bagrationi in 1745. For that period, the Jews inhabited the west district Rabati, on the rise to the fort. In 2012 this synagogue was partly renovated and now features a beautiful interior of painted wooden balcony.

Another synagogue in Akhaltsikhe was built in 1905 and till now we can see a stone building in neo-classical style. The soviet repressions reached all Cristians, Muslims and Jews, the worships were closed or destroyed and the priests were arresting. This synagogue was not ruined, but used for different purpose: functioned as a library, a house of culture, a billiard room, film screenings, and a boxing hall. The shrine isn’t active anymore, it was closed in 1952.

The Georgian Orthodox Church of Saint Marine - built-in 1865 the temple still attracts visitors for modest yet elegant interior ornaments. It is a burial place of General Galuzevski, who fought for liberation of Akhaltsikhe.

Armenian Catholic Church Surb Nshan –built in the 15-16th centuries on the small hill nearby Akhaltsikhe fortress. Surb Nshan took a major hit during the Russo-Turkish war in 1828-1829.

Monument of Queen Tamar and Amaghleba Church-built during 2009-2010 and is dedicated to Tamar the Great - the Lady King of Georgia (1184 - 1213). The small church walls uncover wall paintings of Tamar and other well-respected historic figures of Georgia.

In front of the Church there is a park and the monument of King Tamar (by sculptor Malkhaz Tsiskadze) sitting on the throne and holding a symbol of power in her hands. The holiday Tamaroba is celebrated by locals on 14 May.

The sites to visit around Akhaltsikhe:

Cave town Vardzia - an impressive rock-hewn cave town located 60 km away from Akhaltsikhe, founded in the 12th century. The thirteen-storey original complex lied on the 500 meters long area and consisted of 3000 caves accommodating almost 50,000 residents. The construction included living quarters, meeting rooms, religious places like churches or monasteries, libraries, drug stores, wine cellars, and even a sewerage system! Even today, when only one-sixth is preserved from the original complex, it continues impressing visitors with its grandiosity and architectural solutions.

Khertvisi Fortress - one of the ancient (10th-11th centuries) fortresses of Georgia, located 45km southeast of Akhaltsikhe, on the highland mountain. Originally the fortress was built in the 2nd century BC. The church was constructed in 985, and the present walls in 1354. In 12th century Khertvisi became a town. According to the legend, the complex was destroyed by Alexander the great.

Sapara Monastery – this Georgian Orthodox monastery dates back to the 9th century, nested in mountains and woods, it is located 15 kilometers South-East of Akhaltsikhe. The name Sapara is translated as “sheltered”. In the 13-14th centuries, the monastery included 12 churches and chapels. During Soviet times, life in the monastery stopped, however after the dissolution of Soviet Union, it got restored and now Sapara is an active monastery with about twenty monks and novices.

Atskuri Fortress (former Sosangeti) – a political and religious center in medieval southern Georgia, located 22 km from Akhaltsikhe. In historical sources, the fortress was first mentioned in the 11th century, as one of the most important strategic buildings of historical Meskheti. The entire complex was built on the inaccessible rock that significantly increased its defense abilities. Access to the fortress was possible through the narrow tunnel cut in the rock.

At present, the unity of fortress buildings is destroyed, whilst only the ruins of ancient dwellings remain on the slope.

Shoreti monastery – the medieval and historic landmark in Aspindza Municipality, located 42 km from Akhaltsikhe. The structure incorporates a belfry and St. George’s church, built between the 6th–7th and 15th centuries. Being on the brink of collapse, the temple stands in a meadow and is surrounded by high mountains, streams, and dense forest.

Shoreti monastery is notable for its rare carvings, beautiful mosaic adornments, and medieval inscriptions. It holds the status of Immovable Cultural Monuments of National Significance of Georgia.

Akhaltsikhe's comfortable traveling location should also be noted, as there are many other interesting historical and architectural monuments in the surrounding area: Tmogvi Fortress, Borjomi and Khashuri towns, Borjomi-Kharagauli National Park, Akhalkalaki and Ninotsminda towns.