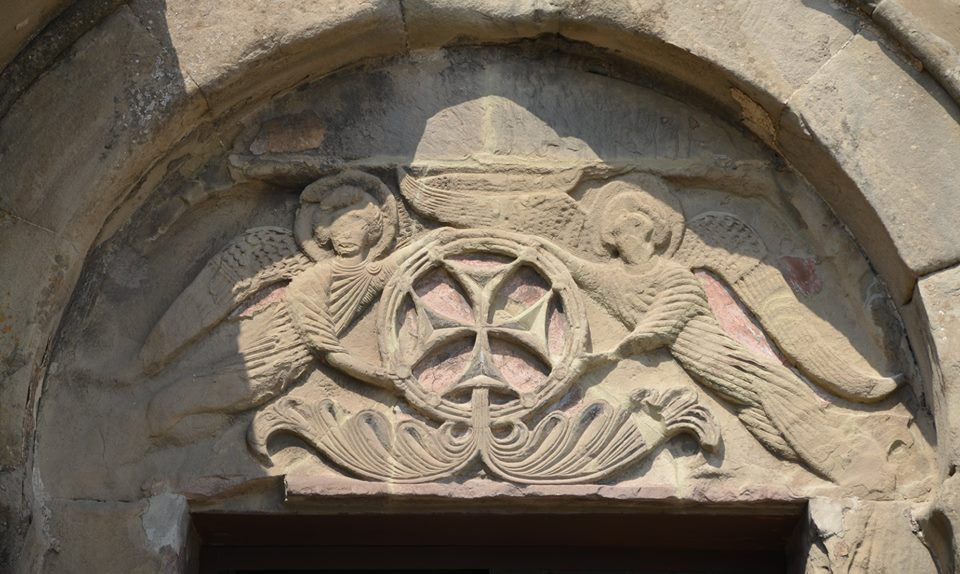 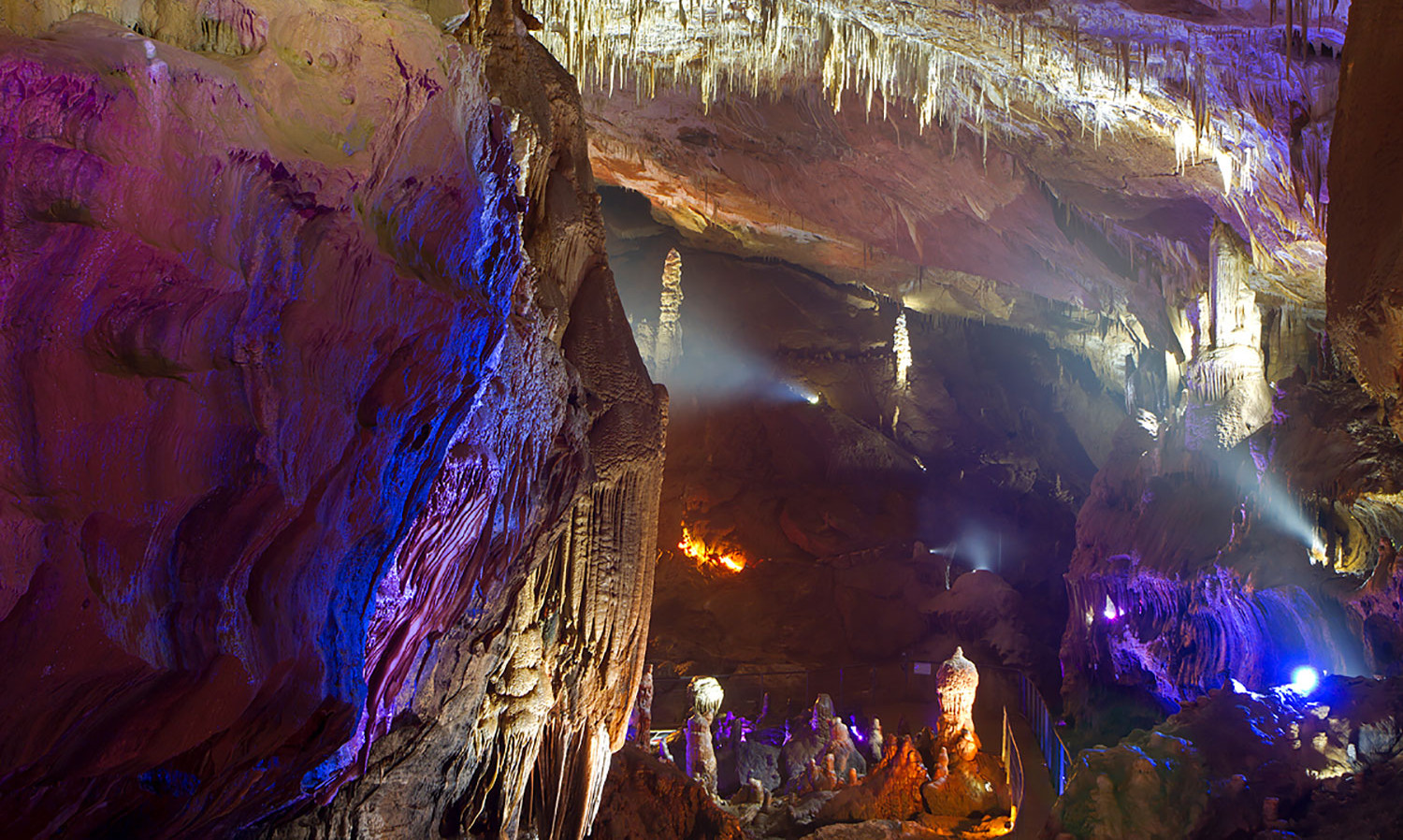 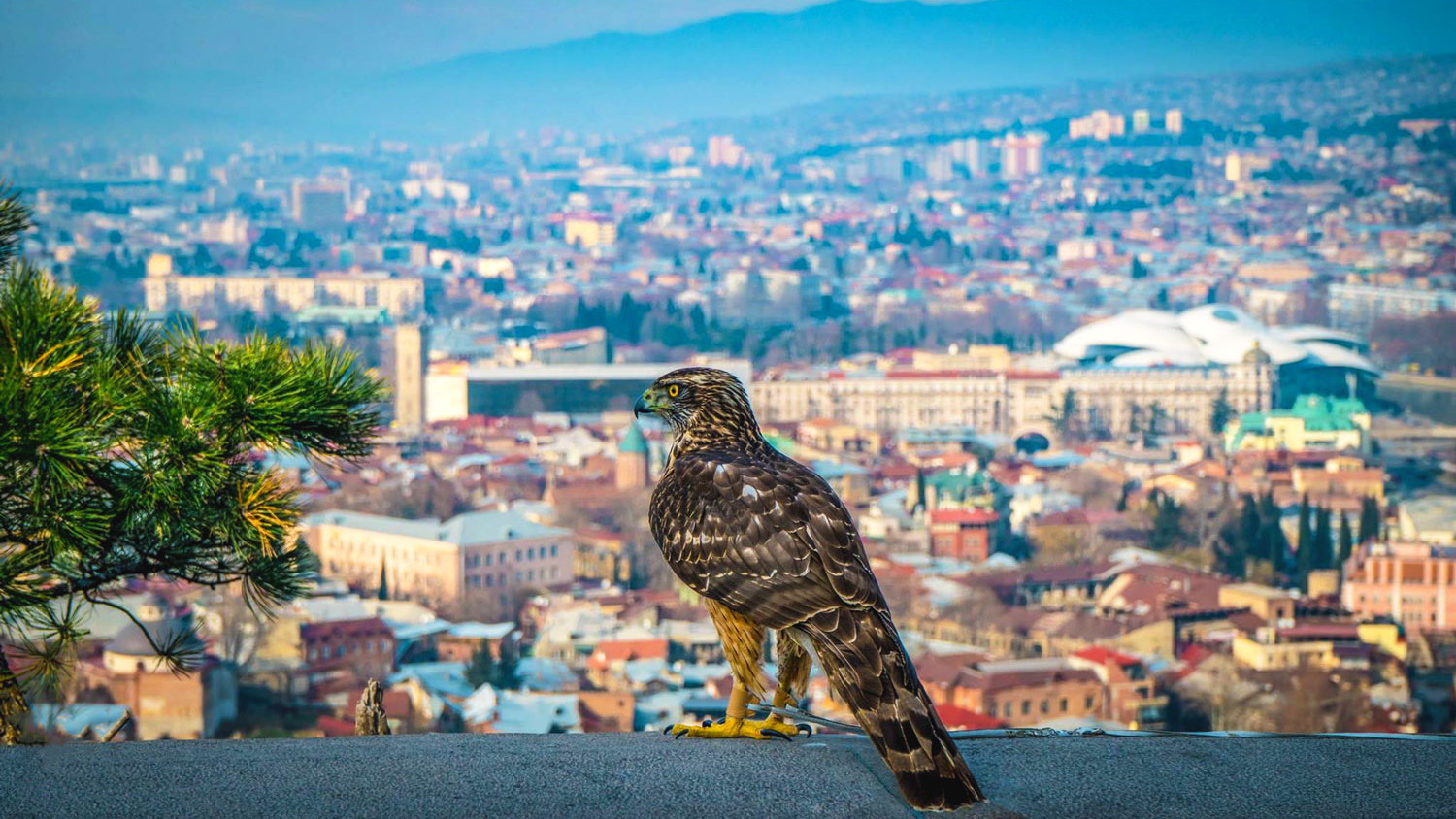 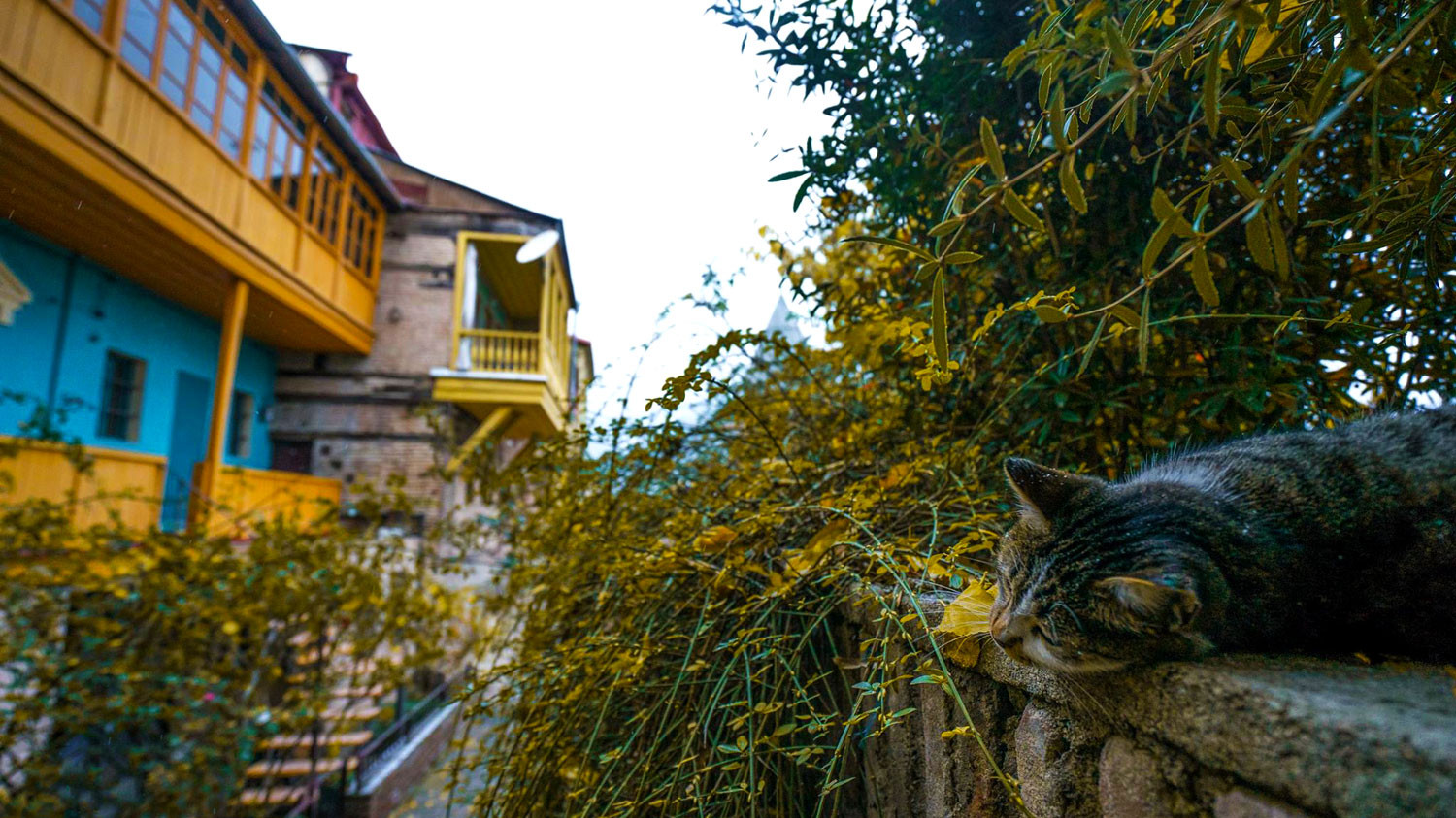 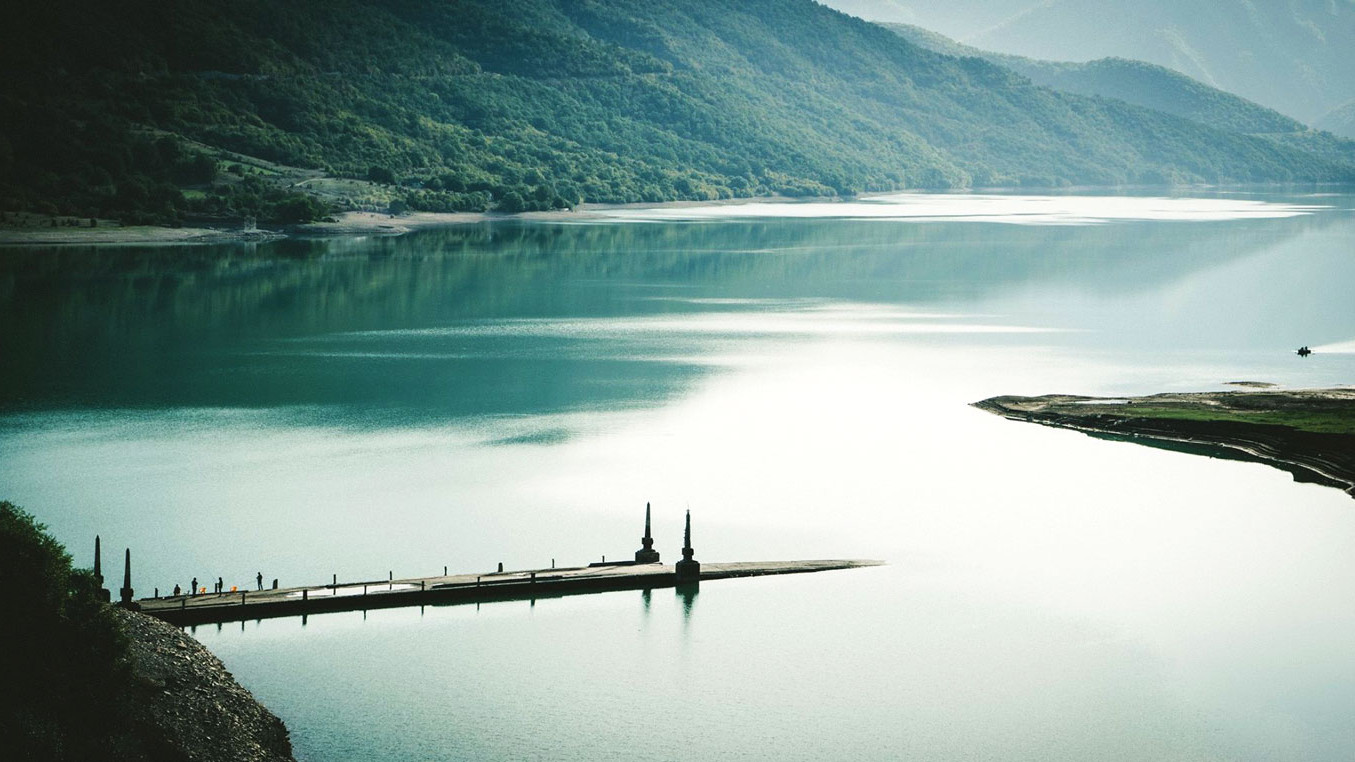 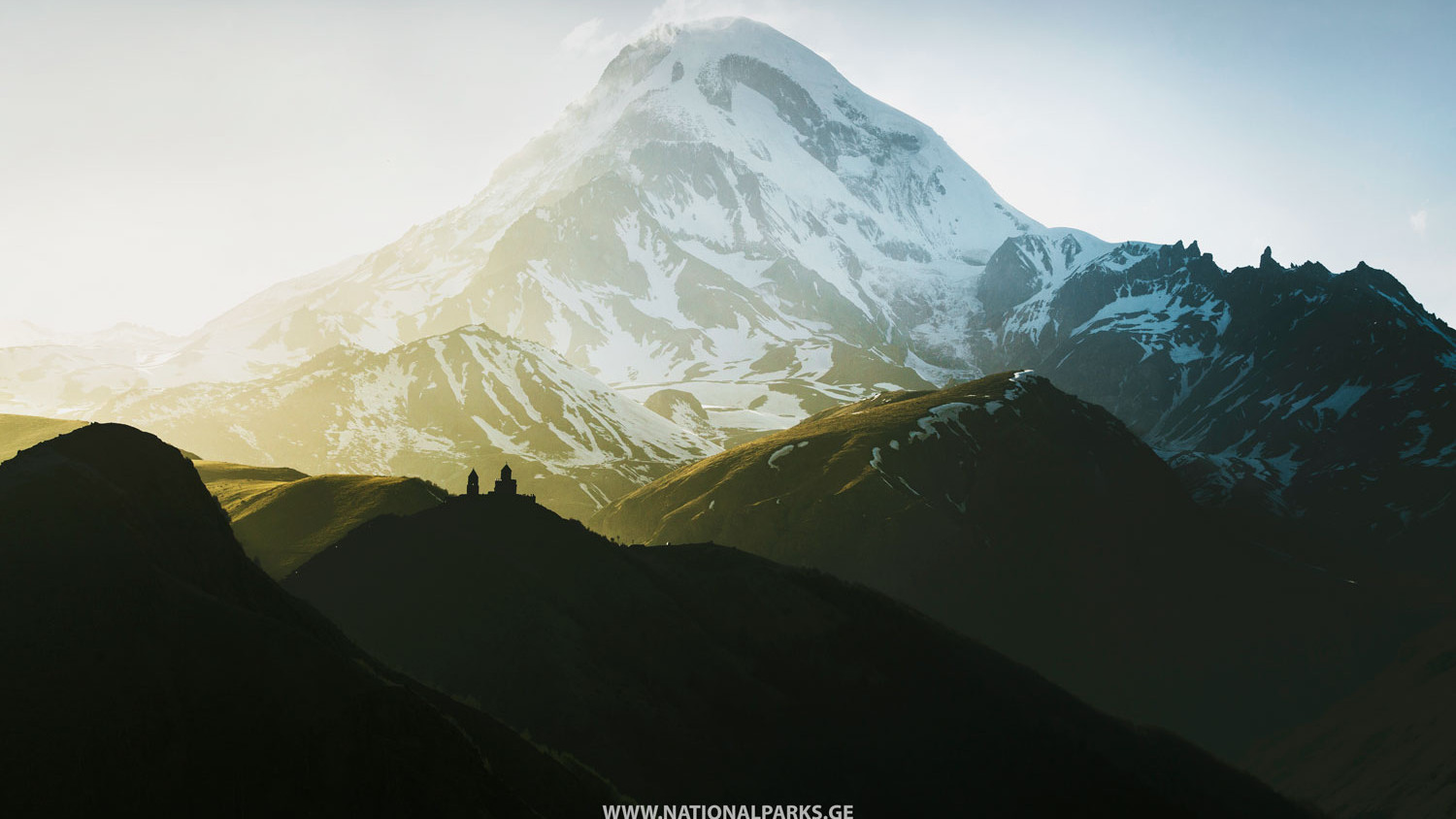 Starts from: TBILISI upon request

8-day private multi-day cultural tour Classic Georgia is designed to introduce you to the major cities and regions of the country. Khevi, Kartli, and Imereti regions, caves of Uplistsikhe and Prometheus, and UNESCO sites of Mtskheta and Gelati are part of the itinerary. The tour includes sightseeing of the capital city Tbilisi, and towns such as Mtskheta, Gori, Stephantsminda, and Kutaisi and takes you through the mountains of the Great Caucasus.

Arrival in Tbilisi Airport. Transfer to the hotel.

10:00 am is recommended to start Tbilisi City tour.

After breakfast guide will meet you in the hotel lobby and start full day Tbilisi city tour.

The first place to visit is Holy Trinity Cathedral (Sameba), the main cathedral of Georgia and one of tallest orthodox Christian churches in the world. The tour will take about 40 minutes.

Next stop is the Metekhi plateau. Situated on an elevated cliff above the river Mtkvari and old Tbilisi, this was the first residential area of Georgian Royal family; the church was built in the 13th century. Fantastic view - Tbilisi Historical District lies in front of you!

Now start walking to Europe Square, Rike Park, and take a cable car, which goes to the other side of the river and to the Narikala Fortress – major fortification of medieval times. Enjoy panoramic views, walk down towards the LegvtaKhevi canyon (“Fig Ravine) and waterfall, through the Sulfur bathhouse district and Shardeni street and come across to the Maidan square. The area is notable for beautiful narrow streets, outdoor cafes, and souvenir stores, which links to the modern glass Bridge of Peace.

Have a wonderful day ahead!

Today drive to the Great Caucasus mountains and stay in Kazbegi municipality for two nights.

After breakfast, check out and head to the North. Mtskheta – the old capital of former Georgian kingdom Iberia, is the first site to visit. Mtskheta town and its historical monuments: Jvari Monastery and Svetitskhoveli Cathedral are recognized by the UNESCO as World Heritage Sites.

Jvari (586-604 AD) is a church of tetranoch architectural style, popular in Byzantine, Armenia and Georgia in early Christian time.

Svetitskhoveli Cathedral (1010-1029 AD) is known as the burial site of Christ’s mantle and has been one of the most sacred places since first century. The interior walls of the cathedral are covered by frescoes of different times (16th-19th cc). The stonework in the church depicts carved grapes reflecting Georgia’s wine-making traditions linked with old testimony.

After Mtskheta tour, continue towards North, Khevi region. On the way make a stop near Ananuri Fortress (built in the 16-17th cc) on the right bank of Zhinvali Reservoir. Medieval fort is comprised of churches, fortification structures, jails, escape tunnel and residential tower of local lords – Aragvi Eristavi.

This road had great economical and historical importance, as it was the main trade rout, part of the Great Silk road, connecting Caucasus countries to the north. In 19th c the road was named by Russian Empire as Georgian Military Highway. Today, we follow it through Jvari Pass, stop at Gudauri observation platforms, travertine mountain and in the evening arrive in Stephantsminda for two overnights.

After breakfast start a full day Caucasus mountains exploration. Morning trek to Gergeti mount, observe Snowy peaks and visit the Holy Trinity Church 14th c., located on the top of the mountain, overlooking Stephantsminda; at the same time, the site is situated under the foot of the glacier Kazbegi (5054 m).

Drive to the Dariali Gorge, walk to the waterfalls of Gveleti. Follow the roaring stream of the river Tergi, visit Dariali Monastery and see Larsi Georgia-Russian border.

Second half of the day spend in Truso Valley. Picnic lunch near the site.

Breakfast at the hotel. Driving day: the long transfer from northern frontiers to the west Georgia.

Check out and depart for Gori – historical town in Kartli region. There are two *optional sites to visit today: the museum of Joseph Stalin, the Soviet dictator leader, and Gori Fortress. Nearby the town there are ancient caves of Uplistsikhe (15 km from Gori).

Uplistsikhe town was carved in rocks in 1st millennium BC and is considered as the earliest discovered urban settlement in Georgia. The tour in Uplistsikhe will take approximately 40 minutes. Note: This site can be done today or on day 7.

After visiting Kartli, continue to the west, through Rikoti Pass. We can make several stops: near pottery and local farmers’ markets selling various fruits, vegetables and handmade goods.

In the evening arrive in the former capital city of Georgia – Kutaisi. Visiting the UNESCO World Heritage Site Gelati Academy is lovely, as the best sunset can be seen from the windows of 12th c Academy building.

Another highlight - Bagrati Cathedral, (11th c) is located in a central part of the city and can be visited today or next morning.

Start tour to Vani Archaeological Site, located about 42 km away from Kutaisi (about 45 minutes). Vani Archaeological Museum-Reserve is included in UNESCO tentative list. The permanent exhibition of the museum displays cultural development of the site between 800 BC and 100 AD (gold-work, silver, unique bronze sculptures and their fragments, samples of coins, etc.). Highlights of the exhibition include spectacular collection of jewelry, that displays skills, and talent of local goldsmiths.

Drive to Prometheus Caves that is known for various types of stalactites, stalagmites, curtains, petrified waterfalls, cave pearls, underground rivers, and lakes. If the water level permits, boat trip will be available to book on site.

In the evening return back to Kutaisi.

Evening stroll on Agmashenebeli Square and at Kutaisi Opera to the Kutaisi Historic district. Bagrati Cathedral of the Dormition is beautifully set on the hill top and overlooks Khvamli mountains and the river Rioni. The archaeological part of Bagrati Royal residence reveals 1st c curtain wall, the ruins of 9th c St, George church and secrete passage to the lower fort.

After breakfast at Kutaisi hotel, check out and leave Kutaisi. On the way back to Tbilisi make a short stop on Rikoti Pass and visit 9th c Ubisa Monastery, prominent for 14th c wall paintings by Damiane.

Transfer to the Airport for departure.

We wish you nice flight back home and hope to greet you again in Georgia.