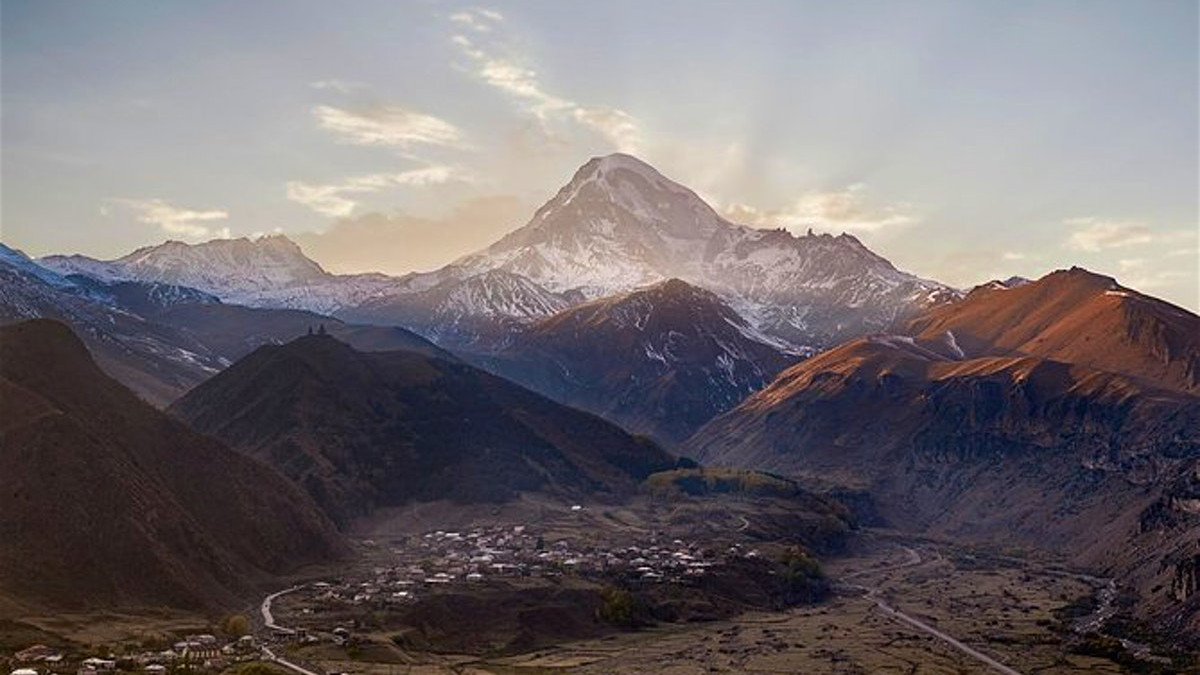 Dariali Gorge was one of the only two crossings of the Greater Caucasus Mountain range with the length of 11 kilometers in total. The place has been fortified since the second century BC. Another crossing pass was Derbent Pass.

Dariali in Persian means Gate of the Alans. Kingdom of Alans today is called The Republic of North Ossetia - part of Russian Federation, with capital town Vladikavkaz – 14 km away from Georgia border. Famous Georgian Military Road runs through the gorge in Kazbegi municipality.

The valley was known to geographers as far back as antiquity: Pliny referred to it as Porta Caucasicae (Porta Caucasus) and Porta Hiberiae (Iberian Gate), Ptolemy - Sarmatikai Pulai (Sarmatian Gate), the Arabs and Persians - dar-i-alan (Alan Gate). In ancient Georgian sources it is mentioned as Darialni, Dariela, Aragvi Gate, Iberian Gate, Caucasus Gate, Sarmatian Gate, and others.

The first fortress in Dariali Valley was built by Mirian I, King of Iberia (first half of the 2nd century BC). During the first Roman invasion of Georgia (1st century BC), Dariali Gorge was controlled by the Kingdom of Iberia. In the 5th century Vakhtang Gorgasali restored the old fortress. During the Arab rule in Transcaucasia (VII-X centuries) Dariali Gorge and the fortress were in their hands. In the 10-13 centuries the role of Dariali Gorge increased. In this way, Georgia had political, economic and cultural relations with the countries of the North Caucasus. King Davit Agmashenebeli demolished the sandstones in Georgia through Dariali (1118-1120), he also rebuilt the Dariali fortress. In the 13th century, after the Mongol invasions, economic importance of the Dariali Road declined. In the first half of the 18th century, the revival of Russian-Georgian relations revived the Dariali road. Political-diplomatic and military missions traveled through Dariali Gorge. The narrow road made it difficult to get to the valley, and in winter it was dangerous. After the withdrawal of Georgian military road, movements in the Dariali Gorge became regular and intense.

Dariali Castle ruins can be seen on the way to Larsi border. Construction main strata are from antiquity and early feudal times. It seems that the castle had an entrance from the south (1,447 m above sea level). On the same side was a secret tunnel to the river. A water pipeline was laid from the west.

In 2005, construction of the Fathers' Monastery began at the right side of the Tergi, near the Russian-Georgian border. In 2011, Catholicos-Patriarch Ilia II consecrated the monastery complex and Church of St. Archangels Michael and Gabriel.