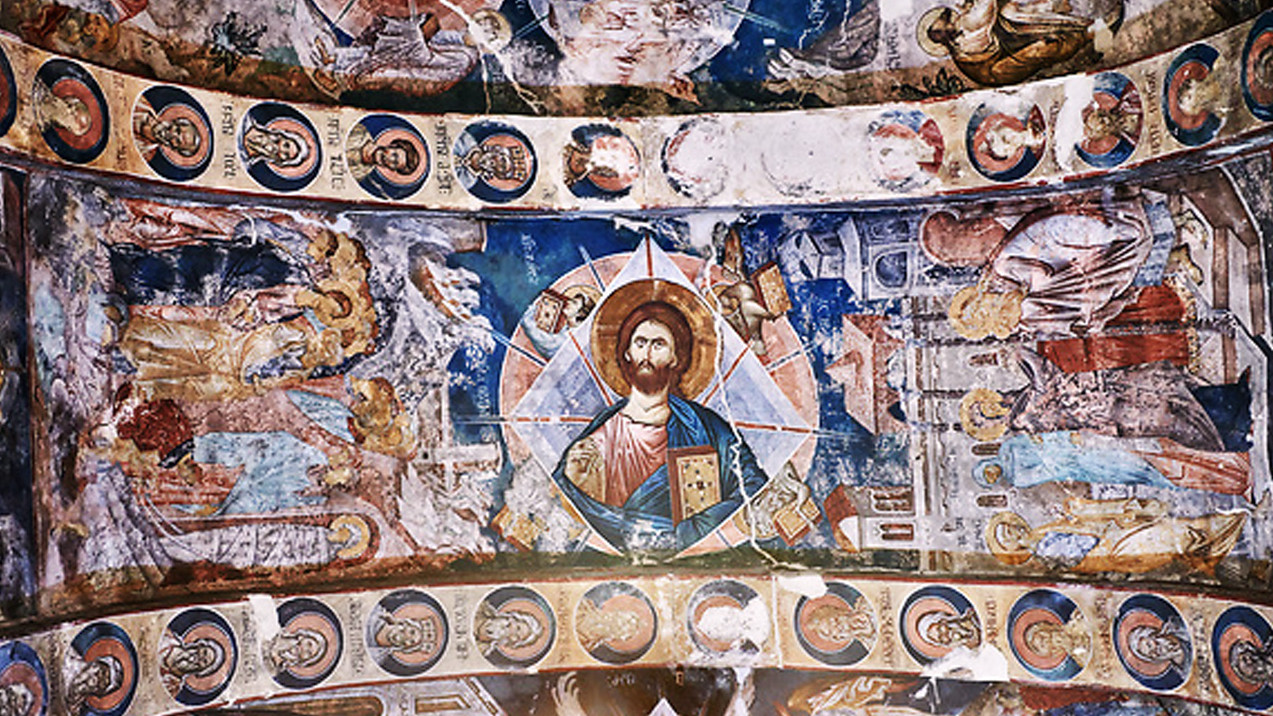 Ubisa - small village and a medieval monastic complex in Georgia 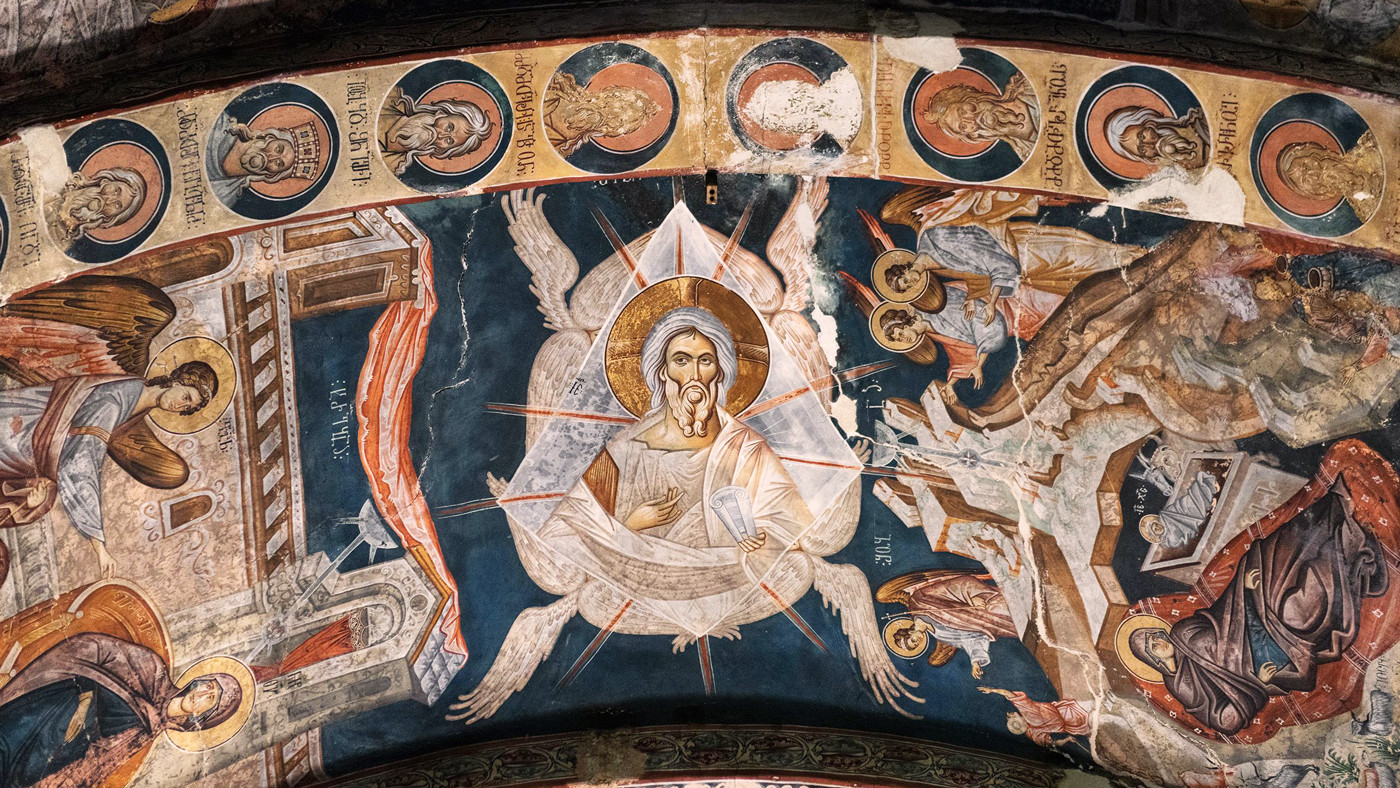 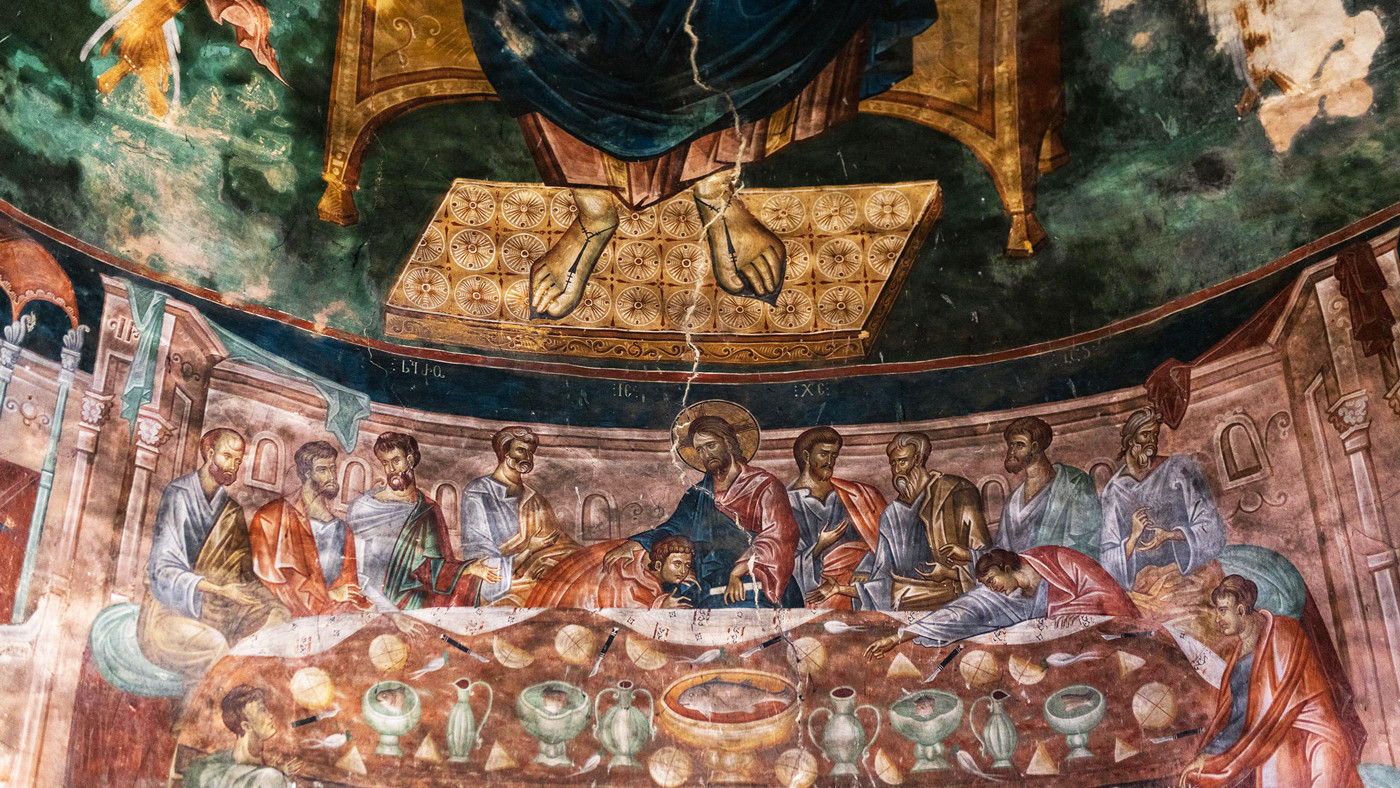 Ubisa - an ancient monastery complex in Kharagauli town, in the region of Imereti.

Ubisa Monastery was founded in the 9th century by St. Gregory of Khandzta in the Imereti village of the same name. From that time, during the era of the Abkhazia kingdom, the temple of St. George has been preserved in the form of a small hall church. Later, an external gallery was added to it.

In 1141, Svimon Chkondideli built a residential tower of 4 floors next to the temple, of which only three have been preserved.

From outside, the monastery looks unimpressive, hidden behind defensive wall built by field stones and almost is covered by trees. There are no usual Georgian pyramidal domes here. The basilica temple of the monastery is built of shell rock, in which pieces of limestone with inscriptions are walled up in places. Some of the windows are also decorated with limestone carvings and look very pretty. From the inside, the temple is very archaic, the floor is paved with stone slabs, everything is uneven and ancient in appearance.

But all this would not be particularly valuable if it were not for the frescoes. Ubisa frescoes by local art master Damiane, are rare for the 14th century Georgia, a brilliant example of the Byzantine Palaiologos periods (1261 and 1453) so-called "Paleologic painting" . Despite the dampness Ubisa frescoes survived relatively well, although traces of human influence are visible - they were either smeared or rubbed over. Because of these frescoes it is worth stopping here.

Another interesting feature of the Ubisa temple is its altar iconostasis - made in the form of stone pillars with a wooden beam on top. In Georgia, the iconostases are most often made of stone in the form of arches, but the Byzantine style has also been preserved here: for the Byzantines, the altar iconostasis was primarily important for the upper bar, which was called the "templon" and which gave the Greek name to the entire structure.

In total, the Ubisa complex includes a temple of the 9th century, a residential tower of the 12th century, a bell-tower with a gate and some ruins. Near the gate there is a tap with drinking water, near which bananas grow.

If you find yourself in Ubisa, walk forward along the road to the village Shrosha, where you can see the Shrosha ceramics' market. For example, Qvevri (clay vessels for underground fermentation and wine storage) of all sizes from 120 liters to pocket size.

Admission: free of charge, limited during the liturgy.