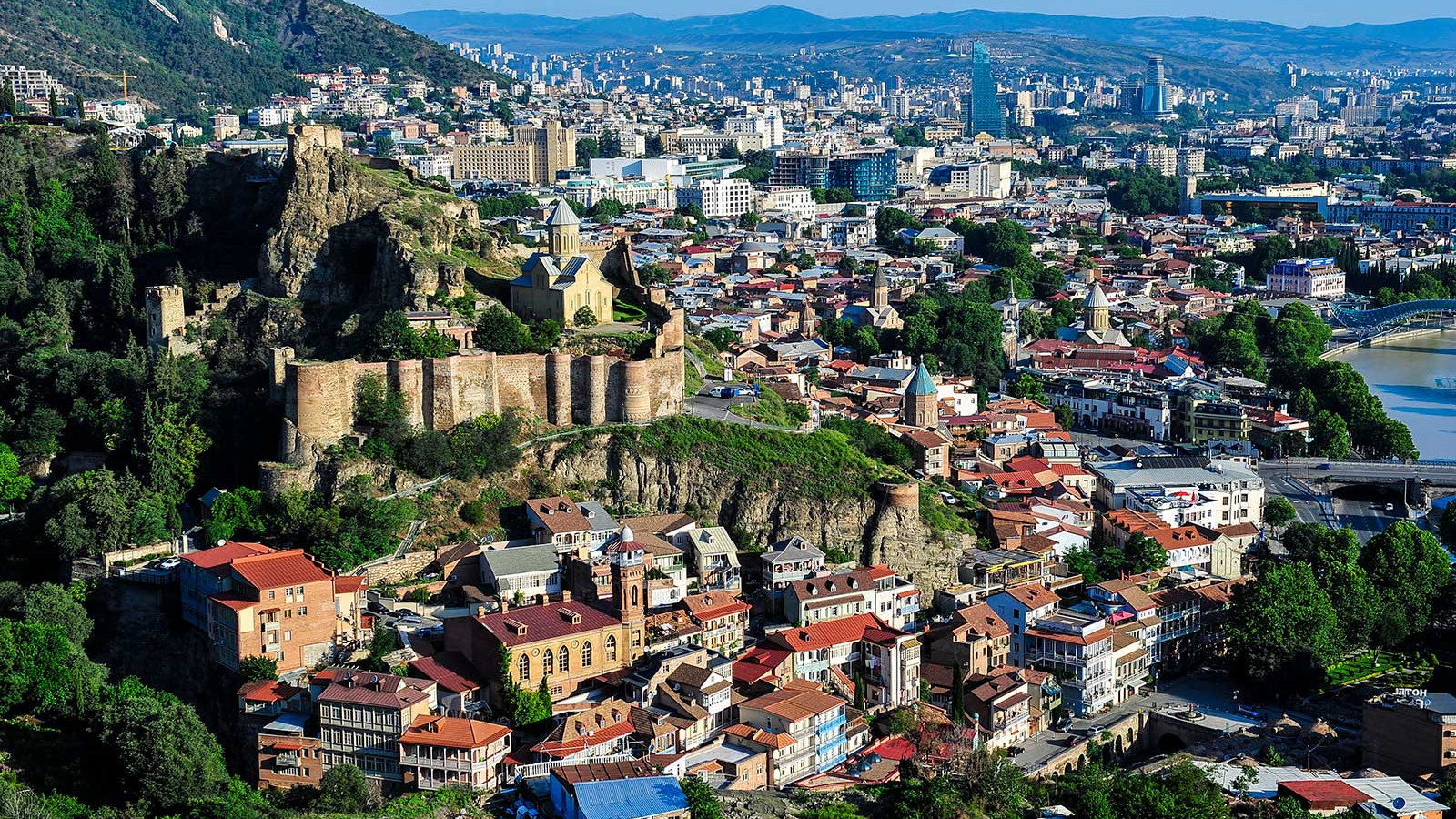 On the edge of two great continents - Europe and Asia, Tbilisi as the capital town of Georgia was developing more than 15th centuries. Diverse evidences provided by the historical sources, as well as notes and drawings of various travelers. An interesting process can be observed in its urban heritage, Eclectic architecture adoption of oriental influences, their creative transformation and adaptation to the traditional Georgian dwelling. Its planning structure is still alive in Kala district reflected in its unique artistic and architectural integrity.

Remarkable peculiarity of the city is preconditioned by the active part played by the specific natural setting in the creation of its general aspect and despite significant interventions; original interconnection of the city and environment is still preserved. Narrow portion of the river bed selected for its location, mountain ridge on the right bank of the river destined for the citadel, picturesque rocky plateau on the opposite side, are stressful perceptible in the general silhouette of the city. Minor structures of the Late Medieval urban fabric provide favorable background to the architectural accents - Narikala Fortress and Metekhi Church - crowning these monuments of nature.

Great is the historical significance of Tbilisi, permanent capital of the Georgian state from the days of its foundation up to present, Grand City of the historical Silk Road in the course of centuries, center of the whole Caucasus from the 19th c. onwards.

Building layers dating to the foundation of the city together with spontaneously developed urban fabric of the feudal epoch, 19th century regular planning, buildings of Stalinism period (already heritage of the past), all these form intricate city organism reflecting diverse stages in its history, being united by the unique Tbilisian spirit and, despite its certain eclectic character, combining it into an organic indivisible integrity.

Main determinant of the city architectural aspect - unique Tbilisian spirit and character of residential houses - is formed within its community, being imbued with its characteristic traits; these houses, with their age-old traditional dwelling types, preconditioned emergence of not only mode of life and tastes of always multi-national, free and tolerant in the respect of religious confession, united by the ‘Georgian habits and behavior’, open-hearted inhabitants of Tbilisi, but also universal warm and human environment, which is highly acceptable and desirable even today. Alongside functional perfection of the traditional dwelling, these houses reflect amazing diversity of the national artistic creativity, which is displayed in their spatial-compositional and artistic-aesthetic aspects. Apart from the unique listed dwellings with superb architectural and decorative rendering, distinction of each structure manifested in the originality of its solution and interrelation with the setting, give birth to numerous unexpected effects, imparting inner life to the city and despite rude disfigurement, still preserve their originality.

A balcony and a courtyard - characteristic elements of the traditional southern dwellings - are turned into indivisible components of Tbilisi dwelling houses, in which possibilities of homogeneous building material - wood and brick - are fully revealed. Interesting Tbilisian model of Open Dwelling is elaborated by means of well thought off connection of the courtyards and balconies with the street. Here a balcony had undergone interesting development in the process of adaptation to the common European style façades; the same is the case with the courtyards, which had even penetrated into the Art Nouveau style buildings contributing to the creation of its unforgettable Tbilisian samples.

Apart from all mentioned above, organic inter-connection of the city ‘weaving over’ the mountain slope and rocky plateau with the environment, dynamics of outlines of the streets, dwellings, views, ensembles of buildings formed by their planning and spatial-conceptual integrity, multi-layer and diverse urban fabric, which was given birth by the local highly artistic individuality of the city, its cosmopolitan nature and historical destiny - permanent destruction and renovation, all form quite a strange complex of values, turning Tbilisi into a specific urban phenomenon, definitely manifesting its significance.