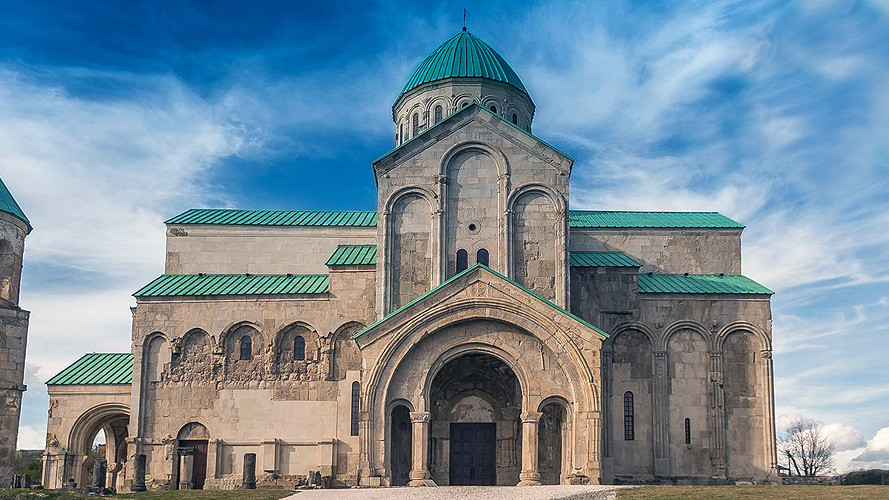 The historic region Imereti in western Georgia is the region of the legendary Golden Fleece – according to the ancient Greek mythology, this is where the long quest for the Golden Fleece took Jason and the Argonauts. In late antiquity the kingdom was called Egrisi. In early middle ages, the king declared Christianity as an official religion in 523 AD. In 975-1466 Imereti became part of the united Georgian Kingdom. Since its disintegration, Imereti formed into the independent kingdom in late 15th century. In the 17-18th c Imereti experienced frequent invasions by the Ottoman Empire until 1810, when it was annexed by the Russian Empire. The last King of Imereti was Solomon II (1789-1810).

Imereti is known for its remarkable landscapes, stretching from the humid subtropical areas to 2850-meter high alpine meadows, with numerous rivers, karst caves, health spas and a large number of mineral water springs on its territory.

Population of Imereti region is 486,986 (2020), integrating 11 municipalities and the city of Kutaisi (population 135,201), which is the capital of the region. Akaki Tsereteli State University, Kutaisi International University and UNIK - Kutaisi University – are located in Kutaisi.

Tskaltubo is a famous spa resort in about 8 km from Kutaisi. The place is perfect for the people who want to experience unique radon-carbonated waters, and visit the ruins of the old Stalinist-style sanatoriums.

Vani is prominent for archaeological findings of the ancient Colchis civilization 13th - 1st c.c. BC..

Sachkhere is the center of Sachkhere Municipality, boasting an impressive number of cultural and historical monuments

Chiatura is the town in Imereti, which is famous for its old mines, factories and ancient cable car. In addition, there is an opportunity to visit The Katskhi Pillar in Chiatura. The visitor can find a monastery on top of the 40-meter high pillar.

While driving to Imereti, at the village of Shrosha, you can see people along the motorway selling beautiful articles made of clay. This is one of the oldest and most popular handicrafts in Georgia.

Among its notable historical sites, Gelati Monastery and Bagrati Cathedral have been added to UNESCO World Heritage Sites list.

Gelati is a monastic complex and academy, which was built by the king David IV the Builder in the 12th century.

Bagrati Cathedral – also known as Church of the Assumption, was originally built in 1003, during the reign of Bagrat III (975-1014), in Kutaisii, on the hill of UkimeriOni. The monument is a remarkable example of the Georgian medieval ecclesiastical architecture.

Ubisa Monastery –9th c basilica is hidden from the main road on Rikoti Pass, and is distinguished for its frescoes by 14th c artist Damiane.

Motsameta Monastery 11th c is located on an elevated cliff, surrounded by the curve of the river Tskaltsitela and beautiful forests in 6 km from city Kutaisi.

Sataplia is nature reserve and a cave located in Imereti, near Kutaisi. The cave is famous for its fossilized footprints of a dinosaur.

Prometheus Cave, also known as Kumistavi, is another beautiful and popular site located in Imereti Cave has in total 22 different halls, six of which are open to visitors, who can enjoy 1-hour route, and finish by a boating tour on an underground river.

Okatse Canyon is another popular natural landmark of Imereti. It is located near the village Gordi. Canyon is about 14 km long, while width ranges from 3-6 to 15-20 meters, and depth – 20-100 meters. Waterfalls are arguably the major highlights of the site (the biggest one is 60 m high).

Imeretian cuisine is one of the most notable in Georgia. Khachapuri (Georgian traditional cheese pie) is a staple of Georgian cuisine, with Imeretian Khachapuri being the most popular.