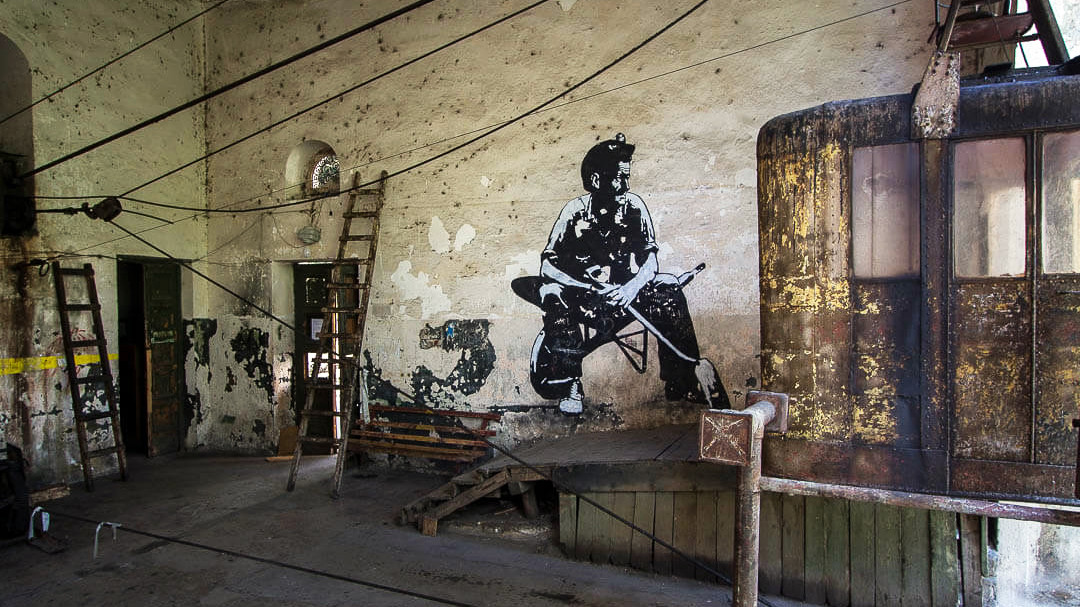 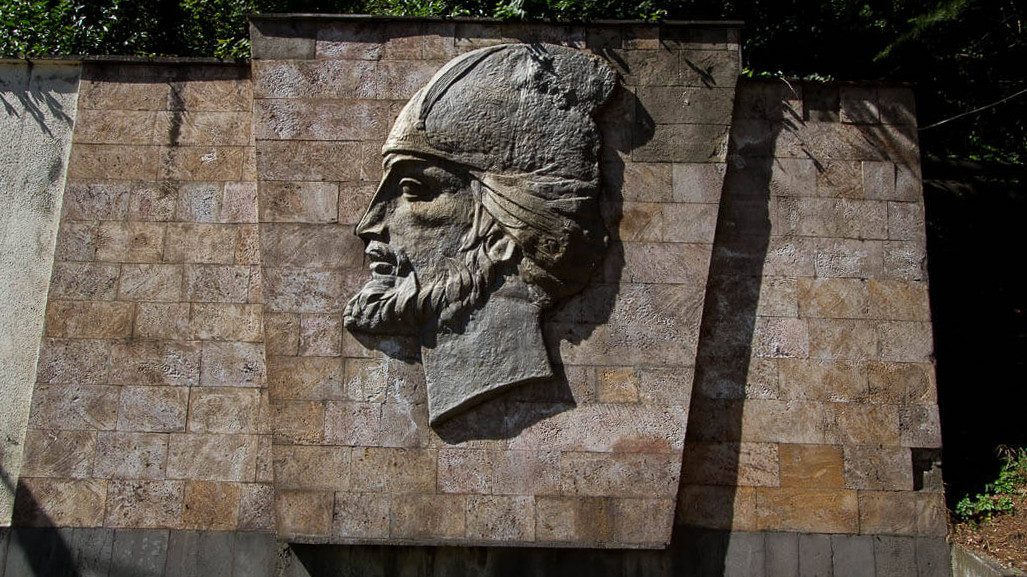 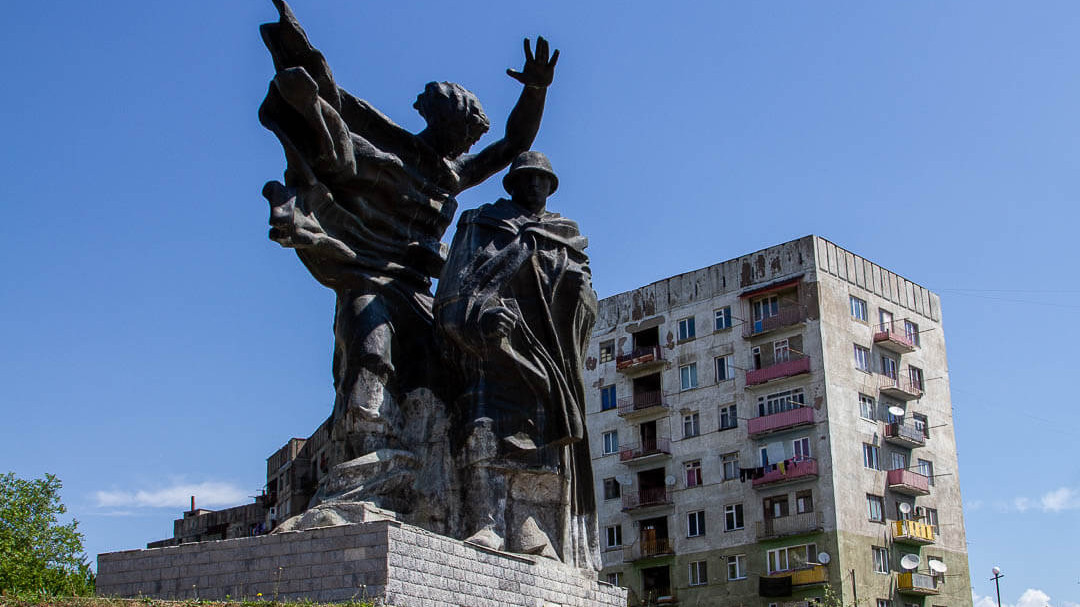 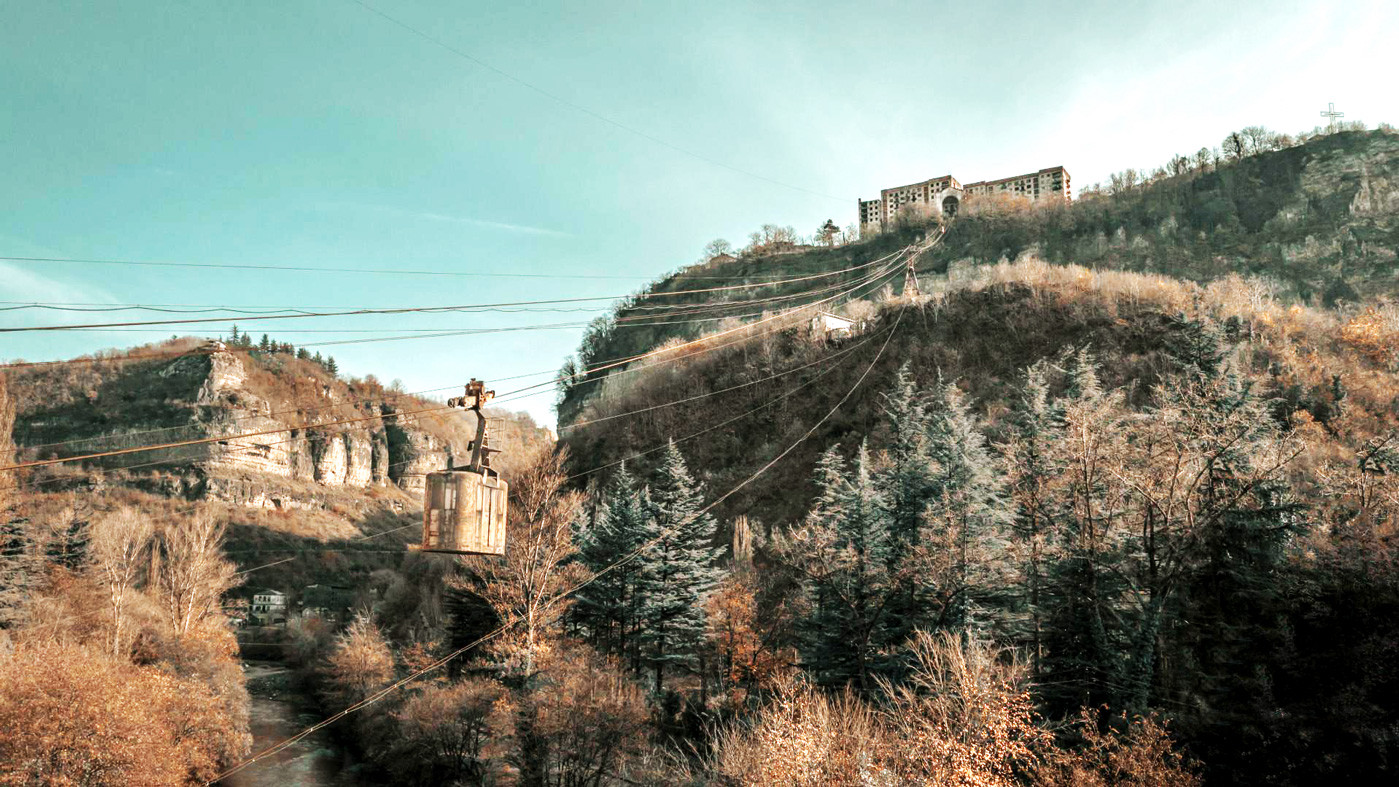 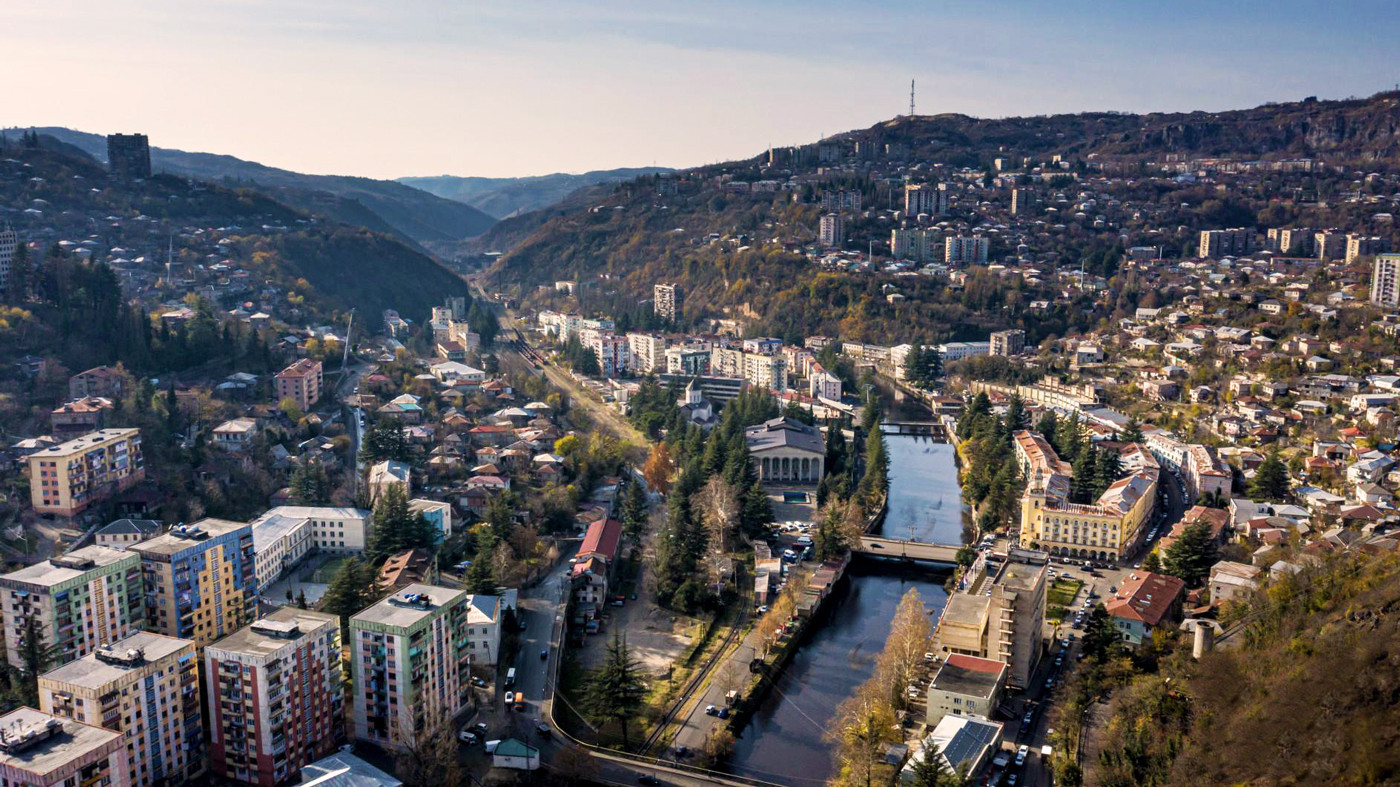 Chiatura is a town located in West Georgia, Upper Imereti region, in the gorge of river Qvirila, on 340-500 meters above the sea level. According to the population census of 2014, Chiatura has 12,803 residents.

Chiatura was founded in 1879, after deposits of iron and manganese ores had been discovered in the valley of river Qvirila. As manganese is an essential to steel and iron production, Chiatura soon became the major supplier of world’ economy. In 1905, Chiatura accounted for up to 60% of manganese production of the world. Chiatura was linked to nearby town Zestaponi by railway, where manganese ore from Chiatura was transported to its large ferro-alloy plant.
Chiatura industrial potential rose during Soviet period as well. Due to the mountainous terrain of Qvirila gorge near Chiatura area, authorities decided to build a cable car system in 1954, so that workers could get to the mines and back to town in a more efficient and easy way. Cable car system built in the 1950s under Stalin is still operating up to this day and makes town even more unique.

After the dissolution of Soviet Union and the collapse of the entire economic and industrial system, Chiatura lost much of its mining importance, as well as more than half of its population. Chiatura became some sort of a ghost town, with its infrastructure and industrial facilities in decay. Blend of the amazing nature of Qvirila river gorge, rusty Soviet industrial infrastructure and, of course, Stalin’s cable cars, make Chiatura an extraordinary experience for the visitors, especially for the lovers of “gloomy”, “dark” tourism enthusiasts.

Besides its Soviet heritage and industrial past, Chiatura has interesting architectural and historical monuments in the surrounding area.

Katskhi Pillar – Katskhi Pillar is a natural limestone monolith, located near village Katskhi, in about 11 km from town Chiatura . Monolith is approximately 40 meters high, overlooking surrounding forests and the valley of small river Katskhura. What makes this natural monument even more extraordinary is the medieval monastic complex of Katskhi (VI-XIII c.c.), and a church built on top of the pillar.

Complex is comprised of a church, a second minor church, crypt, hermit cells, a wine cellar, and ruins of the defensive walls. The Church of Maximus the Confessor stands on top of the column. Burial crypt is cut in stone, just below the church. There is another small church of St. Simeon Stylites near the pillar. Hermit cells are located to the north side of the column. Wine cellar is situated on the western side of the complex, with its several Qvevri vessels put in the ground. Monastery is active since 1997.

Main church, a three-nave basilica of the Nativity of the Mother God, was built in the 13th century. Complex has another smaller church hewn in rock, dedicated to St. Catherine. Bell tower of Mgvimevi was built later, in 19th century.
Monastery used to keep several precious church items and artifacts, which are now preserved at the National Museum.

Nowadays monastery is active and functions as a nunnery.