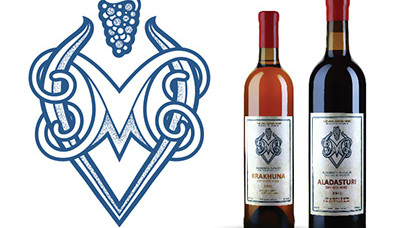 2 Day to Samtskhe-Javakheti from Kutaisi

The history of Vartsikhe Marani started early in the 1900s, when the Ananov brothers - a family of entrepreneurs from Kutaisi, purchased the Ajameti oak forest and plough grounds in the village of Vartsikhe, 16 km away from Kutaisi.  Before then, this territory was considered a part of the princely estate.  Ananovs built a winery in the village and bottled local brandy, which is still produced.

After Ivane Ananov’s death in 1888, his grandsons, Abgar and Mikhran continued the affairs of exploiting the Vartsikhe estates, Ajameti forests and producing wine. The growth of the size of the vineyards contributed to the construction of a winery. Mikhran visited a champagne factory owned by Prince Oldenburgsky in Kutaisi and ordered the specialists to develop the engineering design of the winery in Vartsikhe.  He brought Charant equipment for cognac distillation from France and installed it near Vartsikhe at his estate, Apkhanauri. The equipment was operated by French professionals, and since 1905 the technological processes were managed by Giorgi Kepuladze-a noted specialist, who worked at the Vartsikhe factory for his whole life.

The Vartsikhe winery began operation in 1907.  First brands of wine made were Georgian Tsolikauri and famous Georgian cognac-Vartsikhe, created upon the basis of spirits distilled from the wine material at the factory. In addition to the local varieties, Ananovs cultivated champagne species, brought from France; namely: the Pinot, Aligote, Semillon and Cognac variety of Fonblan.

After Georgia became Soviet Republic, the Ananovs emigrated to Austria and their palace turned into a kindergarten. Presently, a hotel operates there. The factory in Vartsikhe together with one of the larger farms, became part of the Peoples' Estate's Trust, the so-called "Samtrest."

Today the vineyards of Vartsikhe Marani are located in two different parts of Georgia. In its western location, the air from the Black Sea to the west and Caucasus Mountains in the north create a humid subtropical climate, offering optimal conditions for the cultivation of indigenous grape varieties unique to the region.

In the eastern Kakheti Region they use: Rkatsiteli, Khikhvi, Saperavi, Qisi.