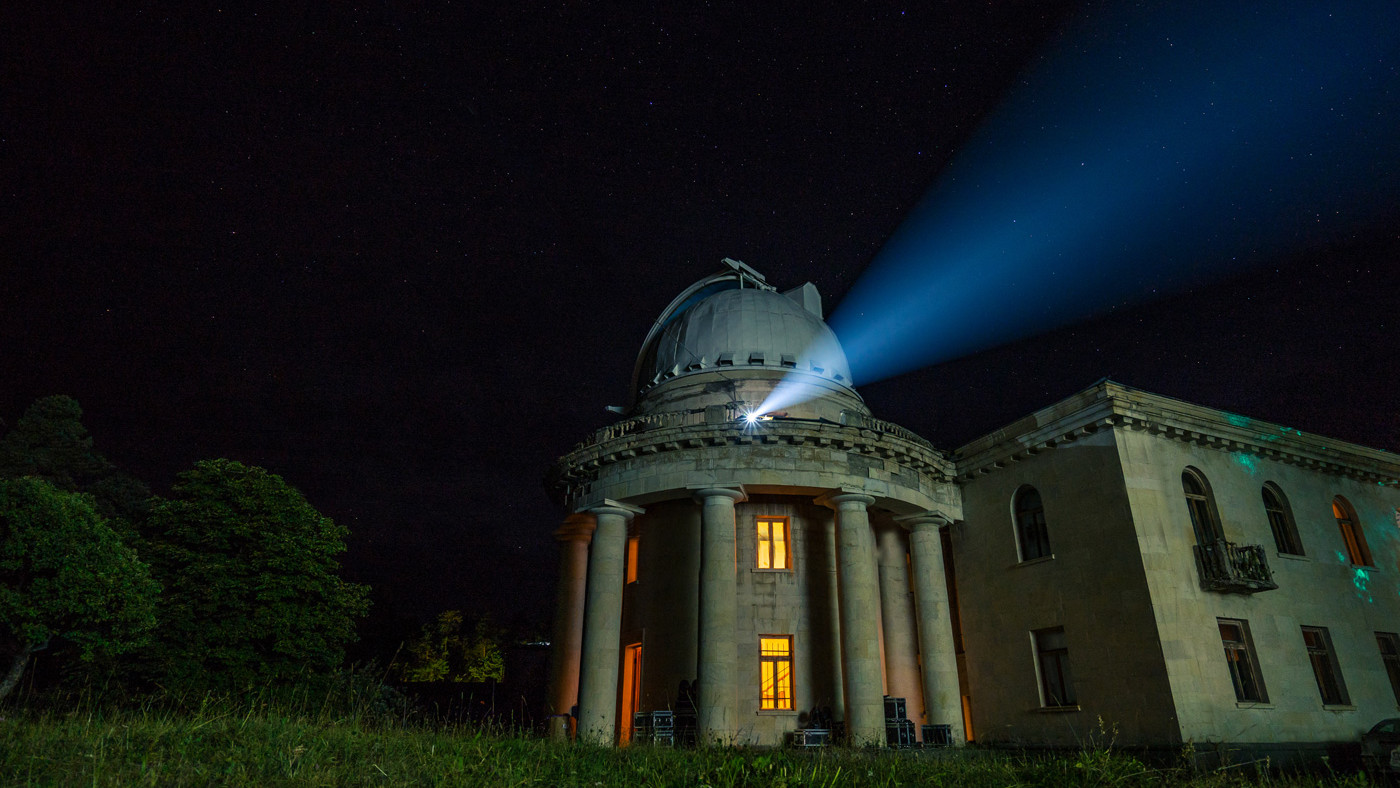 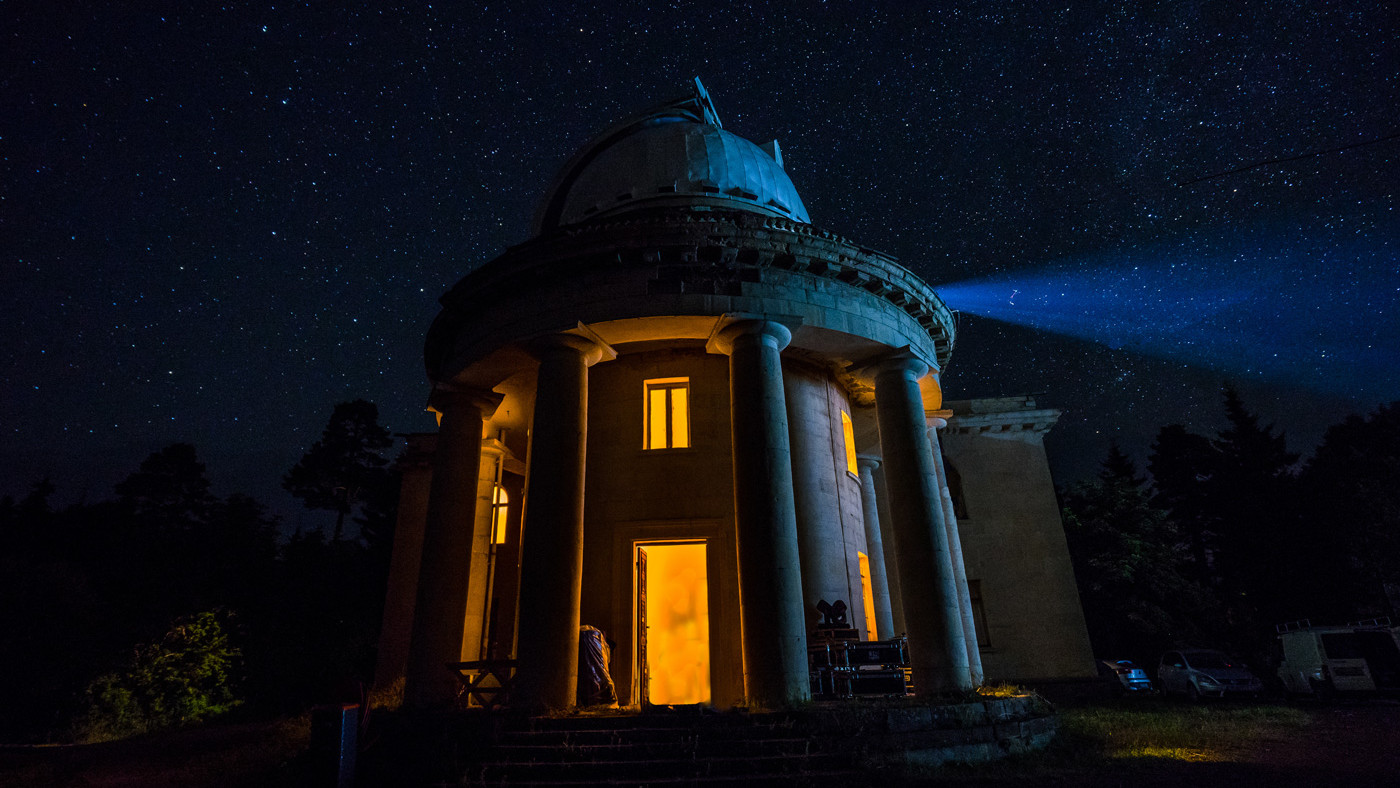 Abastumani Astrophysical Observatory is the first mountainous “classical” observatory in the Soviet Union, founded by Georgian astronomer and public figure Eugene Kharadze in 1932 on Mount Kanobili, near resort Abastumani. (an ex-soviet mountain resort or rather a sanatorium area).  The building was intended to observe galaxies, stars, and solar system errors.

The observatory features seven telescopes, built in the Soviet Era, from 1932 to 1978. Due to the altitude of 1650m to 1770m above sea level, being distant from the air pollution and sky illumination, there are unique atmospheric conditions for astronomical observations.

At present theoretical and observational research is carried out in many areas of astronomy and aeronomy in Abastumani Astrophysical Observatory: Earth's atmosphere, the Sun and solar system, star clusters,  solar-terrestrial relationships, binary and variable stars, extragalactic objects. Visitors can observe the night sky through a unique telescope, converse with astronomers and familiarize themselves with the unique collections in the museum.

Nearly 10 thousand tourists visit the site annually. At present 125 people are employed at the observatory.