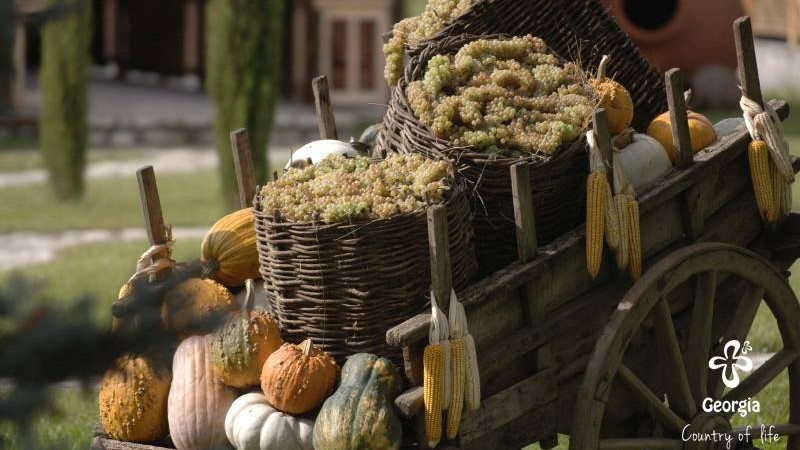 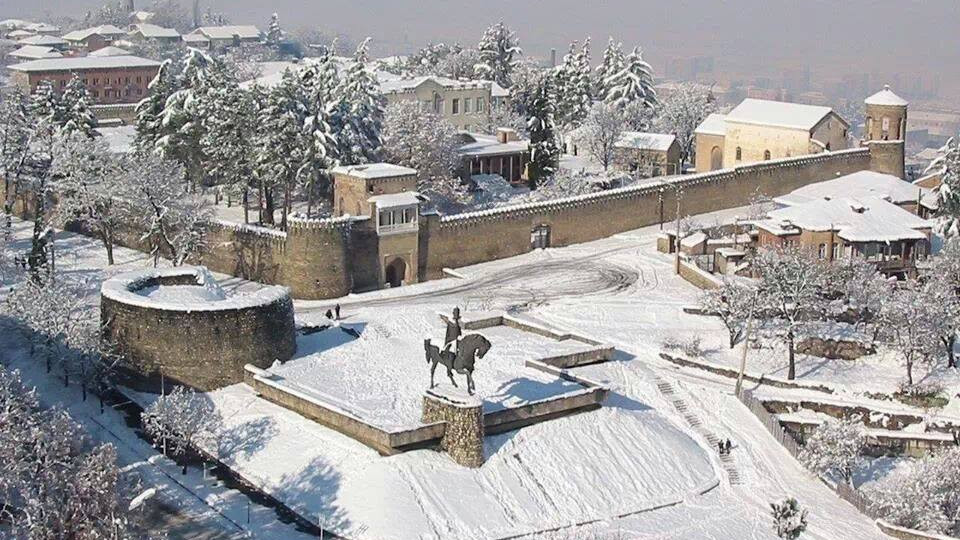 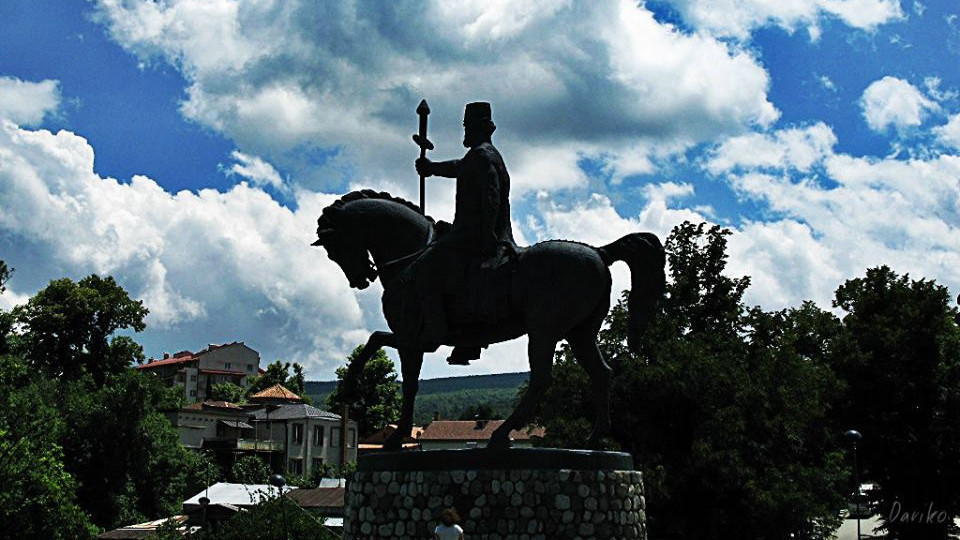 Monument of the King Erekle II

Telavi, the former capital of Kakheti kingdom is spread out over the foothills and along the wooded slopes of the Tsiv- Gombori Range (550-880 m elevation). The landscape is scenic, wrapped in picturesque hills, and as a background of the splendid Alazani River valley there is a fantastic view of The Greater Caucasus Mountain Range.

As a city, Telavi counts more than 1800 years and first written sources referred to the Greek scripts of the second century. It became the capital of Kakheti after Gremi town was destroyed by the Persians in the 17th century.

In the center of Telavi one will find 8.5 meters high bronze equestrian statue of the King Erekle II holding a huge sword (sculpture by artist Merab Merabishvili, 1971). The Georgian monarch of the Bagrationi dynasty, father of 23 children, was born and died wounded after his last war by the age of 77 in a simple palace located right behind of this statue (1720-1798). The Palace is named as “Batonistsikhe” – “The Master’s Fortress” and houses Telavi History Museum and Ketevan Iashvili Art Gallery. Museum works every day 10:00-18:00 except Mondays.

On the opposite side of the statue in a small street, nearby there is a 900-year-old maple tree (sycamore), which is 45 meters high and 12 meters around.

The visitor can see the drama theater, where the spectators saw the first performances at the end of the 18th century; historical and ethnographic museum (1927), art and music college (1919), Telavi State University (established in 1939), which is considered as a successor of Ikalto Academy (12th c), Libraries, tennis courts, Nadikvari park.

The main historical and cultural monument around Telavi are listed below:

Alaverdi St.George's Cathedral, built in the 11th century. It used to be the highest cathedral in Georgia before Tbilisi Sameba Cathedral was constructed in 20th c;

Shuamta - a complex made up of Old and New Shuamta Monasteries (6th-16th cc); .

In the vicinity of Telavi there is Lopota Lake Resort. It was founded as a small family hotel, but nowadays it is represented with 186 spacious rooms, sauna, steam rooms, jacuzzi, basketball and volleyball courts, outdoor and indoor pools, horse-riding area, outdoor bungalows and bars, restaurants.

The main economic income of the city is related to wine, tourism and other agriculture businesses. While you are in Telavi, don’t miss wine tasting at Shumi winery in Tsinandali, Elizbari winery and The Schuchmann Château in Kisiskhevi village, Château Mere, Jakeli Organic Vineyard and Bardanashvili's Marani in Vardisubani village. Don’t skip cooking master- classes at Chateau Mosmieri Resort and Wine Cellar ARGE at Telavi vicinity.

Telavi and Tbilisi are connected by two roads. The most popular (and better-paved) one runs through the villages of Kakheti and is twice longer than the other, which goes through Shuamtra forest and Gombori Mountain Range. The shorter route is spectacular, curvy, but blocked in winter(rarely).

There is Telavi King Erekle II airport on the territory of the city, locally named as “Mimino”, after the comedian Soviet movie character. The Airport mainly serves domestic charter flights.

To book the tour check itineraries and prices below:

One Day Wine Tour to Kakheti