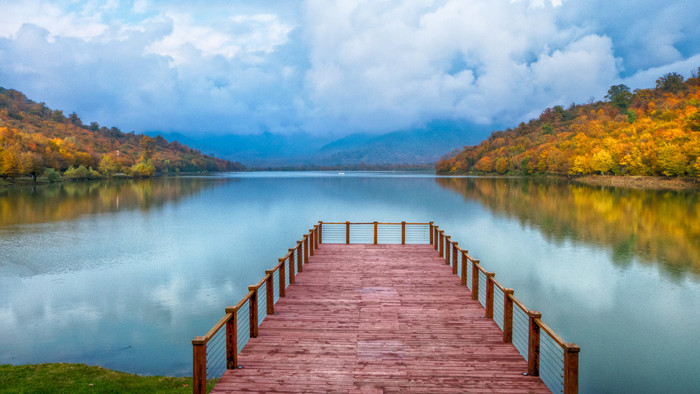 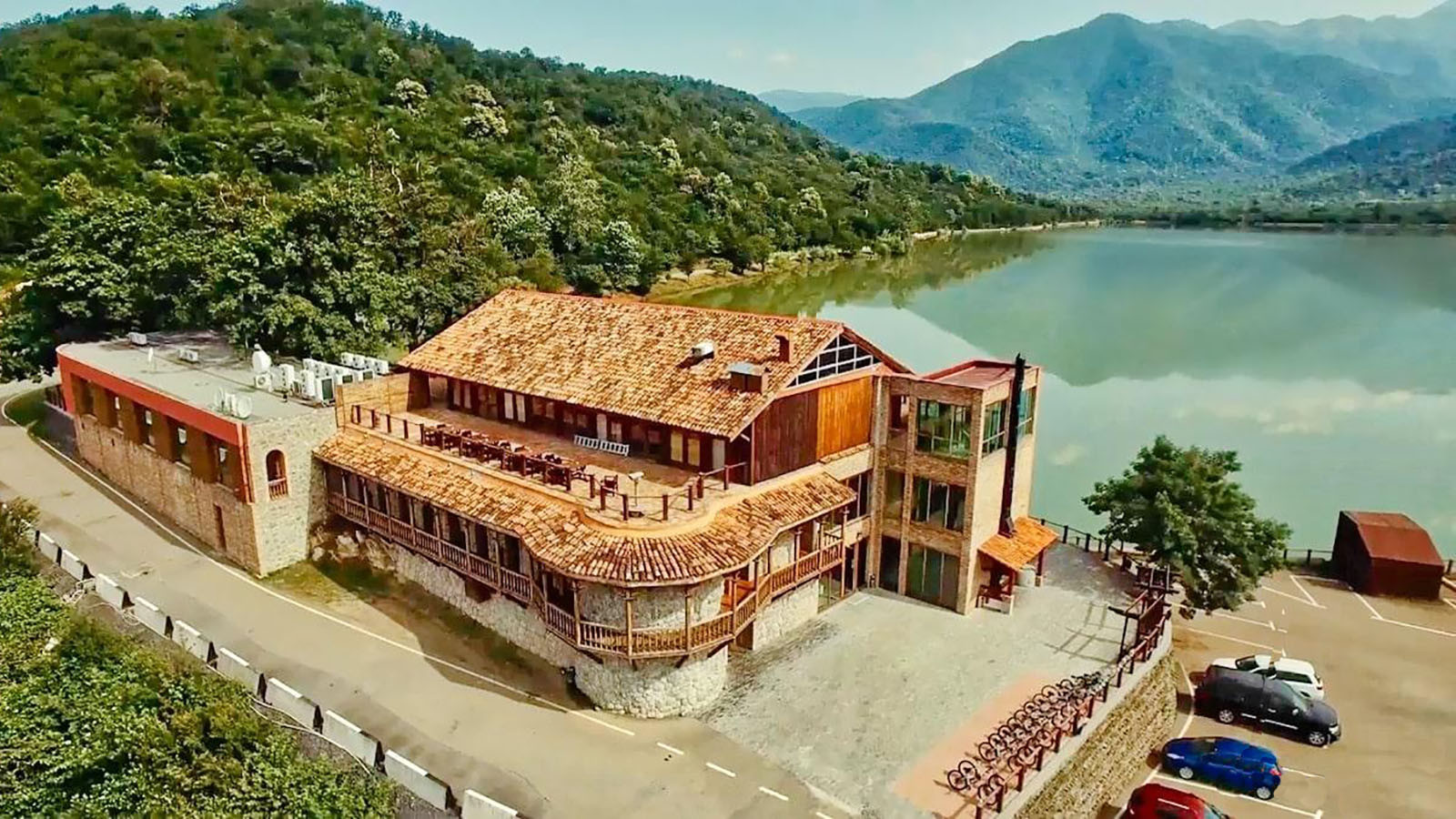 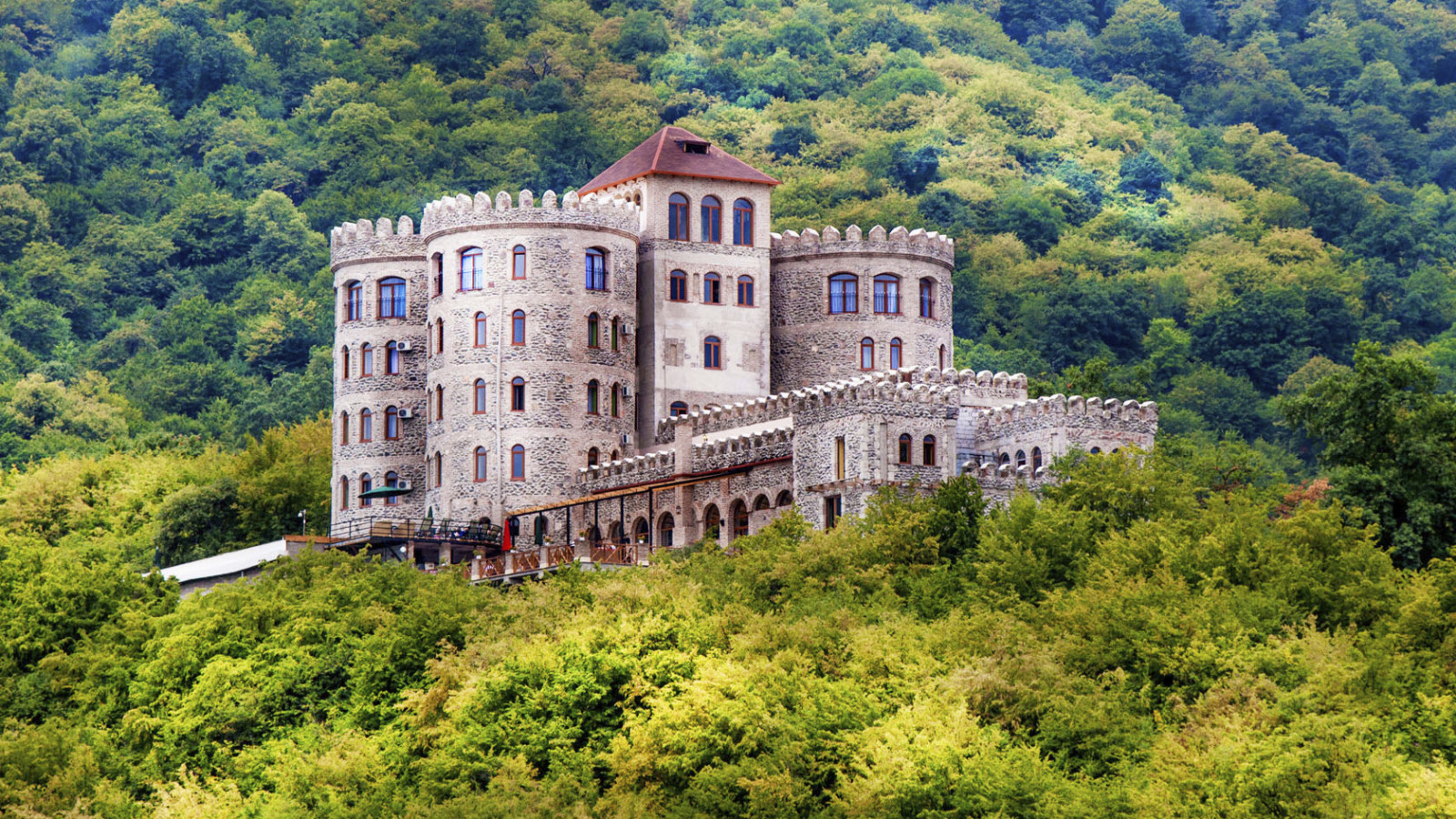 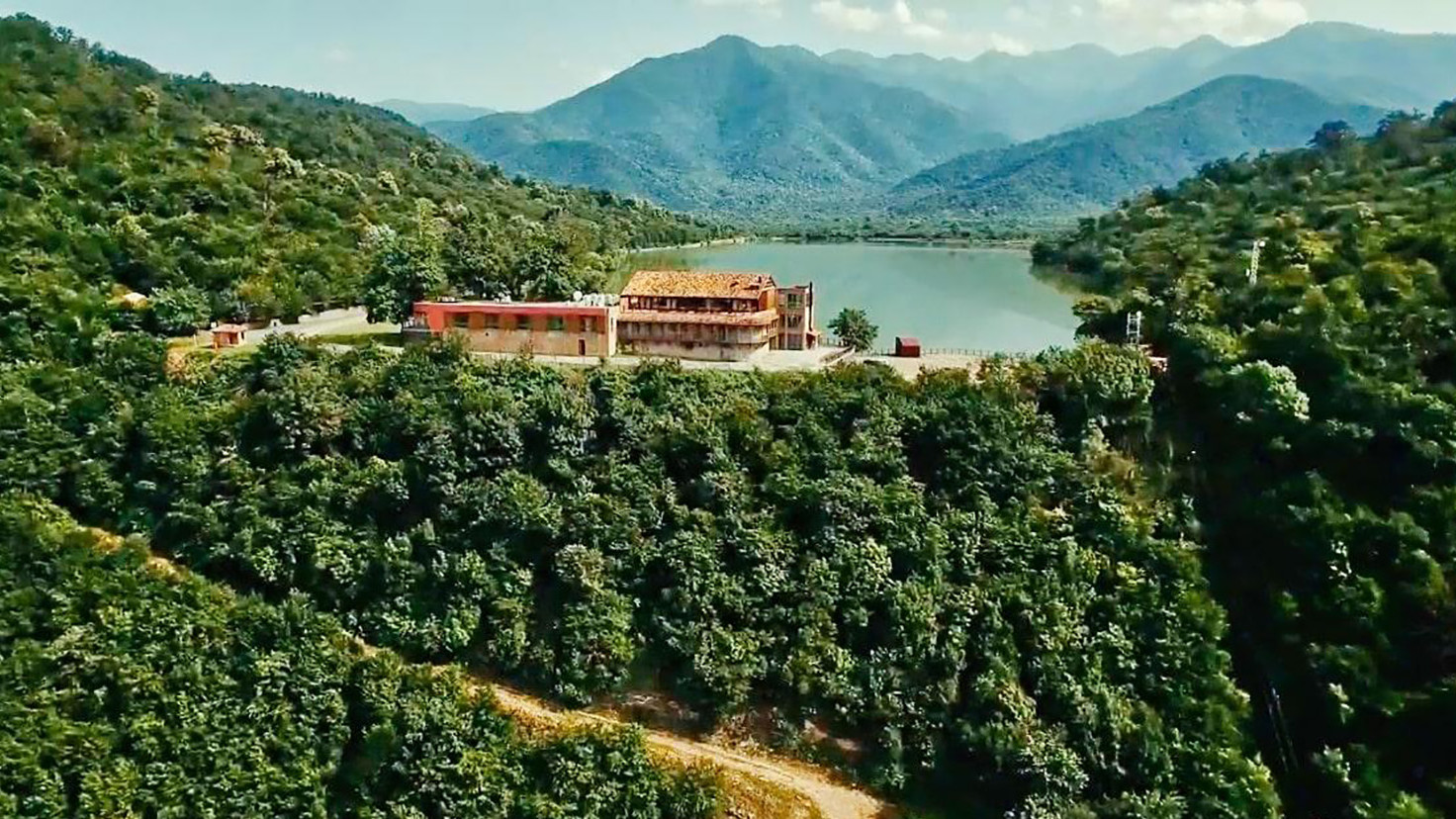 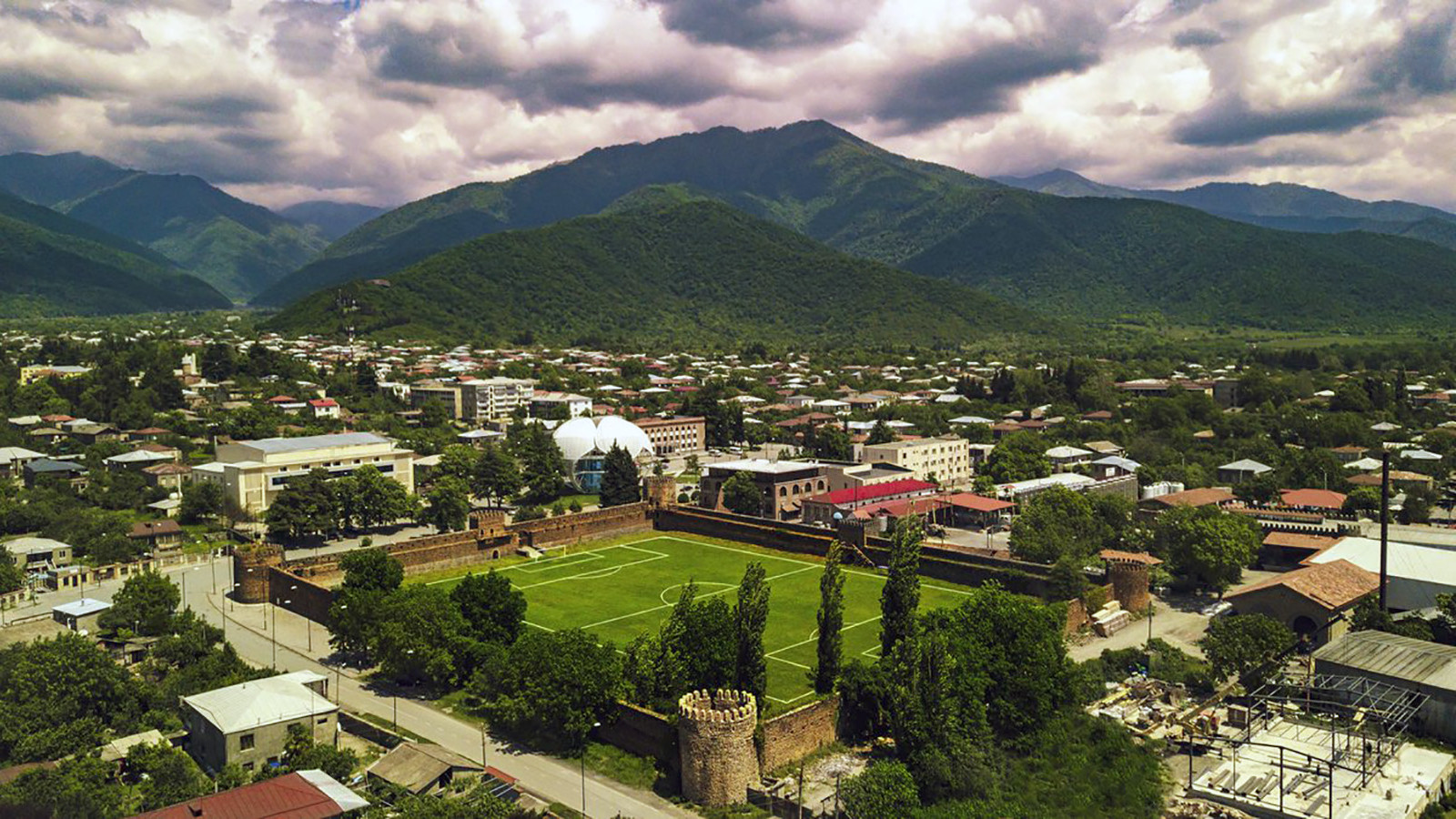 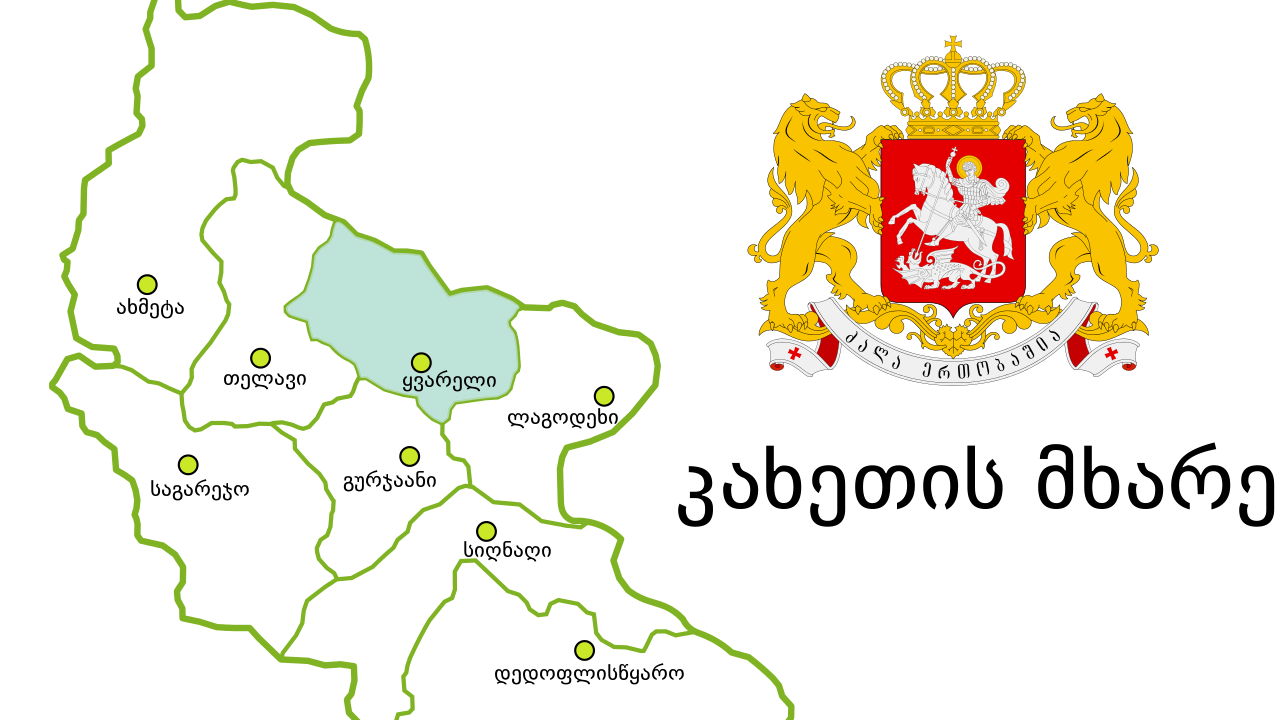 Kvareli on the Kakheti Map

Kvareli is a town in Kakheti region. The town lies in the Alazani Valley, between the two rivers – Duruji and Bursa at an elevation of 450 meters above sea level. The population of the city is 7739. The place is famous for its wineries and especially with “Kindzmarauli”- semi-sweet wine. Also it is the birthplace of the famous 19th c. Georgian writer, politician and public figure Ilia Chavchavadze.

According to the historical documents, Pshavs migrated from the village Kvara to the territory which is known today as Kvareli. They were called Kvarelebi, so the name of the new settlement became Kvareli.

One of the amazing things the visitor can see in Kvareli is a 16th-century architectural monument Gremi. The complex is a survival from the ruined city Gremi, which used to be the capital of Kakheti. After it was razed by the enemy, the capital was transferred to Telavi. Today the visitor has an opportunity to see The Archangel’s Church complex, which is located on the top of the hill.

Another monastery in the territory of Kvareli is Nekresi Monastery. Among the several buildings the oldest one is a chapel of the small basilica type, which was built in the 4th century.

Kvareli fortress is located in the center of the city. It was built in the late 18th century to protect the population from the North Caucasian invaders.

Ilia Chavchavadze Kvareli State Museum was opened in 1938. The museum consists of a tower, house, cellar, bakery, barn, water-mill. One can see the family materials, Ilia’s manuscripts, the newspapers found by Ilia Chavchavadze, furniture, weapons. 3 kilometers away from the city center, there is a statue of Ilia Chavchavadze. It was constructed in 1966-68 years by T. Gviniashvili and K. Khutsrishvili. The statue is made of cast iron.

There is a Kote Marjanishvili Museum in Kvareli. Kote Marjanishvili used to be the famous Georgian theater director. Besides his memorial materials, one can see the audio and video records of his film “Amoki” and different plays, the letters and photos of prominent theater and film directors.

One more museum in Kvareli is related to money. The Money Museum consists of a large collection of coins and money of different eras and countries. It was opened in 2001. The most important object of the museum is Colchian Tetri from the 6th century BC. There is a theater named after Kote Marjanishvli and a library in the city.

An artificial lake named after Ilia Chavchavadze is located in the zone of Kindzmarauli. The place is surrounded by a forest. There is a 4 kilometers cycle path around the lake. On the territory of Ilia’s Lake the visitor will find cafes, sports facilities, the Amphitheater. Sometimes during the Winter the water is dried out or frozen. So the best time to visit the lake is in the summer. It is allowed to swim in the lake. The place is crowded during this time.

The largest storage of Georgian wine is located in Kvareli. This is a 7.7 km long tunnel, which has the shape of a wine cellar. The wine production is the main economic activity in Kvareli, so there are a lot of local wine cellars and wine companies.

Follow the links below and check the best wineries nearby Kvareli: