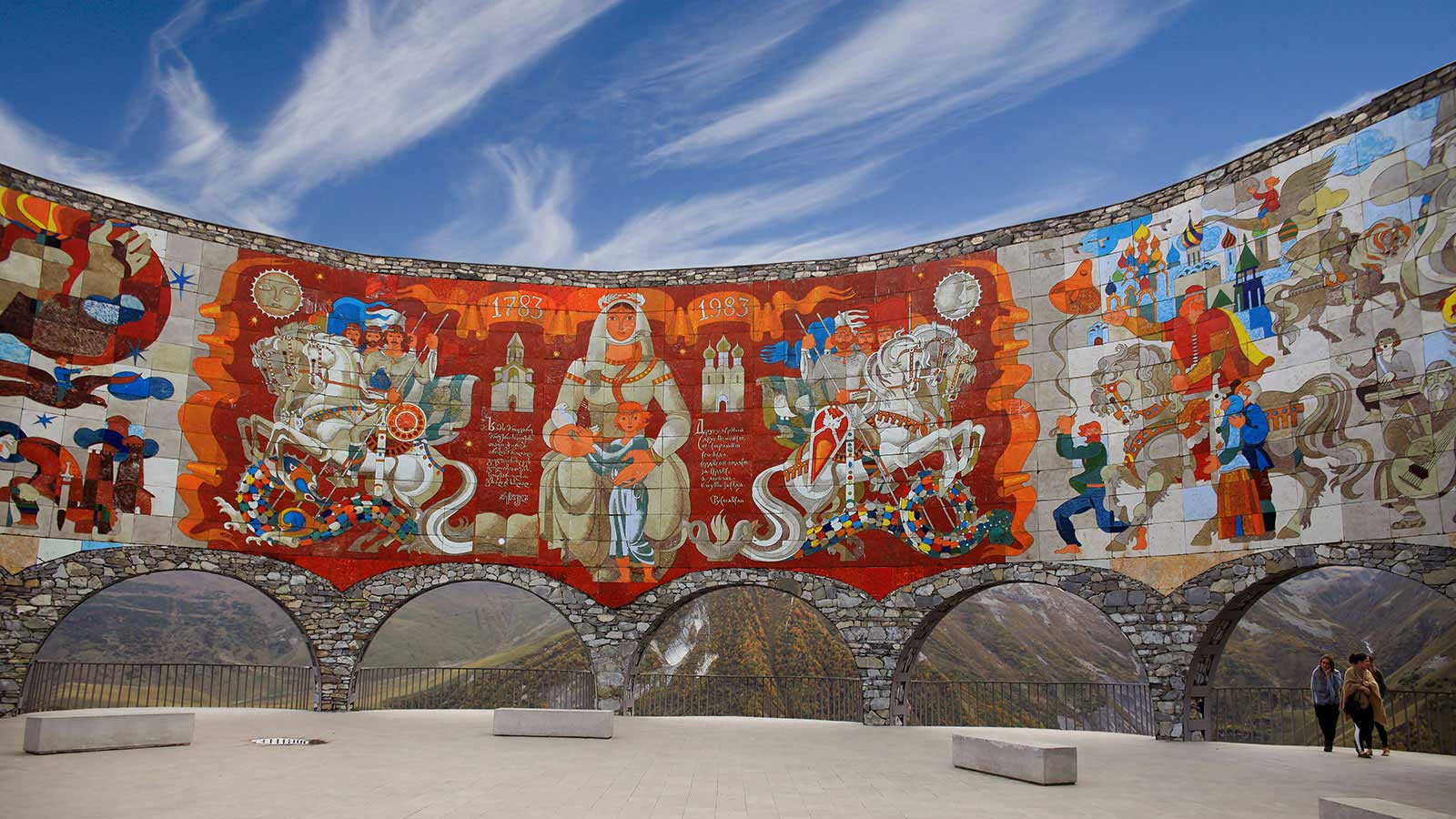 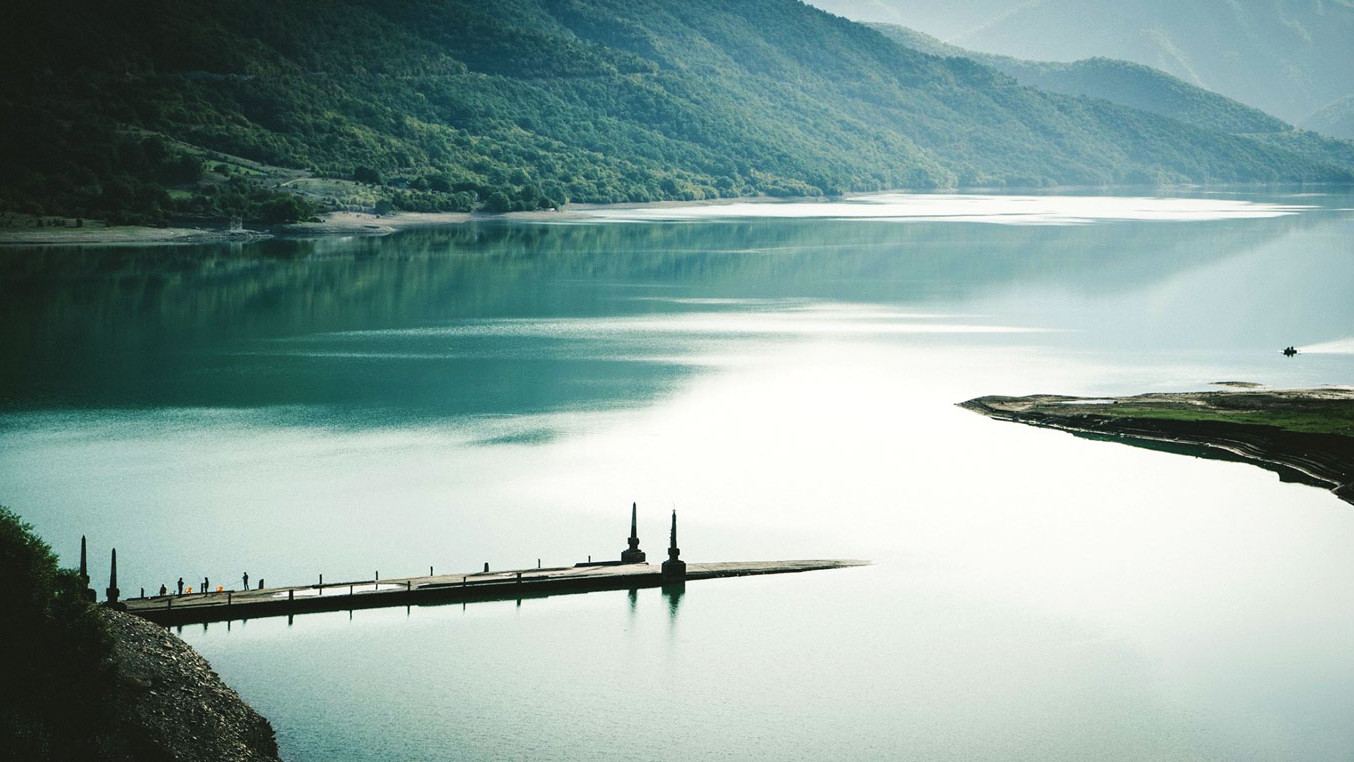 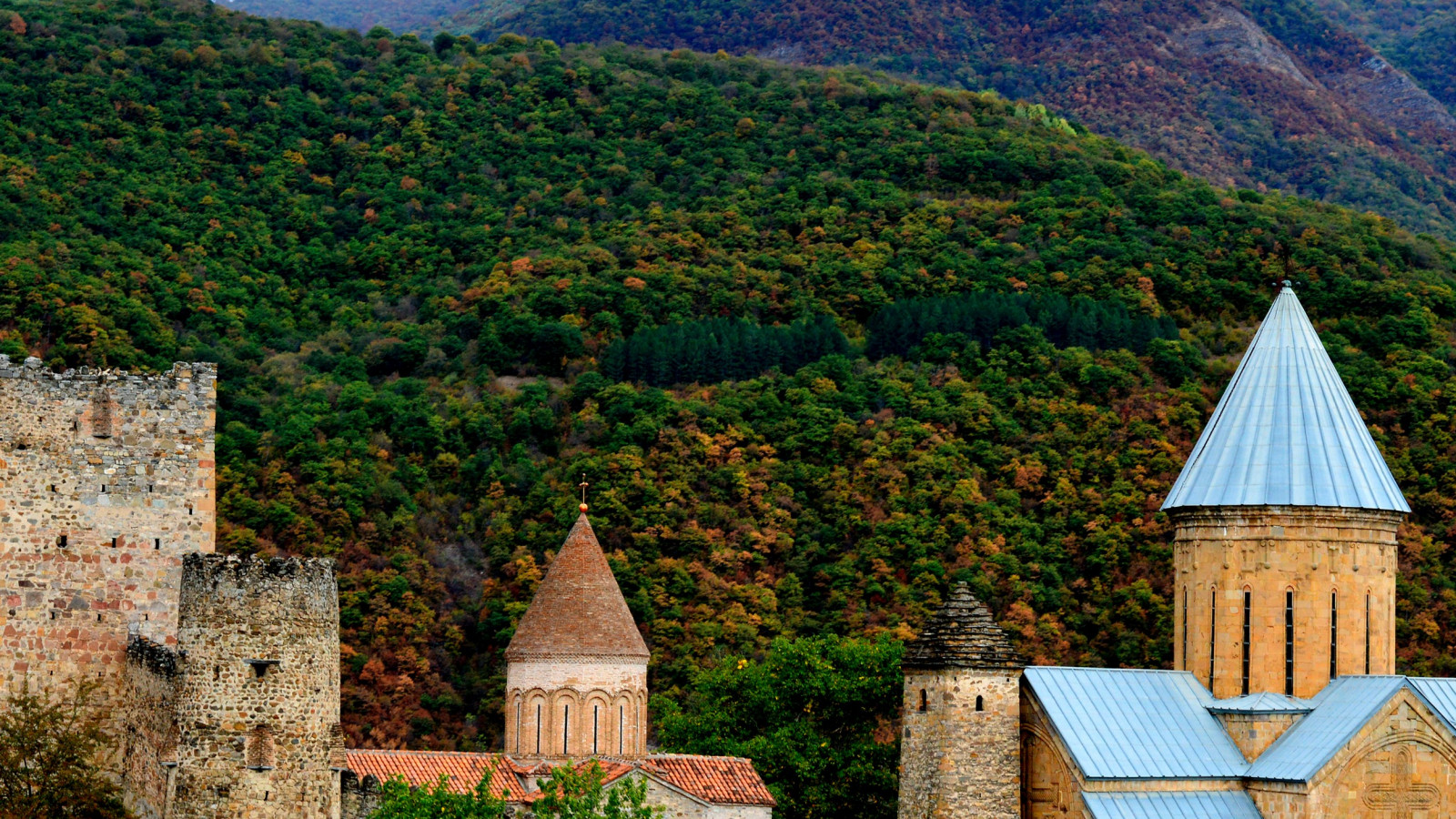 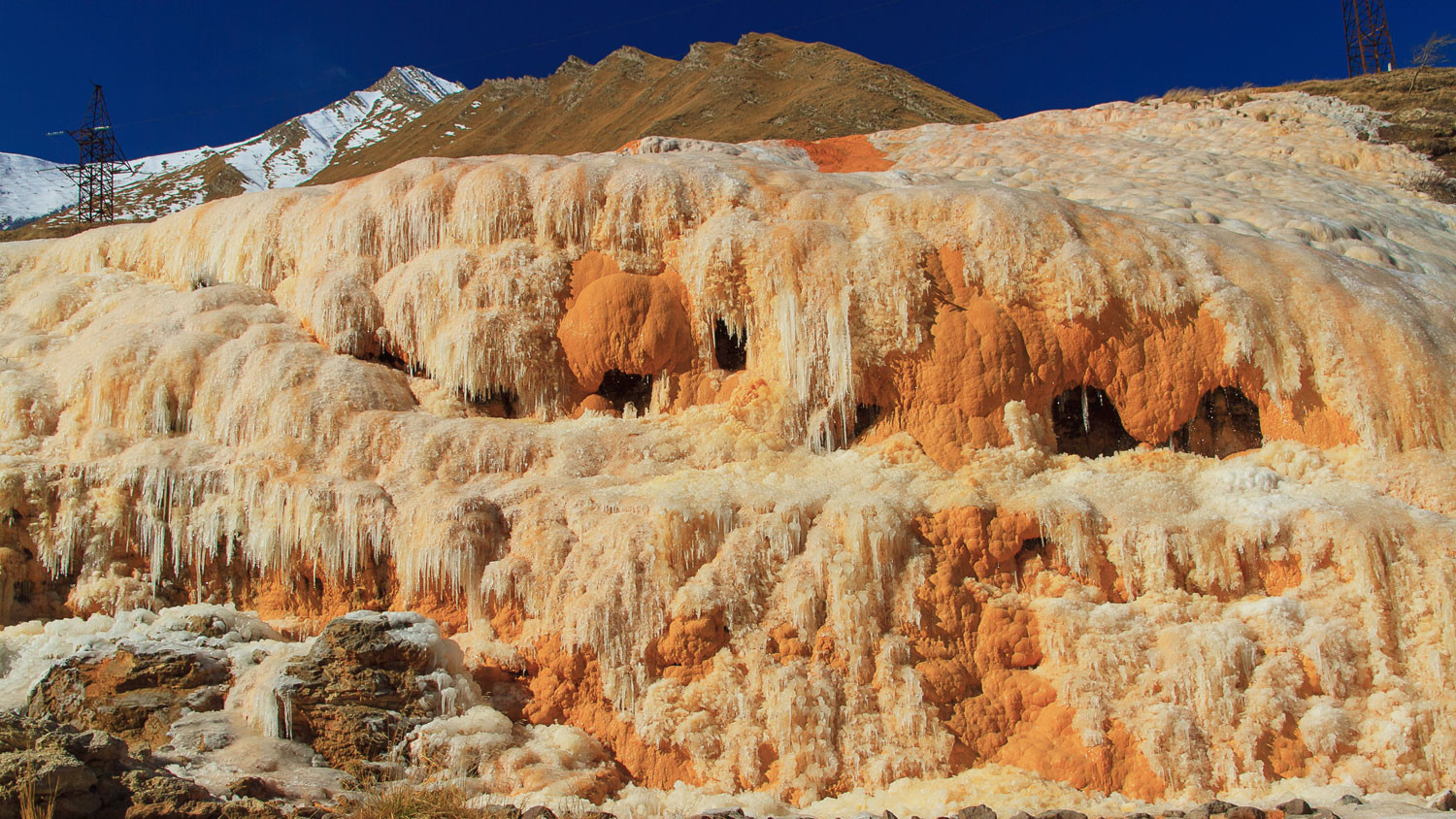 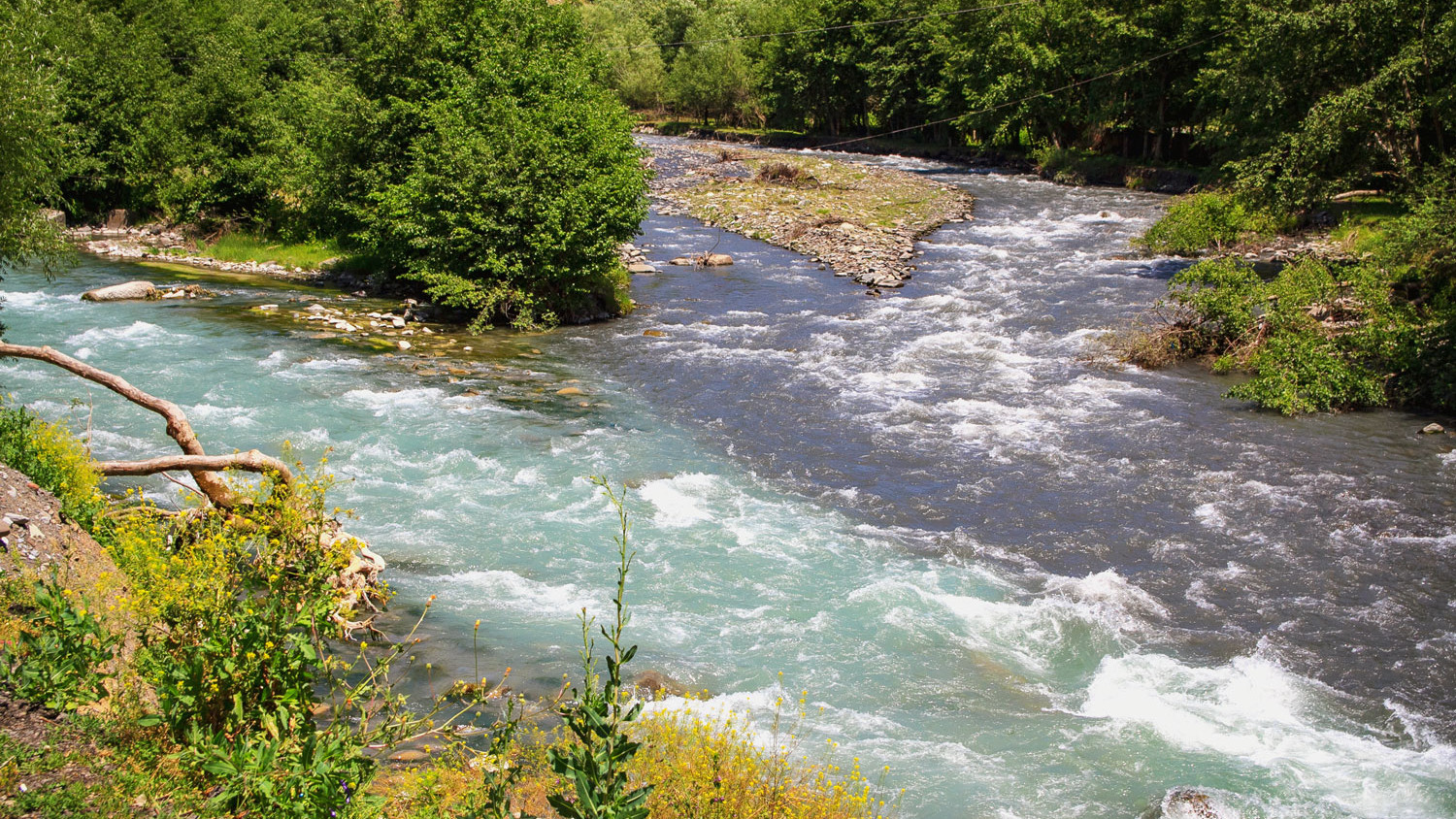 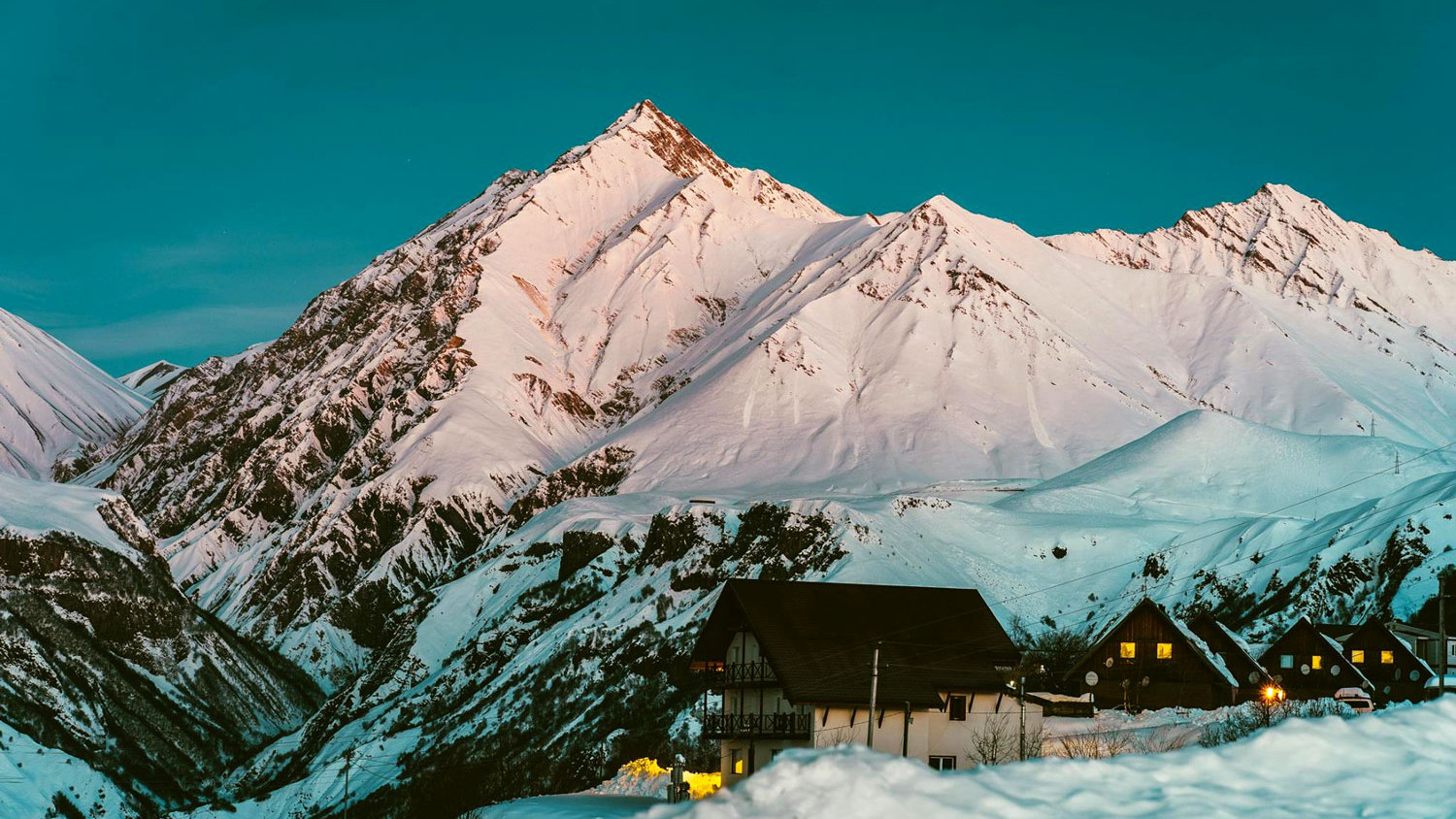 Located on the crossroads of Europe and Asia, between the two rivers Aragvi and Mtkvari, ancient town Mtskheta used to be the capital of the Eastern Georgian kingdom of Iberia from the 4th c BC through the 5th c AD, until the King Vakhtang IV moved his court to Tbilisi.
On a full-day Mtskheta – Gudauri tour we are going to visit main historical and architectural monuments of Mtskheta 2 of which are recognized as world heritage sites by UNESCO, medieval Ananuri Architectural Complex located near Zhinvali Reservoir, and, in winter season, Gudauri – major ski-resort of Georgia situated at an elevation of 2196 meters above the sea level, where we can take a look over the surrounding alpine landscapes from a cableway.

Pick up from the hotel. We are going to drive to the north, towards the Greater Caucasus mountains through the Georgian Military Road. On our way we are going to make several stops. First, at the ancient town of Mtskheta, to visit one of its major historical monuments – Jvari Monastery. Monastery has been built in the 6th century and stands on top of a hill outside of Mtskheta overlooking the lowlands of Kartli region and confluence of the two rivers – Mtkvari and Aragvi. Jvari Monastery is recognized as a world heritage site by UNESCO.
Our next stop is at medieval Ananuri Architectural Complex. Ananuri Complex is located near Zhinvali reservoir. Complex integrates fortifications, two churches and residential buildings that where local medieval feudal family – Aragvi Eristavi – used to reside. Main church of Ananuri has unique stone carvings, frescos and ornaments from 16-17th c.c.
From Ananuri we continue driving north, and arrive at Pasanauri, a small town located at Aragvi river, where we are going to have a lunch with Georgian traditional dishes.
On our way to Gudauri we will make a short stop at the observation platform – a monument built in 1983 with large mural, that overlooks the gorge of river Aragvi, foothills of the Greater Caucasus Mountains and the alpine village Mleta. In winter season we can take a cable car in Gudauri and take a look at the surrounding alpine valleys, river gorges and the snowy peaks of the Greater Caucasus.
On the way back to Tbilisi we make our last stop in Mtskheta town to visit Svetitskhoveli Cathedral – major attraction of the town. Cathedral was completed in the 11th century. According to the Georgian Orthodox Christian traditions, the robe of Jesus Christ is buried near Svetitskhoveli under pillar which is covered with wall murals from the 16th century. Other famous sacred relics are buried in Svetitskhoveli as well, which makes the cathedral one of the most popular pilgrimage sites in Georgia. After visiting Svetitskhoveli we take walk in the narrow streets of town and enjoy views on Jvari monastery which is listed in UNESCO heritage list with Mtskheta. Here you can buy traditional sweets – Churchkhelas, made from grape juice, nuts and famous Georgian spices.
In the evening we drive back to Tbilisi.

To arrange airport transfers and additional hotel overnights, contact us at tours [at ] georgianholidays.com