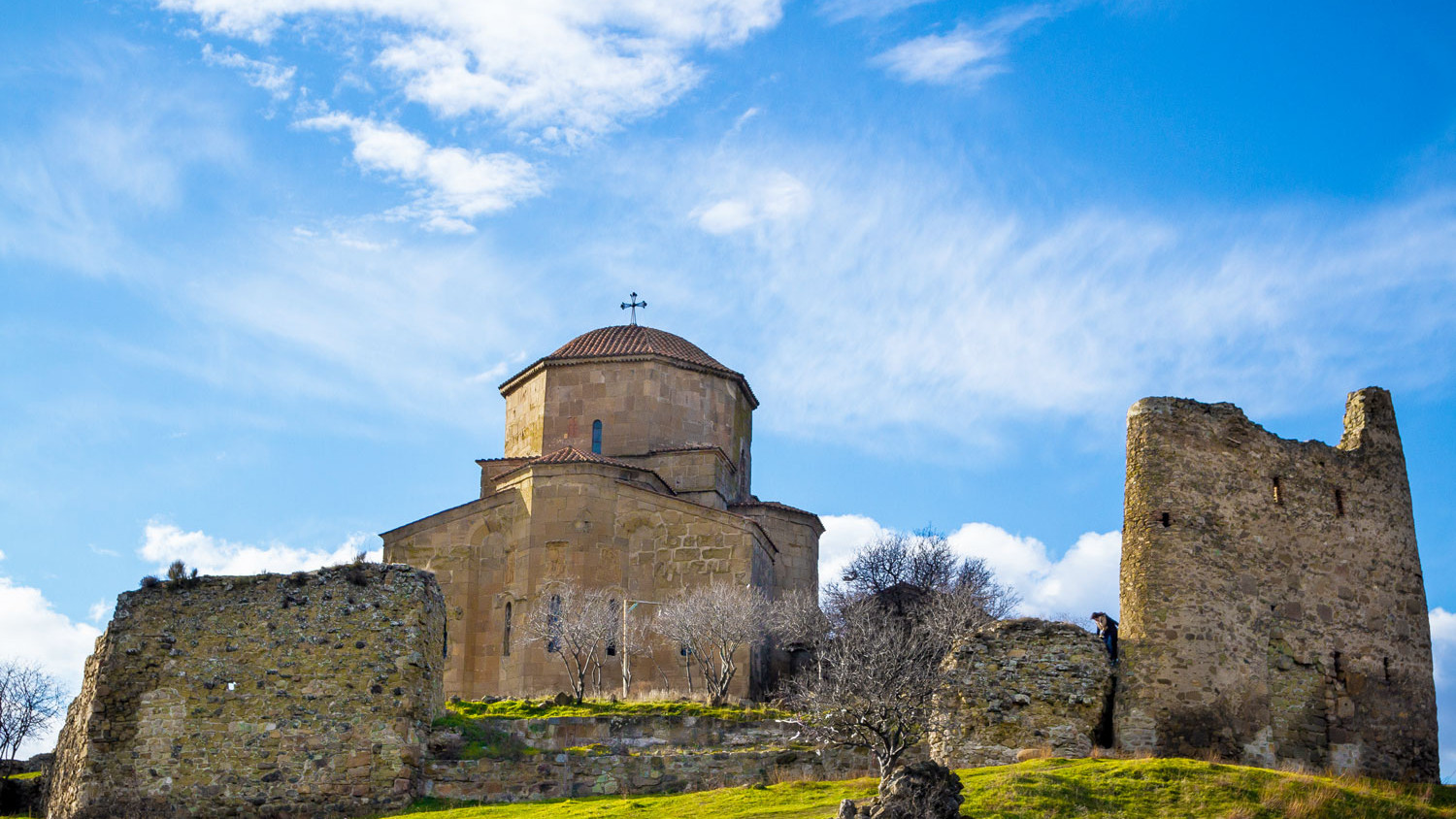 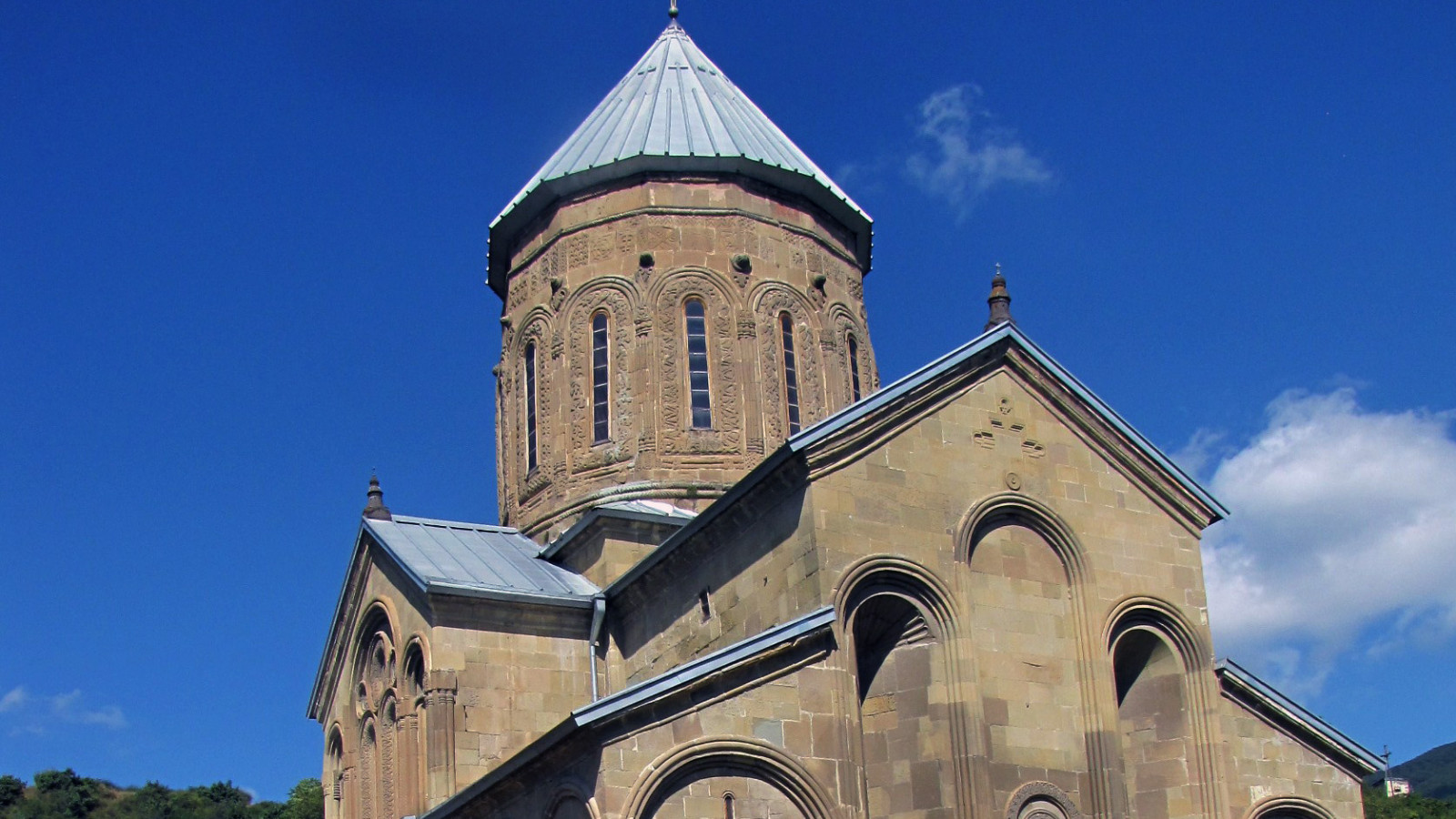 The historical town Mtskheta is situated at the confluence of the Aragvi and Mrkvari Rivers, in Kartli, East Georgia, 20 kilometers away from Tbilisi. Because of the strategic location, Mtskheta had the cultural, economic, political influence of Roman, Persian Empires. After it had lost its status as the capital, Mtskheta continued to be the religious center of the country.

Jvari Monastery is located on the opposite side of town Mtskheta, on the top of rocky plateau. Constructed in 6th c, Jvari is the best example of how harmoniously could be interrelate architecture with landscape, it’s proportions, contour could develop in accordance with nature.

One of the biggest cathedrals in the country, Svetitskhoveli (11th c architect Arsukisdze) is situated in the center of Mtskheta. It represents the religious center of Georgia as it is believed, the mantle of Christ is buried here under a 17th century ciborium.

One more monastery from the 11th century, Samtavro nunnery – was constructed by Arsukisdze’s Master. The western aedicule here serves as mausoleum of the first Christian king of Georgia Miriani and his wife Nana (4th c). A 5th century small shrine in the yard is dedicated to St. Nino, a woman who preached Christianity in early 4th c.

The historic churches of Mtskheta demonstrate the high level of art and culture of Kartli Kingdom, which had an important role in the political, religious, social, economic life of the region. These monuments signify the introduction of Christianity to the Caucasian mountain region. All of the above-mentioned churches are excellent examples of medieval ecclesiastical architecture in this region and show the changing patterns of the building typology from the 4th to the 18th centuries.