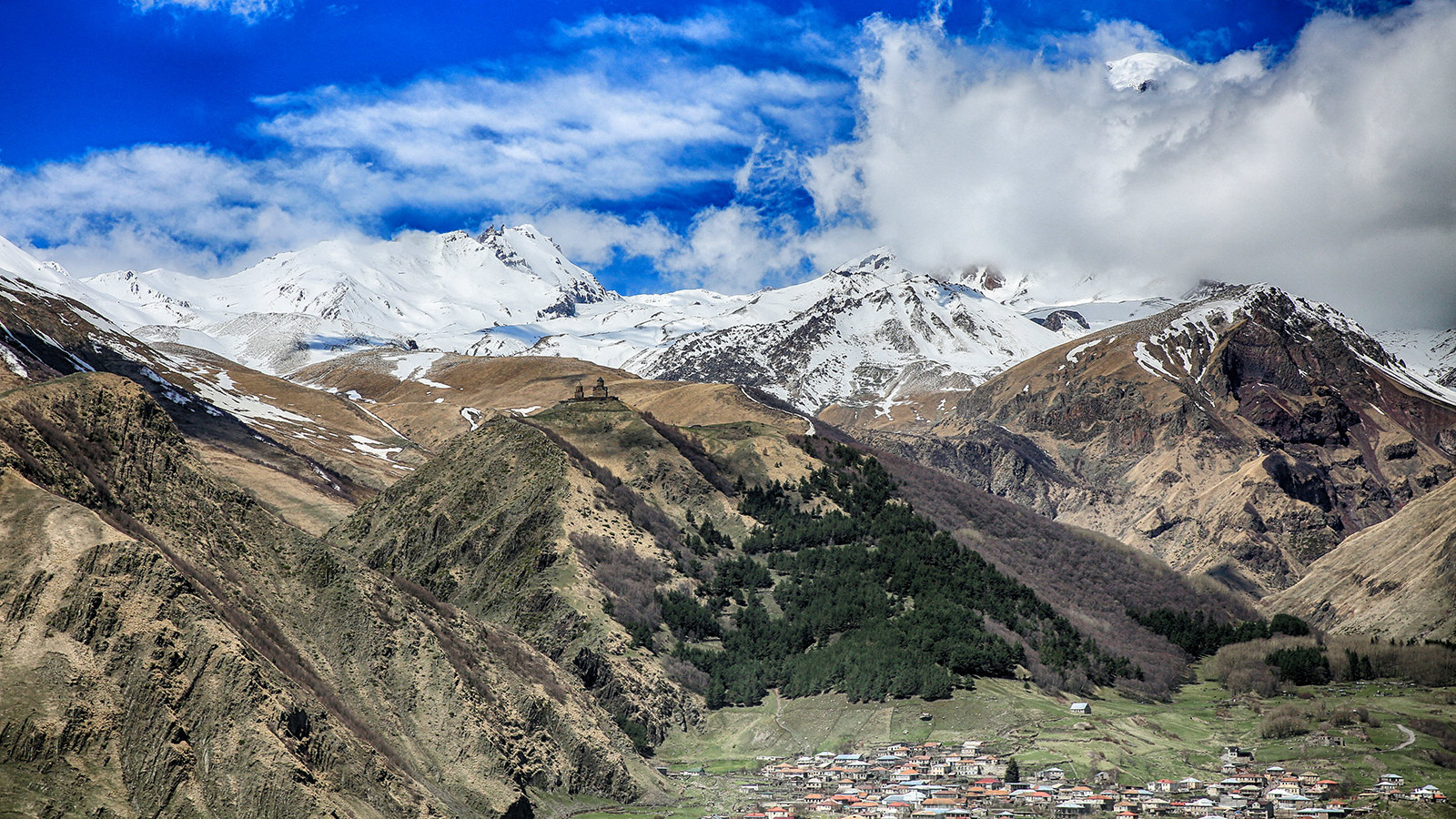 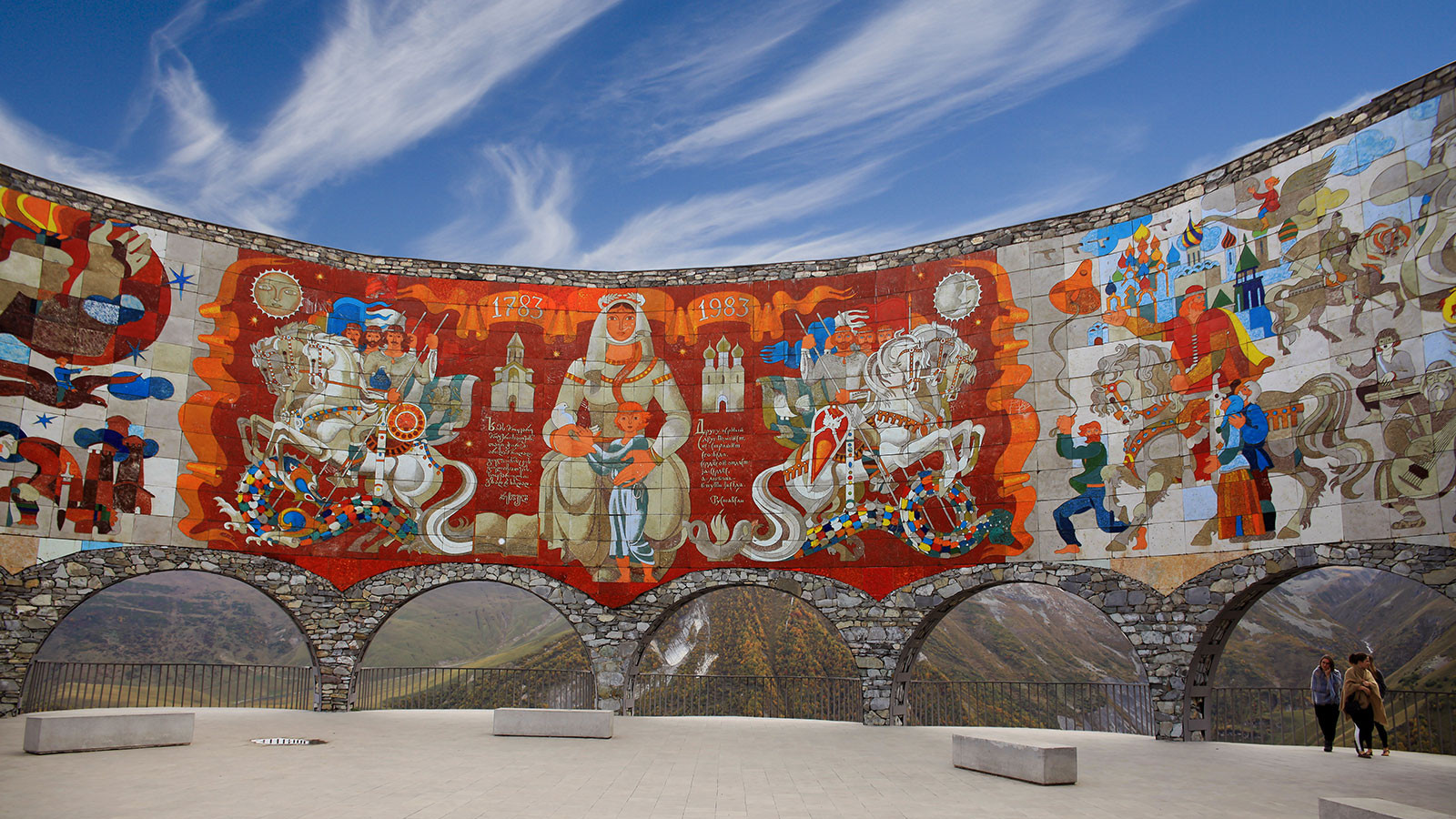 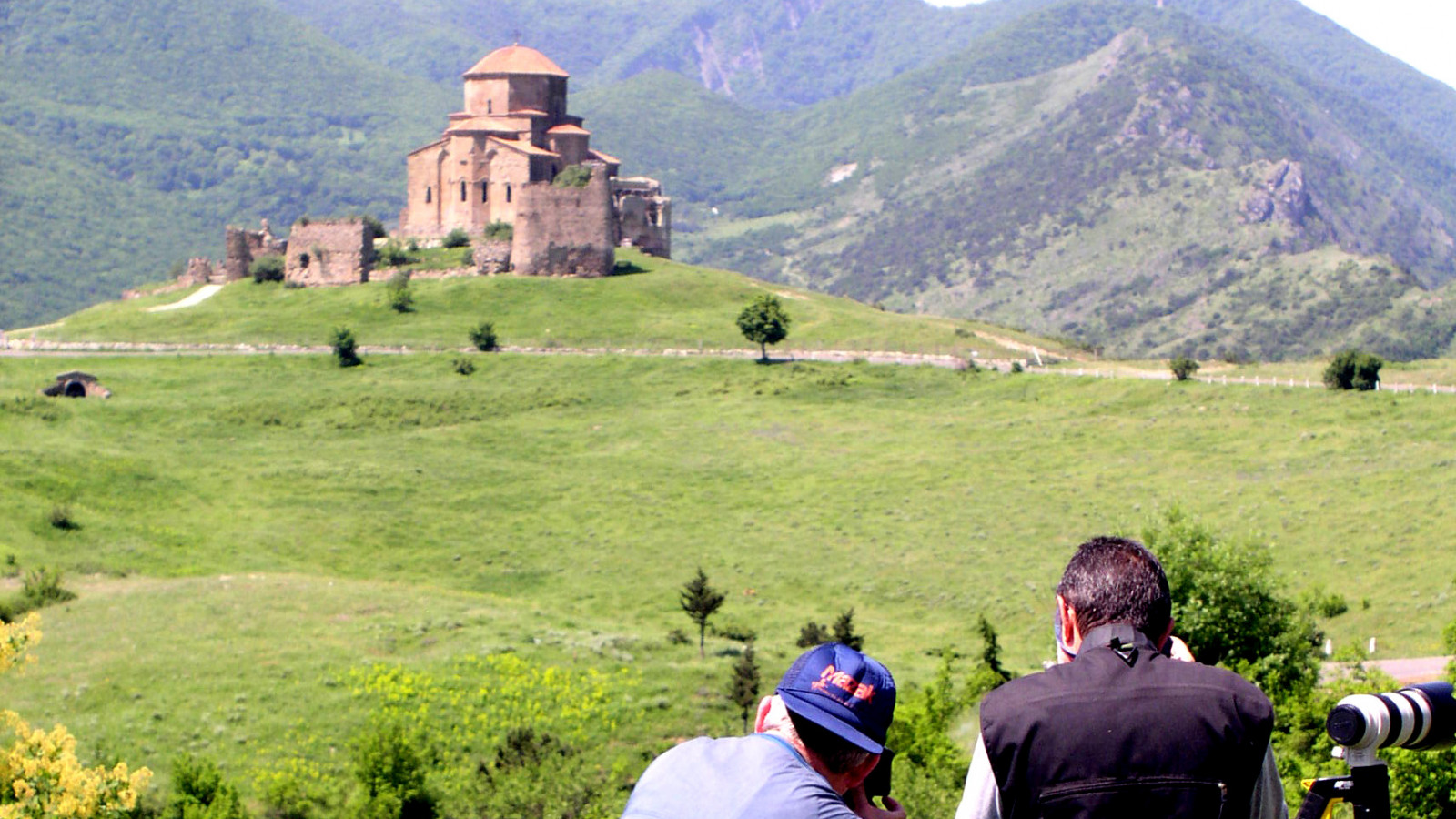 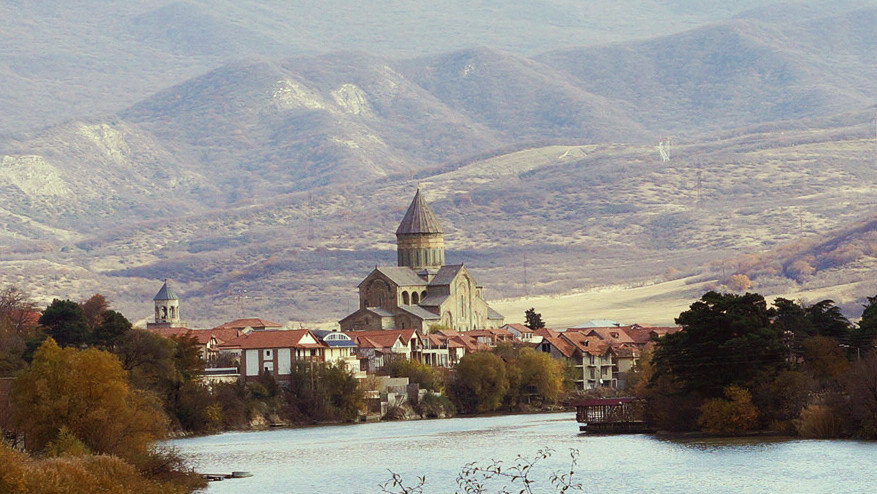 9:00 Pick up from Tbilisi hotel and depart for Mtskheta – the ancient capital of Eastern kingdom of Georgia. First stop is at the hill top of Jvari monastery, the prominent viewpoint and the early feudal era church of 6th c. Next stop for Mtskheta town, sightseeing and visit Svetitskhoveli Cathedral 11th c. – both sites are included in UNESCO world heritage list for the high artistic value and original architecture.

Continue to drive along the river Aragvi to Zhinvali reserve and Ananuri fortress 14-17th cc. The fort consists of fortification and residential buildings of Aragvi Dukes, who used to control the trade route and protected the country from the North. Ananuri church wall carving is real masterpiece of the medieval artistry.

Lunch is arranged on the way in Georgian traditional restaurant.

Drive along the Georgian Military highway to the ski resort Gudauri and Jvari Pass (2395m). The road is very attractive. Make several photo-stops: at observation platform raised on the edge of the cliff and overlooking a birthplace of roaring river Aragvi, near the highest point on the road marked by 19th c stone obelisk and Kazbegi Travertine Natural Monument.

Arrive in the townlet of Stepantsminda (former name Kazbegi), the centre of Khevi province and main town of Kazbegi municipality. Stepantsminda means St. Stephan and is located at 1700 m above sea level.

Dinner and overnight in Stepantsminda guesthouse.

After breakfast at the local guesthouse take a walk (approx. time 2.5 hours) to Gergeti Holy Trinity Church –an important altar of 14th century, located on the slope of Mount Kazbegi. The church facade preserves stone decorations depicting ancient rituals and beliefs.
If we are lucky with weather, we will see Mount Kazbegi (5047 m. above sea level). According to the legend Amirani – a cult hero and a prototype of Greek Prometheus, punished by Gods was chained on the mountain.
Walk back to Kazbegi town and have lunch at the local guesthouse.
Drive to Dariali gorge, an important crossing point of Caucasus range, which was fortified since 150 BC. Take a walk along the river to Gweleti waterfalls, easy upwards trekking (20-25 minutes) and enjoy the views of green valleys and picturesque landscapes.
Drive to Sno Valley and see the contemporary sculptures of Georgian writers and public figures by Merab Piranishvili.
In the evening return back to Tbilisi.

*Online booking deposit will be deducted from the total tour price. As for the remaining sum, you can pay it with one of the following methods:

For a larger group or custom itinerary please contact us at tours[at]georgianholidays.com

Cancellation is free of charge prior 5 days of the starting day.