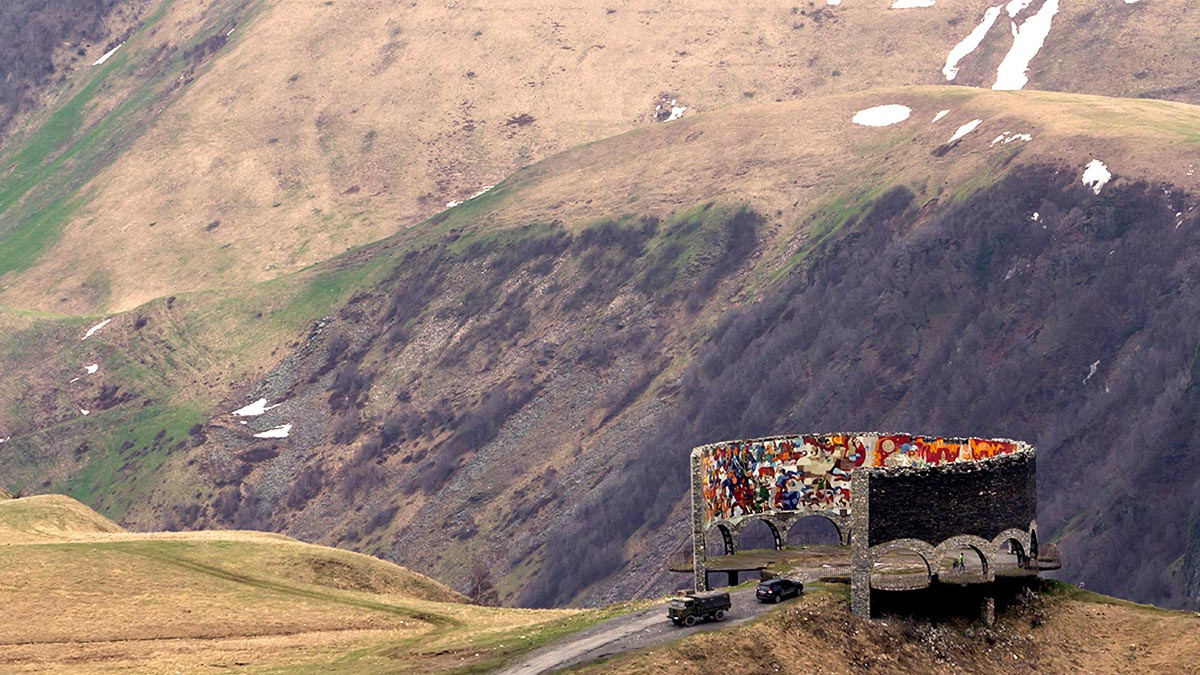 Road from Gudauri to Kazbegi 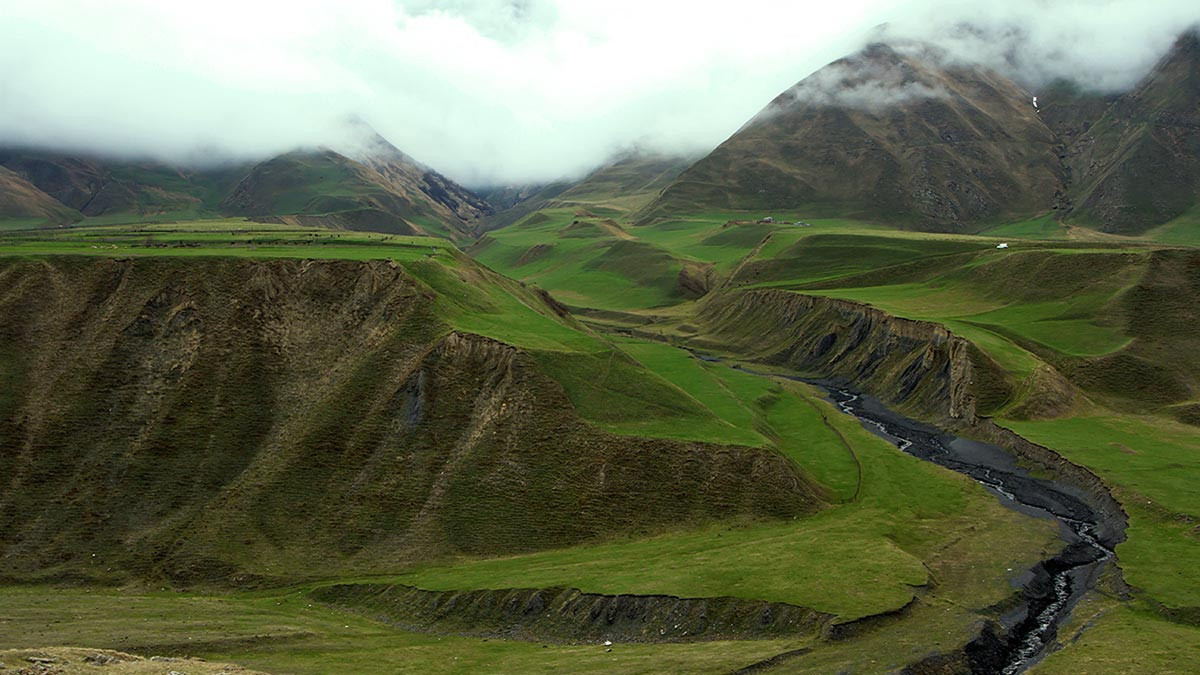 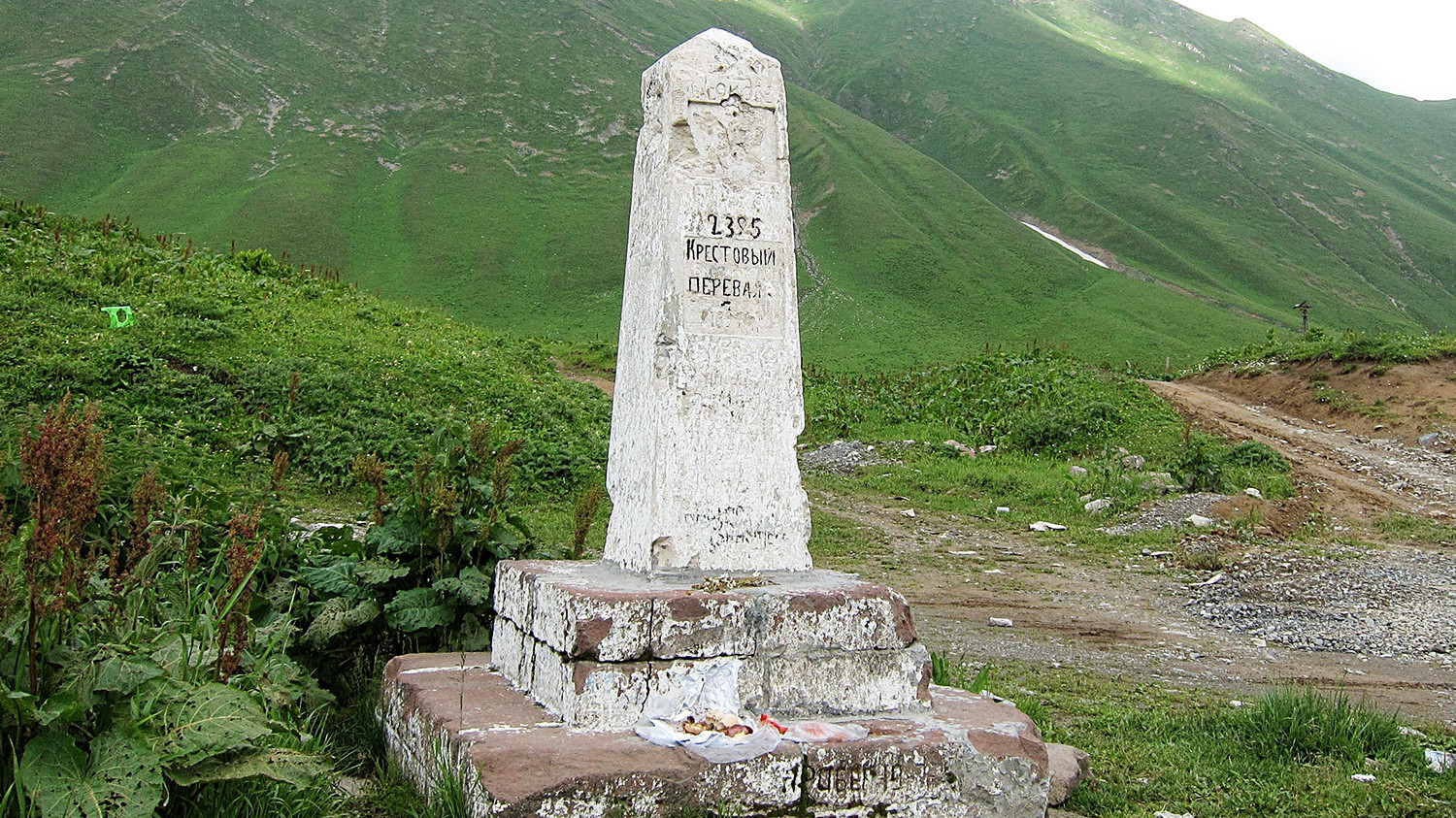 Obelisk on the Cross Pass 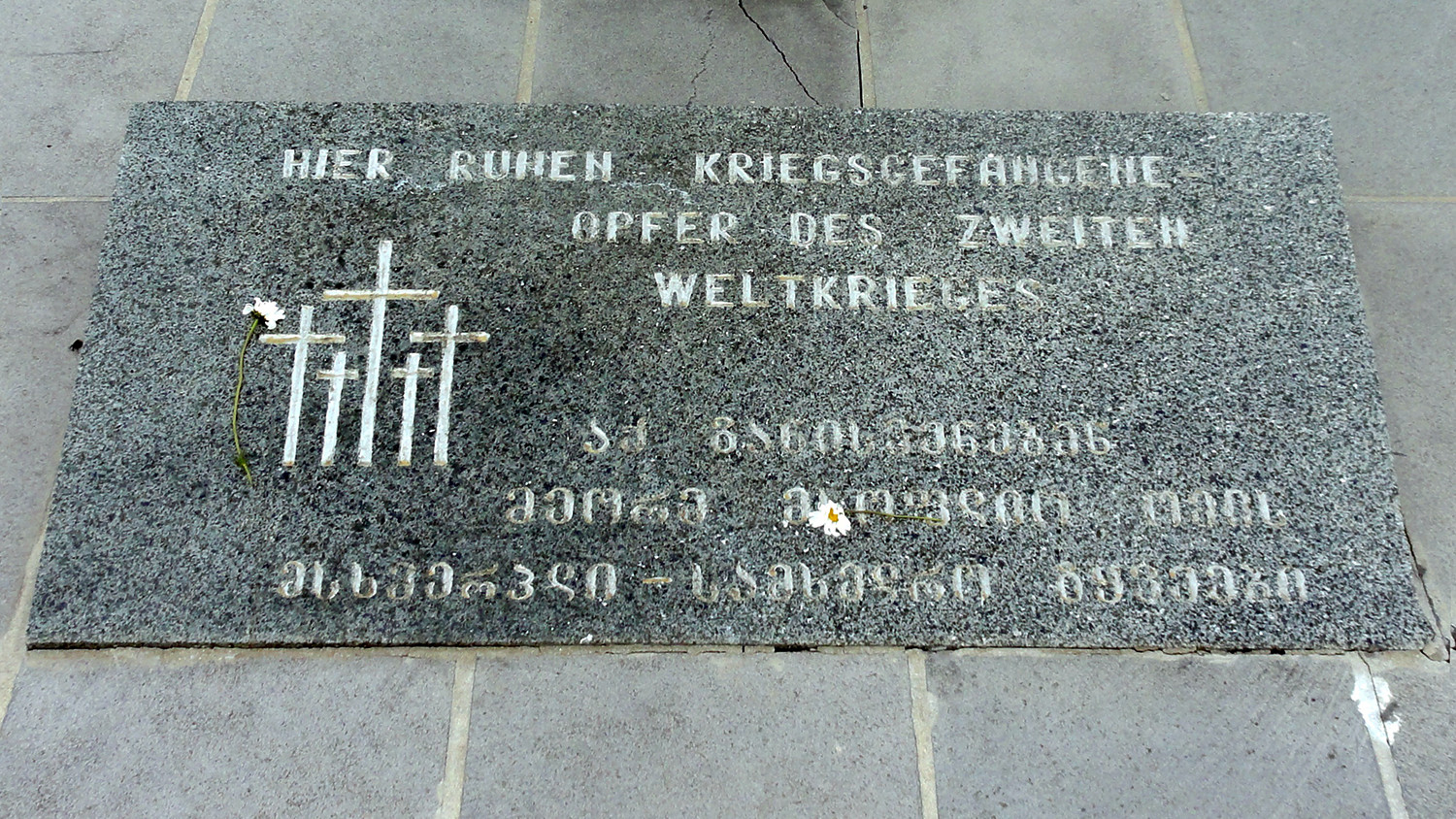 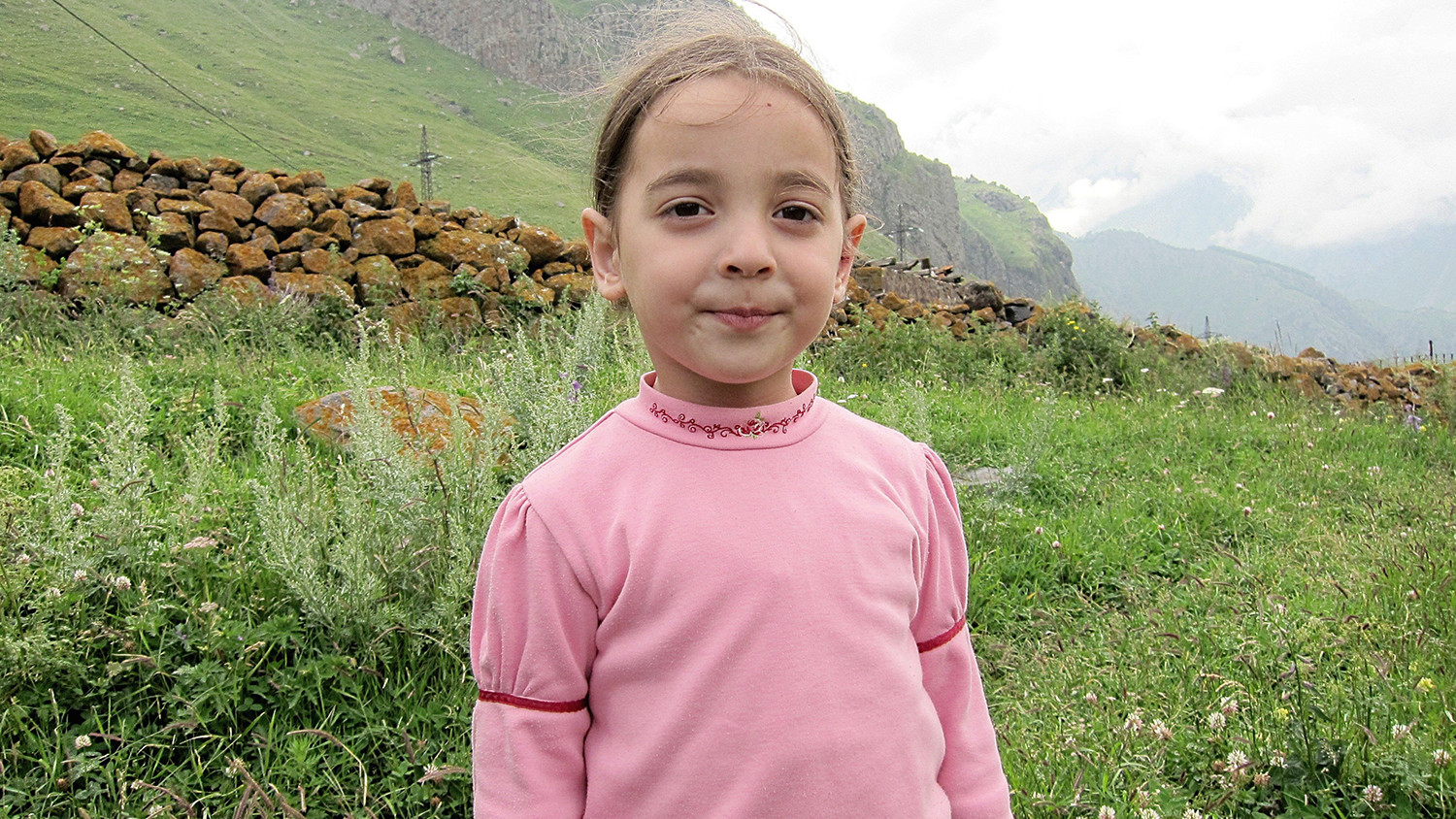 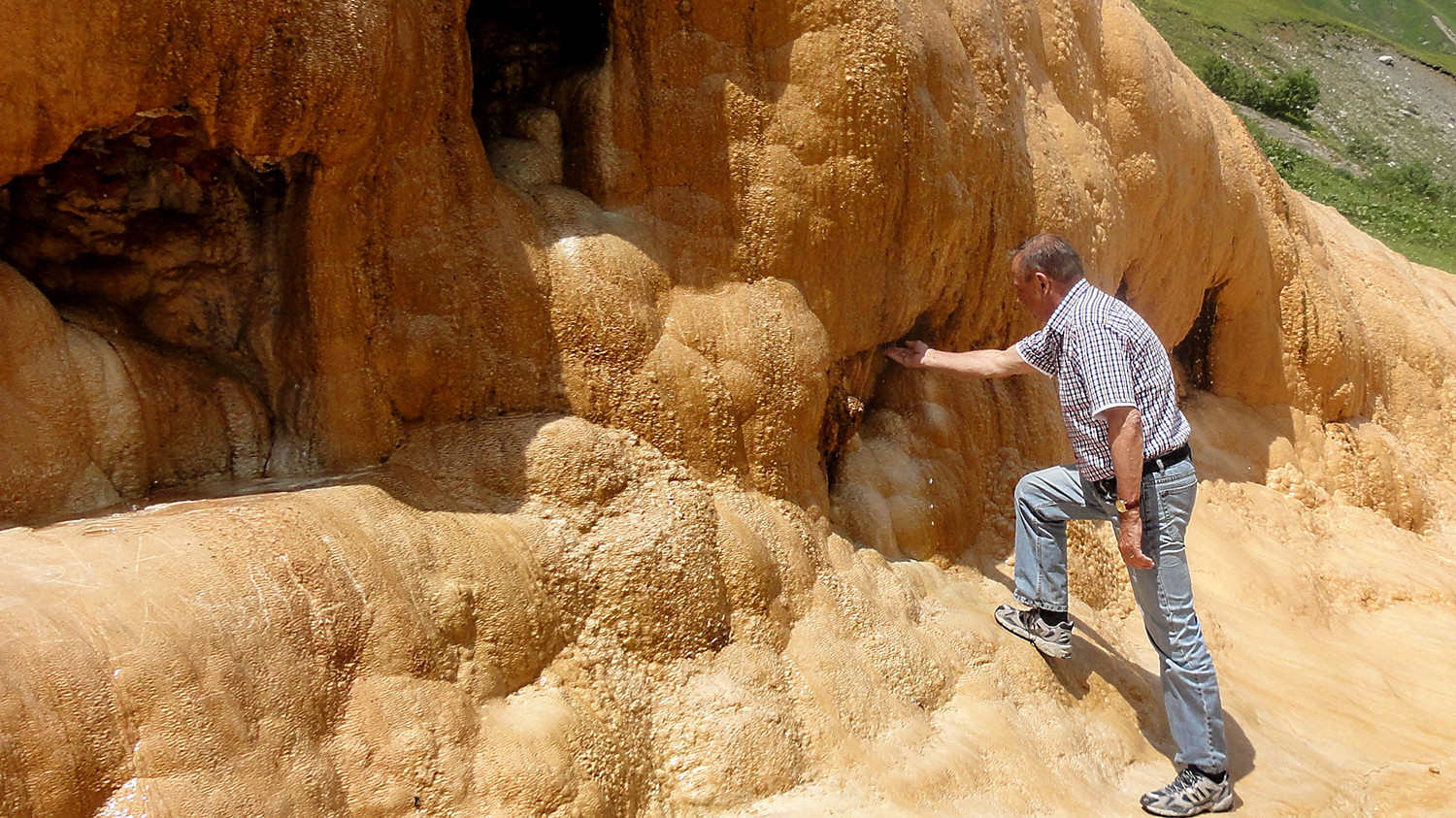 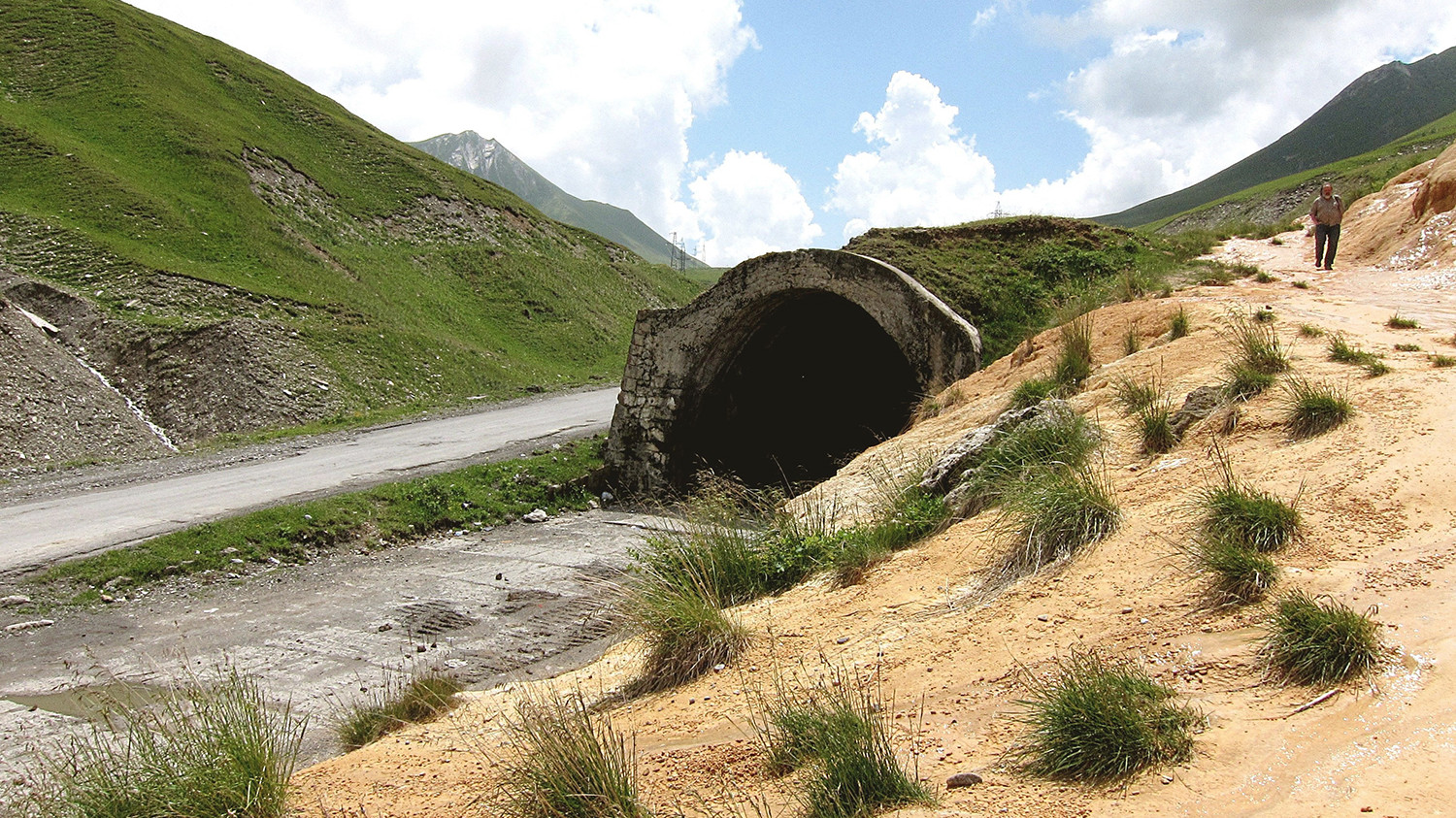 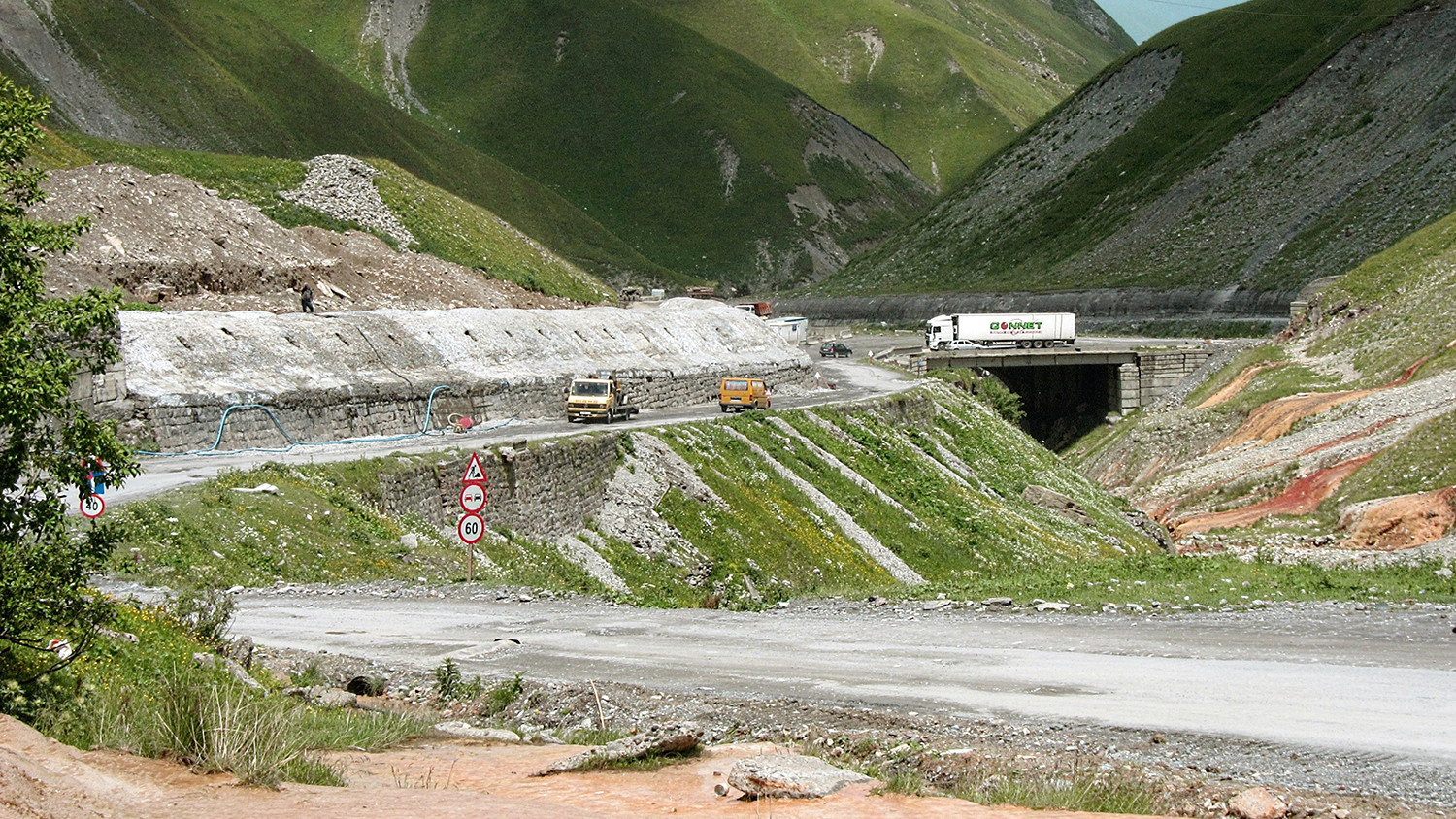 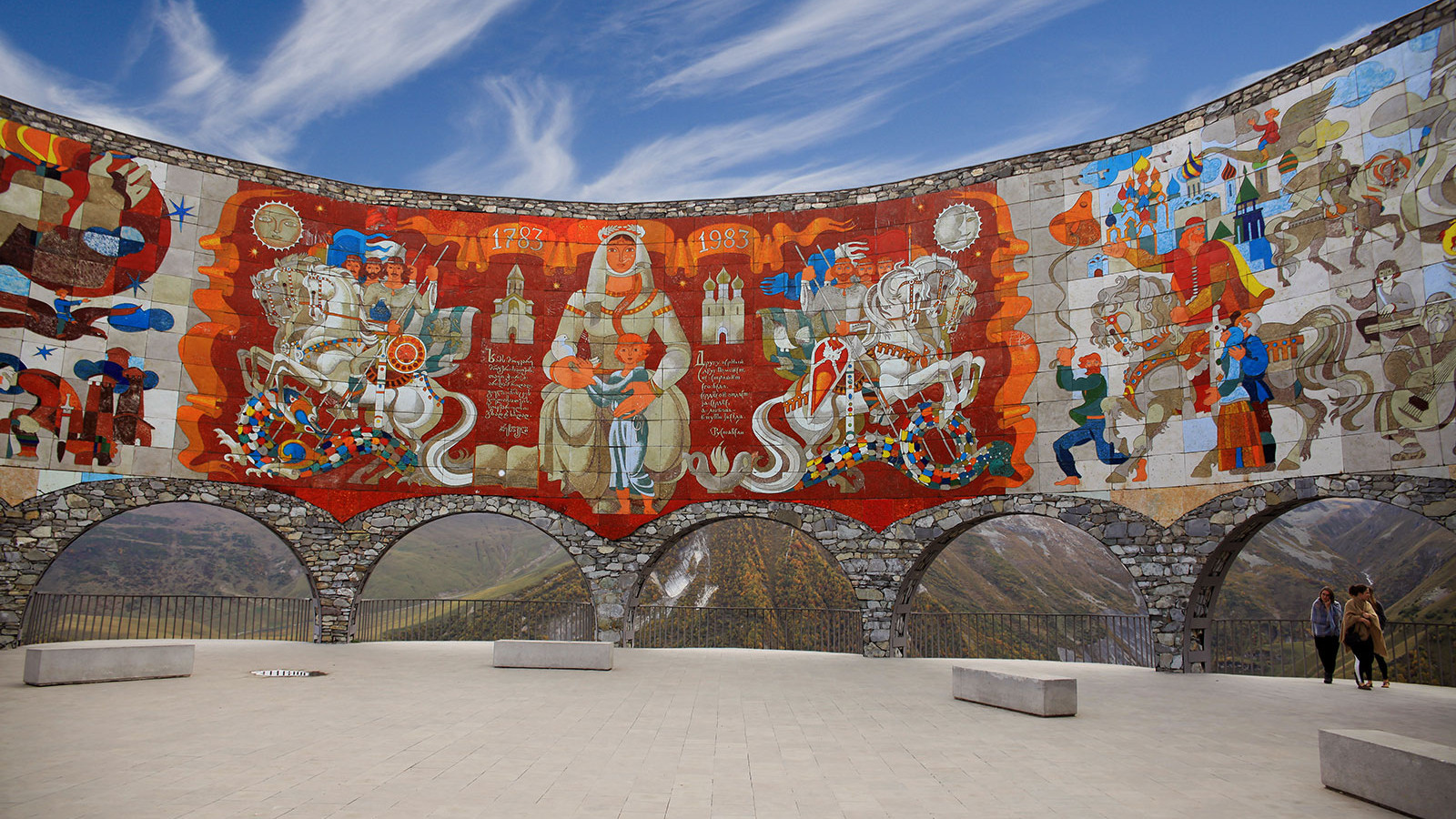 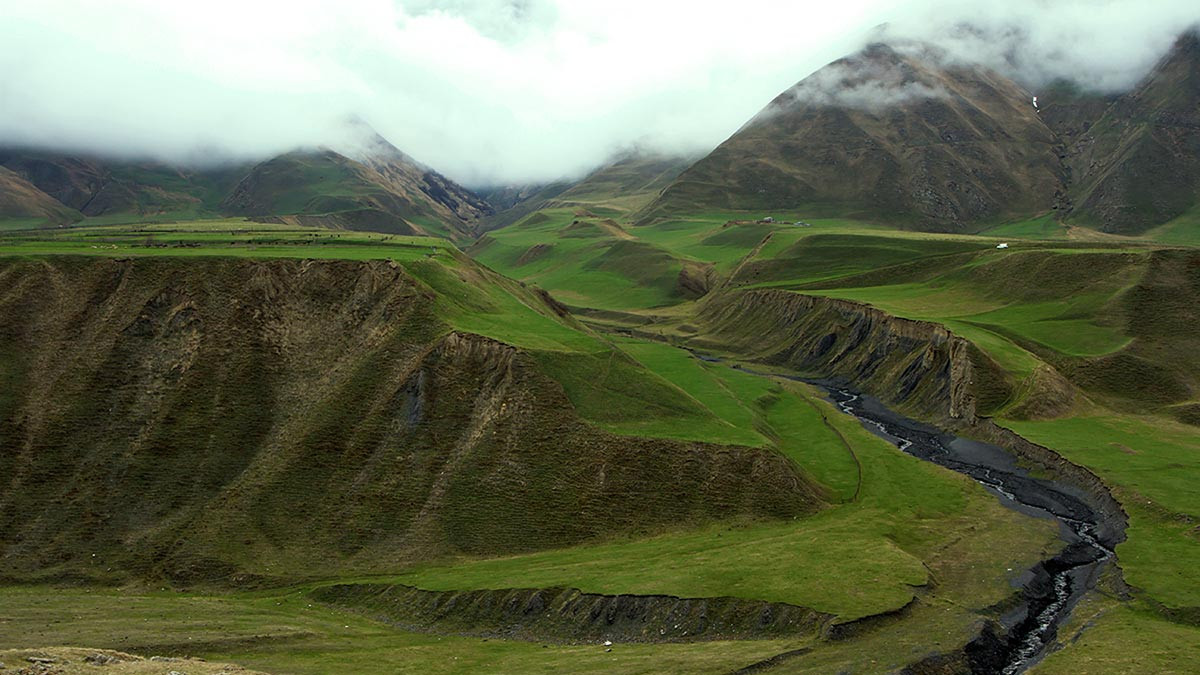 If you have ever traveled along the Georgian Military Highway to the Great Caucasus mountains, you would notice a lonely house standing at the edge of Gudauri ski resort. This 19th c Russian neoclassical building remarkable with its warm colors of tuff is the end of Ski resort and start to the Pass, leading towards Kazbegi municipality. From here up to another side of the mountain – to the Kobi village, the distance is only 15 km. The highest point on the way is 2395 m above sea level and 19th c obelisk is erected to show the altitude. The name Jvari Pass (in English - Cross Pass, in Russian - Krestovi Pereval), derives from the huge marble cross which used to point this watershed during the Russian Empire. That cross now is a little bit further from here as the road was moved later.

Riding the pass and covering this distance was a real challenge. For a second, we can imagine the year 1782, when Ambassadors of Kartl-Kakheti Kingdom traveled from Tbilisi to St. Petersburg to ask Catherin II, Russian Emperor for military support. They used to come this way and it took almost two years to reach the place.

This road once served for caravans and was called as Silk Road, connecting northern Caspian town Astrakhan to Tbilisi and Yerevan. But, after the Russian annexation in 1800, it became the main link connecting Caucasus countries to Russia. Development of trade and permanently moving troops needed better facilities. The road was renovated, widened and the name Georgian Military Road was granted because of its military purpose.

The tuff building mentioned above, was constructed not only for indicating the start of the pass, but it served as a small inn. Changing tired horses, giving simple accommodation for travelers, and providing shelter for animals were combined with post office service for more than a century. So, a travel station and post office network were created and similar multifunctional buildings were constructed in every 40 km along the main routes.

Another neoclassical building we can find near the Georgia-Russian border Larsi at the Dariali canyon monastery – just these two buildings survived! A short story by Russian poet Aleksandr Pushkin "The Station Master" may be chronicles of one of these post offices stationmaster and his beautiful runaway daughter.

Continue travel along the asphalted mountainous road. Now it takes about 25 minutes to cover the Pass. Avalanche is common in winter, but the galleries and tunnels have been constructed in 20 century to prevent the lockdown of the pass. In summer drivers avoid going inside these dark tunnels, but in winter season it is essential to use them. Road functions all year around.

After 4 km from Gudauri former post office, we reach observation platform raised on the edge of the cliff and overlooking Devil’s Valley, a birthplace of roaring river Aragvi. Stone and concrete platform constructed by Soviet architect Gogi Chakhava and artist-designer Nodar Malazonia in 1983, is decorated with colorful mosaic of 1217 tiles. In the middle of composition, we see a young mother with a child – she is associated with a Holy Mother (not traditional for Soviet art). From the both sides of her different scenes are depicted: two churches, warriors, folk-tales, happy Georgians and Russians winning the Tsar, crushing the swastika, flying the space and moving to the bright soviet future. The monument was dedicated to the 200- years anniversary of a treaty signed by Catherine II and Kartl-Kakheti King Erekle II – we mentioned the story of ambassadors travelling here and riding horses, remember? So, their mission came to the Treaty in Russian town Georgievsky in 1783. The main idea of monument was to glorify 1783-1983 anniversary of the Treaty, as the document of two nations' 200- years friendship.

Today the monument is considered as one of the remarkable artworks from Soviet heritage and is re-named as Peace Monument. It is a great place to stop and enjoy breathtaking panoramic views of mountains, waterfall and feel freshness of alpine air. Paragliding is available if weather permits. Free yourself and fly! You are in Great Caucasus Mountains!

Continue the way to the highest point of the pass marked by 19th c stone obelisk. Behind it there is a small cemetery of German prisoners buried after the World War II - “To guard the memory of the victims of war and violence, to work for peace among all nations and to guarantee dignity of men” – says the German War Graves Commission philosophy.

Few more meters and we go downwards on the other side of a pass. Tergi (Terek) river starts here collecting new streams and running towards Russia. Just few more kilometers on the serpentine and we reach pink mount of Kazbegi Travertine Natural Monument. Kobi village will appear soon. Pass ends at the beginning of Kobi and Trusso Valley and now we are in Kazbegi municipality.

During Winter everything is covered by snow. During the spring season to avoid avalanches, sometimes the driving hours are limited: from midday 12:00 until 17:00 Gudauri-Kobi section is closed. We recommend to start this day early or just wait until the evening.