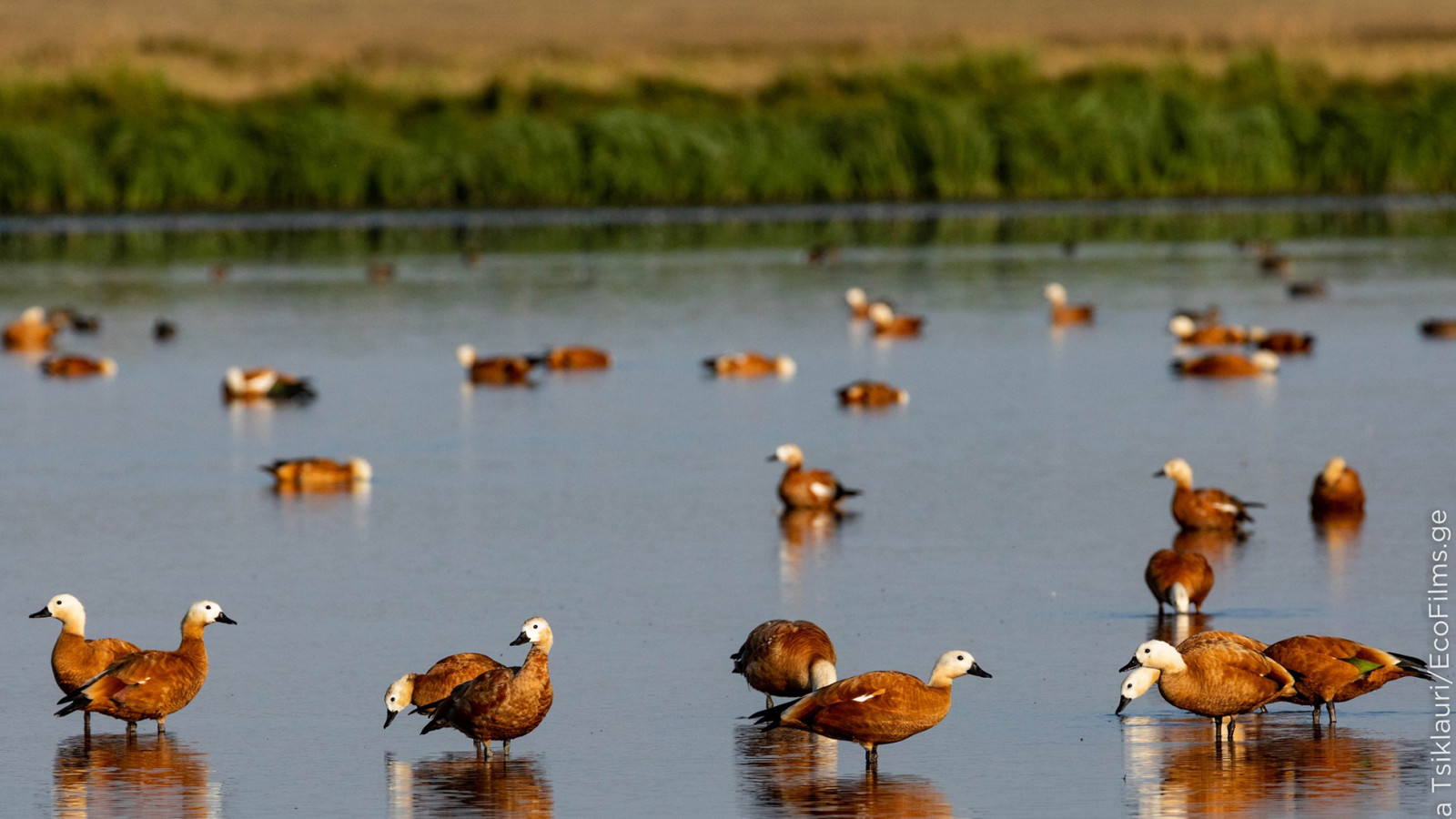 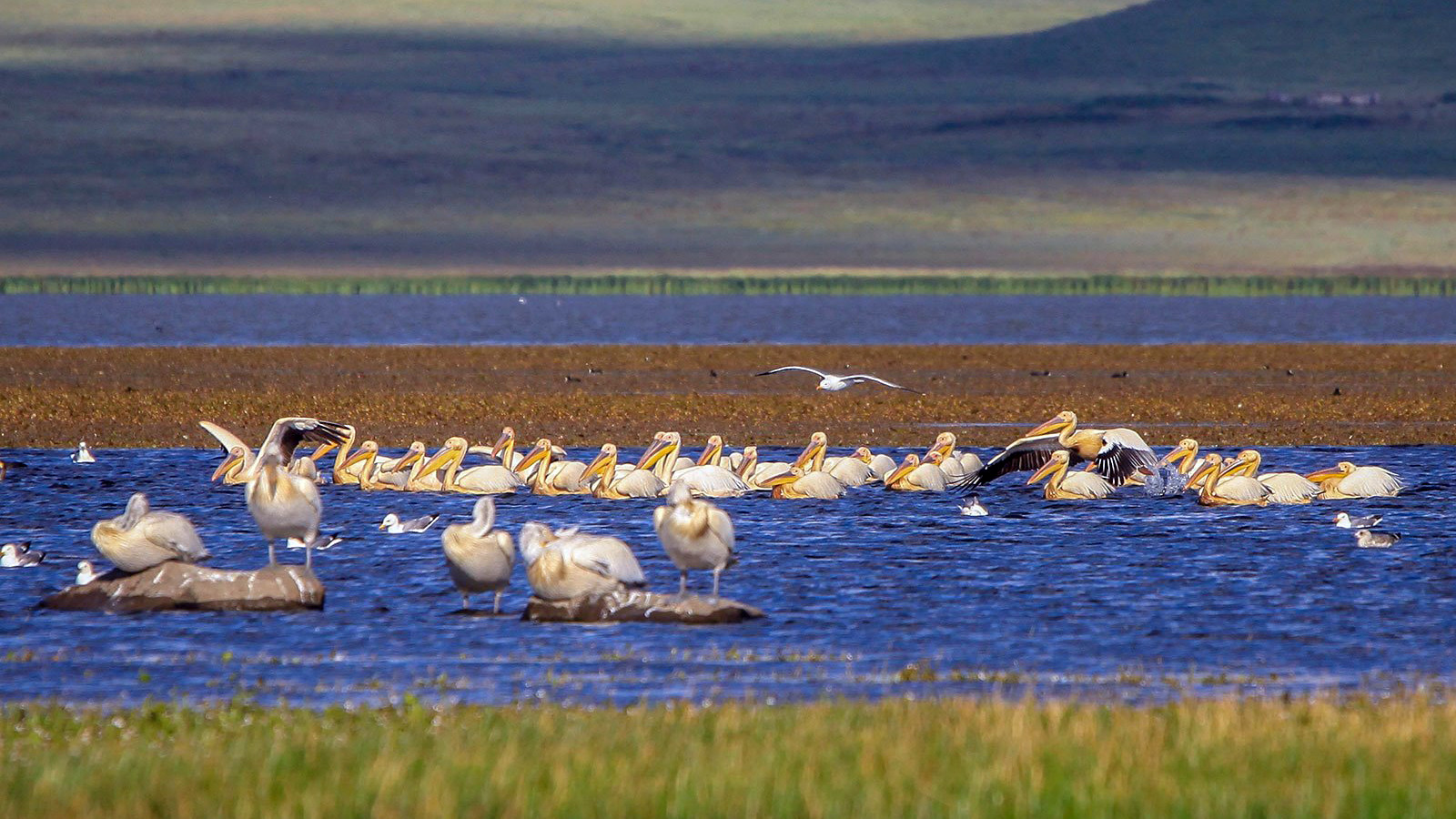 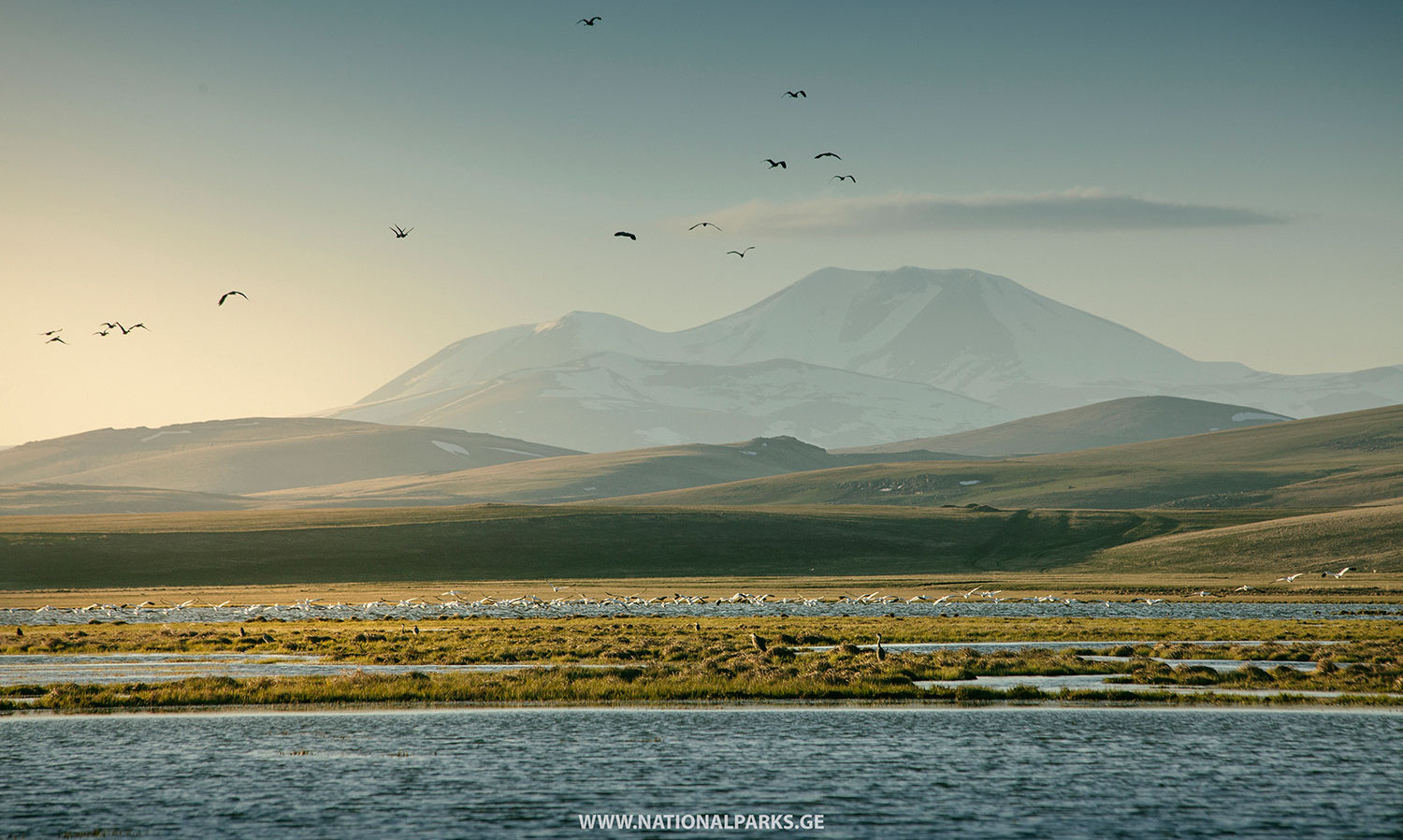 Artificial pinery as well as fragments of natural sub alpine forests are sparsely represented here. The biggest sub-alpine forest is in the area of Kartsakh Lake, on Georgia-Turkey border, consisting of Caucasian rowan, white birch-tree, bush of cornel, briar and raspberry bushes.

In the territory of Kartsakh Lake is the biggest natural sub-alpine forest, which consists of white birch-tree, Caucasian rowan, bush of cornel, briar and raspberry. In 2004 a representative of rose family, described in Georgian flora as Dasiphorafruticosa was discovered. This specie can’t be found anywhere else in Georgia.

Slopes of the mountains are covered with grasslands, rhododendron bush, volcanic boulders and orchids, such as Dactylorhiza and Orchis,.

The highest point of Javakheti is Mount Great Abuli, with a height of 3,300 meters above sea level. Javakheti upland is considered to be the coldest places among settlements, characterized by the dry continental climate, while the average annual temperature is quite low.

The Visitor Center project was successfully implemented by the Georgian National Museum (GNM) and officially opened at the Javakheti National Park on July 30, 2015. It is an educational center, that aims to inform the visitors about the uniqueness of the nature and raises awareness towards the ecological responsibility.

While visiting Javakheti region you can see following historic-cultural monuments:

Medieval Castle of Khertvisi – 25 km away from Akhalkalaki.

Shaori Cyclopean Fortress - a former settlement and fortress in Akhalkalaki municipality, near the village of Parvana.

Abuli Cyclopean Fortress – can be reached with any transport until village Abuli and the distance is 10 km, then 5 km on foot or on a horse. In winter you can use skiis to get there.

Kumurdo Monastery (10th c.) - Distance from Akhalkalaki to village Kumurdo is 10 km. The monastery is located in the centre of the village. There is a beautiful gorge near the edge of the village. If you follow the gorge to the south, after passing 7 km you will reach village Apnia. From Apnia, via the serpentine, you can reach Vardzia .

Samsar rock-cut Monastery (8-9th cc.) – the distance from Akhalkalaki to village Samsar is 22 km. It is advisable to drive a 4-wheeler car to get there.

Satkhe Cyclopean Fortress – if you go from Tbilisi to Akhalkalaki via Tsalka, arrive in Ninotsminda, near village Satkhe you will find Cyclope Fortress.

Toria Cyclopean Fortress – 12 km from Ninotsminda, above the village, you will find ruins of the fortress. Some walls still remain. There is a place of worship nearby.

To book the private jeep tour or trekking tour, please, contact us here