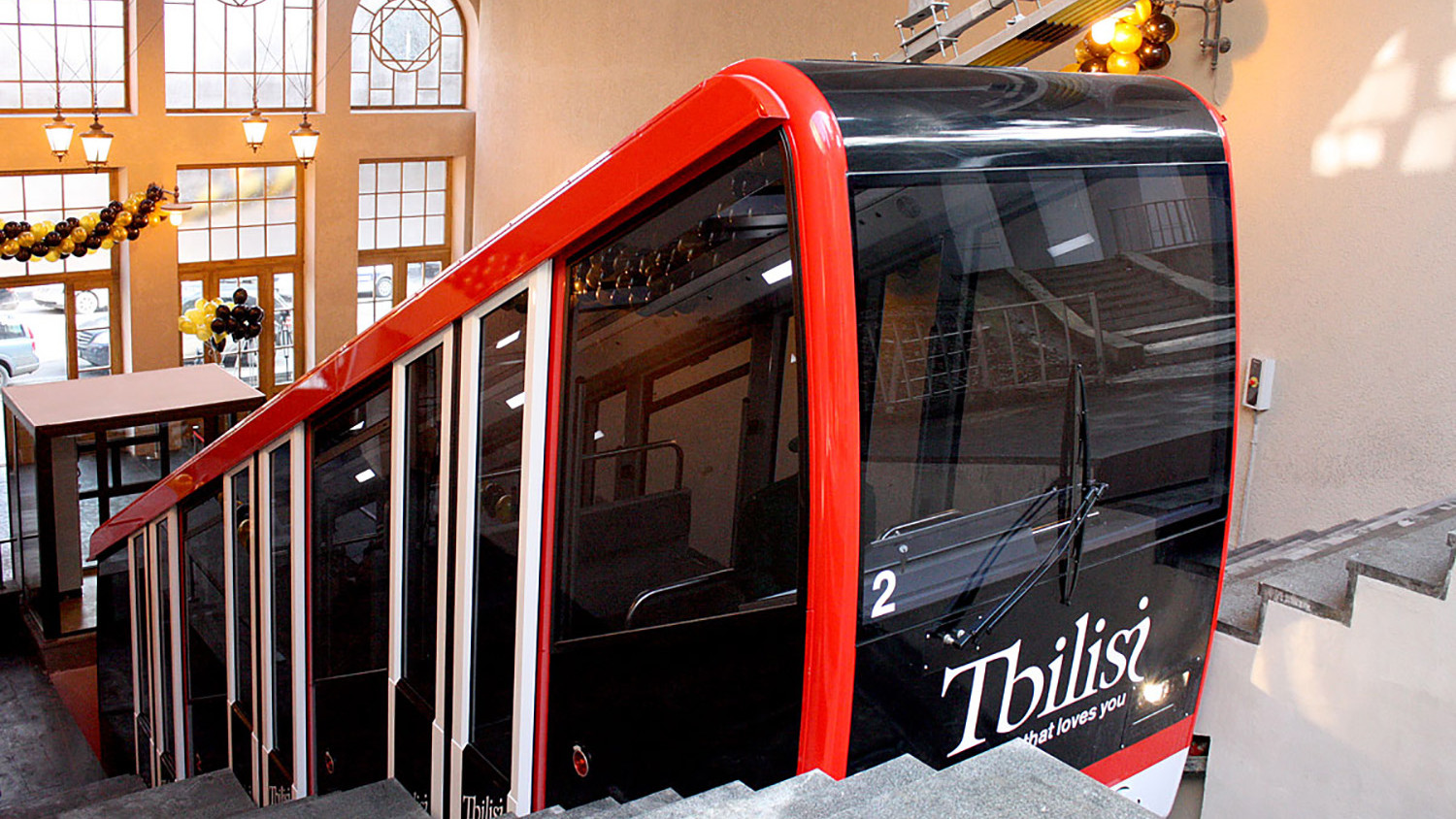 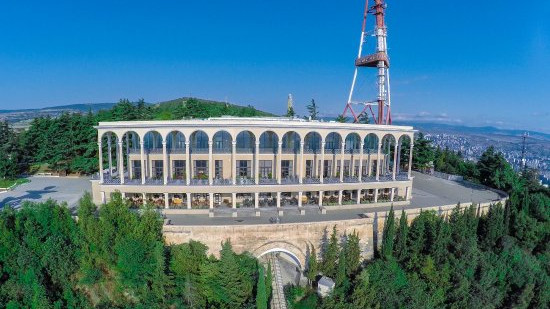 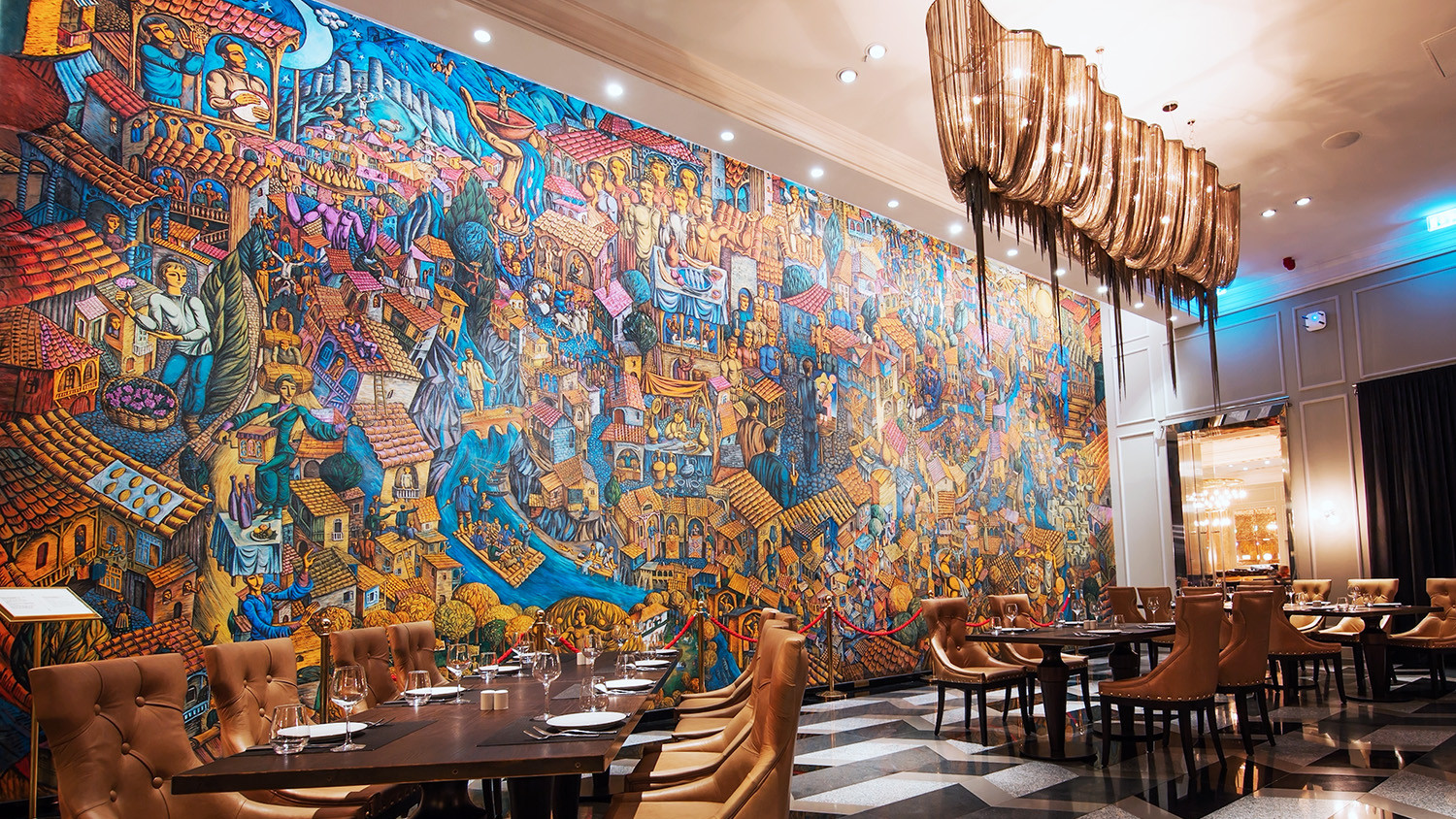 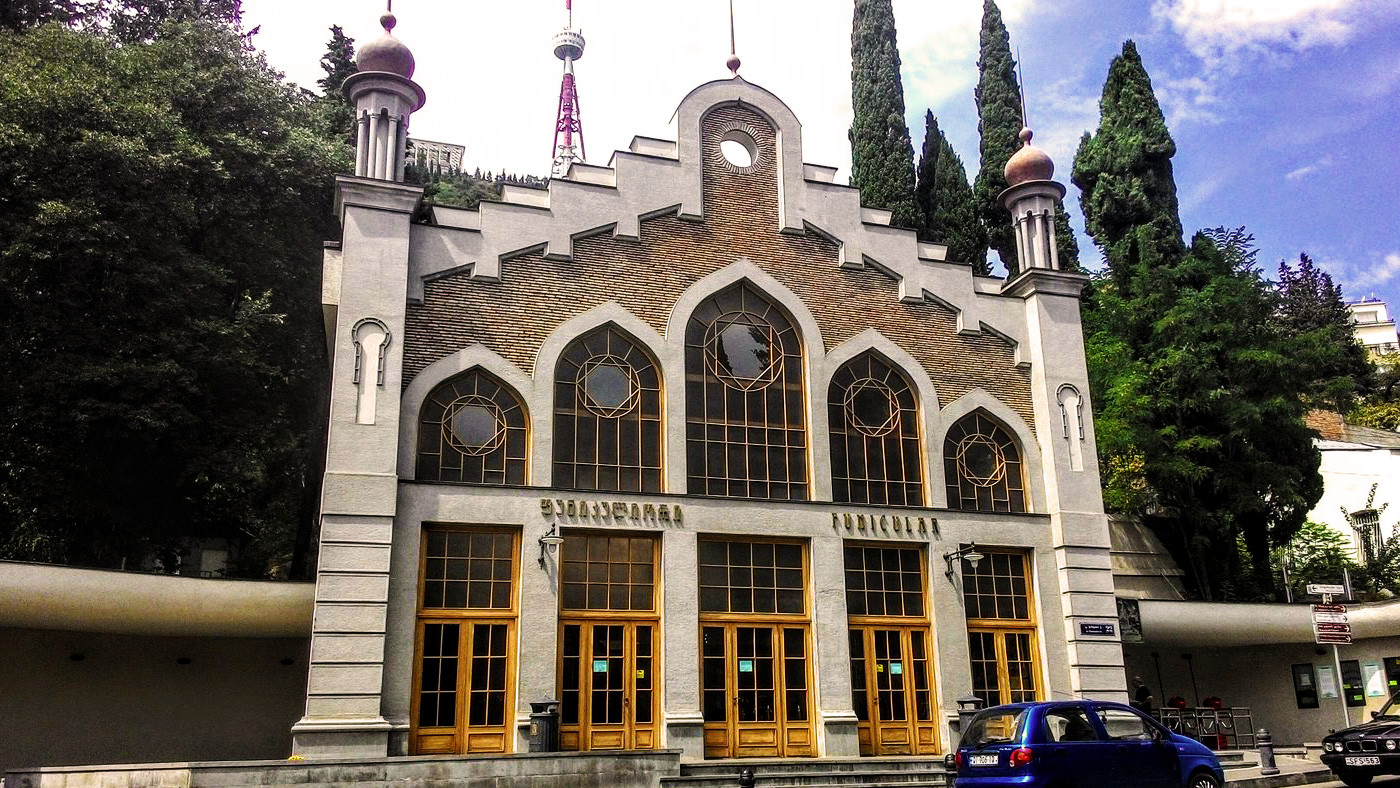 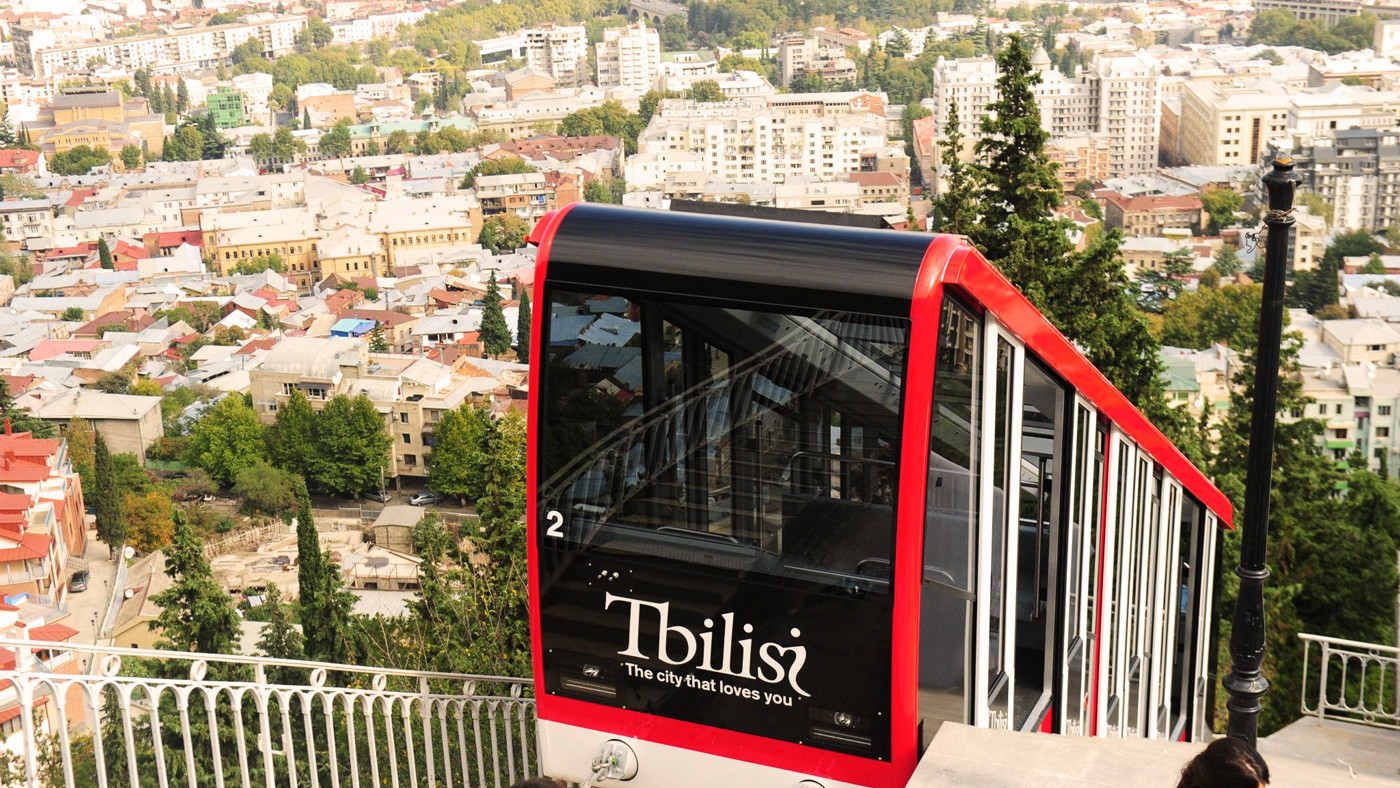 Tbilisi Funicular train stops on the middle level of Mtatsminda

Tbilisi Funicular lover station is located on Chonkadze street, 460 m above sea level. The elevation of the upper station is on 727 m. Just 5 minutes ride the tram and you feel this 267 m difference: fresh air, beautiful pine wood park and nice breeze.

At the beginning of the 20th century, there was an idea to develop the capital city to Upper Tbilisi project on top of the mountain Mtatsminda. But the issue was to connect Upper and Lower Tbilisi to each other. At the initiative of a Belgian engineer Alphonse Robbie, the Belgian company-an owner of Tbilisi railway network, came up with an idea to construct a cable railway, known as Funicular.

The construction project was compiled by the French engineer A. Blanche, the architecture was designed by Tbilisi local architect A. Shimkevich. The construction of the road was supervised by Belgian and Italian engineers I. Ragoler and A. Fontana-Rossi. Niko Nikoladze also made great contribution to the construction of the funicular. On his initiative reinforced concrete works for the overpass were completed in a short time. Truly international project, isn’t it?

Tbilisi Funicular was opened on 27th of March, 1905 but people were so frightened that it was necessary to pay them to sit into the carriage and take the first ride.

After Russian revolution 1917, the idea of Upper Tbilisi development wasn’t fulfilled. The Funicular became more popular in Soviet era, when an entertainment and leisure park was opened at the top of the Mtatsminda mountain in the 1930s.

The reconstruction of the upper station funicular was carried out in 1936-1938 (authors: Z. and N. Kurdiani, co-author A. Valabuev). This is the same building we see from the city. Currently, there are several good restaurants and a high-class restaurant Funicular inside the upper station building. Koka Ignatov's pano – Tbilisi - can be seen in the second-floor ball room.

Besides the upper station, there is also a middle station. One can see the Mtatsminda Pantheon of Writers and Public Figures near the station. The Pantheon is located in the yard of St. David’s Church Mamadaviti.

Today the length of the railway is 501 meters, 60 people can be accommodated in the carriage. The upper station is located at 727 meters above sea level. Angle of inclination of the rails - 28-33 °

To ride the funicular, one needs a plastic card which is possible to get at the ticket offices at the upper and lower stations. The card price is 2 GEL and it serves for amusement park attractions.

The price of the ticket One-way train: 6 GEL.