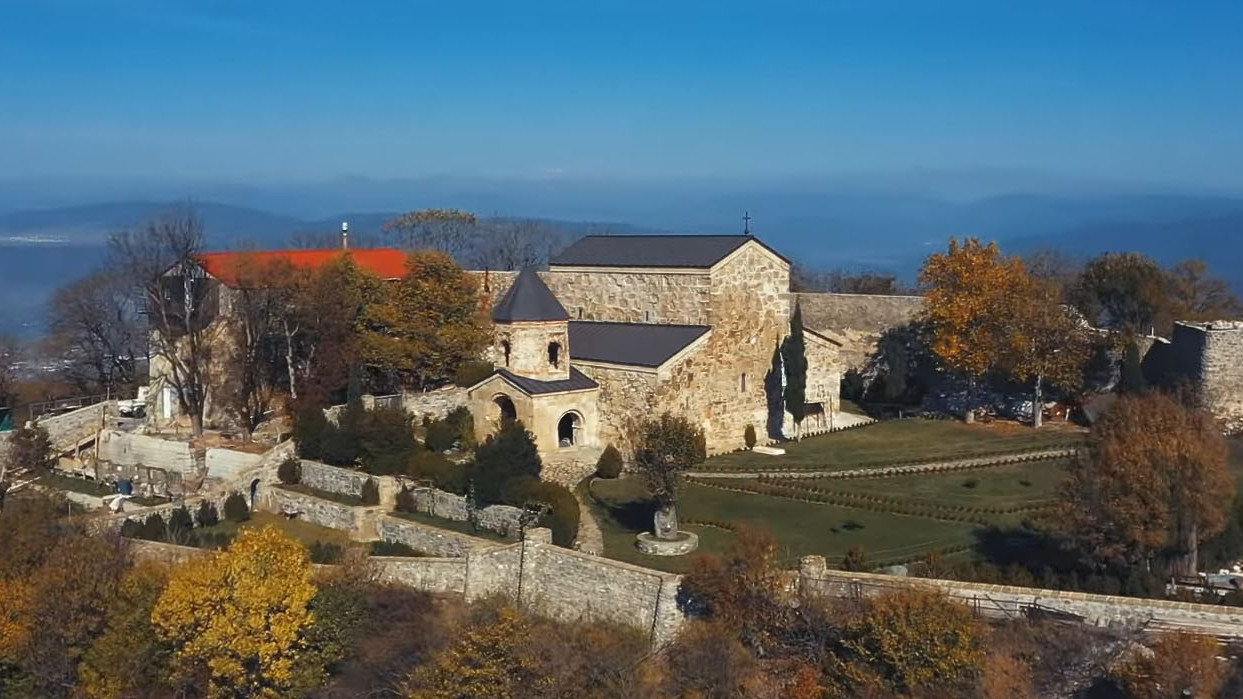 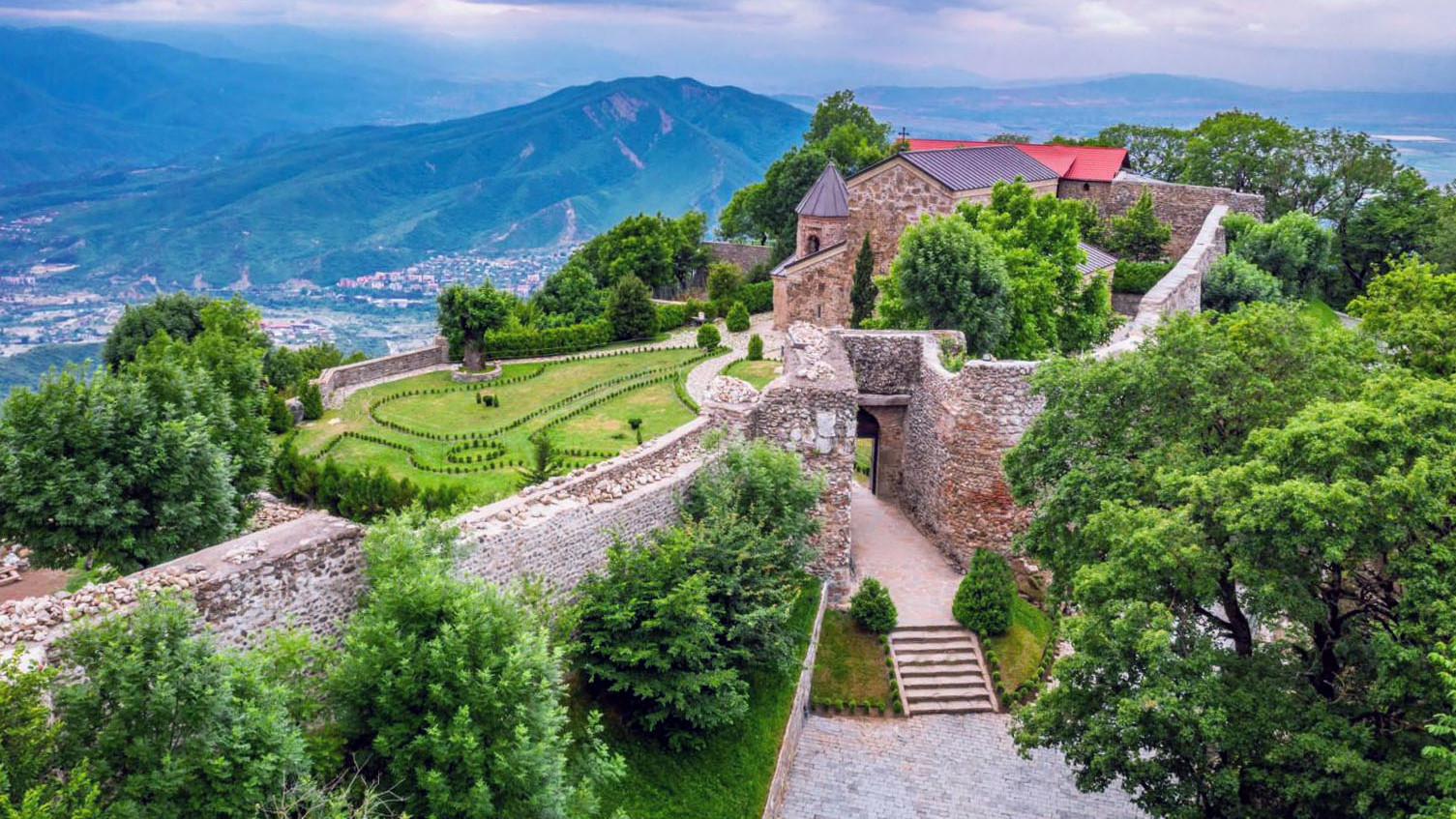 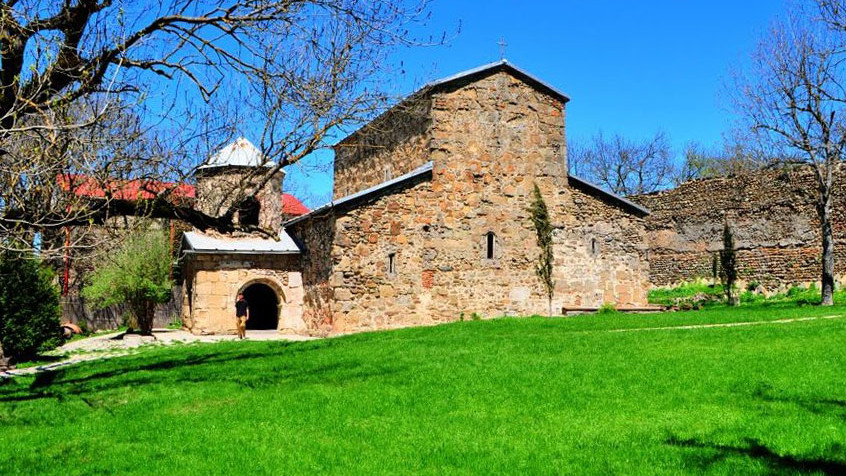 Zedazeni Monastery is one of the earliest monasteries of Georgia, founded in the 6th century by St. John – one of the Holy Assyrian Fathers who arrived in Kingdom of Iberia (early feudal Kingdom of Kartli) in order to spread and strengthen Eastern Christianity. Monastery is located in a forested area on top of Mount Zedazeni, Saguramo mountain range, in about 18 km from town Mtskheta, Mtskheta-Mtianeti Municipality.

Mount Zedazeni had crucial religious importance during the pre-Christian Kingdom of Iberia. Name Zedazeni comes from Zaden – a god from Georgian mythology (influenced by Persian paganism), whose idol was standing on the mountain. According to Georgian Christian tradition, John of Zedazeni founded monastery here after arriving in Iberia in 535.

Historical parts of the complex include: three-nave basilica, defensive wall and monastic cells.

Three-nave basilica of John the Baptist was constructed in Zedazeni in the 8th century, by the Catholicos Clementos. Church has two entrances, one of which was built later, in the 19th century. St. John of Zedazeni is buried here. Church has severely damaged fragments of frescoes and ornaments, dated to different periods of the middle ages.

Fortifications of Zedazeni is dated to the 17th century. Defensive curtain walls surround Zedazeni from three sides, and there is a stiff cliff from the fourth side.

Monastic cells of Zedazeni are cut in the steep slope of the mountain, and can be accessed by a narrow path from the other parts of the monastery. Cells are located in the south-eastern part of the complex.

The road goes up to the mount Zedazeni (1178 m), where visitors can witness beautiful panoramic views. Jvari Monastery, Tbilisi Reservoir and Aragvi gorge can be seen from the top of the mountain. Due to tough road conditions especially in the winter, 4x4WD/Crossover type of transport is recommended.