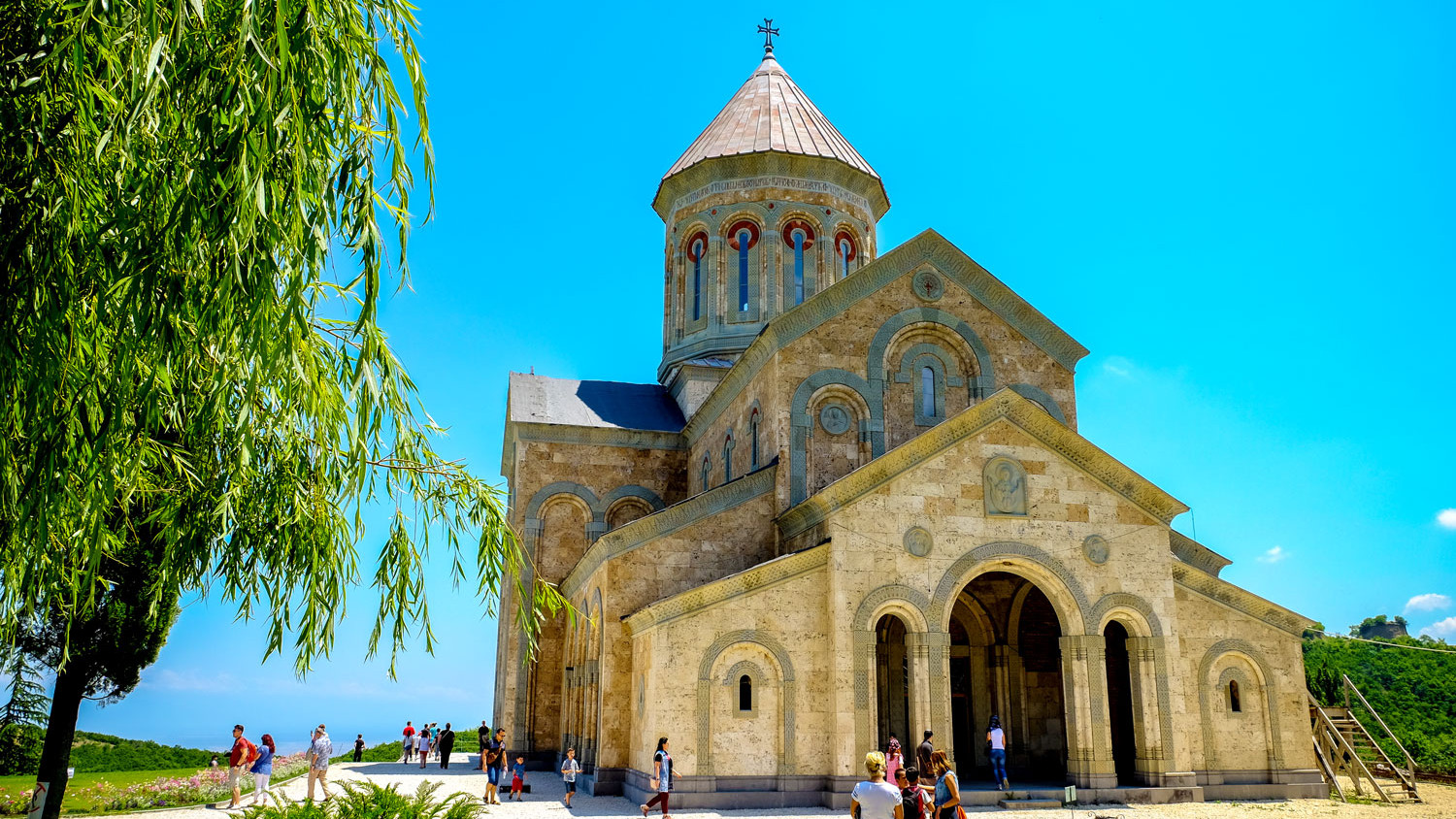 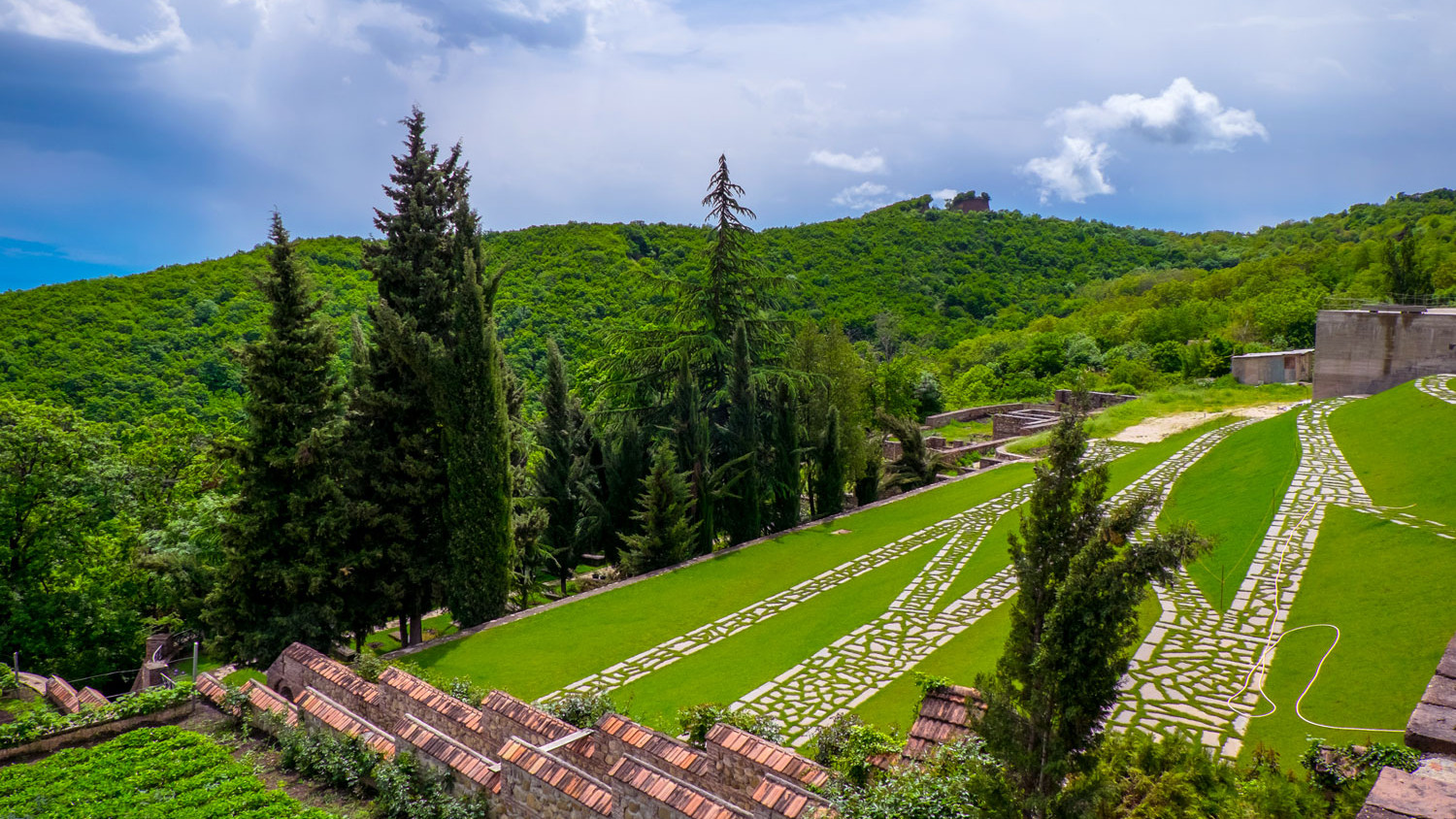 Monastic complex of St. Nino is located in Kakheti, next to the town Sighnaghi, on the slopes of the Gombori hills. According to Georgian Orthodox tradition, Saint Nino - 4th century female evangelist who Christianized Georgia settled in the Bodbe area after her mission, and died there.

Monastery was originally built in the 9th century. Site has been rebuilt and renovated numerous times throughout both medieval and modern periods. In 1889 nunnery was founded in Bodbe, a result of the visit of Tsar Alexander III of Russia. During Soviet era monastery functioned as a hospital. Since 1991, monastery started functioning again and was renovated several times.

Monastery is situated between the big cypress trees, overlooking the Alazani river valley from the hills of the Gombori mountains. Territory is surrounded by a wall, and the complex integrates a three-nave basilica and a three-storey bell tower located on the lower terrace, as well as other monastery buildings, situated on the upper terrace.

According to the local legend, St. Nino's spring emerged through her prayers, which is thought to have healing powers. Bodbe is a popular pilgrimage site among the Orthodox Christians.