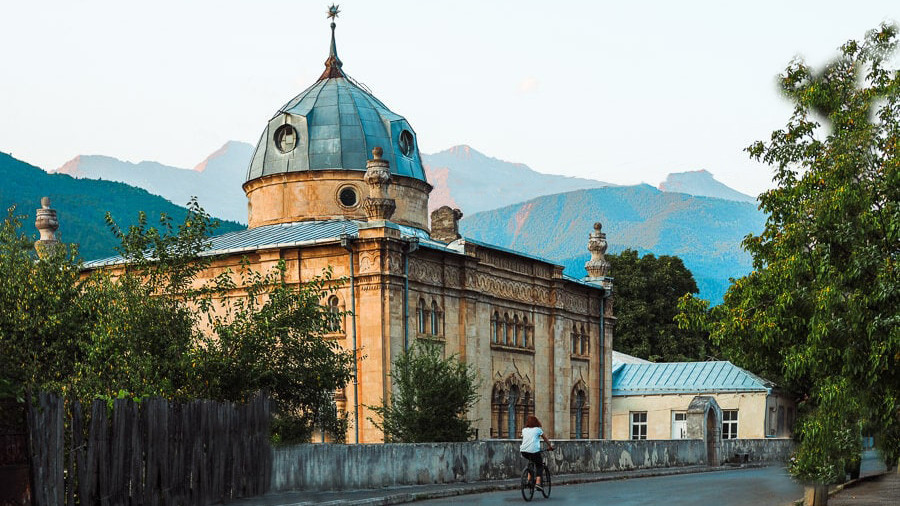 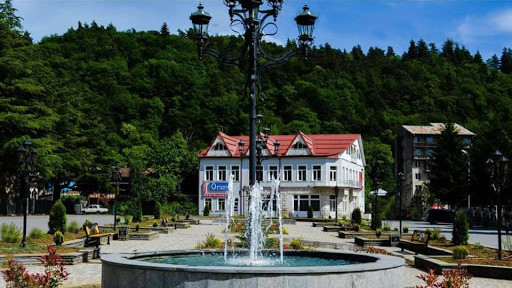 Oni is situated at the crossroads of Kartli (central Georgia), Imereti (western Georgia) and Lower Racha, between the left bank of Rioni river and hills to the East, 830 m above sea level. Total area encompasses about 1712 km². The population estimate for the town as of the 2014 is 2,656.

Archeological evidence reveals that the earliest traces of inhabitants in modern-day Oni date back to the Bronze Age. The town is said to be founded by King Pharnajom of Iberia in the 2nd century BC, yet the first records about Oni appear in the 15th century. During the Soviet Period Oni and surrounding villages united into Oni district, which is currently administered as a part of Racha-Lechkhumi and Lower Svaneti region.

Despite being a small town, people often halt here before heading to the neighboring cities to have a quick snack and see the places that are definitely worth a visit:

Oni Museum of Local Lore – the building dates back to 1948. As a museum it was officially opened on October 12, 1952. The complex integrates a two-floored museum, a library, a conference hall and a storeroom. More than 14, 000 exhibits of significant cultural heritage value are preserved here, such as: archaeological material covering the period from the stone age up to the late feudal era, numismatic, ethnographic and arts samples, ancient printed books, historical documents, manuscripts, photos, reliefs of churches, more than fifty lapidary stones with inscriptions and various minor collections.

The museum is open from 10 am Tuesday to Sunday (closed on Mondays). Admission fee is 5 GEL per person.

Oni Synagogue - the eclectic-style building was built in 1895. It is the third largest and the oldest functioning synagogue in Georgia, distinguished by its elegant façade, massive columns, impressive relief ornaments and tent-like dome with an eight-pointed star. A large number of rare and important artifacts are kept here. According to the keeper of the synagogue Suliko Shimshilashvili-the sanctuary was built by masters from Greece, and the construction white stone was brought from Kutaisi on carts.

In the 80-ies about 3000 Jews inhabited in Oni. At the present time only 10 Jews are left in the town. Due to massive decline of Jewish population, no more services are held in the synagogue.