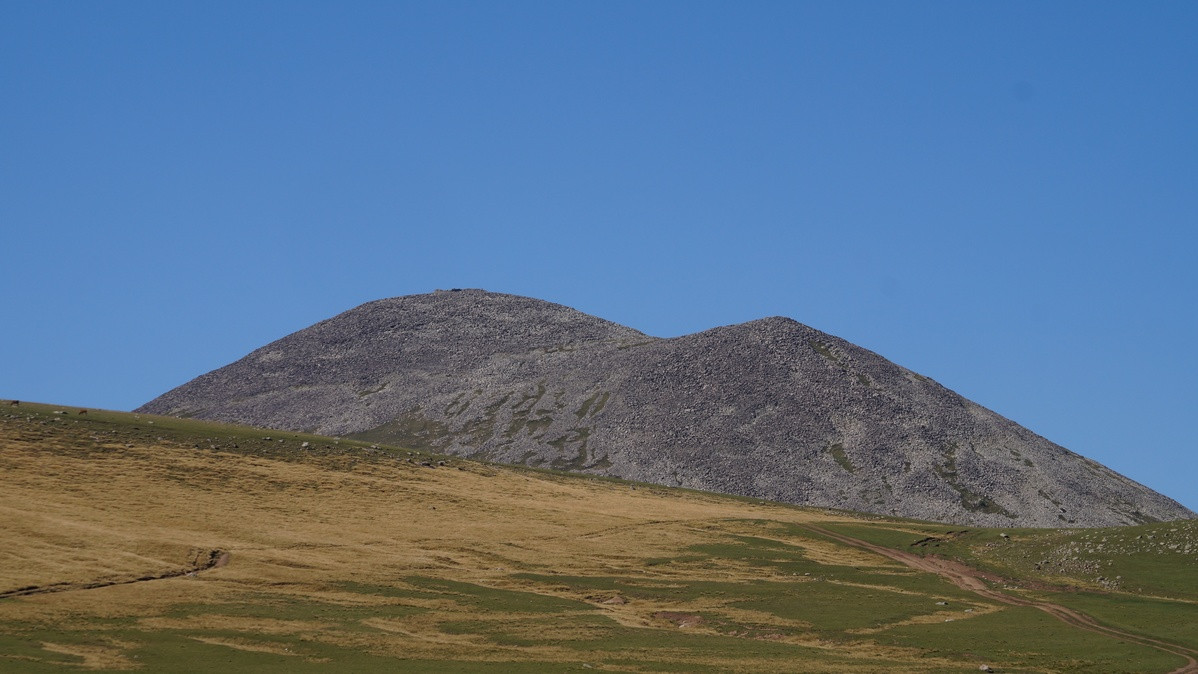 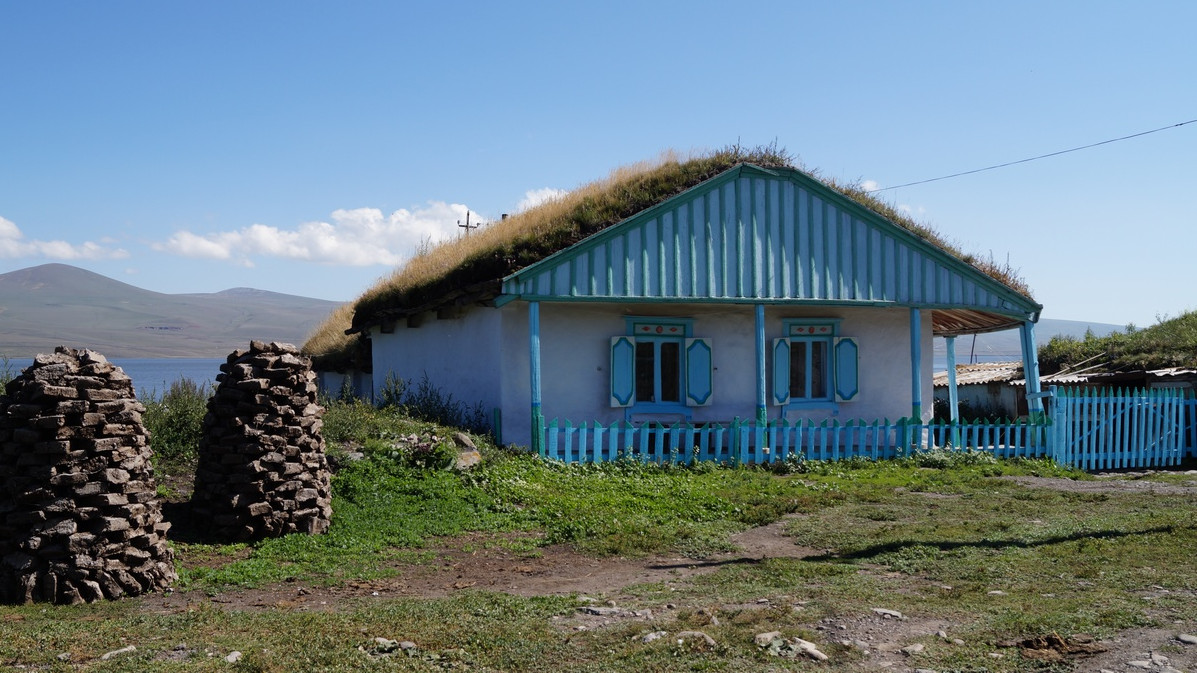 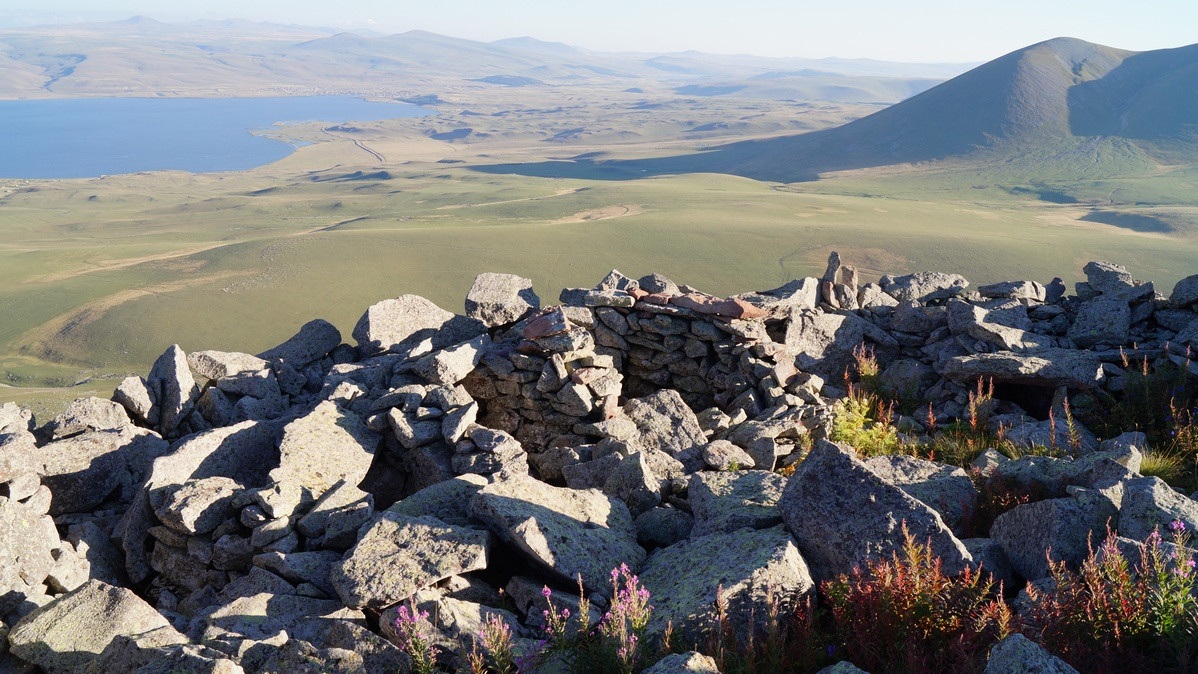 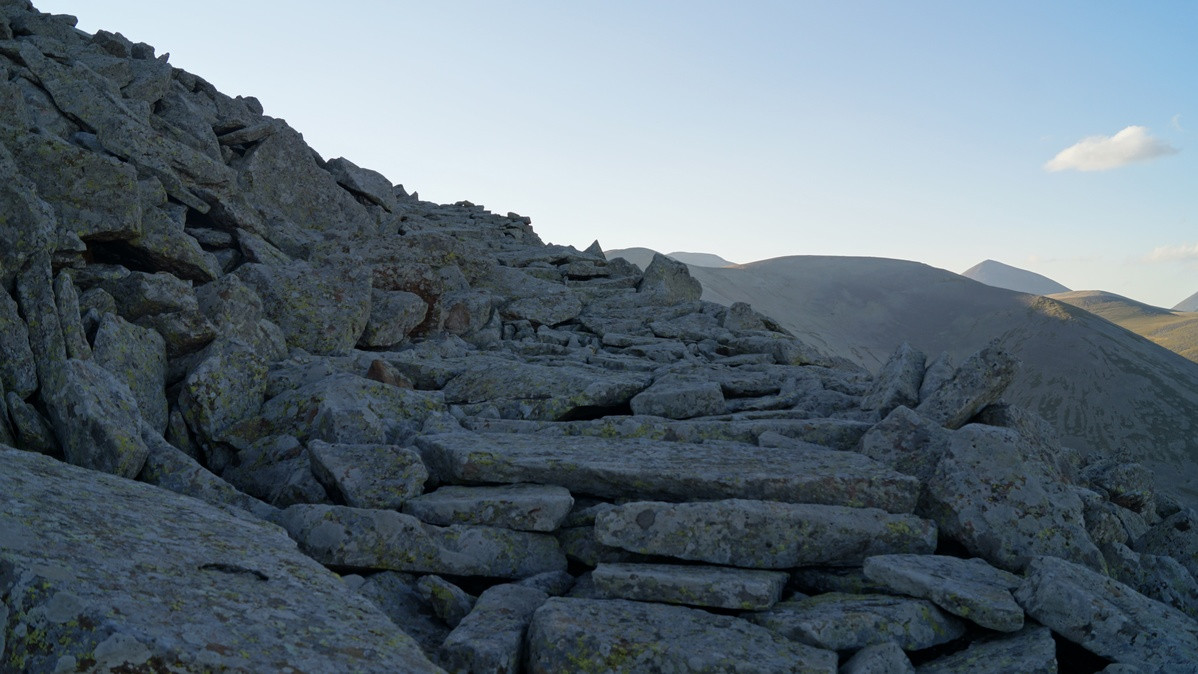 View from the top of Shaori Fortress 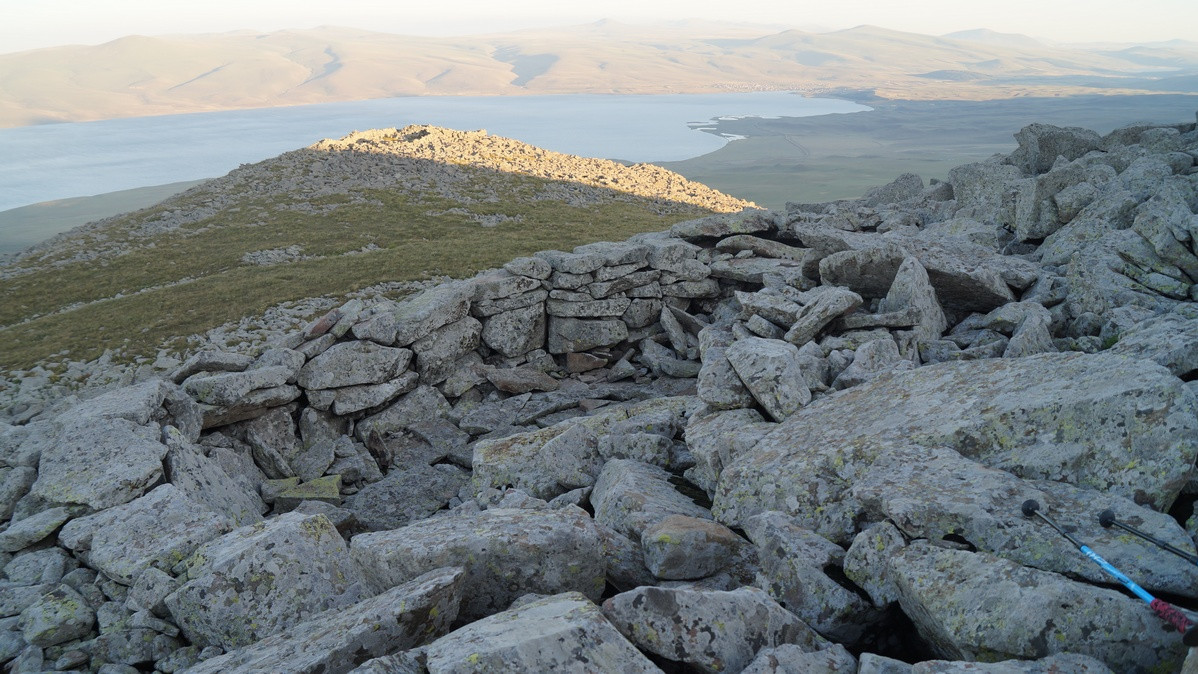 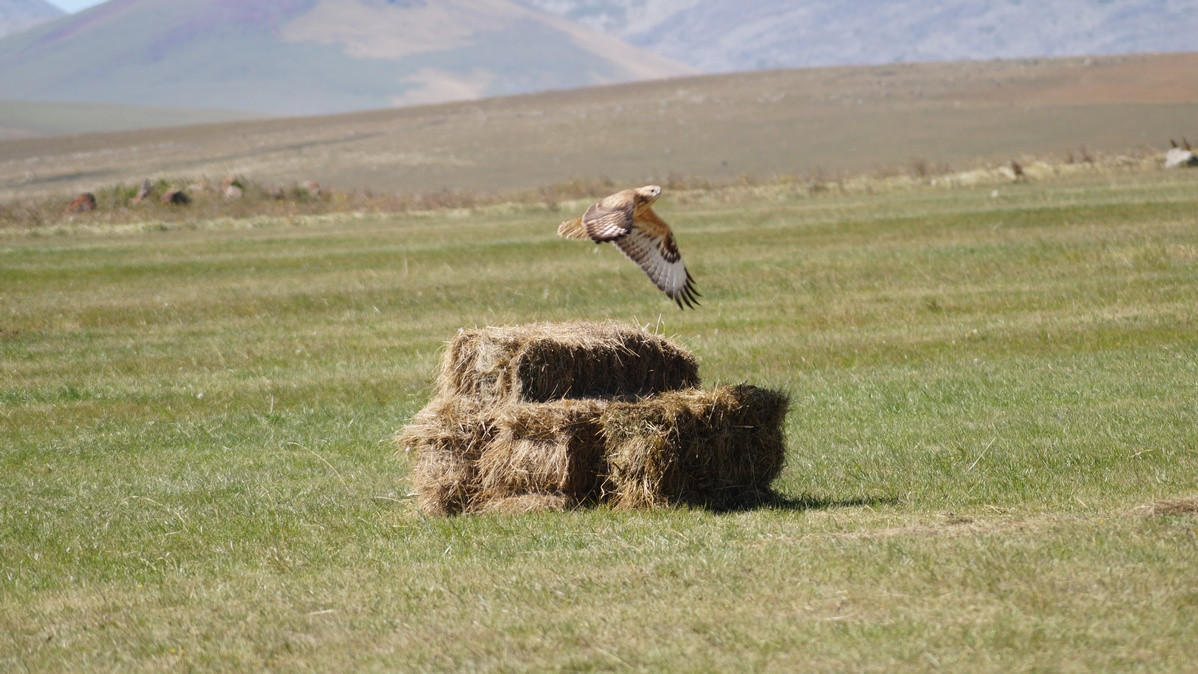 ONE DAY TRIP WITH HIKE TO SHAORI FORTRESS

Shaori Fortress, sometimes referred to as “Georgian Stonehenge”, represents mysterious bronze Age megalithic structure in Georgia's southern region Samtskhe-Javakheti. Situated on top of the rocky mount, at an altitude of 2752 m, above sea level, the fort overlooks Paravani Lake and offers great views of surrounding area. The hike is Easy grade, although the path, that is sometimes barely visible, lies on rocky terrain that makes it a bit tricky for inexperienced hikers.

Drive to southern part of Georgia, pass Tskneti and continue to Tsalka - the largest settlement and municipality center of Kvemo Kartli region.

Soon after leaving Tbilisi, make a short stop at the viewpoint called “Sidedris Ena” (Eng: “Tongue of Mother in Law”), which was featured in Hollywood movie about Russo-Georgian war in 2008 called - 5 Days of War, starring among others: Rupert Friend, Andy Garcia and Val Kilmer.

Next stop is in village Tambovka, located at the shores of Paravani Lake, the largest alpine lake in Georgia. This village was founded by Russian Doukhobors (Christian religious group). Few of them still live there, despite harsh climatic conditions. Their settlements are characterized by unique architecture. Even though, most of the houses are in ruins, there are several examples of traditional Doukhobor houses, with green roofing and fancy facades.

After visiting the village, continue west towards the mountains, where the hike begins. The trail here is not marked, it is recommended to always follow your guide, as the “path” is barely noticeable and lies on the rocky terrain with unstable rocks. The upper section of the trail hides a big surprise for the visitors – ancient “street” that is made out of finely laid flat rocks, which must have been constructed several thousand years ago. This final and most pleasant to walk section, leads you to the main highlight of the journey – Shaori megalithic fort, located on top of the mountain.

Until today, it is not certain what was the purpose of this construction, some scholars say it was used for Astronomic observations while others are more inclined to its sacral origin and proclaim it as an ancient pagan temple. Whatever it is, one can definitely feel its mysterious atmosphere.

After reaching the top and having a picnic lunch at the fortress, slowly descend back to the vehicle and drive back to Tbilisi, fully charged with positive energy and peaceful atmosphere of the visited sight

Have a great day!

*For groups under 3 people, guide and driver will be same person.