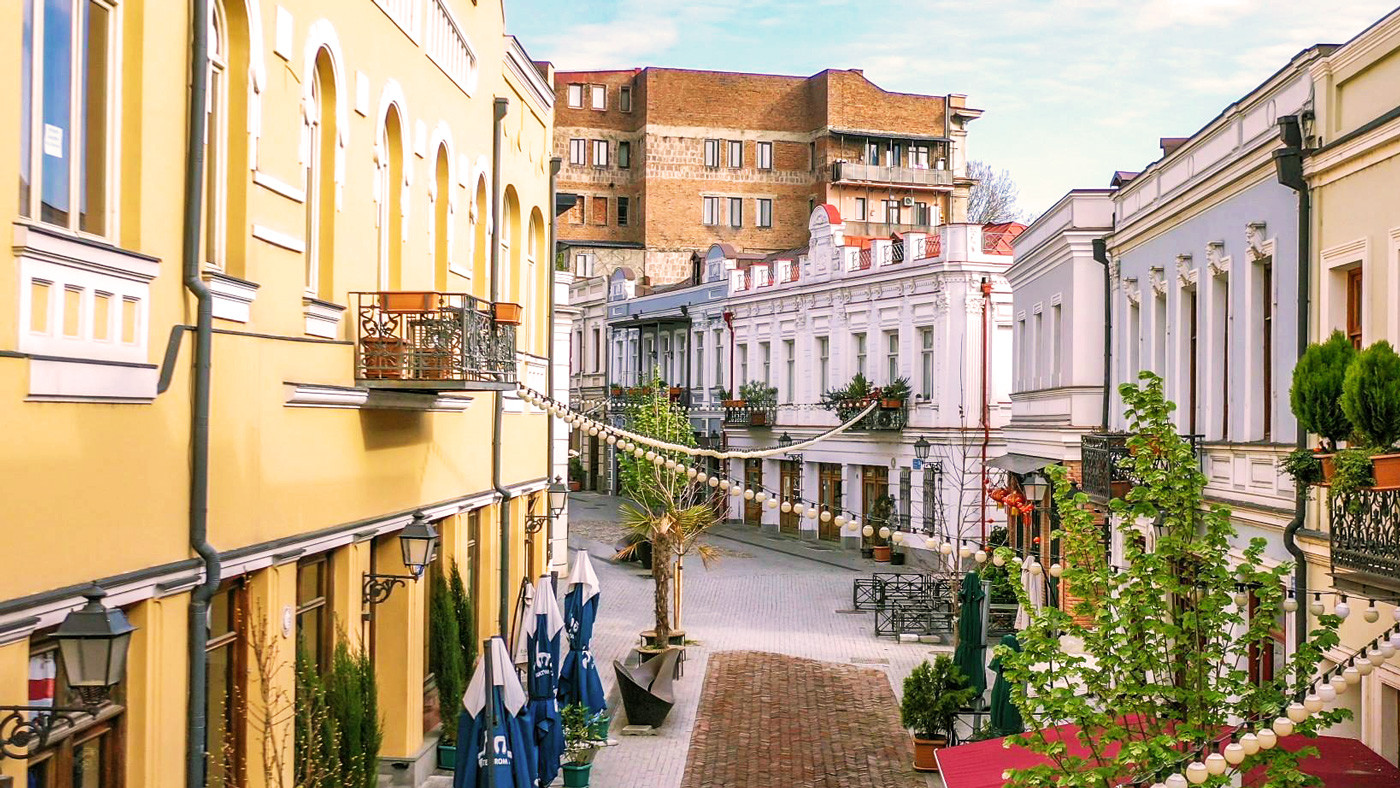 One of Tbilisi’s oldest, non-central avenues named after David the Builder

One of Tbilisi’s oldest avenues named after Agmashenebeli, is remarkable for its 19th-century classical architecture in European style and Georgian flavor.

David Agmashenebeli Avenue represents major arterial route in Chugureti district and consists 2 km long pedestrian zone, starting at Saarbrucken Square and ends at the Marjanishvili Square, where the avenue continues as a two-way traffic until the intersection with King Tamar’s Street.

The avenue is named after the most famous Georgian king of 12th c David IV the Builder since 2010. Former name was Mikheil Street (since 1851, during the Russian Empire in honor of Grand Duke Mikhail Nikolaevich Vorontsov, the viceroy of the Caucasus (1832 -1909)), and Plekhanov Street (By Soviets in honor of a founding father of Russian Marxism and a philosophical thinker, revolutionary leader Georgi Valentinovich Plekhanov 1921 to 1988).

The first dwellers, German colonists, contributed a lot to forming the architectural structure of the district. Brothers Friedrich and Zaar Vezel were involved in the construction of Sololaki and Chugureti districts (1880).

The area near King Tamar Avenue is more focused on trade and cultural places: shops, bank branches, and also a number of Turkish food spots.

For those who prefer spending time at café-restaurants, the second part of the Avenue - beginning of “New Tiflis”, is an idyllic place to relax in a nice, calm pedestrian part of the city. Beautiful facades of Art Nouveau style and carved wooden balconies catch attention for unusual gates, glass windows, carved doors, original ornaments, wall paintings, and historical inscriptions.

The short list of the main attractions to visit on Agmashenebeli Avenue: