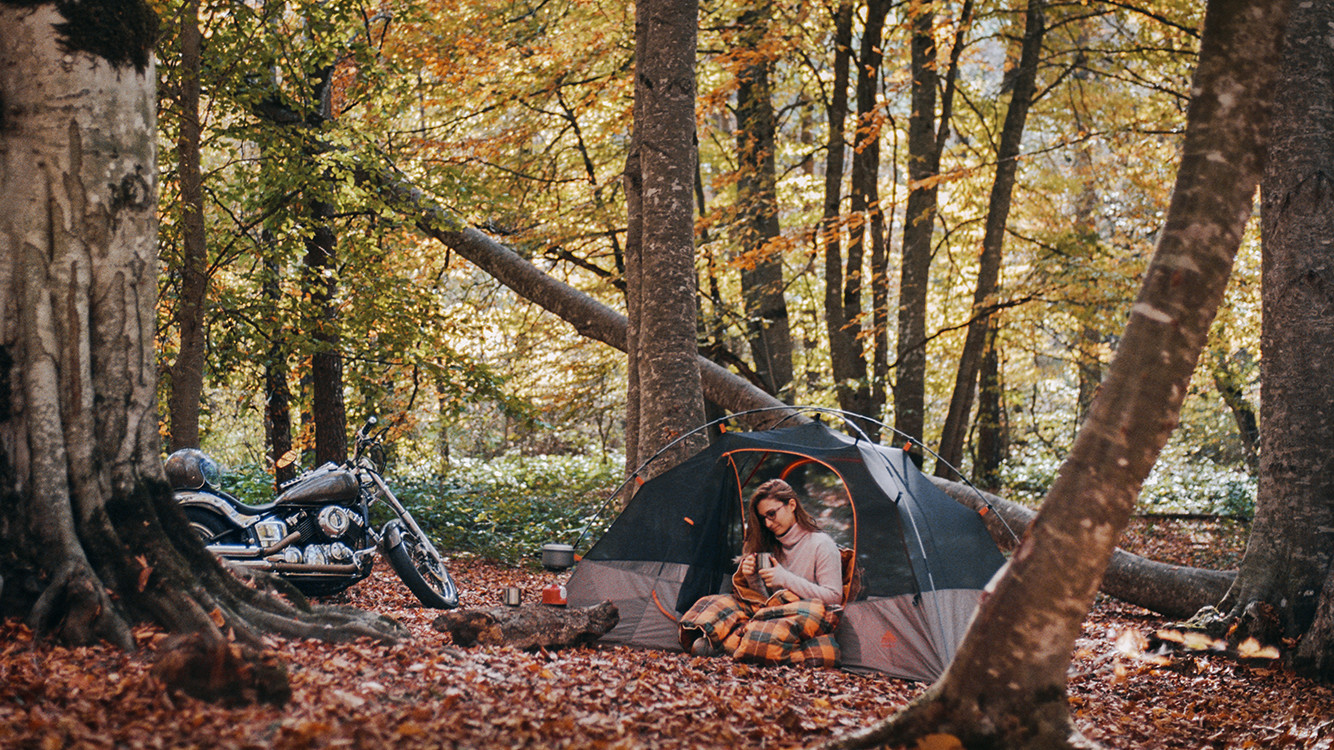 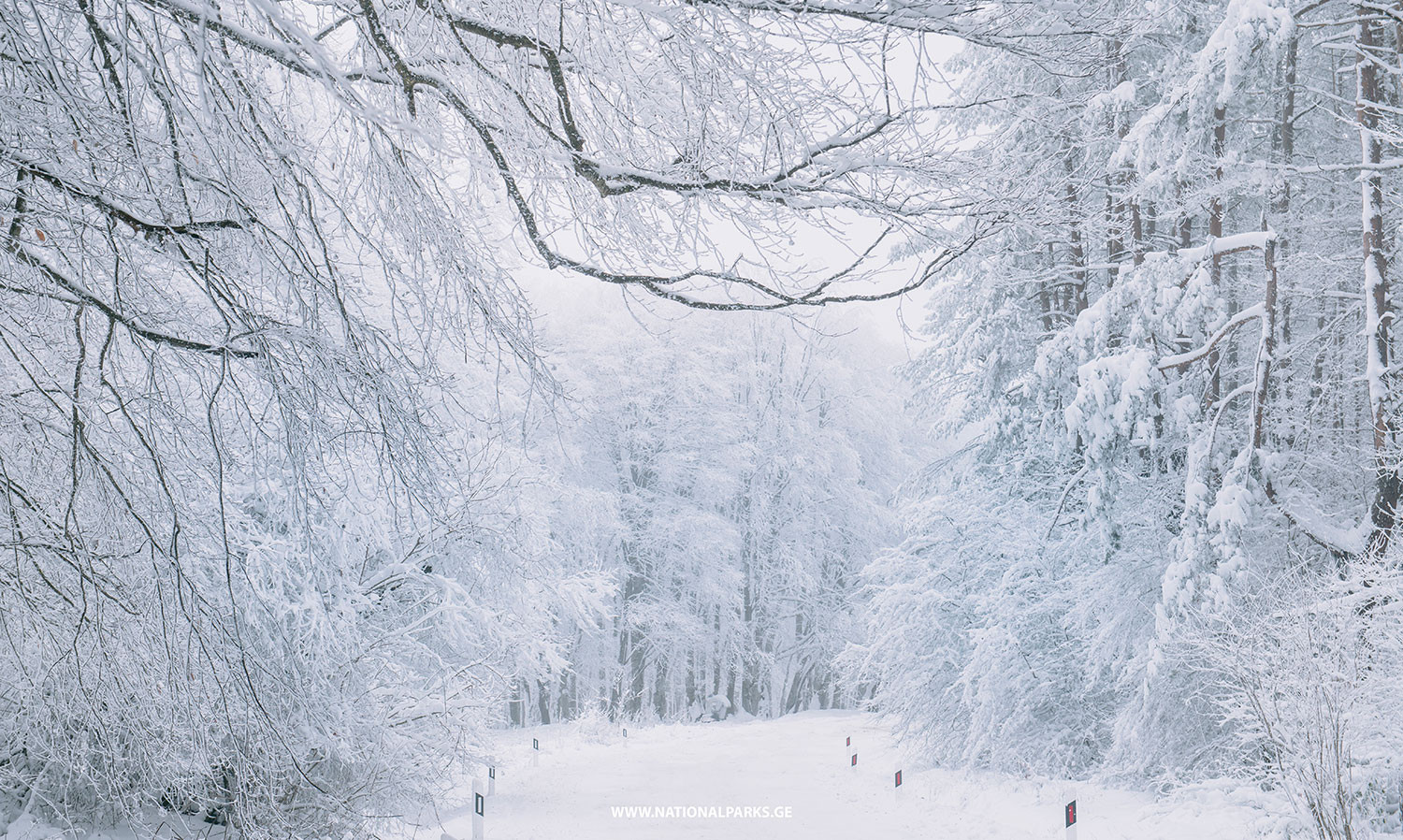 Tbilisi National Park is one of the nine national parks in Georgia, located on the territory of Mtskheta-Mtianeti region, 20 km away from Tbilisi city center, on the basis of the former national park and Saguramo Nature Reserve. It is nestled on the southern slopes of the Greater Caucasus Range, Saguramo-Ialno ranges, at an altitude of 600-1,700 meters above sea level and belongs to the drainage basin of the Mtkvari river. The total area amounts to 243 square kilometers (94 sq mi), integrating Saguramo, Martkopi, Gldani, Gulele, and Gardabani districts.

There are artificially grown pine trees and yew trees in the Park. Forests in Tbilisi National Park are characterized by vertical zoning.

Compared to other national parks of the country, the infrastructure is less developed in Tbilisi National Park, yet in 2013 the first cycling routes were marked in cooperation with UNWTO.

Various types of activities are available in the park all year round, however, during Autumn and Winter seasons nature here is especially fascinating. In autumn colors change, making Sabaduri Forest appear like a beautiful painting. In snowy winter, everything here turns into a magic world, attracting numerous visitors. In spring flowers and trees start blossoming and you can admire flourishing colorful nature. In summer it’s one of the best places to escape from the city heat and noise, arrange picnic and enjoy beautiful surroundings in peace. The park administration has camping areas as well, for spending leisure weekends under the open sky.

Following trails can be arranged on the park area: 3 bicycle routes (simple, medium, difficult), one pedestrian, and a horse-riding trail-Zedazeni-Didveli-Mamkoda, as well as 2 picnic, 2 camping areas, and fireplaces. The hiking trail goes through Saguramo Ridge, where you will observe stunning landscape views, diverse vegetation, historical and cultural monuments, among them ancient castles-towers, temples, towns, and villages.

Route 1: Big Viewpoint Trail - Length: 10 km; Surface: only a few meters on asphalt, rest of the road is dirt road; Difficulty: Easy, ideal for a beginner around River Gldanula

After passing Village Gldani the road heads toward the iron cross, from where there is a beautiful panoramic view of Tbilisi. After passing 3 km from the Gldani bridge, cross the river Gldaniskhevi in order to end the circular route.

The loop starts from the central starting point and on a medium difficulty uphill goes toward Tskhvarichamia Village. Near Lelubani turn, at the sign, the asphalt is replaced with a dirt road and the bike route turns right. From Lelubani turn the medium difficulty 4.5 km uphill goes toward the first overpass. In 1 km from the turn, there is a crossroad: on the right, in few meters, you see ruins of St. George Church and a spring nearby.

The height of the overpass is 1460 m and the trail goes downhill from here. After passing 3 km from the highest point of the trail, it ends up at a small hayfield called Shvindadzes from where you can see the Ialno Range and Martkopi Monastery. The next 2.5 km is downhill again, followed by 1 km medium difficulty uphill leading toward the fifth-century monastery of Martkopi. On the way, you find picnic tables and water.

After passing 5 km downhill from the monastery the trail reaches the northern part of Village Norio (the last 1 km is a medium difficulty uphill). From here 6 km trail turns right and with a difficult uphill goes toward the top of Mamkoda mountain.

The height of the overpass is 1,460m and from the top of Mamkoda mountain, you can see beautiful views of Tbilisi. There are picnic tables here and you can take a rest. From Mamkoda the trail leads straight to the Mamkoda Monastery, where it is possible to take a rest and get drinking water. On the left side, the trail goes downhill, toward the starting point where there is another crossroad and from here the route leads back to Mamkoda Mountain. The downhill flattens near Gldaniskhevi River and after crossing it the trail ends where it started.

Mamkoda - Zedazeni Path starts at the village Mamkoda, goes through Vejini Valley towards Didveli (1440 meters), where one can enjoy panoramic views. From Didveli, trek continues to Saguramo Mountain Range, where Zedazeni Monastery (6-8th c.c.) is located. One will see the Jvari Monastery, Mtkvari and Aragvi river valleys, and the snowy peaks of the Greater Caucasus Mountains in the distance. The path is marked. The last destination of the trek is the village Saguramo.