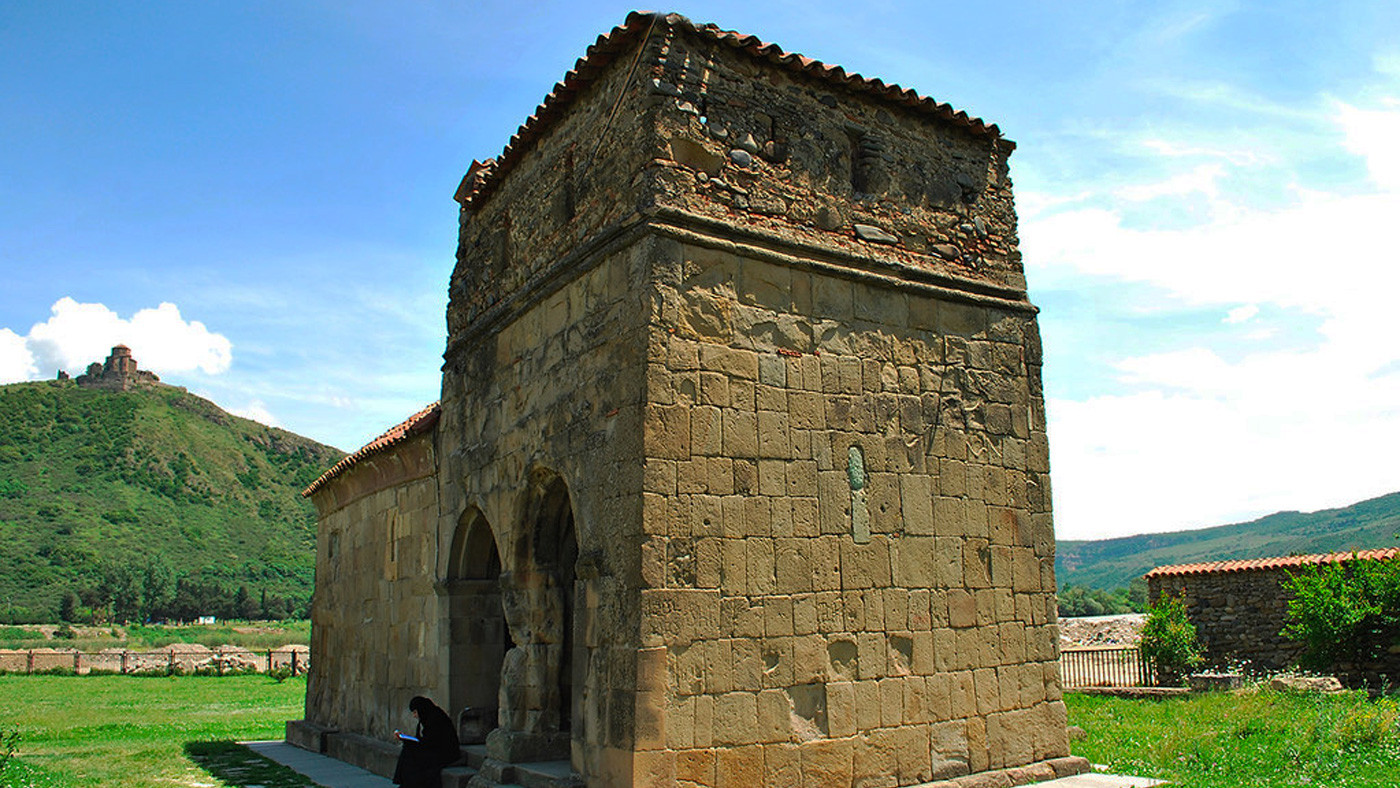 The Antioch Monastery in Mtskheta

Antioch (IV-V centuries) - the Georgian Orthodox monastery and temple of St. Stephen the First Martyr in Mtskheta - is one of the oldest churches in Mtskheta . Mtskheta Antioch is a nunnery, located at the end of the street behind the Svetitskhoveli Cathedral, and is beautifully set on the right bank of the Aragvi River, at its confluence with the Mtkvari River (Kura) and is overlooked from the Jvari Monastery panorama.

The architect was the Greek master Averlios Akolios. His name is immortalized by a Greek-language inscription on the sandstone on the threshold of the temple. The temple burned in the 8th century during the invasions of Murvan-Kru (Marwan the Deaf - Marwan ibn Muhammad's invasion) in Georgia. The church was reconstructed in the XV-XVIII centuries.

Antioch consists of the buildings of different times: a hall church, transformed into its modern form from the northern nave of the old three-nave basilica (VII-VIII centuries), an entrance gate and a defensive gate tower (XVI-XVII centuries).

The three walls and the gate of the church are built of smooth sandstone blocks, while the late southern wall of the church and the defensive tower are made of rubble, cobblestone and brick in the IV-V centuries.

In the 90s of the twentieth century, the interior of the church was painted (icon painter Irakli Tsintsadze) for the charity of the United Georgian Bank, the courtyard was fenced and a residential building was constructed.