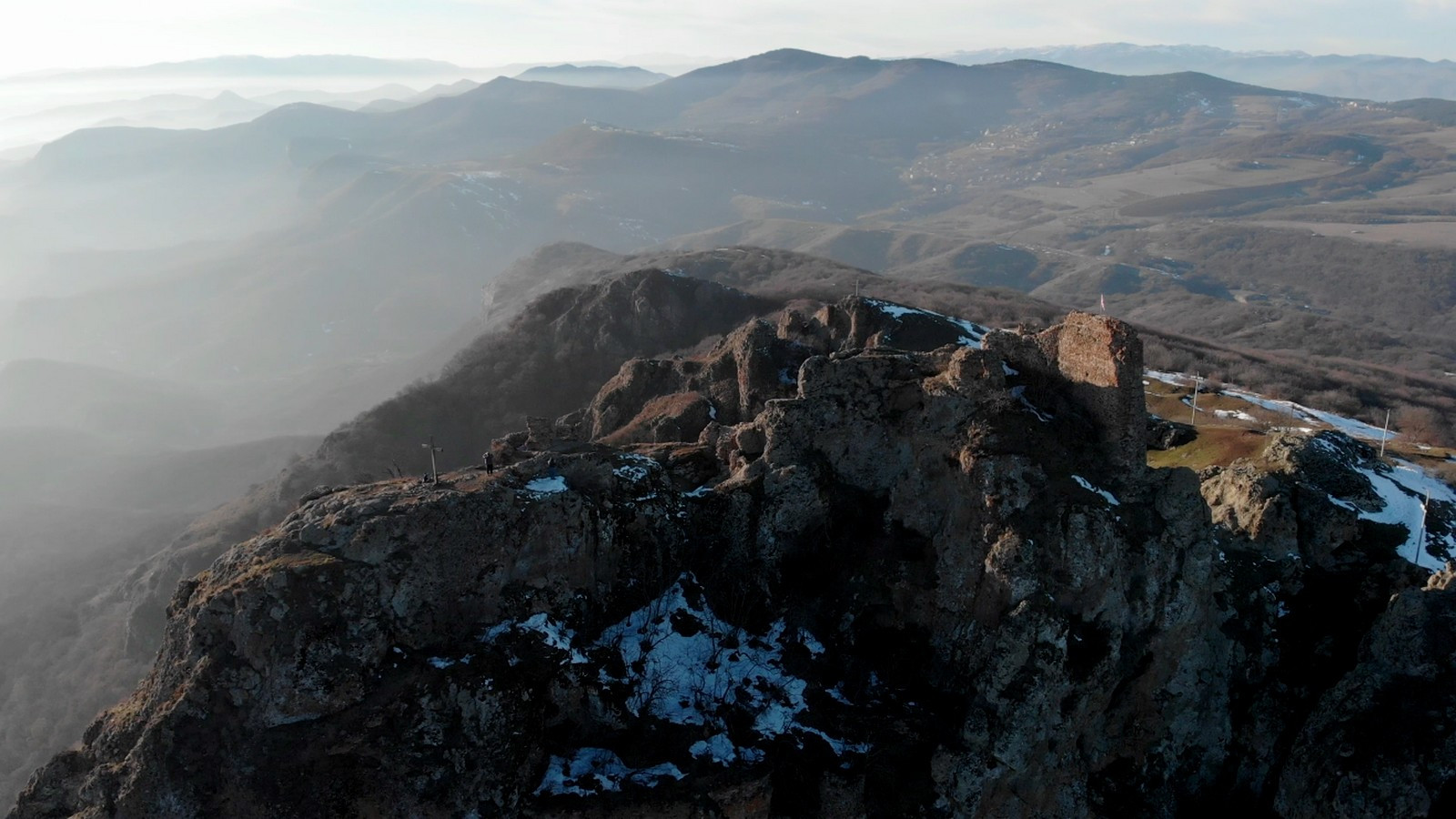 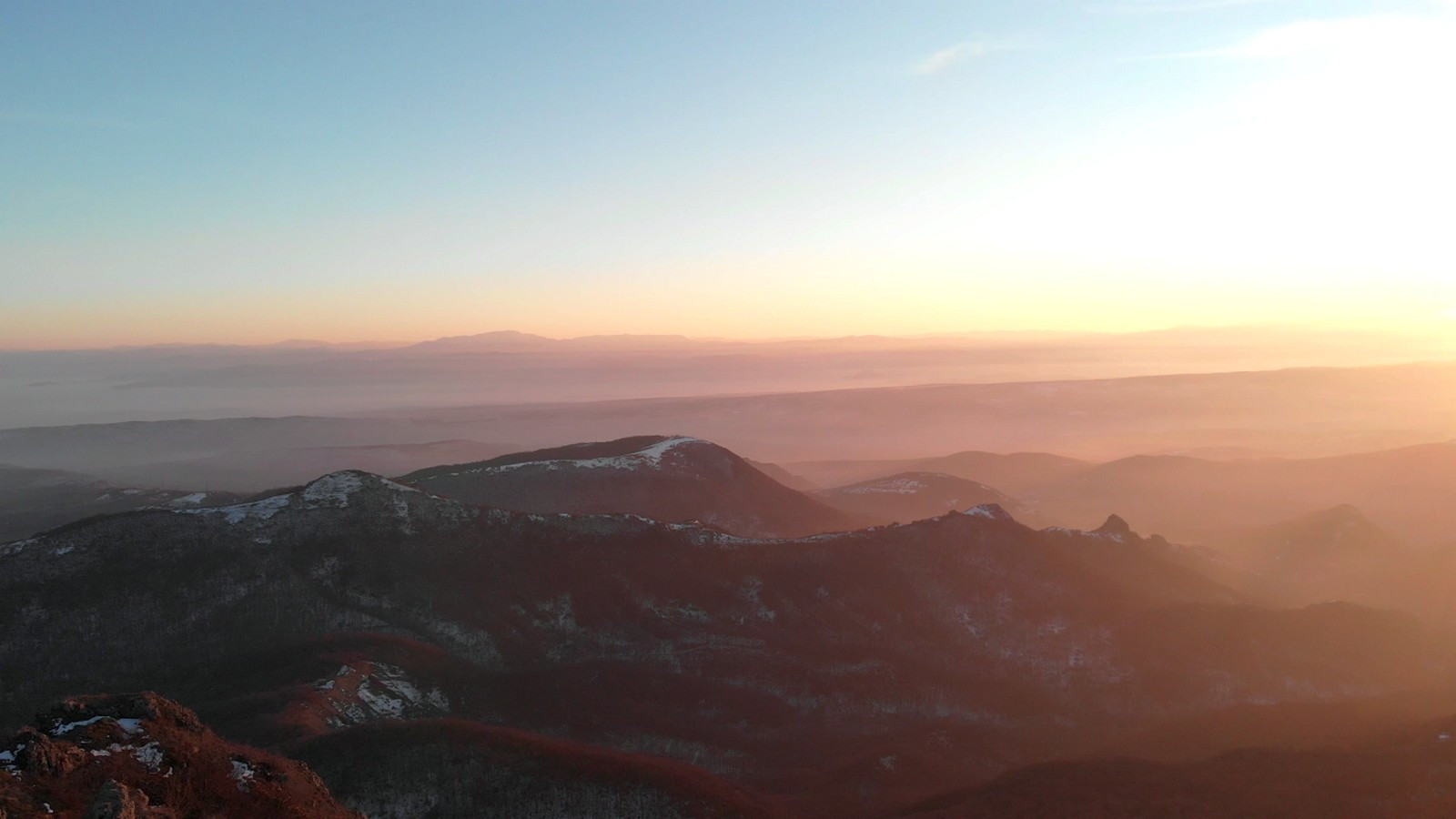 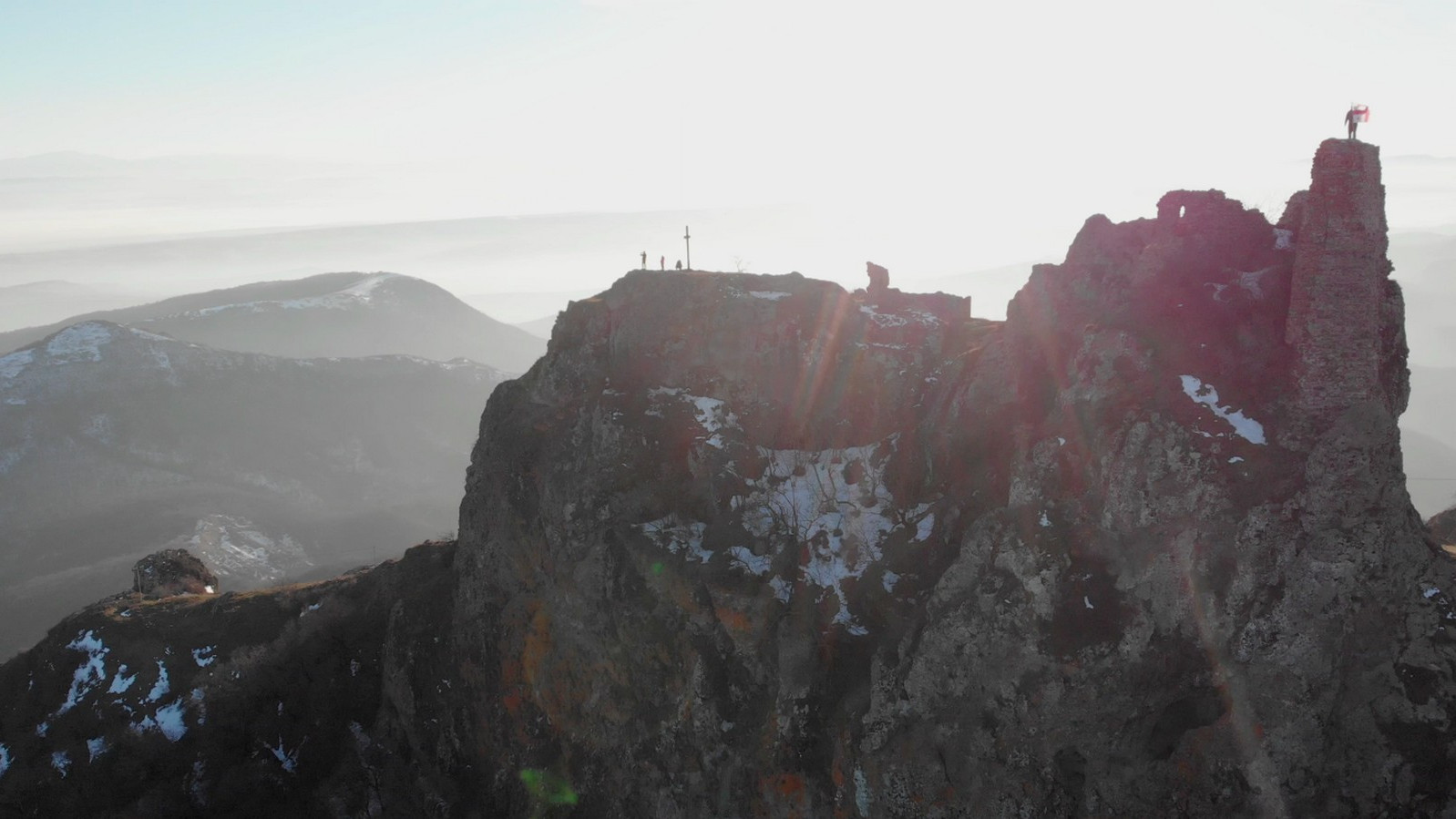 Situated on top of the volcanic hill, Azeula, also referred to as Kojori, Agarani or Koroghli Fortress - offers astonishing, panoramic views of central Georgia and mountains stretched far along the borders to North, East and Southern parts of the country.

Dating back to 11th century, this medieval stronghold holds many secrets and went through quite a few battles and sieges. It's primarily known for being a death place of famous Queen from the Georgian Golden Age - Tamar of Georgia (1166-1213).

It also happened to be the last resistance point against Russian Red Army in the battles of February 1921, where young Georgian Cadets were massacred (with some of them being buried alive) by Bolsheviks. Today one can see memorial dedicated to this event at the foothills of the citadel.

Watch drone footage of the fortress: