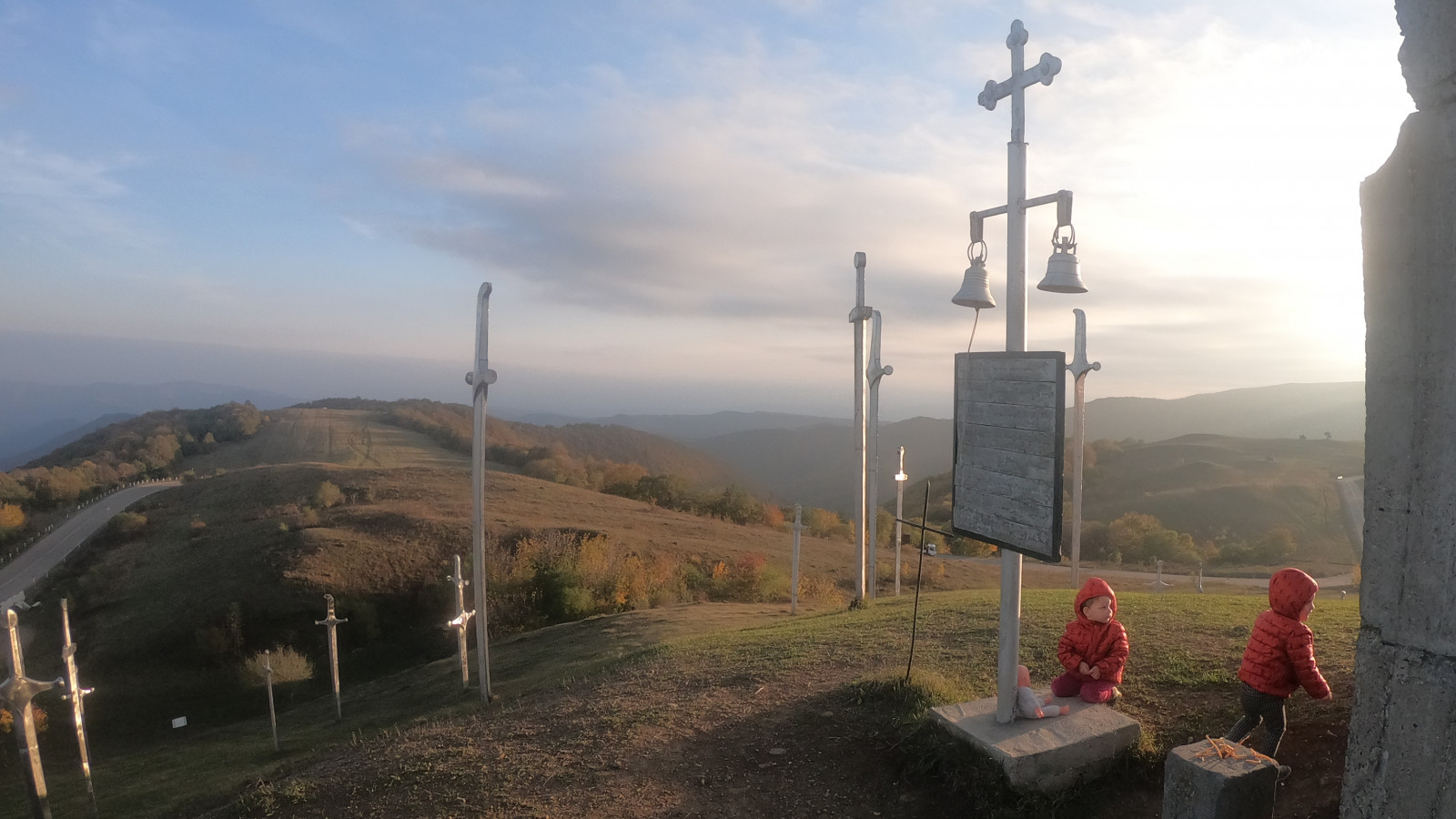 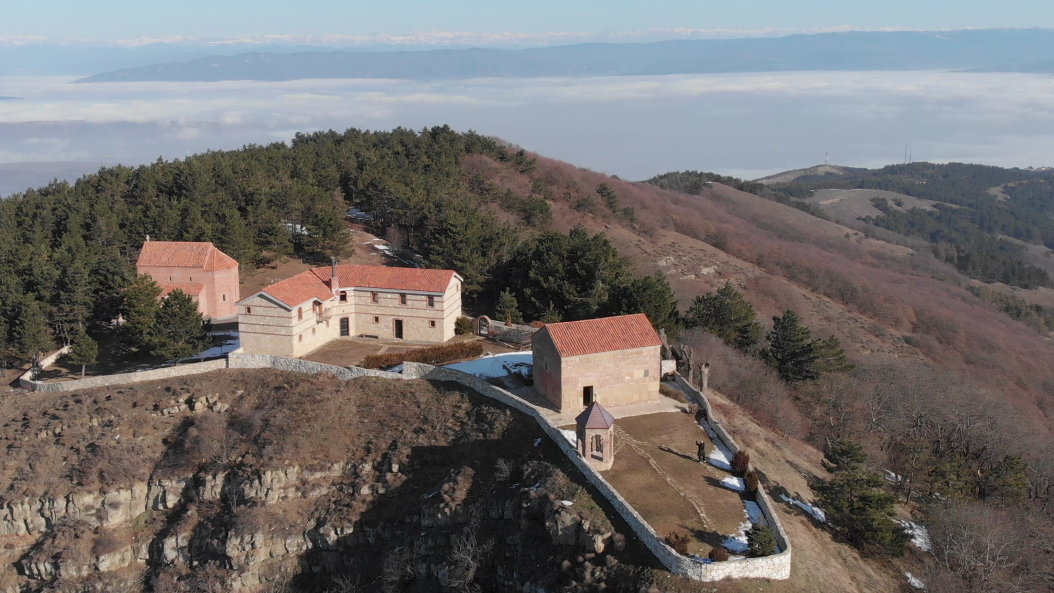 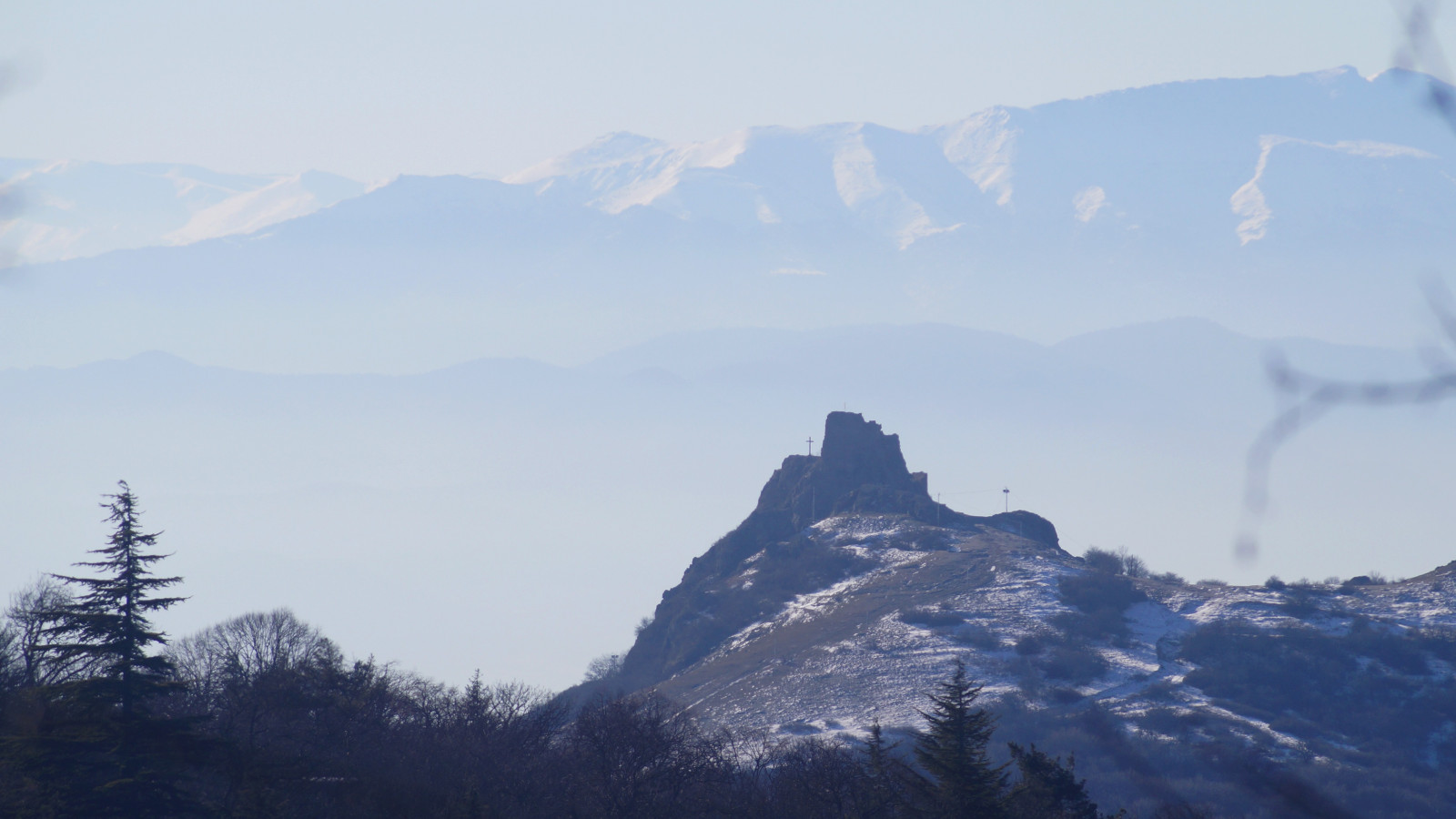 Full day getaway to nature and historical sightseeing within easy reach from Tbilisi. A perfect trip for people looking for a peaceful day in nature, away from over-crowded touristy sights and busy city. Explore Didgori Battle Memorial, visit Udzo Monastery, climb Azeula Fortress and at the end of it all enjoy a BBQ in the tranquility of Kojori forest.

09:00 pick-up from Tbilisi. Drive to Didgori Battle Memorial, by passing Mtskheta and nearby villages North-East of Tbilisi. Newly paved asphalt road takes you through deciduous forest of Nichbisi valley all the way up to Didgori mountain ridge at 1,620 m asl. The monument is erected on top of the hill opening up panoramic views of surrounding fields and valleys of Shida and Kvemo Kartli regions.

Dedicated to one of the most important events in Georgian history – the Battle of Didgori (1121 A.D.), the complex is spread around impressively large area. It consists of many connecting elements, including statues of warriors, large swords planted in the ground, ceremonial columns, bell towers etc. It was during this battle, when vastly outnumbered army of famous Georgian king - David the Builder obtained a victory against Turko-Seljuks, contributing to the rise of the Golden Age of Georgia.

After visiting the memorial, continue the way to the south, making several photo-stops, until reaching our next destination - Udzo monastery, located on top of the Mtatsminda ridge nearby small town of Kojori. Hidden among pine forest it makes a truly peaceful getaway from the noisy capital. According to the legend, the medieval Church of St. George – which is the oldest structure in the monastery, was built by a childless man (Georgian: “Udzeo” უძეო) – as a gift to god so that he would grant him a descendant.

Before reaching the end of our journey – Azeula Fortress – our field cook is going to build a fire and make preparations for farewell picnic in the forest. The fortress is located on the volcanic hill, south of Kojori and requires a short hike (approx. 400 m one way and 50 m. elevation gain) followed by a climb on steep stairs. Although, your effort will be rewarded with some of the best panoramic views in the region, medieval atmosphere of the site and warm meal waiting for you on the way back, before our return to Tbilisi.

Please note, the last part of the itinerary requires a short hike to reach the top of the fortress, comfortable shoes are highly recommended.

To arrange airport transfers and pre-tour (post-tour) hotel overnights, contact us at info[at]georgianholidays.com