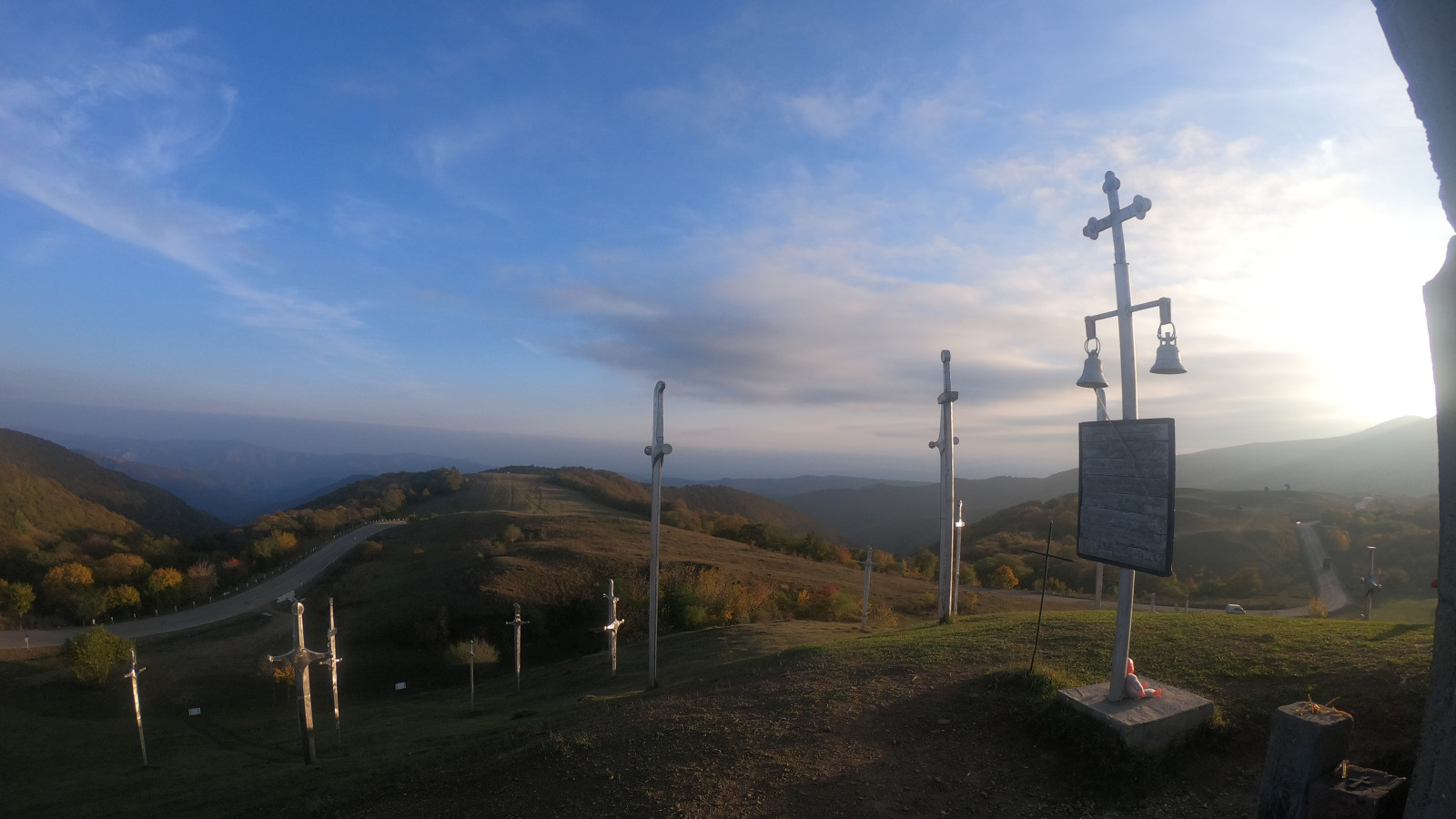 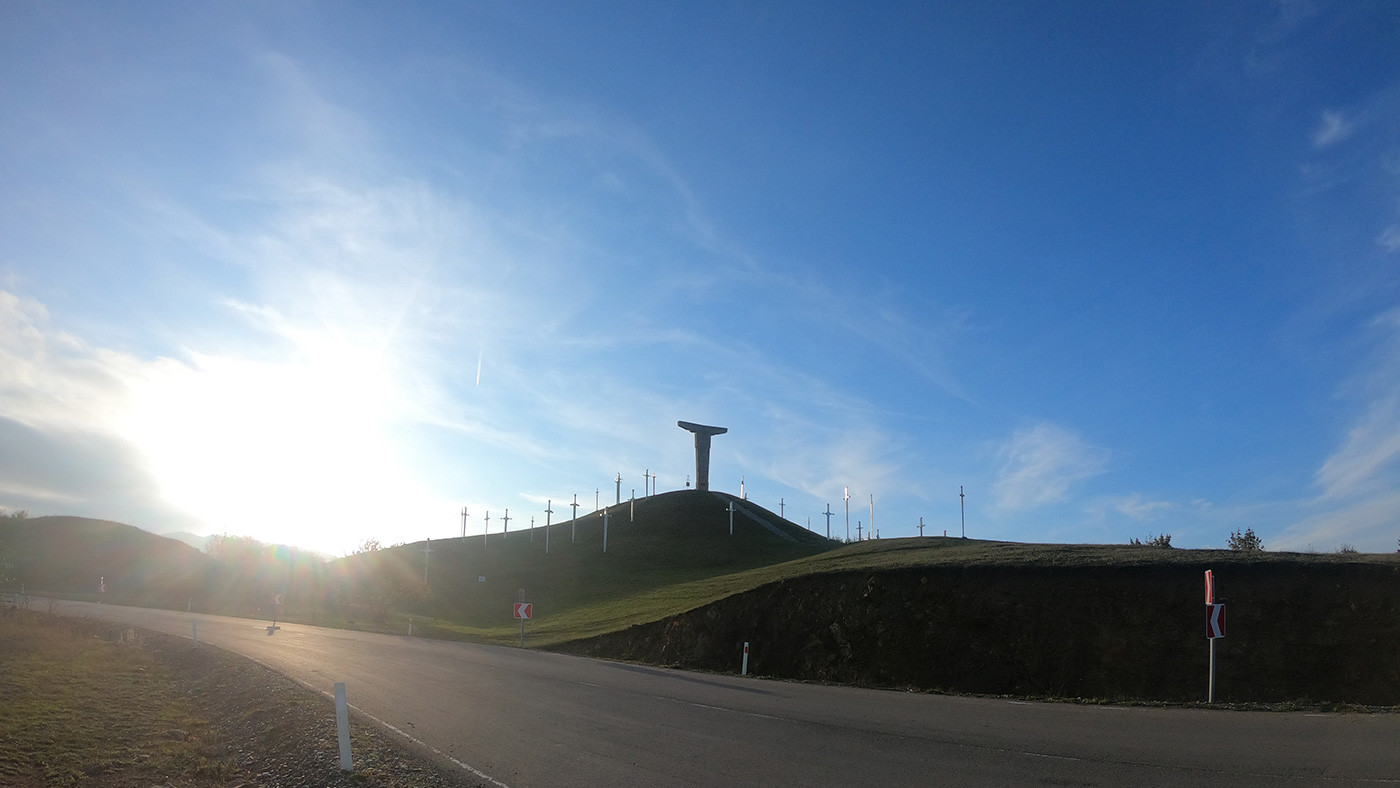 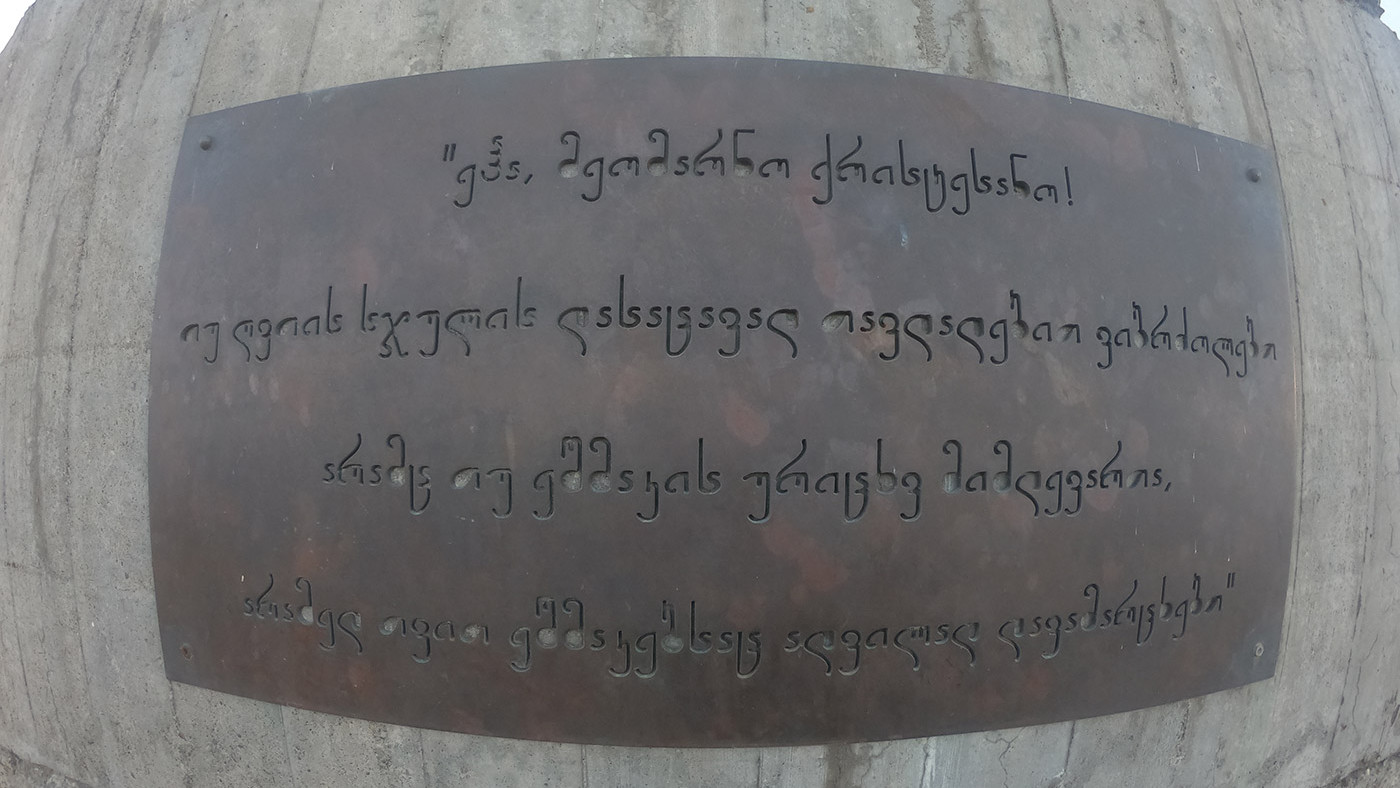 Didgori Battle Memorial is a memorial complex dedicated to the Battle of Didgori (1121), an important historical milestone in Georgian-Seljuk wars when the armies of the Kingdom of Georgia commanded by David IV, defeated large Muslim army under Artuqid ruler Ilghazi. As Georgians were vastly outnumbered according to the sources, the Battle of Didgori was described as "miraculous victory" by the historians.

Didgori Battle Memorial is located on Trialeti mountains, in about 60 km from Tbilisi. Memorial and the swords around it are erected on a hill, in an open area. People use to gather at this memorial and celebrate "Didgoroba" on 12th of August every year.

To book private tour with us, please, follow the link here