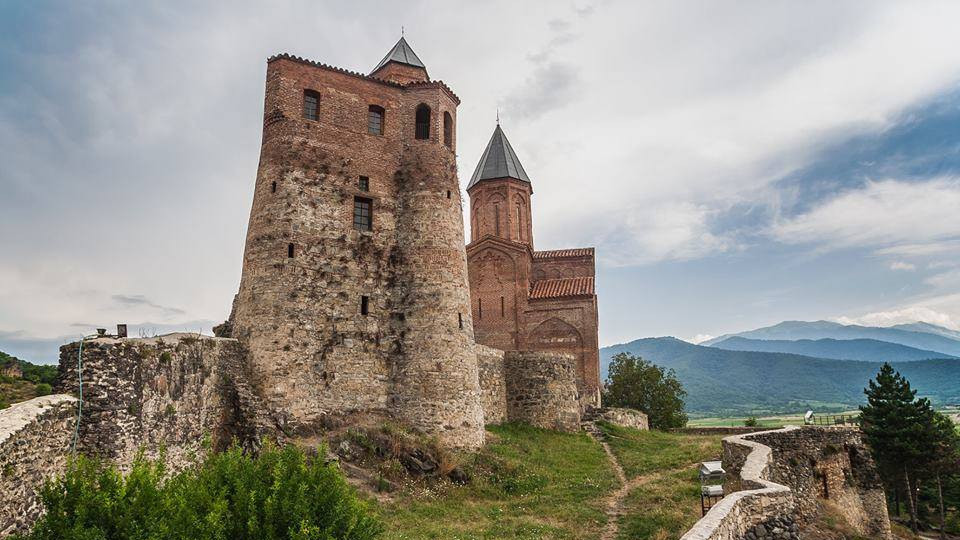 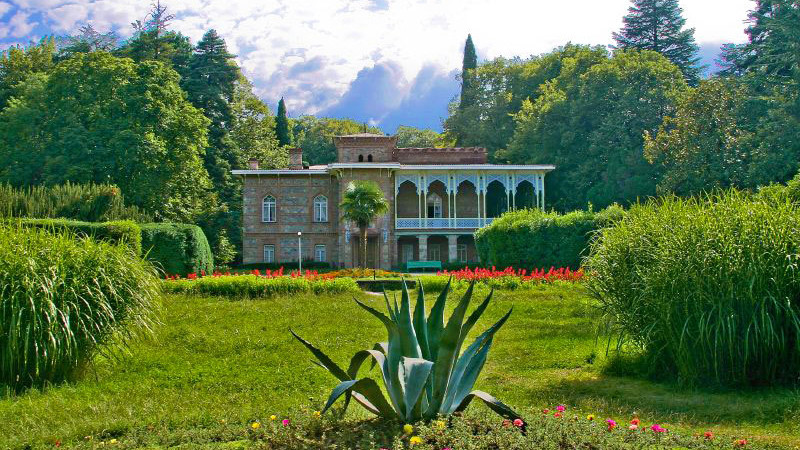 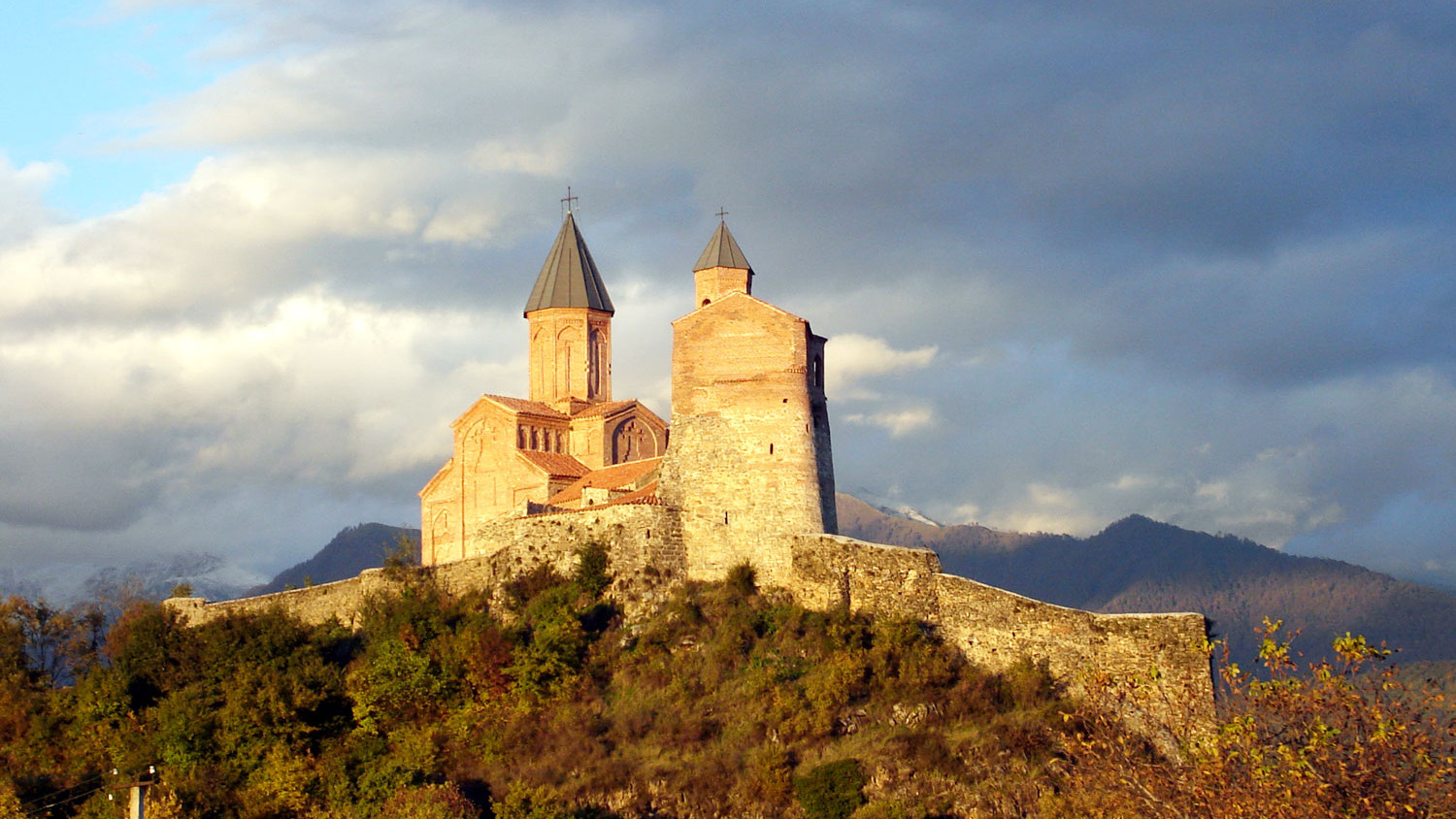 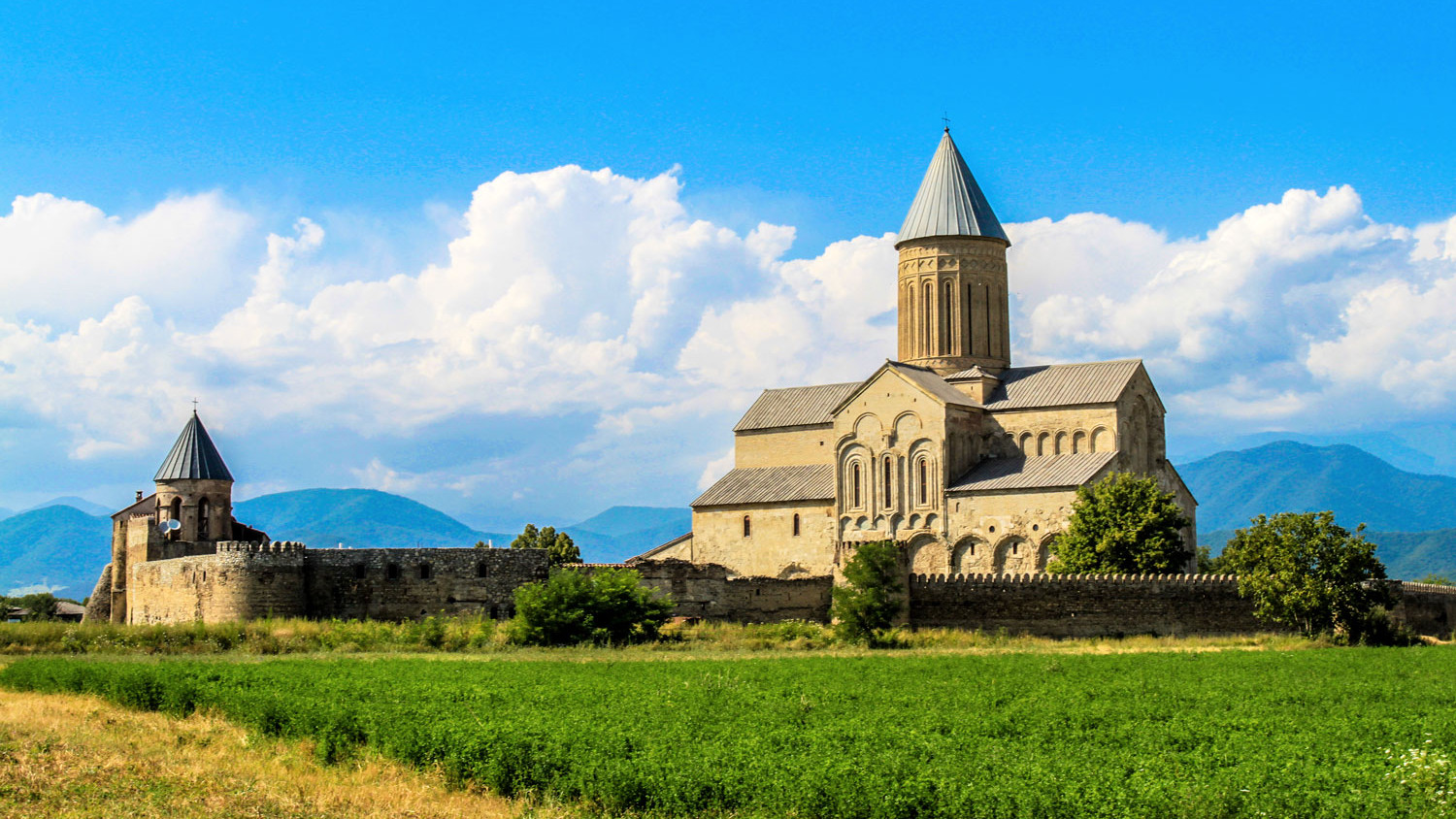 This cultural day tour is a large circle covering the inner, outer and Kizikhi districts of the Kakheti region. Spreading on both sides of the River Alazani, under the curtains of Great Caucasus mountains, once, it was Kingdom of Eastern Georgia with the capital towns Telavi and Gremi. Kakheti offers splendid vineyards and sunflower fields, wide variety of cultural heritage: visit Sighnaghi and Telavi town, Bodbe nunnery, Tsinandali estate, Alaverdi cathedral, Gremi fortress, and Batonistsikhe - the former residence of the great king Erekle II in one day.

Have a wonderful day!

First, visit Bodbe nunnery and its colorful flower garden. The Great Caucasus mountains and its background view of Alazani valley is charming. 5th century female evangelist St. Nino’s relics are enshrined inside the 9th c basilica. This is the reason why the village became one of the major pilgrimage sites in Georgia.

After the next two turns, on the hills of Gombori mountain range Signagi, an old trading town reviles its mediaeval beauty. Cobbled streets, carved wooden balcony houses and wedding palace with breathtaking views of the Alazani Valley make it a popular place to visit.

Homemade lunch is served at the local house. After lunch, leave Signagi, drive to the village Tsinandali.

Continue the trip to Gremi, the former residence of the king Levan of Kakheti of the Bagrationi Dynasty 16th c., take a look at his portrait inside the medieval church and climb on a well preserved tower of 16th c.

Next stop is Telavi town and Batonistsikhe – another royal residence. Great King Erekle II was born and died in the same room here. After the tour in the palace drive to Alaverdi Cathedral (11th c.).

In the evening, return to Tbilisi.

8:30 - Pick up from Tbilisi hotel and departure to Kakheti.

First stop is Bodbe Nunnery with its colorful flower garden. The mountains of the Greater Caucasus and the view of the Alazani valley are charming. The relics of St. Nino, the Evangelists of the 5th century, are stored inside the basilica of the 9th century. For this reason, the village has become one of the main places of pilgrimage.

After two turns, on the hills of the Gombori Range, the old trading town of Sighnaghi revives its medieval beauty. Cobbled streets, houses with carved wooden balconies, and a wedding palace with breathtaking views of the Alazani Valley make it a popular place to visit.

Homemade lunch is served in a local family. After lunch, departure from Sighnaghi, transfer to the village of Tsinandali.

Visiting the residence of Alexander Chavchavadze in Tsinandali. Alexander was Kakhetian nobleman of the 19th century, poet and public figure. His house with a wide wooden balcony, a ballroom, a winery and an Anglo-French garden hosts contemporary exhibitions, international festivals, classical music concerts, wine forums and various events. Walk through the labyrinth and drink a glass of wine in the winery of the father in low of a Russian diplomat, playwright, poet and composer Al. Griboyedov.

The next stop is the city of Telavi and the royal residence - Batonistsikhe. Here, in a small room, the great king Erekle II was born and passed away.

After the excursion in the palace, a trip to the Alaverdi Cathedral (11th century).

In the evening return to Tbilisi.

You can pay the balance in one of the following ways:

For a larger group or custom itinerary please contact us at tours[at]georgianholidays.com