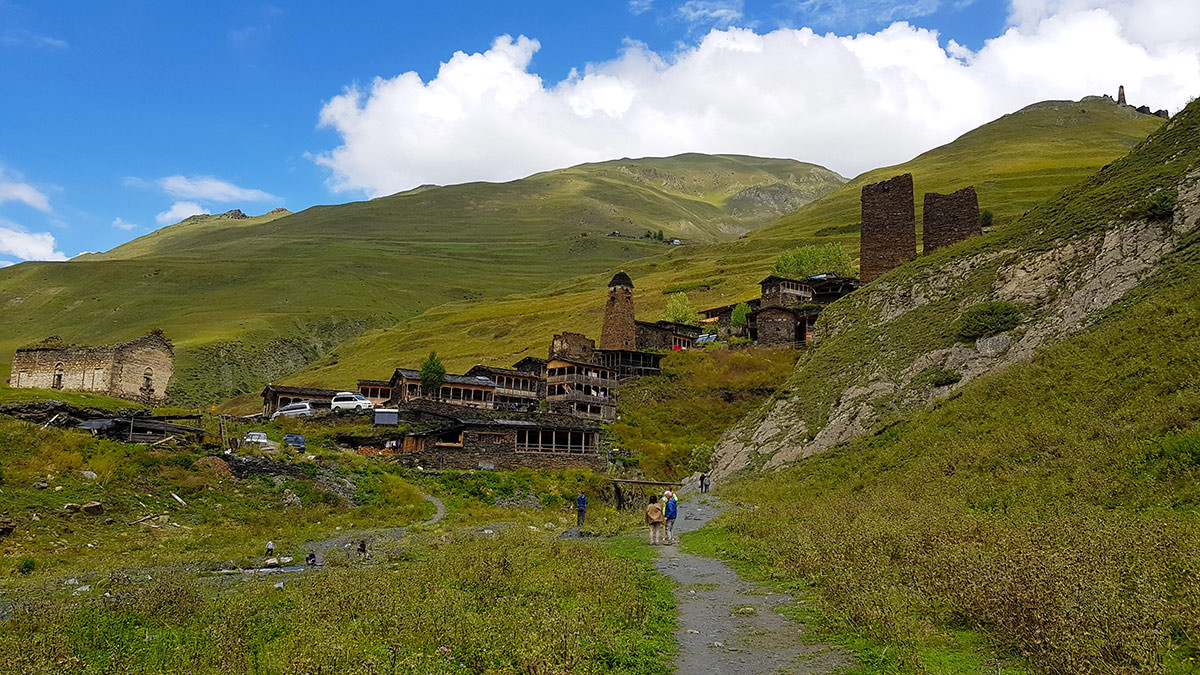 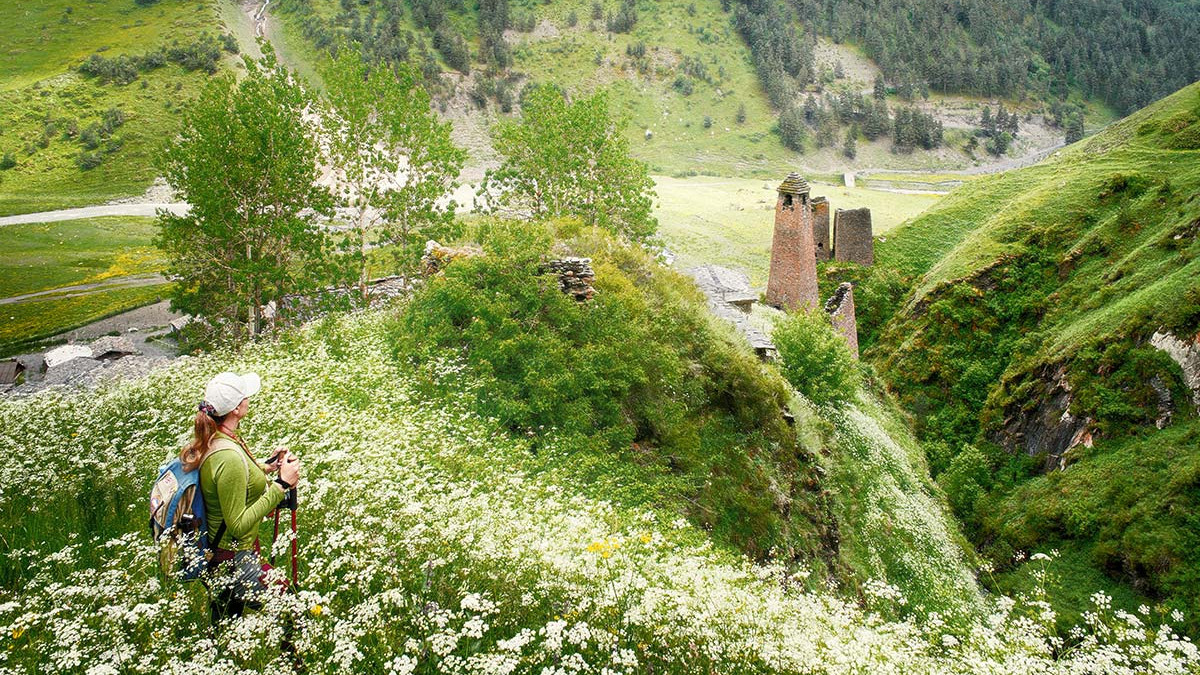 Dartlo is a village situated on the Eastern part of the Great Caucasus range, on the territory of Tusheti National Park, at an elevation of 2000 m, 12 kilometers from Omalo, Akhmeta Municipality, Georgia. Traffic is possible on horseback and by air. Majority of the local population lives in the village temporarily – during May-September period. Afterwards, during the snowy winter they move to Kakheti.

On the outskirts of Dartlo village you can visit Dartlo Church built of sandstone in 19th c. The monument is badly damaged. On November 7, 2006, the Church was awarded the category of a real monument of culture of national importance (in accordance with the decree of the President of Georgia).

Nachauridzes family Tower in Dartlo belongs to the late Middle Ages. The tower has five floors, square in plan (4.2 X at the base, 4.2 m), built of slate. The overlap between the floors was flat, lame. The entrance is on the 1st floor, 2 meters above the ground from the east. Below the floor is a vaulted basement, the wooden roof of which rested on a step created by thinning the walls of the second floor. The first floor is covered with a flat arch, in the north-west corner of which there is a rectangular fountain to the second floor. There is one window in the south wall of the second floor, and one artillery in the other walls. On the third floor, a door cut into the north wall led to a house built on a tower. The IV floor is similar to the second. There are arched windows in all four walls of the 5th floor. This floor is covered with an elevated arch. On the south façade, above the windows of the III and IV floors, there are small square niches. Salodes are attached to the windows on the 5th floor. The tower is covered with a stepped pyramidal roof.

Iakhsari Icon Complex, a shrine on the slope of Dartlo Mountain is a pagan deity. The cult center was here in Pshavi. According to the Pshav-Khevsurs, he is an uncompromising fighter against the Avsuls (devas, demons, devils), the protector of his own Sakma members and his praying foreign worshipers. Under the flag of Yakhsar, the Khevisbers tried to drive away the evil force from those with mental illnesses, to "save the soul" of the person who died of unnatural death (dead in an avalanche, drowned, drowned in water) and so on. The icon complex includes: a hall, a sacristy, a flag tower, a million, an icon forest and fields, a women's side to which the women's trail leads; It runs along a man-made path that runs along the west side of the icon building. The hall, the steering wheel and a million buildings are made of slate, the flag tower is whitewashed. The layout of all the buildings, except the tower tower, is dry. The hall is an elongated vault. It has an entrance from the east. The door arch is locked. Inside, there is a small niche in the east and north walls. The roof is two-colored, covered with slate tiles arranged on wooden poles. The command is located between the hall and the flag tower. It has a narrow and low entrance from the east. The entrance is covered with Sip. The flag was placed in the storeroom. The flag tower is located directly on the command post. It is a deaf building with a rectangular prism shape. There is a small candle niche in its eastern Tsakhnag. The building has a pyramidal six-tiered roof. There are millions of flag-tower-like buildings, standing a few steps east of the flag-tower. It is covered with a stepped pyramid.

To book private jeep tour or trek to Tusheti, please contact us adventure[at]georgianholidays.com