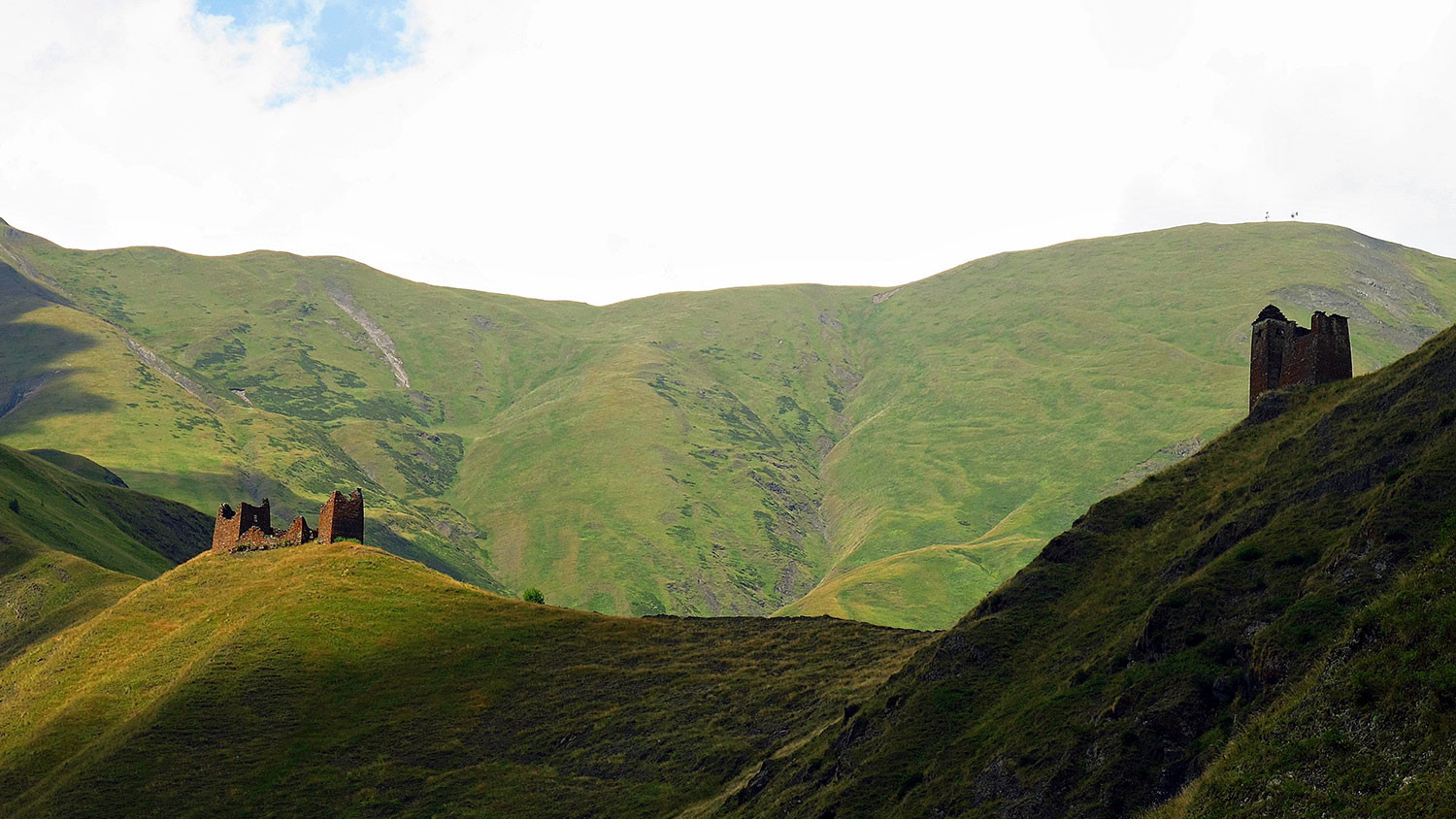 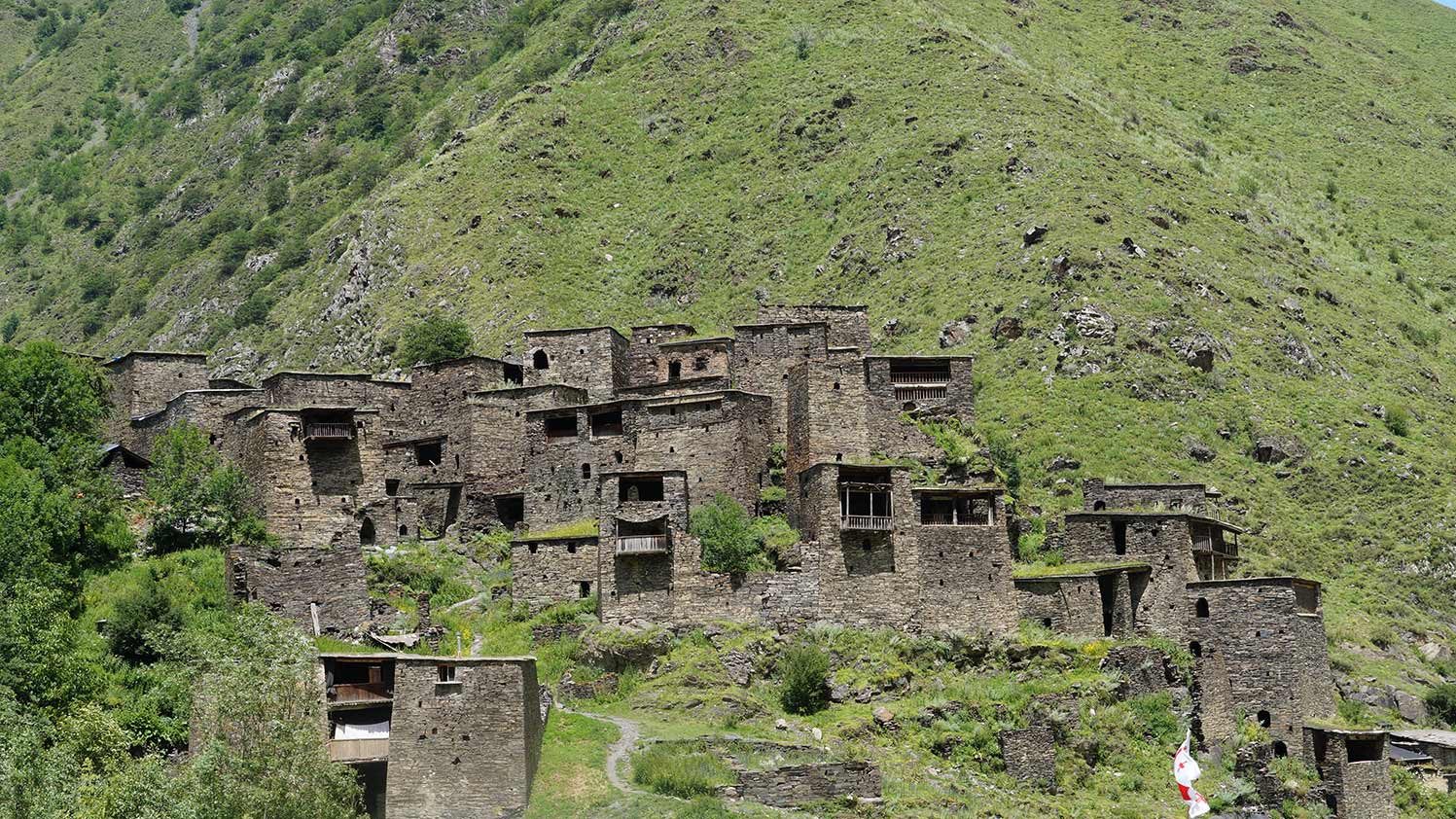 Pshavi (historically Pkhovi) is a small historical region of north-eastern Georgia, located in the gorge of the river Pshavi Aragvi, on the southern slopes and foothills of the Greater Caucasus mountain range, modern-day Mtskheta-Mtianeti Mkhare (administrative region), Dusheti Municipality.

“Upper” Pshavi is comprised of the village communities of Ukana pshavi and Shua pkho, located in the very upper reaches of Pshavi Aragvi. Pshavi region is bordered by the Greater Caucasus Mountain Range and Khevsureti region from the north and northwest, Kartli and Kakheti lowlands from the south and southeast.

Pshavi, and especially its lower parts, is not very mountainous and elevated compared to other regions and areas of the East Georgian mountains (e.g. Khevsureti or Tusheti), ranging from 1000 to 3000 meters above the sea level. Therefore, because of such geographic conditions, Pshavi nature and climate is different to its more mountainous and alpine highland counterparts, characterized by richer flora and fauna, with deciduous and mixed forests.

Pshavi has unique ethno-cultural characteristics, particularly its local dialect, which has been influenced through centuries by both highland and lowland cultures of east Georgia. Similarly to other highland regions of the South Caucasus, Pshavi local communities have kept their ancient customs and traditions well.

Aragvi Adventure Center is a notable highlight located near village Sharakhevi, in the lower reaches of the river Pshavi Aragvi. Center offers rafting, kayaking, biking, hiking and other various outdoor sports activities, as well as camping sites and wooden huts in the gorge of Pshavi Aragvi.