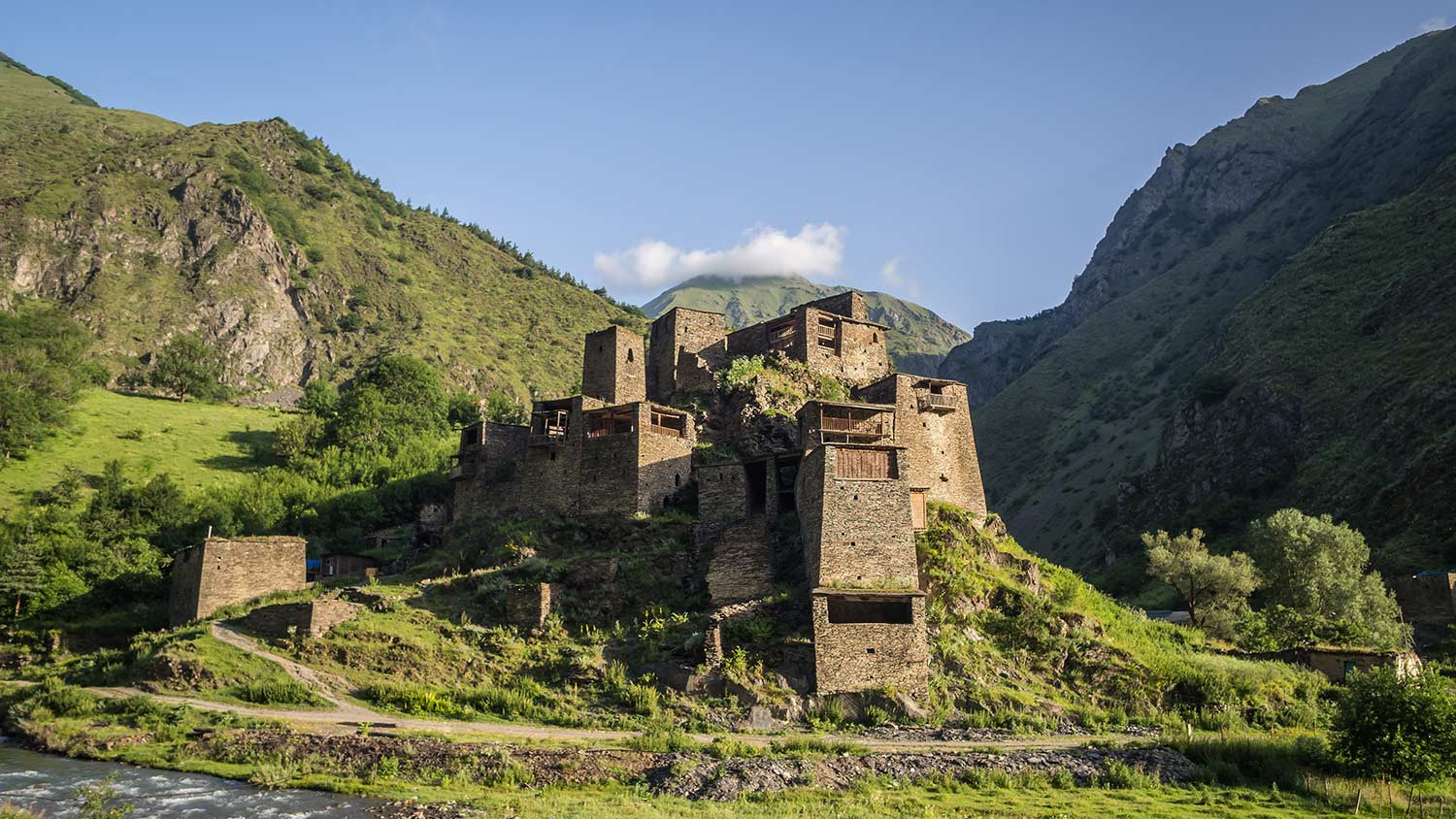 Shatili is located in the deep gorge of river Arghuni, northern slopes of the Greater Caucasus Mountain range. Because of its strategic location, for centuries village kept its function of not only usual residential area, but of a fortification as well, defending the gorge against the intruders from the North Caucasus.

Shatili has a terraced structure on a quite complex terrain. The overall size of the village is about 1 hectare. Village was built, rebuilt and modified for many centuries through the medieval times. Three major local architectural forms here are: fortified dwellings – “kvitkiri”, tower-houses, and terrace-like houses typical for Khevsureti settlements. Village was divided into four districts and has a 2-3-meter-wide street, cutting the settlement into two parts. Shatili has a unique design, which made it possible for villagers to move from building to building while being unnoticed by the outsiders. In short, the whole village functioned as one, whole and effective defensive system.

Shatili is located in quite harsh climate conditions, at an elevation of 1400 meters, in 160 km from the capital Tbilisi, close from the border of the Chechen Republic, Russia. Roads leading to these areas from the south are unpassable in winter.