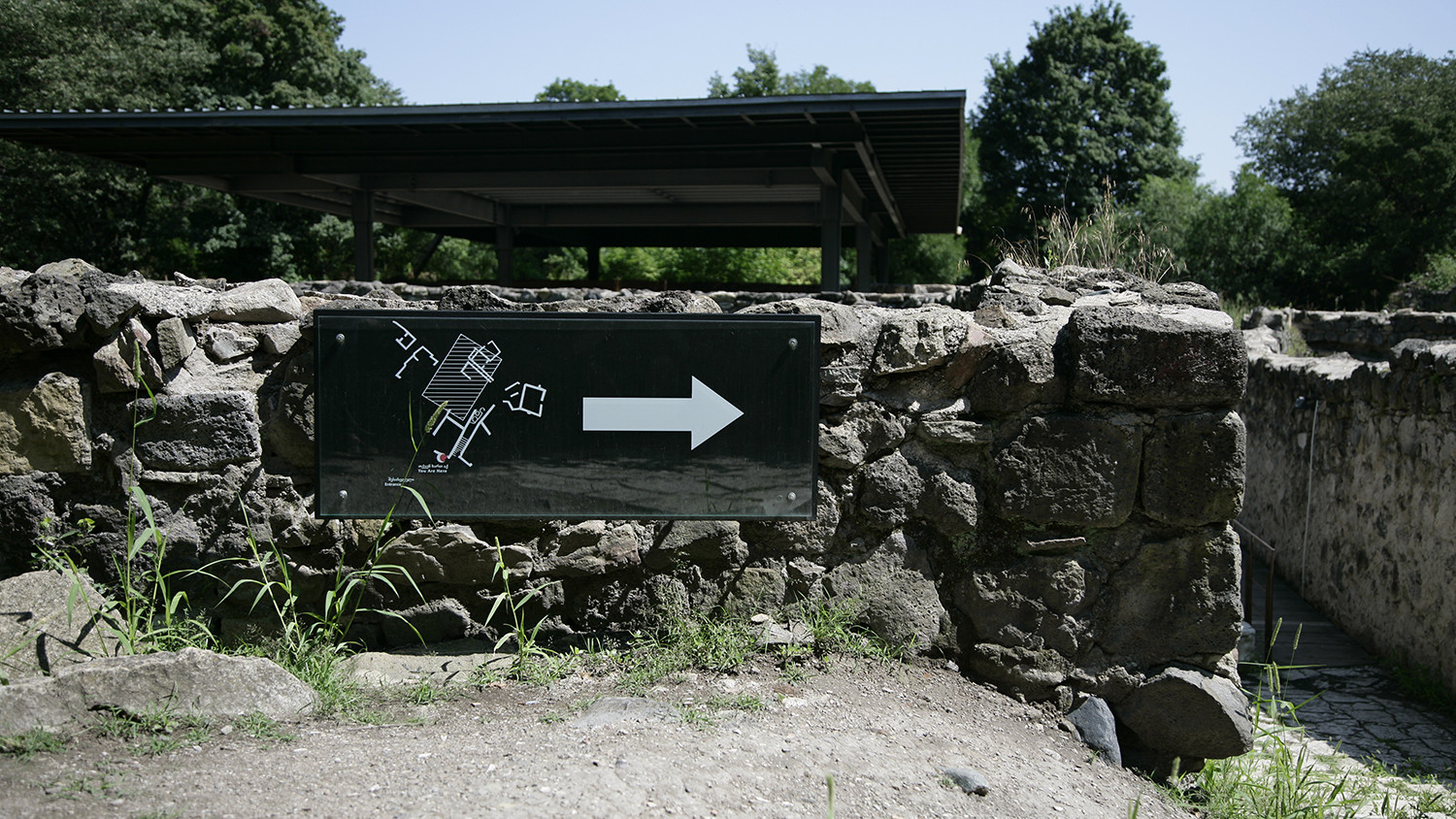 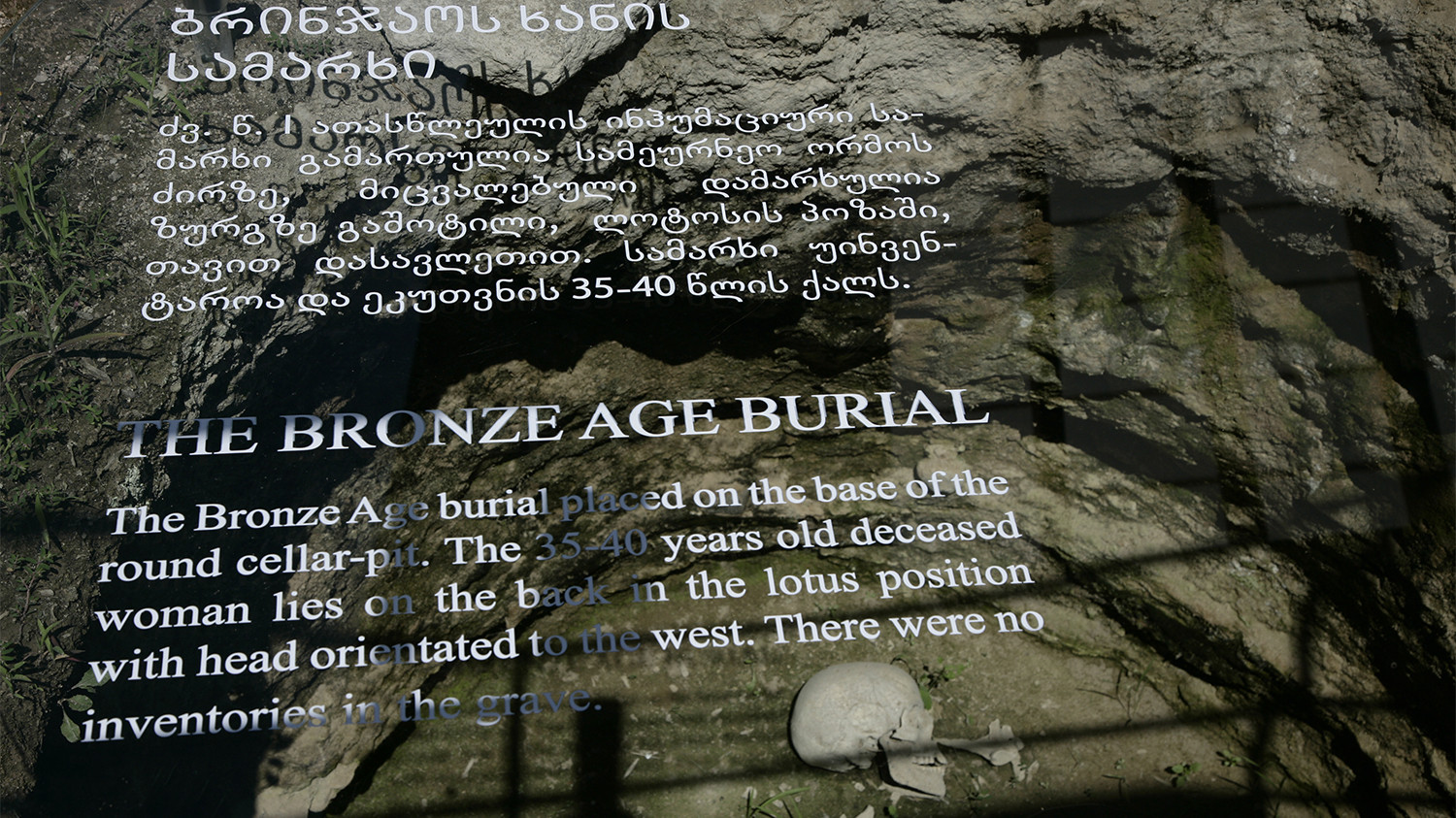 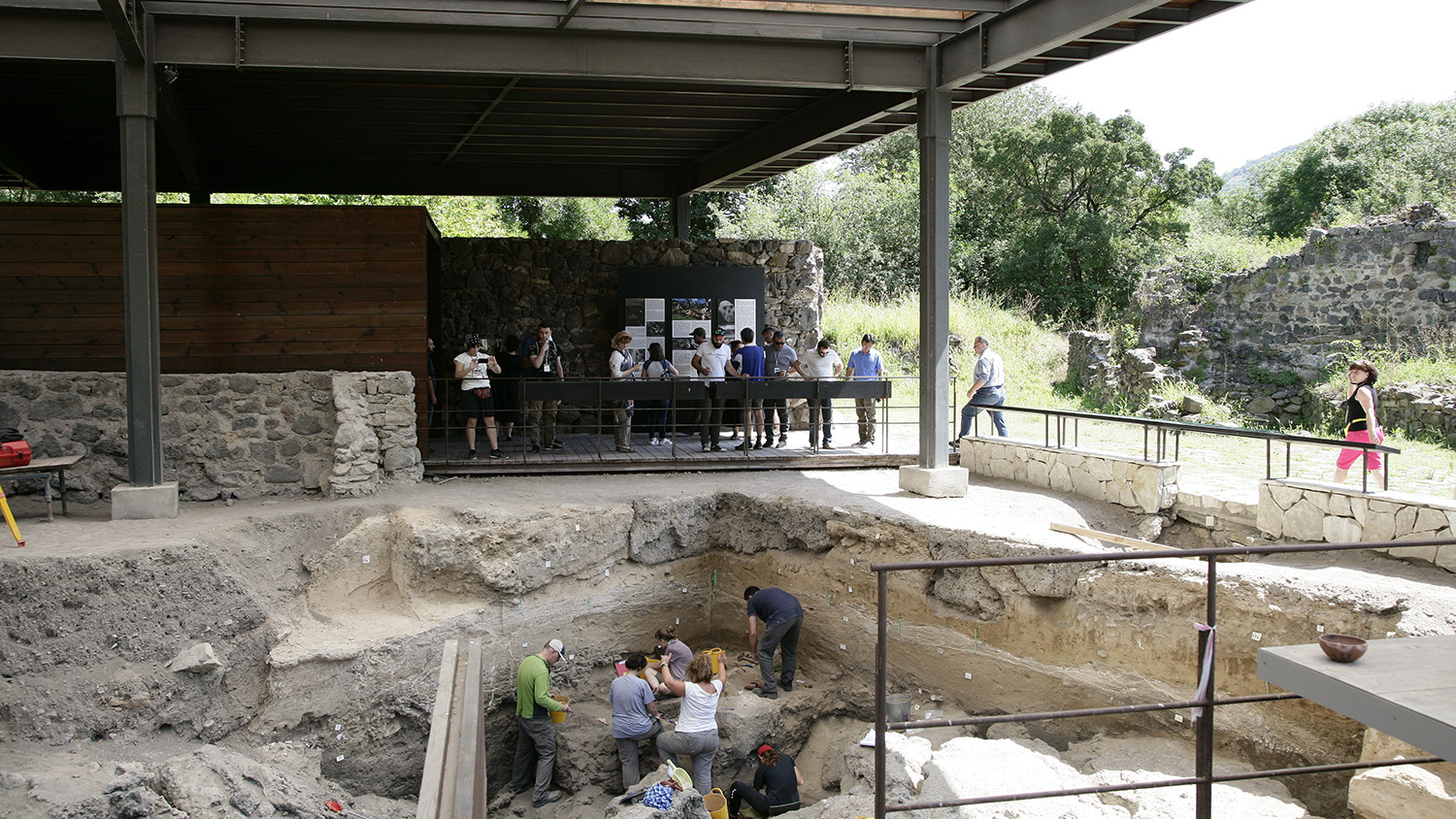 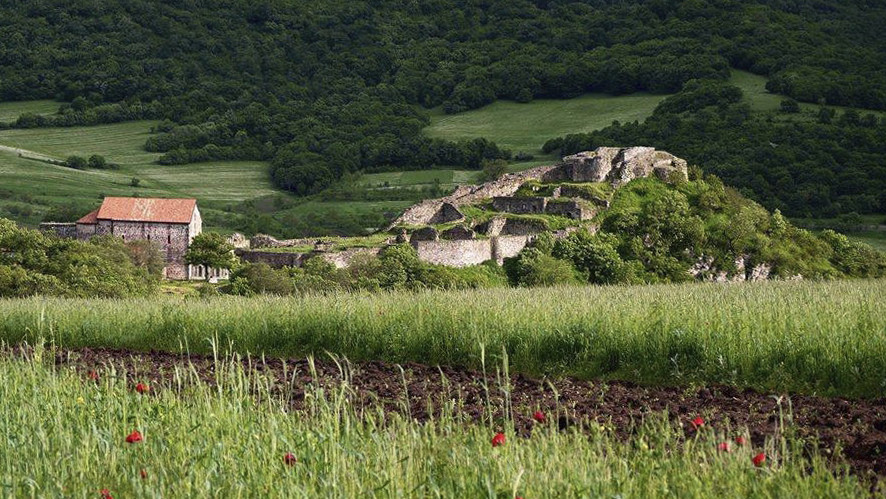 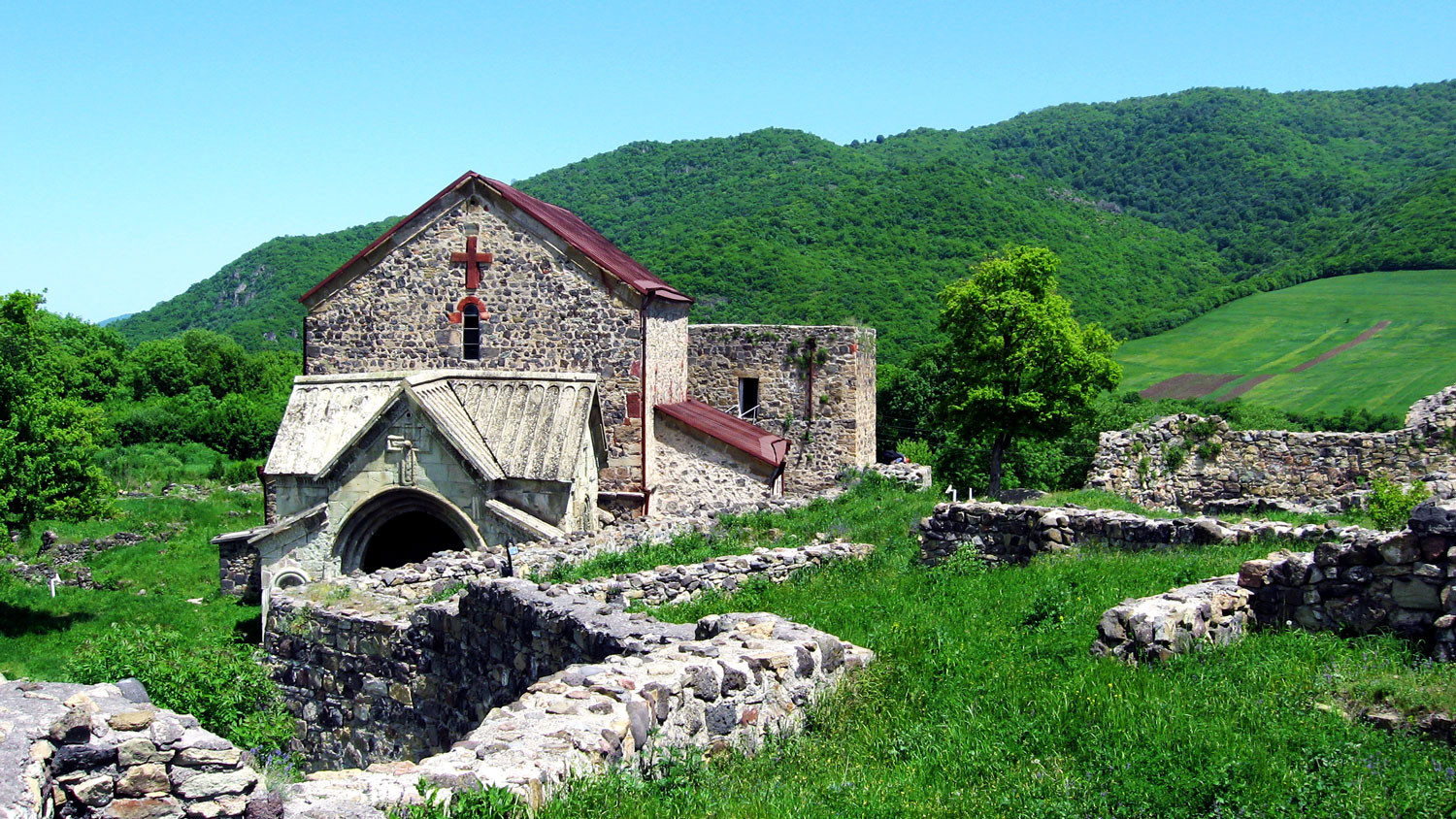 Dmanisi Archaeological Site is located in about 104 km from the capital Tbilisi, on an elevated area near the confluence of the rivers Mashavera and Pinezauri, Dmanisi Municipality, South Georgia.

Archaeological excavations in these areas started in 1936. Dmanisi Historical-Archaeological Museum-Reserve was founded in 1983. Since 2006, Dmanisi Archaeological Site is part of the National Museums of Georgia. All remains are kept at S. Janashia Museums in Tbilisi.

Excavations in 1999 and 2001 made rare discoveries of earliest hominids, later named as Homo Georgicus. Discoveries changed our knowledge on the migrations of the earliest humans from African continent to Europe and Asia. Scientists claim that the skulls of Homo Georgicus discovered at Dmanisi are 1,7-1,8 million years old. This means, that hominids of Dmanisi, named by the scientists as “Zezva and Mzia”, are the earliest humans discovered outside of Africa, and the “first Europeans”. Archaeologists claim, that there is a potential of future discoveries at Dmanisi site as well.