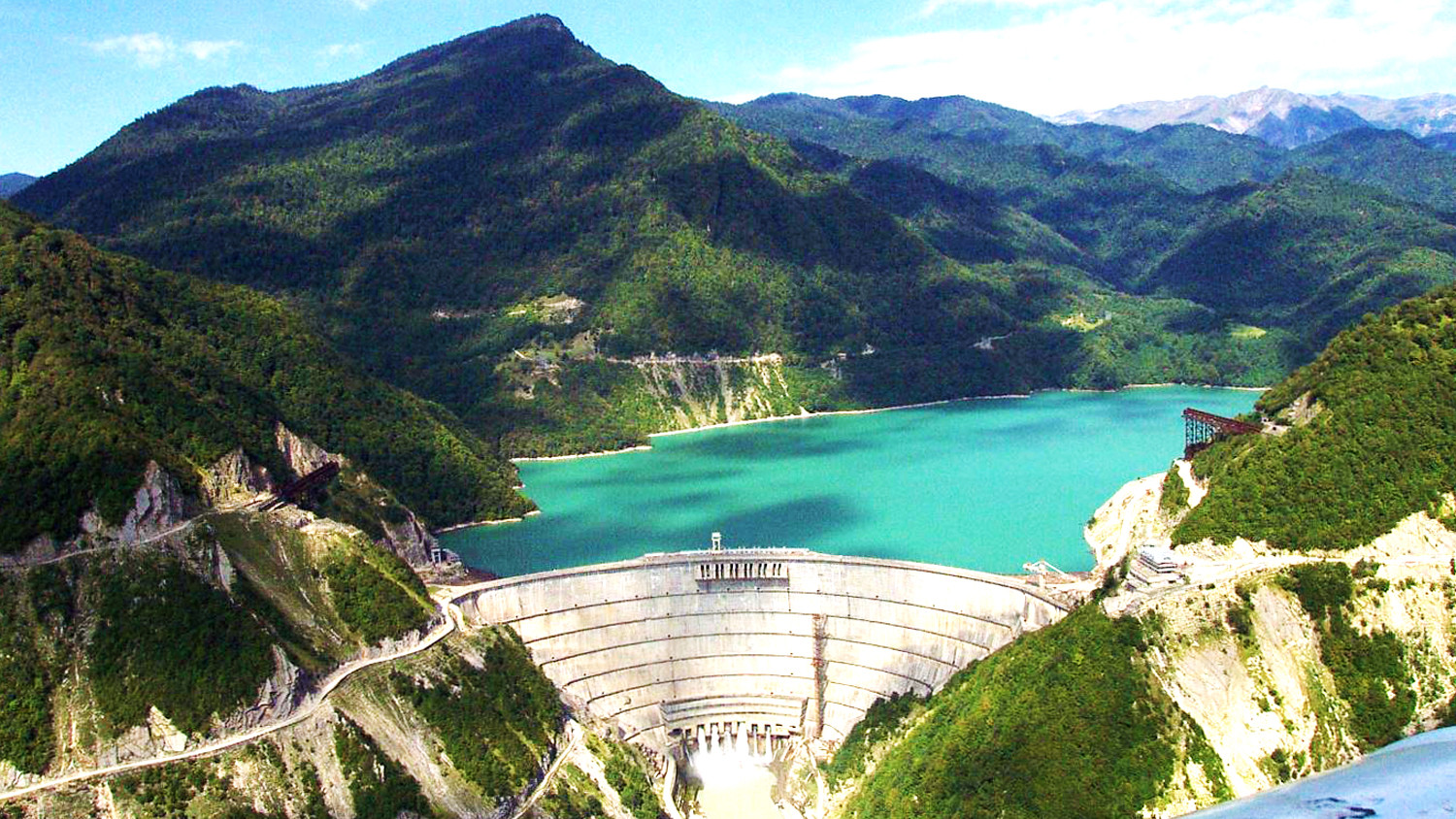 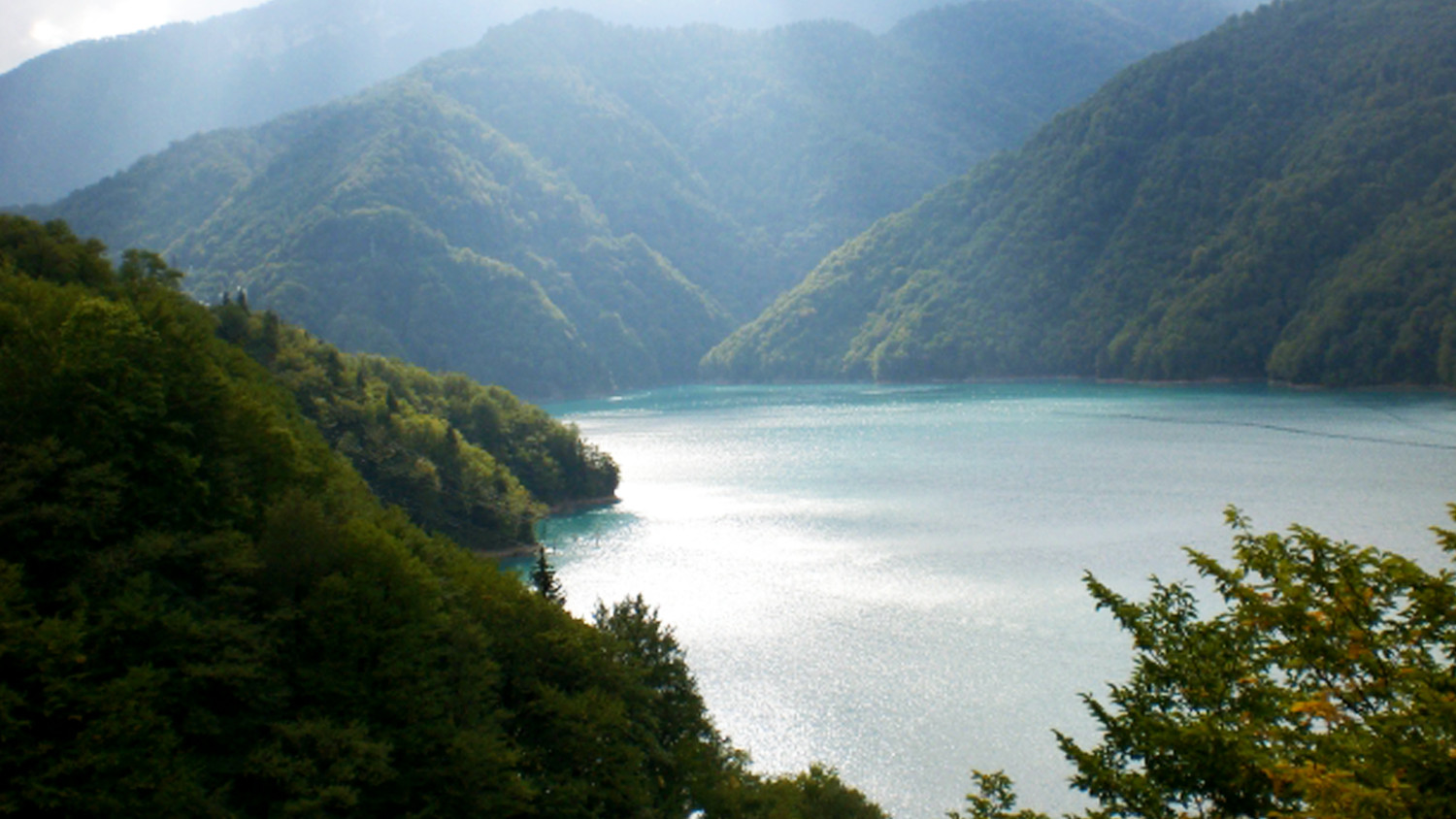 Enguri Dam is situated in Samegrelo-Zemo Svaneti municipality, West Georgia. Enguri is the name of the river that originates from the glaciers of the Greater Caucasus Mountains. The Enguri Dam is considered to be among the world’s highest concrete arch dams, with 271.5 meters in height and 728 meters in width. The dam is located on the way to Svaneti, one of the most mountainous and beautiful regions of Georgia. The construction of the dam started in 1961. The building was completed in 1987. Nowadays the Enguri hydroelectric power station provides up to 70 percent of the total electricity in the country. It should be noted that although some parts of the whole Enguri Hydroelectric Power Station complex, such as the arch dam, is situated in Upper Svaneti, four others are located in Abkhazia e.g. the power station that serves to generate electricity.